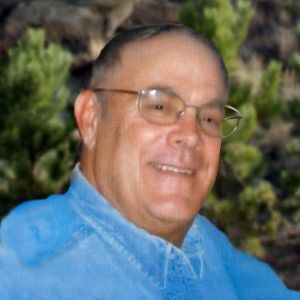 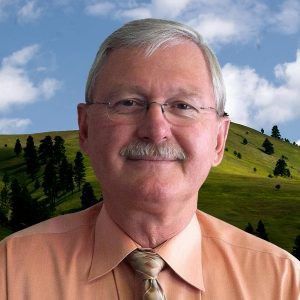 A pair of Musselshell County commissioners have been charged with lying to police after they apparently falsely accused a resident of assaulting one of them.

Commissioners Robert Goffena and Thomas Berry were charged in Musselshell County Justice Court with one misdemeanor count each of making false reports to law enforcement.

On Feb. 5, Berry called 911 to report Goffena had just been shoved by Troy Evans, a Roundup artist, in the county courthouse, according to the affidavit. However, the responding sheriff's deputy spoke to other witnesses at the scene, including Evans, who instead said Goffena had been the one who pushed him after he tried to follow the two commissioners into their chambers.

Video footage of the incident contradicted the commissioners' accounts, according to charging documents.

After Evans planted his foot in the doorway to keep Goffena from closing the door, "Goffena then can be seen shoving (Evans) backwards with his right hand while closing the door with his left hand," the affidavit states. "Throughout the footage, (Evans) does not appear to make any physical contact with Goffena."

The next day, the two commissioners provided written statements to the deputy that Evans had pushed Goffena's arm to keep him from reaching the doorknob, according to the affidavit.

Evans "then pushed me in the chest backward so I couldn't reach the doorknob," Goffena said, according to the affadavit.

Berry, a former state lawmaker, told The Gazette on Tuesday he intends to plead not guilty to the charge.

Goffena did not immediately return a phone call Tuesday. His six-year term ends this year, and he is not running for re-election, according to the county election administrator.

Yellowstone County Deputy Attorney Morgan Dake is serving as the prosecutor in the case to avoid a potential conflict of interest among Musselshell County officials, she said Tuesday. Her office is not pursuing any additional charges against the commissioners at this time, she said.

Evans said Tuesday that he had been following the two commissioners because he believed their presence together constituted a quorum of the three-member board, and was therefore a public meeting. They had initially left the commissioners' office and gone into the courthouse basement, Evans said, and he and several other people followed them.

"We all went downstairs to the public meeting, walked in the room, and as soon as we walked in the room, Berry and Goffena walked out" and headed back up to the commissioners' chambers, he said. When Evans tried to enter behind them, he said "Goffena pummeled me in the sternum with the palm of his hand, pushing me about 4 feet and slamming the door in my face."

He said that while he continued to follow the commissioners through the courthouse, he never provoked Goffena to respond physically.

"I see that as me following not only my rights but my responsibility as a citizen to ensure that government functions properly," Evans said.

A charge of a false report to law enforcement is punishable by a fine up to $500 and a jail term of up to six months, or both.

Musselshell County is still without a Disaster and Emergency Services director after Adam Carlson resigned in January.