A court has ruled that all ballots postmarked on or before Election Day will be counted for the November election only.

Plaintiffs in the case, Democratic organizations, had sought a permanent postmark deadline. Harris instead imposed one only for the November general election.

The law restricting ballot collection in Montana was overturned Friday, less than six weeks ahead of Election Day.

In a lawsuit brought by Western Native Voice and five tribal governments, Yellowstone County District Judge Jessica Fehr found that the Ballot Interference Prevention Act of 2018 infringes on the fundamental right to vote and violates due process rights.

"This case and the facts presented at trial turn a spotlight to our fellow citizens that still live below the poverty line with limits to health care, government services, mail services and election offices — those citizens are the Native Americans that reside on reservations within Montana's borders," the order reads. "The questions presented cannot be viewed through the lens of our own upbringings or own life experiences, but through the lens of the cold, hard data that was presented at trial about the clear limitations Native American communities in Montana face, and how the costs associated with the (Ballot Interference Prevention Act) are simply too high and too burdensome to remain the law of the State of Montana."

The ruling could still be appealed to the Montana Supreme Court.

"If we are disenfranchising one person that is one person too many," McLean-Pollock said.

The act limits people to dropping off no more than six ballots completed by other individuals. Delivering more ballots is punishable by up to $500 per ballot in excess of the limit.

Upon delivery at the elections office, the ballot collector must complete a form documenting whose ballots they are delivering. It must be an acquaintance, family member, caregiver or friend.

McLean-Pollock said the COVID-19 pandemic heightened concerns about voting access for those with inconsistent mail service, lack of transportation or other barriers. Many counties in Montana will conduct their elections by mail this fall.

Western Native Voice hires election workers each year roughly three or four days before Election Day. They're trained to tally up every ballot they collect for data purposes but don't always follow through in the final stretch of the voting season.

For that reason, McLean-Pollock believes the 853 ballots her organization delivered on behalf of voters in 2018 is an under-count.

The lawsuit brought by Western Native Voice went to trial earlier in September.

A parallel challenge to the law went to trial before Yellowstone County District Judge Donald Harris the next week. A ruling is expected soon in that case, as well.

Department of Justice spokesman John Barnes declined to say whether the state would appeal.

"We’re reviewing the court’s opinion and will decide next steps in due course," he said.

In-person voting in the 45 Montana counties that opted for a mail ballot election will begin Oct. 2. For the rest, it begins Oct. 5.

Those counties that did not opt for the mail ballot election in November are: Broadwater, Carbon, Chouteau, Fergus, Mineral, Petroleum, Powder River, Powell, Stillwater, Treasure and Wibaux.

Wind gusts as high as 40 mph continue to spread a wildfire burning in the Medicine Bow National Forest.

Secretary of state: Later ballot deadline could be confusing

The secretary of state wants the Montana Supreme Court to block a judge's ruling that extends the deadline for county election offices to accept 2020 general election ballots returned by mail, saying the ruling could confuse voters.

The Montana Supreme Court has stayed a lower court's order requiring any ballot with an Election Day postmark to be counted. 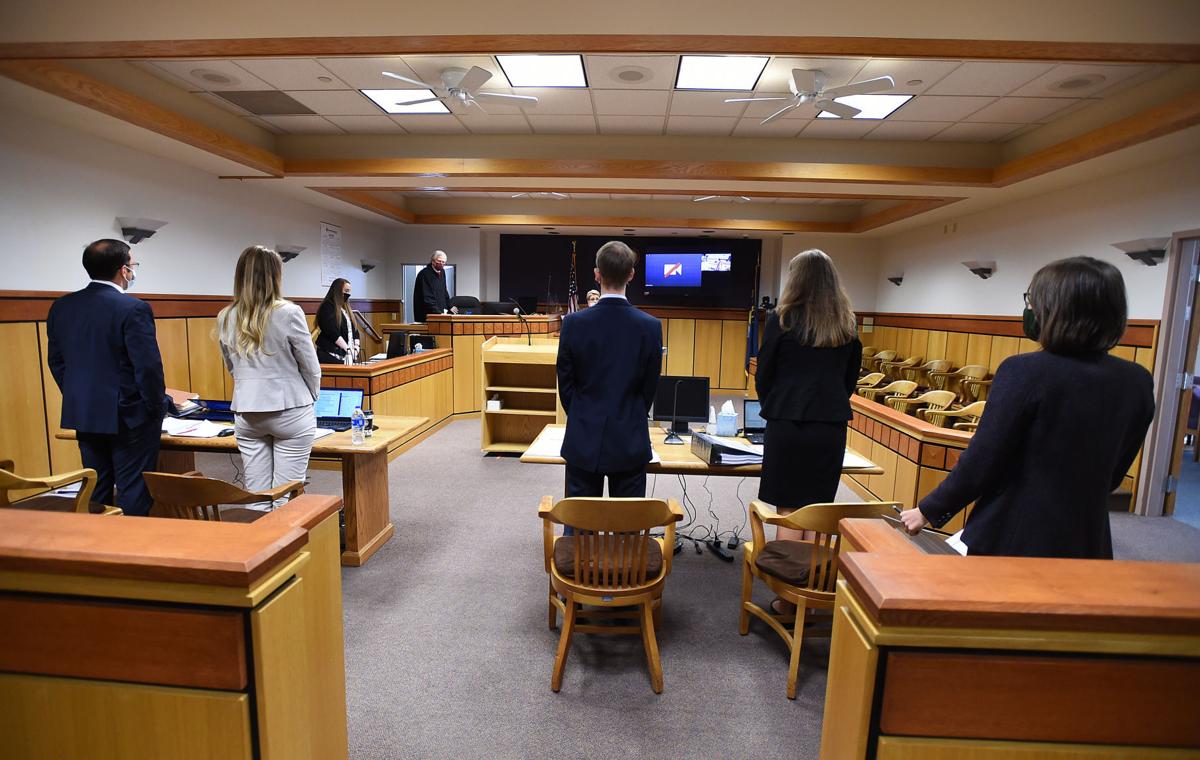 Attorneys for the Secretary of State and the Democrat party gather in District Court Judge Donald Harris' court for a lawsuit over ballot restrictions on Monday. 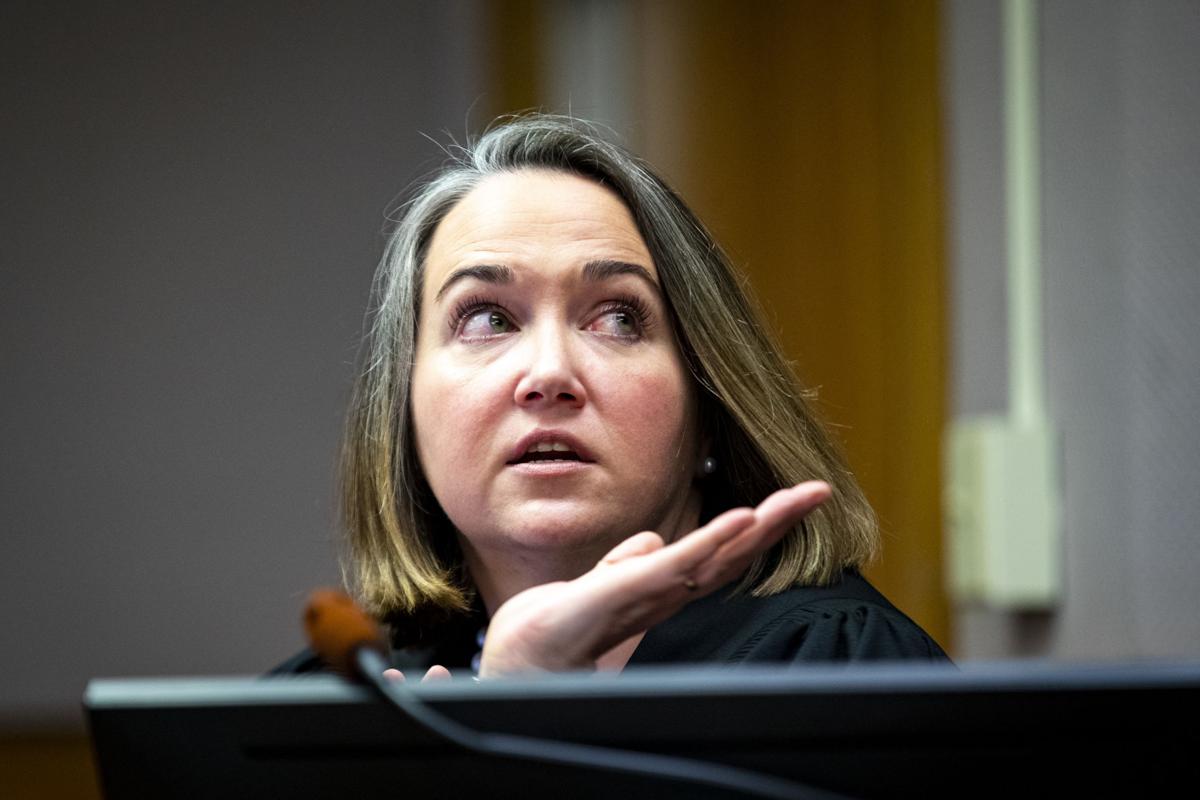 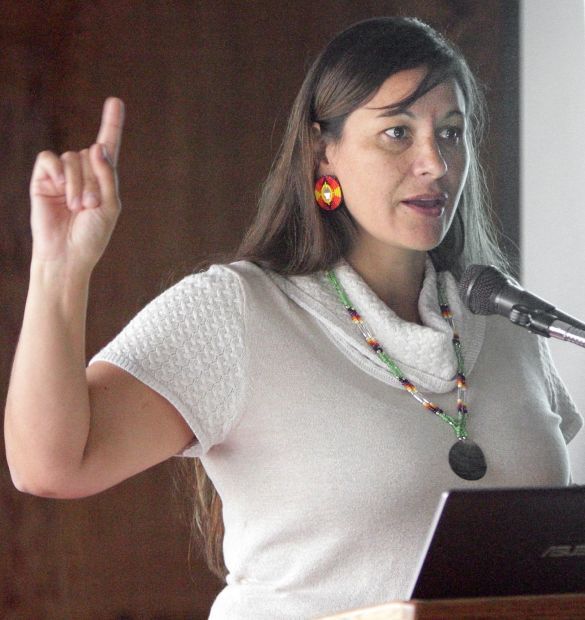