SpaceX rocket ship blasts off into orbit with 2 Americans

Bray, 57, from Laurel, was reported missing late Tuesday afternoon. She was last seen leaving her workplace, Cedar Ridge Casino, around 12:30 a.m. Tuesday, according to a press release issued Wednesday morning by Yellowstone County Sheriff Mike Linder. The release asked for the public's assistance in finding Bray.

Her car was found later Tuesday morning near the intersection of Buffalo Trail Road and Laurel Airport Road. She hasn’t been seen since, according to Linder. She is 5-foot and 3-inches, weighs 98 pounds, and has blonde hair.

The Cedar Ridge Casino is located at 315 S. First Avenue in Laurel about two miles from where her car was found near the Yellowstone National Cemetery. The make or description of her car was not available.

Late Tuesday afternoon a few friends and family members searched the area but quickly ran out of daylight. They found a light jacket of Bray’s just up the road from where her car sat abandoned, according to her son, Justin Smith.

Out of options, Culp turned to social media. Culp’s Facebook posts of Bray’s disappearance have been shared hundreds of times. Soon Culp organized a volunteer search for Bray near where her car was found.

Wednesday morning a group of about 50 people gathered to search land behind where Bray's car was found. Some were friends, co-workers or neighbors; others were strangers who saw the Facebook post and wanted to help.

“We’re searching for whatever we can find,” Culp said.

Search efforts included the volunteers; the sheriff’s office was working to search from the air with a helicopter; and Yellowstone County Search and Rescue were part of the efforts Wednesday, said Lt. Tim Seigle.

As of Wednesday afternoon the Sheriff’s office had no suspects, but were treating her disappearance as suspicious, he said.

At the search, longtime friend and former co-worker Shannon Plotner waited to get started, and kept Bray’s pit bull Mack on leash.

Plotner was suspicious of Bray’s disappearance because she had seemingly left her two dogs, Mack and Nikki, at home alone. That was entirely unlike her, as Bray typically doted on her two rescued pit bulls; "they were her whole world," she said.

“It’s sad to say that I have no hope that she’s alive,” she said. Plotner described Bray as kind, honest and always eager to help out.

“We just got closure with Miranda’s case, why would something like this happen again in this small town?” Plotner asked, referring to the recently solved 1998 murder of Laurel teen Miranda Fenner.

Just before noon on Wednesday the Sheriff’s Deputy Josh Leonhardt instructed the volunteers on how to search, and said they were not to touch anything they found. With that, the group of about 50 spread out and to search public land to the west of Buffalo Trail Road.

“I hope we get answers,” Plotner said. “And I hope she’s not suffering.”

Anyone with information is asked to call the Yellowstone County Sheriff's Office at 406-259-2929.

A Nevada man accused of killing his girlfriend, whose body remains missing, has been returned to custody in Montana and is denying the charges.

Survivor of brutal attack, rape speaks at sentencing for man who tried to kill her

A woman who was raped, stabbed and left for dead nearly 21 years ago by Zachary David O'Neill testified at his sentencing for the crimes Friday.

1 dead after crash near Ballantine

One person died Wednesday night after crashing a car near Ballantine, according to the Montana Highway Patrol.

The former chief judge and court administrator for the Crow Tribe have sued over their termination, claiming a flawed investigation led to the…

A 61-year-old Kansas man on a hunting trip got lost for two days in the Bighorn Mountains. Poor weather hampered the search, but he was found safe.

A woman who was found dead outside of Laurel Wednesday has been officially identified as Lori Bray, who went missing early Tuesday morning.

A teenager was taken to the hospital with serious injuries Saturday morning after a car she was in crashed into an embankment off Rimrock Road.

Five years after her disappearance, a Minnesota county's officials again are asking the public for help in the search for Melissa Dawn Eagleshield.

Less than two weeks after the disappearance and death of Lori Bray, the Laurel community is coming together to celebrate her life.

When darkness fell Sunday night over Riverside Park in Laurel, candles helped push the shadows away.

Multiple agencies rescued two skiers, one with severe leg injuries, during the Yellowstone Ski Festival south of West Yellowstone on Tuesday a…

“In less than an hour, we had 2,000 shares and people commenting." Then, someone shared photo evidence: tethered to a hotel staircase, posing beside a hotel wastebasket filled with water, there was Missile.

Searchers from multiple law enforcement agencies on Thursday morning continued looking for a missing 16-year-old girl near a rest area on I-90. The area is being covered from a helicopter and off-road vehicles. 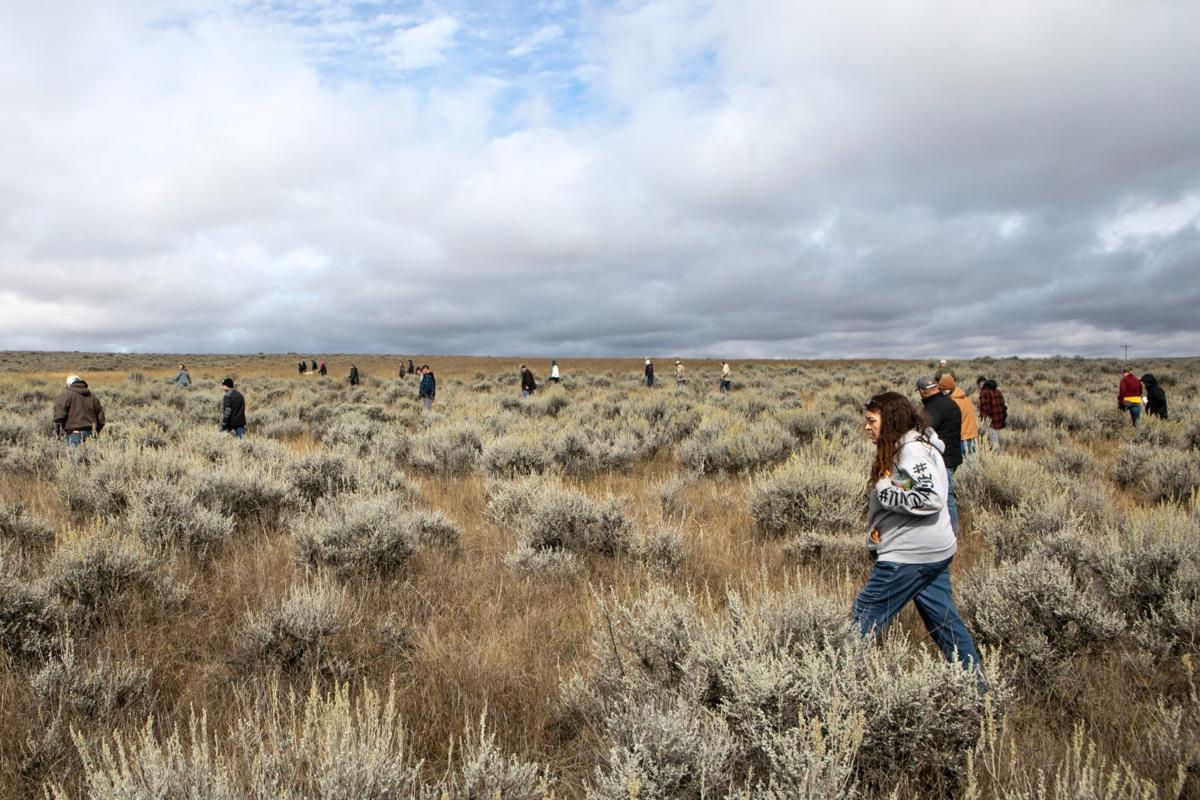 Friends and family search through a field of public land for Lori Bray near Yellowstone National Cemetery north of Laurel Wednesday. 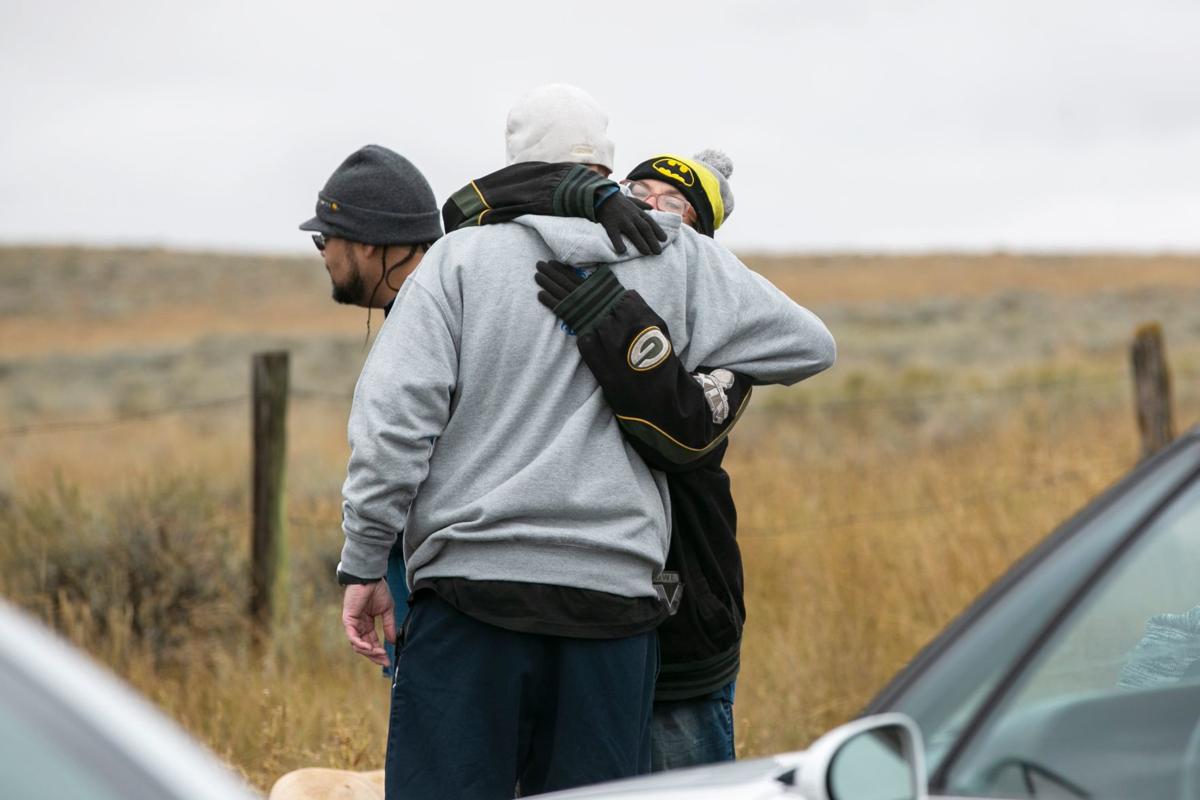 Chasiti Salveson hugs Justin Smith, the son of missing person Lori Bray as people gather near Yellowstone National Cemetery north of Laurel Wednesday. Salveson said she has lived next door to Bray ever since moving to Laurel and that she is an excellent neighbor. “She is the nicest, sweetest lady you’ll ever know,” Salveson said. 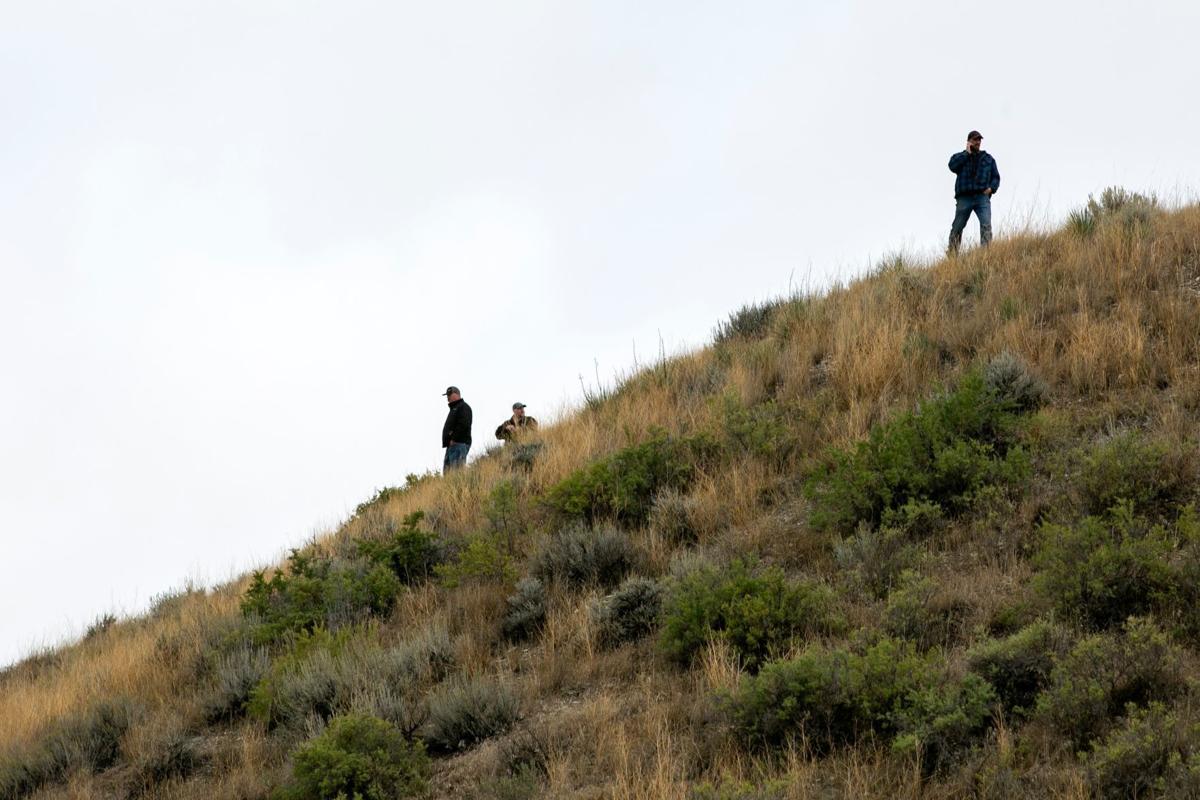 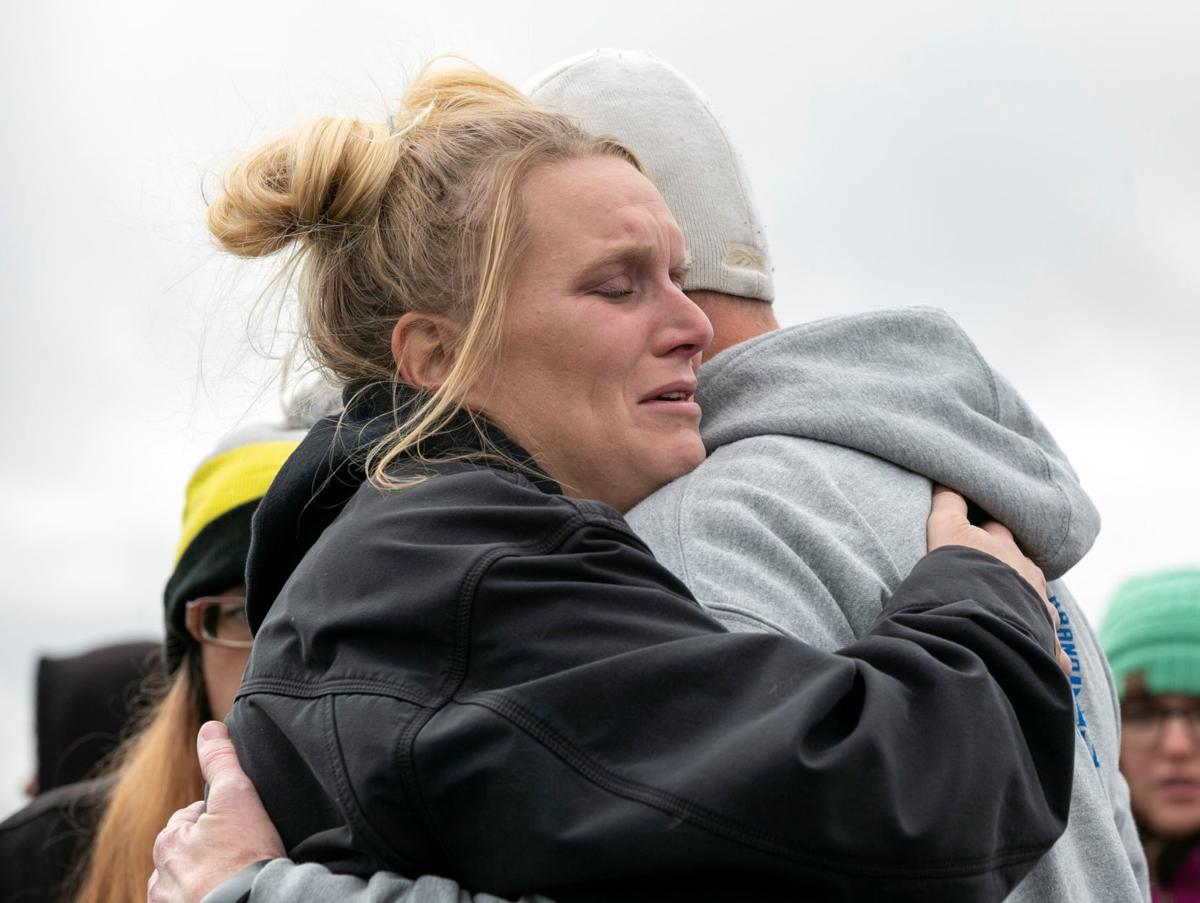 Shannon Plotner cries as she hugs Justin Smith at the scene of Lori Bray’s disappearance north of Laurel Wednesday. 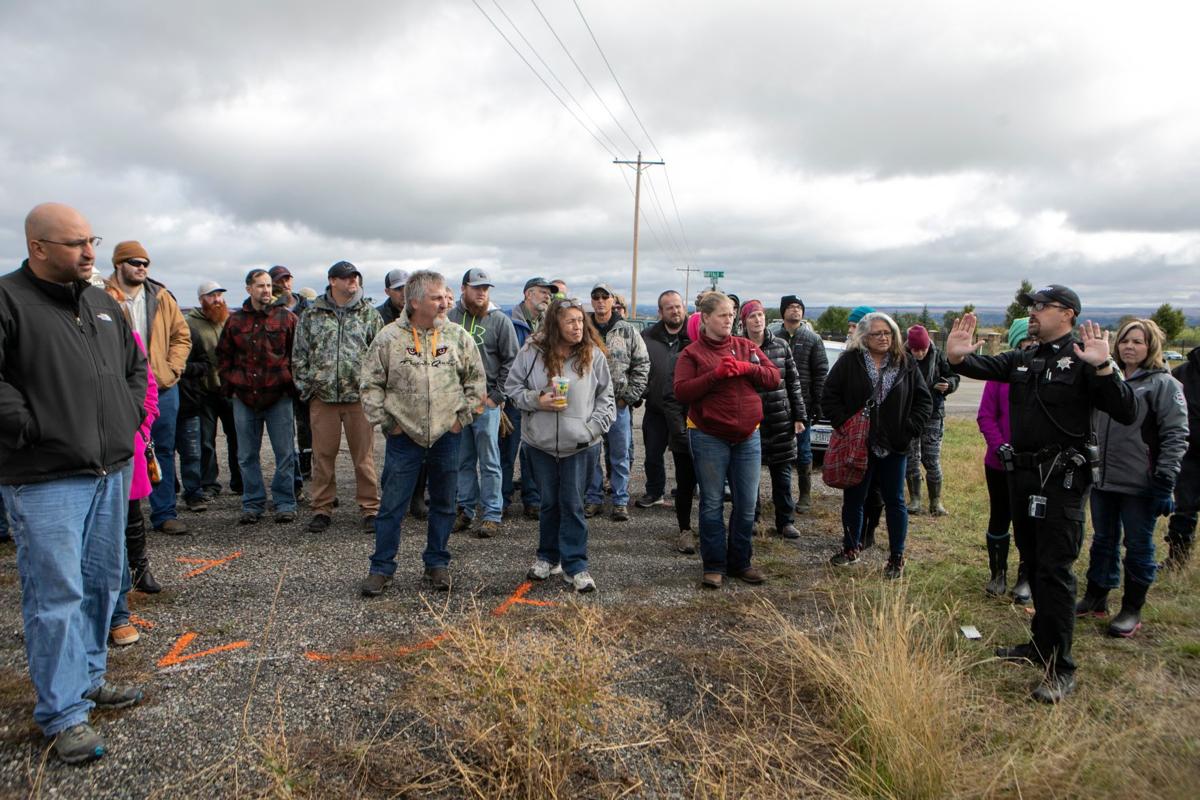 Deputy Josh Leonhardt, right, speaks to a group of volunteers as they gather to search for Lori Bray near Yellowstone National Cemetery north of Laurel Wednesday, Oct. 2, 2019. Bray’s vehicle was found at the location Tuesday, indicated by orange spray paint on the ground. 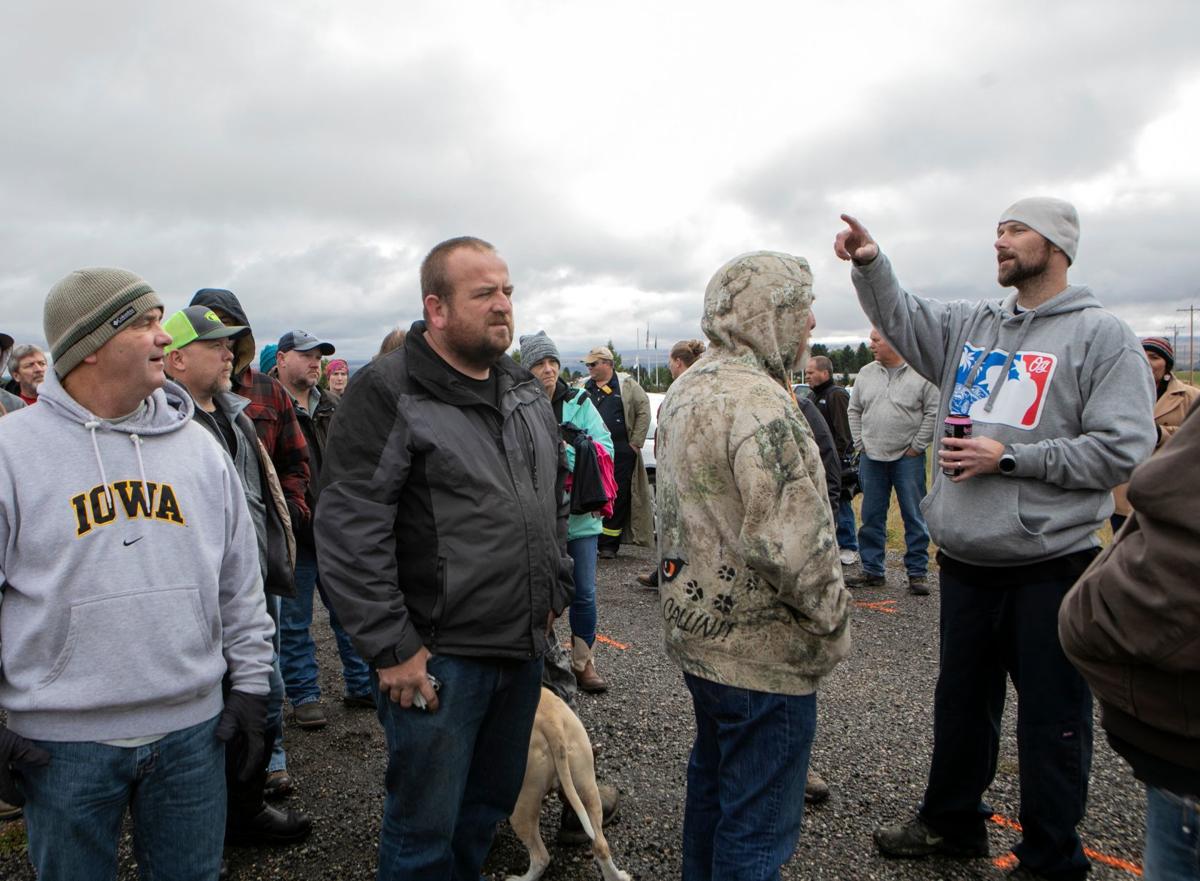 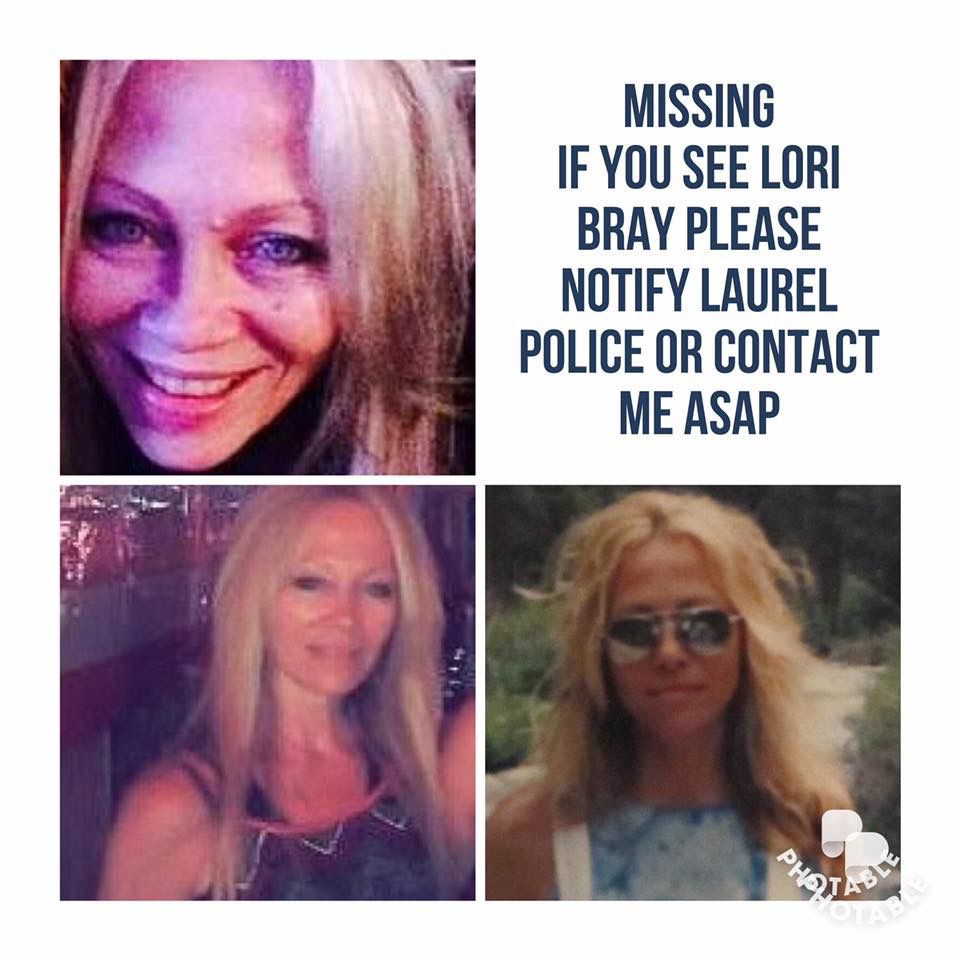 Lori Bray, 57, was last seen at 12:30 a.m. Tuesday morning leaving the Cedar Ridge Casino. Her vehicle was located later that morning near Buffalo Trail and Laurel Airport Road. Anyone with information about Bray is asked to call the Yellowstone County Sheriff's Office at 406-256-2929 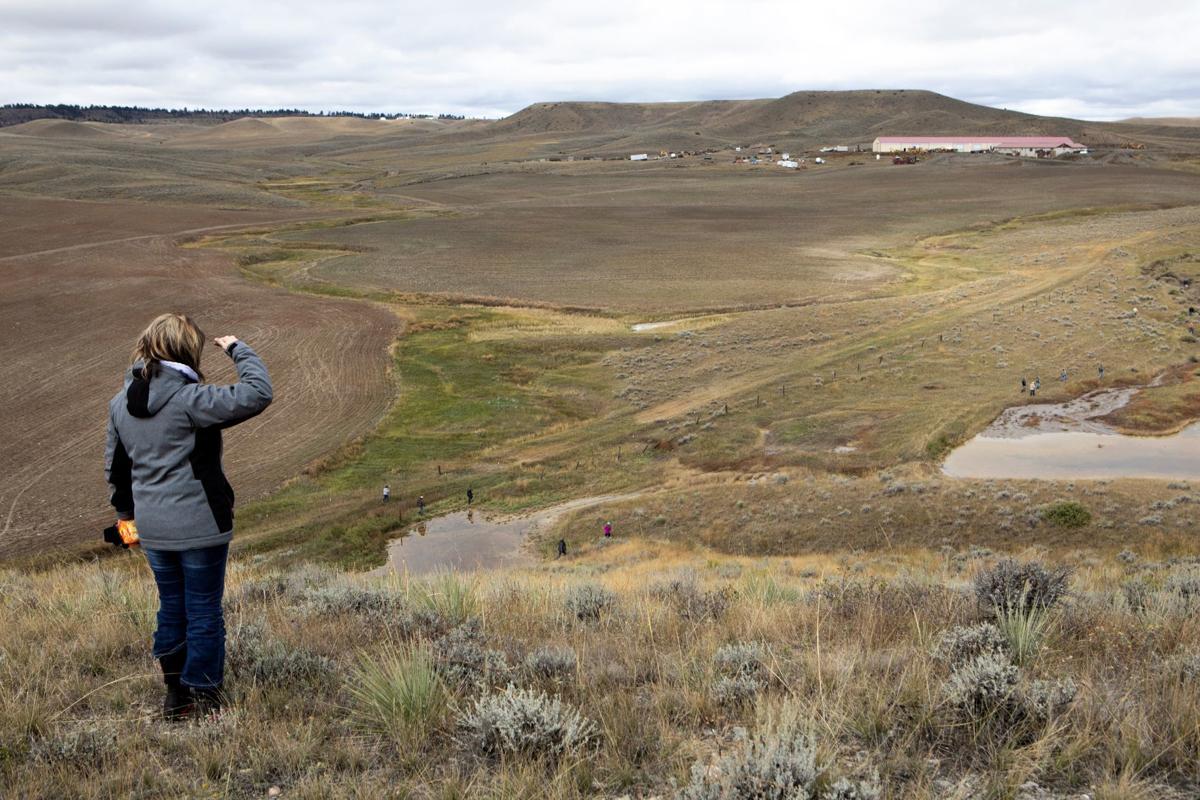 Cathy Culp, Lori Bray’s boss at Cedar Ridge Casino, looks out over a field near Yellowstone National Cemetery north of Laurel as volunteers scour the ground looking for signs of Bray Wednesday, Oct. 2, 2019.