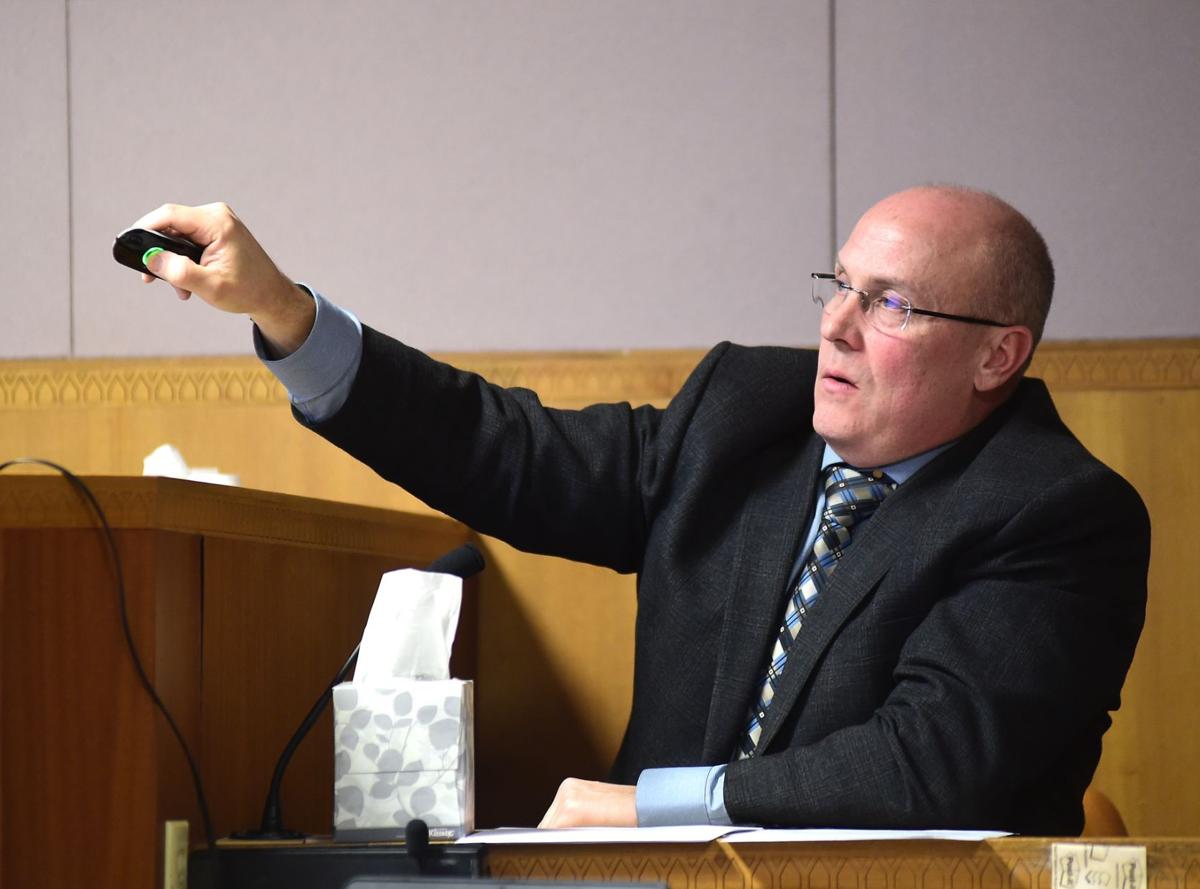 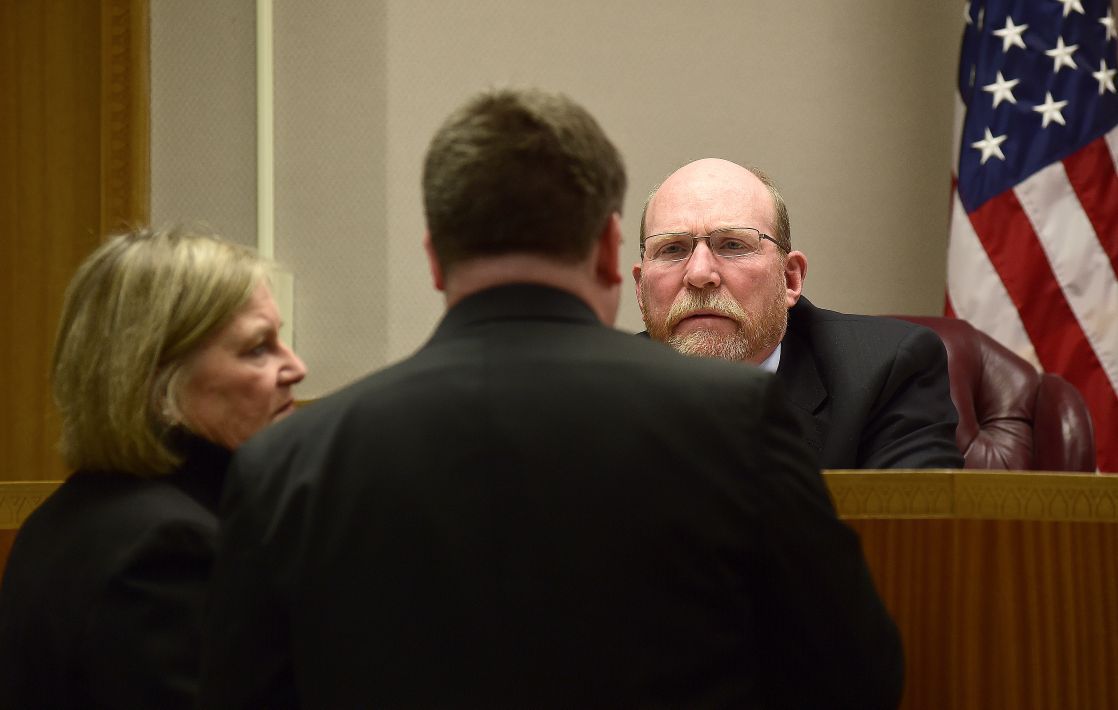 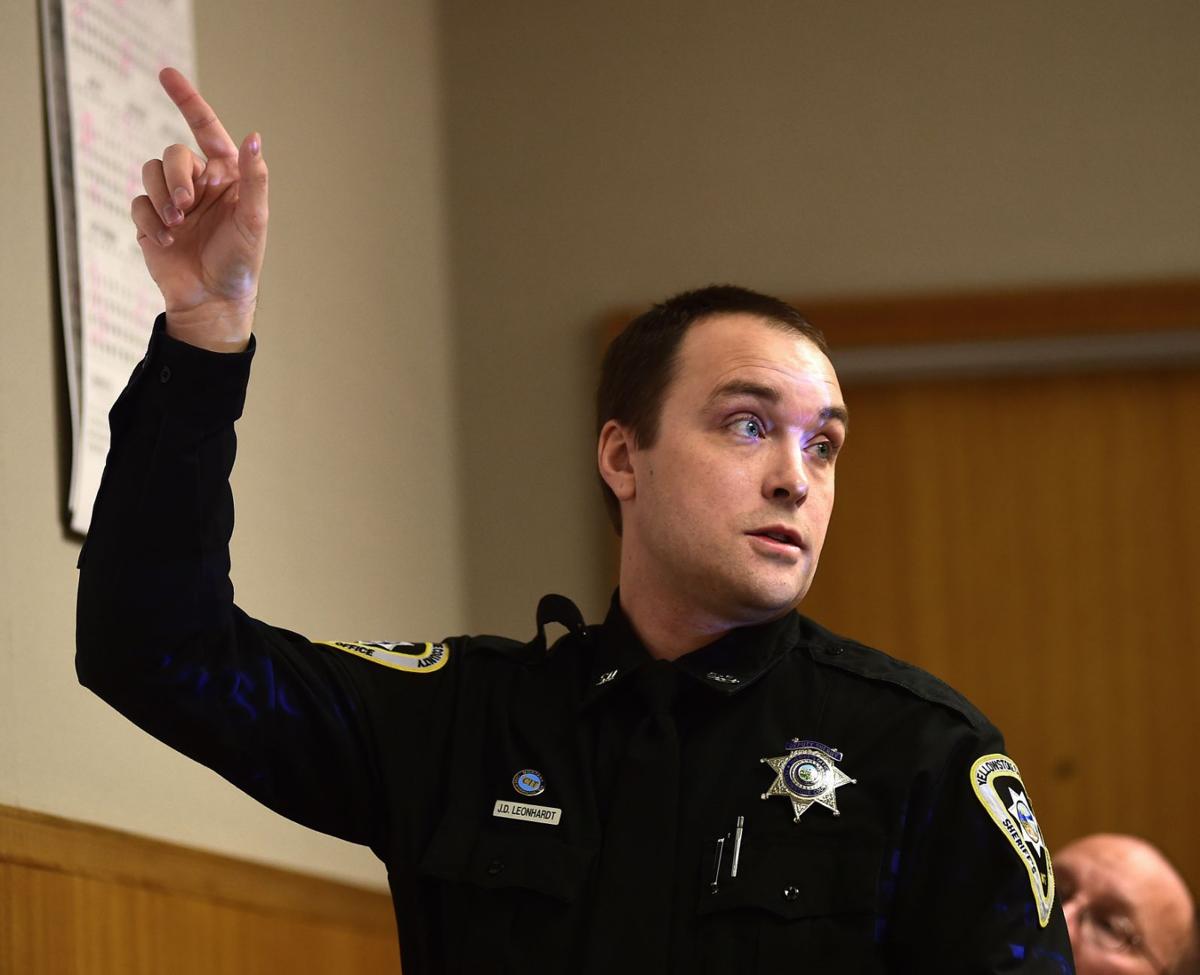 Deputy Josh Leonhardt points to a map as he testifies in the coroner's inquest into the shooting death of Loren Simpson by Yellowstone County deputies. February 2, 2016. 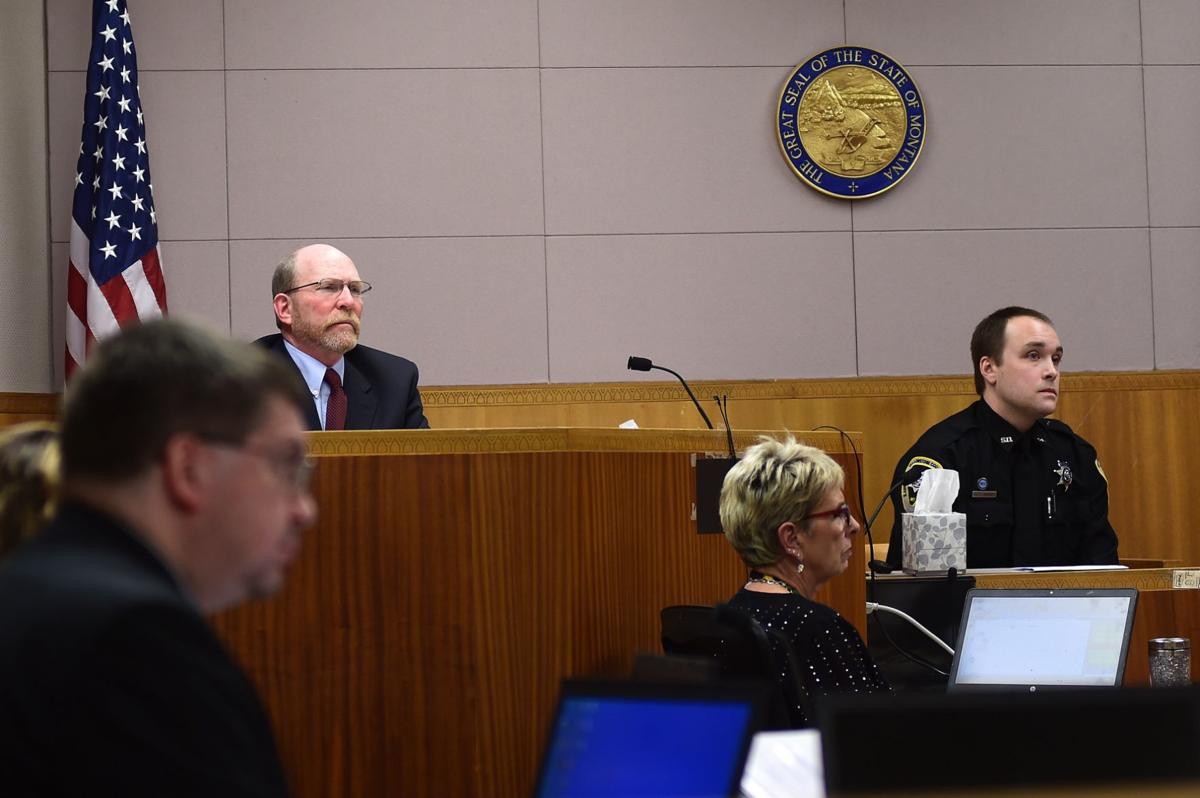 On Feb. 2, 2016, Park County Coroner Al Jenkins presides in the coroner's inquest into the shooting death of Loren Simpson by Yellowstone County deputies.

Deputy Josh Leonhardt points to a map as he testifies in the coroner's inquest into the shooting death of Loren Simpson by Yellowstone County deputies. February 2, 2016.

On Feb. 2, 2016, Park County Coroner Al Jenkins presides in the coroner's inquest into the shooting death of Loren Simpson by Yellowstone County deputies.

A teenage witness to the shooting death of Loren Simpson testified Tuesday the Ford Explorer that Simpson was driving was only 30 feet away from deputies when they raised their guns and fired.

The testimony came on the first day of a coroner’s inquest into the Jan. 8, 2015, incident, when Yellowstone County deputies Jason Robinson and Christopher Rudolph shot and killed Simpson, 28.

The teenager, who witnessed the shooting from his bedroom window, answered a juror’s question about the distance. The juror responded: That was “pretty close."

The deputies had earlier told sheriff's investigators the Explorer was accelerating toward them when they opened fire. They said they shouted several times for Simpson to stop, but that he continued toward them and that Robinson believed his life was in danger.

Five days after the Jan. 8 shooting, the two deputies resigned from the sheriff’s department. Robinson took a guard position at the Yellowstone County Detention Facility, and it isn’t clear whether Rudolph took another job in law enforcement.

The deputies were working together on the day of the shooting because Robinson was training Rudolph, who had been a deputy less than five months.

The inquest has been called to determine whether Simpson's death was the result of criminal action. Whatever the verdict, Yellowstone County Attorney Scott Twito will determine whether either of the deputies will be charged.

The two former deputies are expected to testify Wednesday when dash-cam video from their patrol car may also be presented.

Simpson was driving a purple Ford Explorer that had been reported stolen when he approached the deputies, who were waiting for him with their patrol car parked in the middle of a snowy backroad in Huntley.

Thomas Bennett is the associate medical examiner for the Montana and Wyoming and performed the autopsy on Simpson. He testified Tuesday that Simpson had at least three major gunshot wounds. Two of the shots caused major internal damage to his chest and liver. Those shots would have come through the passenger side of the vehicle, Bennett said.

A third bullet entered the back of Simpson’s head, which would have paralyzed him instantly and killed him within moments, Bennett said.

The pathologist said Simpson also had a large amount of methamphetamine in his blood stream when he was shot. In fact, Simpson had more meth in his system than anyone he had ever examined in Yellowstone County, Bennett said.

Two teenagers who witnessed the event also testified Tuesday. One of them had helped the deputies dig out their patrol car from where it had been stuck in the snow on White Buffalo Road.

The first teen testified he told deputies he had seen a purple Ford Explorer in front of his school bus on White Buffalo Road on the way home. The Explorer had been reported stolen from an auto dealership lot earlier in the day.

The teens apparently told the deputies White Buffalo Road had no outlet and said they would call the deputies if they saw the purple Explorer coming toward the patrol car.

The first teen testified he later called the deputies from where he lived on nearby Shooter’s Bluff to report the Explorer was headed their way.

The second teen, who said he lived a "football field away" from where the shooting took place, said he could see the two deputies from his bedroom window. He said the officers had their backs to him and were facing toward Shooter's Bluff, which is where White Buffalo Road leads. The teen said he was using binoculars to watch the scene and that without them he would not have known the pair were law enforcement officers.

The teen said he believed the purple Explorer that Simpson was driving was trying to get around the two deputies who had parked their patrol car in the road. He said the Explorer was about 30 feet from the deputies when they opened fire.

A gun was found in the Explorer, although it was buried under other items and not easily accessible, testified Yellowstone County Sheriff’s Detective Shane Bancroft, who led the investigation into the incident. He said there was no evidence Simpson fired at deputies as he approached.

Bancroft said there were 20 holes in the Explorer caused by gun shots.

The deputies had gotten out of their patrol car, parked to partially block the road, holding guns, Robinson an AR-15 rifle and Rudolph a shotgun.

Undersheriff Kevin Evans testified that road blocks must be approved by him or the sheriff, although there are exceptions to the policy. He said a road block should have enough room to allow the suspect to escape.

"We don't want to set up a situation where if the suspect is coming at us their only option is to go through our cars," Evans said.

Yellowstone County Sheriff Lt. Shane Skillen testified about sheriff’s office policies. He said deputies are trained not to shoot at moving vehicles because the department has no weapon that can stop a car.

Yellowstone County Sheriff’s Detective Troy Charbonneau said as part of his investigation soon after the shooting he visited Shooter's Bluff. He said he went there to see what Simpson was doing before returning on White Buffalo Road into the path of the deputies.

Yellowstone County Deputy Josh Leonhardt testified about his arrival on scene. He said both deputies appeared shaken after the shooting and said he saw no signs of life from Simpson.

A dog sitting on the passenger side of the Explorer had been shot multiple times but survived, he said.

Neither officer had any prior complaints of excessive force, Evans said.

Simpson's family has filed a civil suit against the county for his death. Their lawyer, Nathan Wagner, was in the courtroom Tuesday.