The 24-year-old Billings man who police say engaged in an hourslong standoff Thursday night in a Rose Park-area home is facing 12 charges stemming from a string of crimes dating back to May.

Rhye Temple appeared in Yellowstone County Justice Court on Friday, and his bond was set at $150,000. He is scheduled for arraignment in District Court on Sept. 26.

Court documents say Temple was the subject of investigations by the Billings Police Department, Yellowstone County Sheriff's Office and the Montana Highway Patrol.

The felony assault charge against Temple comes from a May 11 incident during which someone on Jellison Road tried to question the driver of a car after seeing it speed across a cattle guard on private property. When the person was able to catch up in their own vehicle, they asked the driver what they were doing on private property.

The driver answered "Whatever the f--- I want," after which the property owner "saw the barrel of a pistol coming up from the seat area towards the window as the male rolled the window the rest of the way down," according to court documents. A license plate number provided by the victim to law enforcement matched that of a vehicle believed to have been stolen by Temple, according to court documents.

Temple is also accused of stealing:

Court documents also tie Temple and a female suspect to the theft of two Amazon packages from the porch of a Cherry Hills Road residence.

No new charges related to the Thursday standoff have been filed, according to a Friday press release from BPD Lt. Brandon Wooley, and other criminal investigations remain ongoing.

Temple had been inside the home at 2215 Avenue B on Thursday at 4:50 p.m., when police arrived to arrest him on outstanding warrants, according to the press release. Temple was the subject of ongoing criminal investigations, and police had learned he was possibly armed, Wooley said.

Police said when they arrived they saw Wilson, identified in the press release as Temple’s 23-year-old girlfriend, walk into the home. When officers approached the home and knocked on the door, no one answered, but they heard a male and female inside arguing, the release said.

Police then set up a perimeter and activated SWAT and a hostage negotiation team. Over the course of four hours, officers continued trying to communicate with Temple and Wilson, Wooley said, but were unsuccessful.

Shortly after 9 p.m., SWAT officers entered the home and arrested Temple and Wilson without incident, the release states. No firearm was found.

Temple and Wilson were booked into Yellowstone County Detention Facility on outstanding warrants.

Wooley said the department wanted to thank residents of the Rose Park neighborhood for their patience in dealing with the disruption. He also said the police response showcased teamwork between separate divisions of the force.

"These specialized units train constantly and are equipped for these situations," he wrote. "We are happy that no one was injured in the operation and the community is safer as a result of the arrest."

The Billings Gazette's Michael Kordenbrock and Phoebe Tollefson contributed to this report.

BOZEMAN — Officials in southwestern Montana say three houses were burned in a wildfire in Gallatin County.

A person is in police custody after a standoff in a Billings West End neighborhood that lasted at least three hours Thursday night.

After securing $90,000 to pay for a master plan, Billings parks and economic development officials are eager to begin reclaiming the city’s ti…

GREAT FALLS — A Montana photographer is suing Netflix, alleging the company violated copyright law by using one of his photos without permissi…

Woman admits driving 10 pounds of meth from Phoenix to Billings

A woman has admitted in U.S. District Court to transporting more than 10 pounds of meth into town from Phoenix this summer.

A Billings man has pleaded guilty to federal drug charges after investigators found more than 12 pounds of meth in his storage unit and vehicle.

A man accused of stealing a Jaguar car, running from police and causing a four-vehicle crash Thursday night in Billings had a breath alcohol c…

Suspect in custody after bomb threat at North Dakota bank

A man is in custody after walking into a Bismarck bank Wednesday demanding money from an employee and stating he had an explosive device.

Officers move away from the front door of a house on the 2200 block of Avenue B during a standoff on Thursday, Sept. 13, 2018 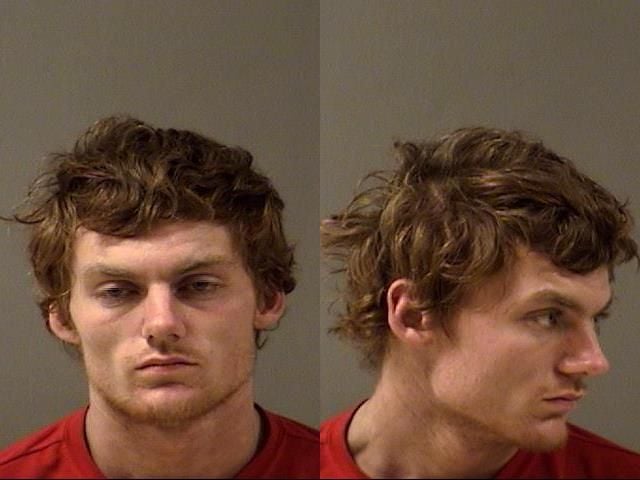