Two former nurses and a current inmate at the Montana State Prison were charged in Powell County Justice Court on Wednesday for conspiring to bring methamphetamine, prescription drugs, and a cell phone into the prison.

According to court documents, Tiffany Jeanette Houston, a travel nurse working in the prison last year, smuggled drugs and a phone to Anthony Roy St. Dennis, an inmate at the Montana State Prison currently serving 100 years for stomping a 56-year-old homeless Navy veteran to death in Missoula twelve years ago.

Houston has been charged with two felony counts of transferring illegal articles and three misdemeanor counts for obstructing a peace officer, official misconduct, and criminal possession of dangerous drugs.

Newcomb was charged with a felony count of conspiracy to commit transferring illegal articles.

The Montana Department of Corrections hired the two nurses to work at the state prison last spring, and the crimes they and St. Dennis have been charged with allegedly occurred in June and July.

Houston and Newcomb were fired after the misconduct allegations were made against them and no longer work at the prison, according to Amy Barton, interim communications director for the DOC.

DOC investigators started a months-long investigation into the alleged contraband in July, after prison officials confiscated letters sent between inmates in one of the locked housing units, where St. Dennis was incarcerated, that indicated there was a cell phone and a charger located in one of the unit blocks.

A day later, officers located the cell phone, which was hidden in the plumbing of St. Dennis’s toilet.

Officers also located over a dozen letters between St. Dennis and a prison nurse, later determined to be Houston.

The DOC's final investigation was handed over to the Powell County Attorney’s office just over a week ago.

The charges filed against Houston, Newcomb, and St. Dennis stem from the DOC investigation.

That investigation found that, between early June and the end of July, St. Dennis and Houston exchanged mostly romantic letters related to their “budding relationship." But they also allegedly wrote to each other about how to sneak a cell phone into St. Dennis, documents state.

In one of the letters, St. Dennis reportedly wrote, “How would you feel on gettin me a phone? … We can talk any time. Send pictures. It would be Just us. I got a few ways to have you get it to me, if your down.”

Court documents say Houston wrote, “I will work on the phone thing & the other RN whom I 100% trust said she would help me figure it out.”

That RN was allegedly Newcomb — and this wasn’t the first time she’d been a part of questionable activity inside of a prison, court documents allege.

According to investigators’ interviews with St. Dennis and Newcomb that are outlined in the court documents, Newcomb helped St. Dennis convince Houston to bring in the contraband, and St. Dennis believed she had smuggled illegal items into a previous prison.

Newcomb was reportedly referred to by many people in the state prison as “Jackie Perry,” apparently because she was in a relationship with an inmate with the last name of Perry. Rumor had it that this inmate was housed in North Carolina’s Lanesboro Correctional Facility, where Newcomb worked as a contracted nurse before coming to Montana.

Newcomb was reportedly fired from the North Carolina facility for going onto units she was not assigned to and not doing her assigned duties, according to information DOC investigators received from the Lanesboro prison, court documents state.

Jerry Higgins, communications officer for the North Carolina Department of Public Safety, confirmed via email that Newcomb was a traveling nurse contracted with the Lanesboro facility from September 2017 to January 2018. Higgins said her contract was not renewed for unknown reasons.

Letters detailed in the Powell County court documents indicate Newcomb helped Houston and St. Dennis brainstorm about how to get a cell phone to St. Dennis.

Court documents allege that the plan they decided upon and pulled off involved concealing it within knee wraps and an icing or heating pad that were exchanged between Houston and St. Dennis.

Once St. Dennis received the phone sometime between July 10 and July 17, 2018, he called and texted Houston on numerous occasions.

St. Dennis’s phone was also in contact with “a phone with a telephone code from near Lanesboro, North Carolina,” court documents say.

The court documents indicate that “Wellbutrin and Effexor are commonly sought after non-scheduled drugs as they can be abused to cause the individual to get ‘high.’”

In one such letter, St. Dennis allegedly wrote, “Well am high…thank you. I mix both, lil a fresh cocktail on a friday night.”

In another, he reportedly wrote, “And those Wellbutrin’s you been (scratched out word) hooking it up with … I like sniffing and drinking a hot cup of coffee. The burn is the best part. Thank you baby for that.”

On July 24, 2018, after both Houston and Newcomb had been interrogated, investigators sat down with St. Dennis.

Court documents state he admitted to manipulating Houston to bring contraband into the prison, which he reportedly saw as an opportunity to make money selling “dope” in the prison.

St. Dennis also told investigators he was aware Houston struggled with alcohol and drug addiction and was financially unstable, so he paid her to bring in the cell phone and drugs.

He reportedly told investigators Houston gave him 3.4 grams of meth along with purple, orange, and red pills. The only pill he identified was Wellbutrin, court documents say.

Houston initially denied all of the allegations against her before admitting she wrote letters to St. Dennis, purchased the cell phone, and smuggled it into the prison to him, court documents say.

Houston reportedly held firm to her denial of providing St. Dennis drugs, though she admitted he asked for narcotics and other illegal drugs via letters and prison-monitored phone conversations.

However, in a search of Houston's car, investigators reportedly located a bottle of prescription medication that was not prescribed to Houston as well as marijuana, over $500 in cash, and a glass pipe as well as a white, powdery substance in a pink bag. Investigators also reportedly found a bottle of various pills on Houston’s person, which she claimed the prison infirmary knew she was bringing into the prison.

Just under a year after this alleged misconduct occurred at the state prison, charges were filed against Houston, St. Dennis, and Newcomb, and warrants were issued for the former nurses’ arrests.

Newcomb is believed to be out of the state, and Houston is believed to be in the Helena area, as she was arrested in late March by Lewis and Clark County law enforcement for allegedly driving under the influence of alcohol and possessing several dangerous drugs, including meth.

Amy Barton, DOC spokesperson, said St. Dennis was written up for possessing the contraband and spent some time in detention, meaning his phone and dayroom use hours were restricted. He remains in locked housing at the state prison, Barton said.

Barton could not comment about whether changes have been made to nursing staff conduct rules since the investigation began. But Barton did say that since last summer, the Montana State Prison has "hardened" its entrance security for all state prison employees.

No court dates have been scheduled for St. Dennis, Houston, or Newcomb as of Thursday, but the case is expected to move into Powell County District Court in the near future.

A 35-year-old Billings man is on trial after prosecutors say he threw a punch that landed the victim in the hospital, unconscious. They descri…

A former nurse who stole fentanyl from patients will serve probation instead of prison time, a judge ruled Friday.

A Billings man has been charged with raping a woman in the backyard of his Heights home.

ROCKY BOY — Two Chippewa Cree law enforcement officers have been suspended after being charged with assault.

A married couple pleaded not guilty Tuesday to conspiring and attempting to transfer illegal drugs and tobacco products into the Montana State Prison.

A corrections officer at Crossroads Correctional Center, two inmates and the wife of one of the inmates are charged with conspiring to bring drugs into the private prison in Shelby. 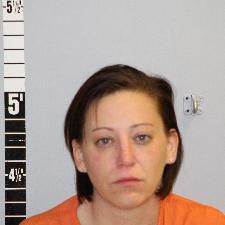 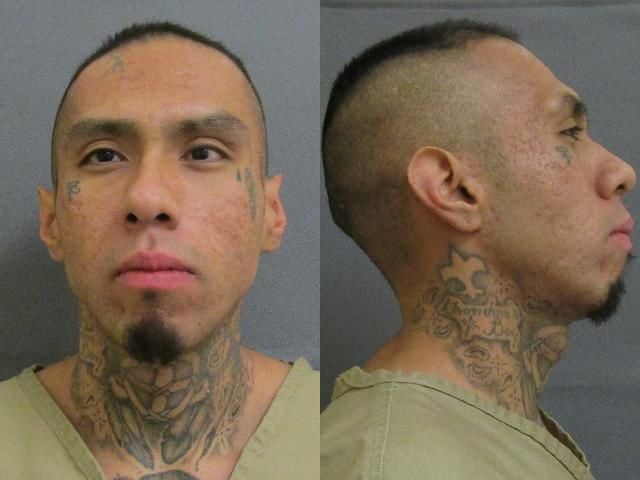