Police responded to a crash at Rimrock Mall in Billings early Wednesday and found a man with a stab wound.

A car crashed into a light pole on the west side of the mall after midnight. The car's driver, and 18-year-old man, had a stab wound, according to a tweet from Billings police Sgt. Tony Jensen.

Two other 18-year-old men arrived separately at hospitals with stab wounds that officers suspected were related to the crash.

None of the injuries were life-threatening, according to Jensen.

All three men are believed to live in the Billings area. None of them were cooperating with law enforcement at 2 a.m.

This is at least the second apparent stabbing incident in Billings in 24 hours. Around 4:45 a.m. Tuesday police responded to a reported stabbing at the Billings Public Library. A man was taken to the hospital in that incident with cuts to his face and neck.

As of 3 p.m. Wednesday no arrests had been made in either stabbing incident, according to BPD Lt. Brandon Wooley.

Police are investigating a stabbing they believe occurred in the area of the Billings Public Library early Tuesday morning. 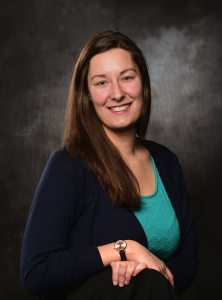 City editor at The Billings Gazette.