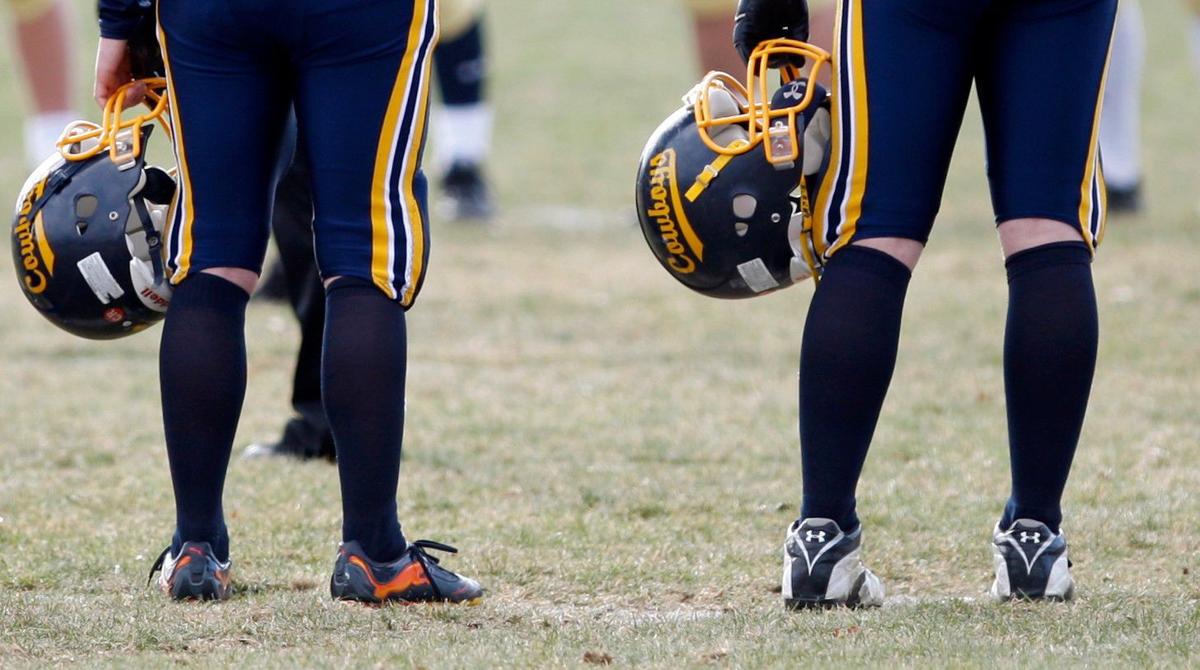 Miles City players hold their helmets during introductions during the Class A semifinal football game in 2010. A lawsuit alleging sexual abuse of student athletes by a former Custer County District High School trainer was filed Friday. 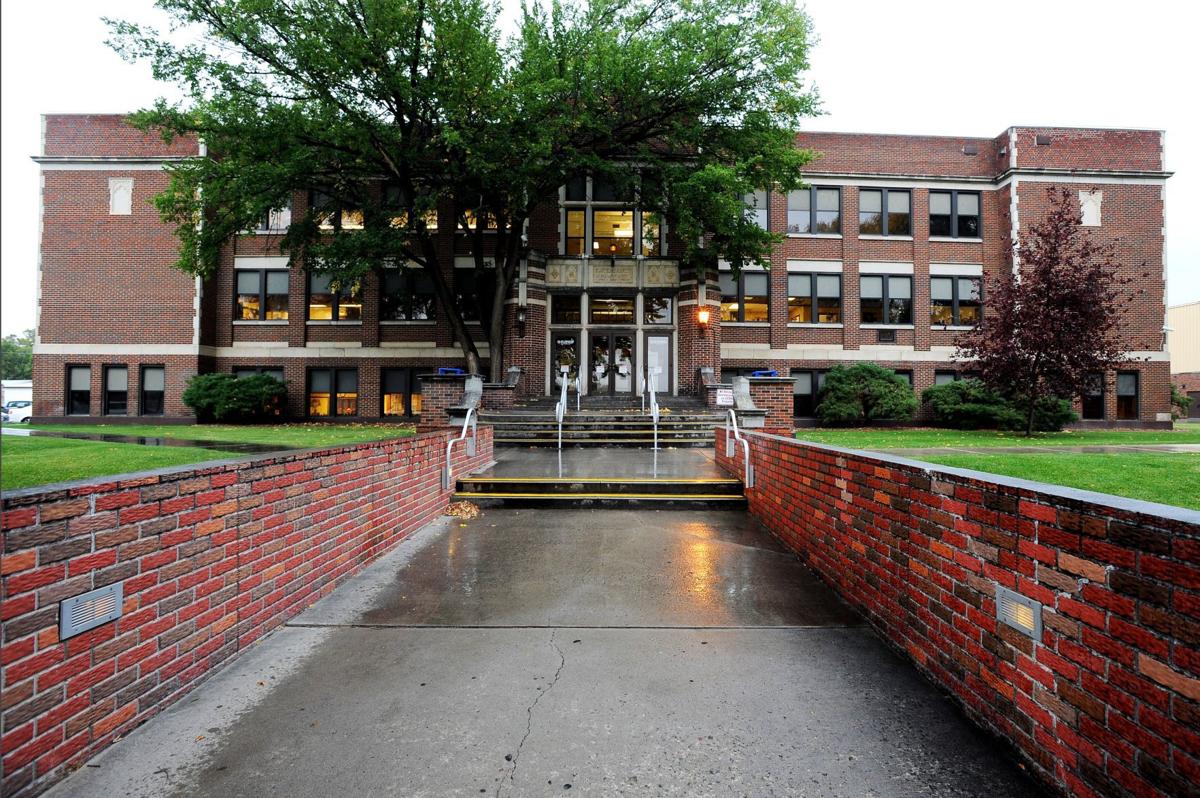 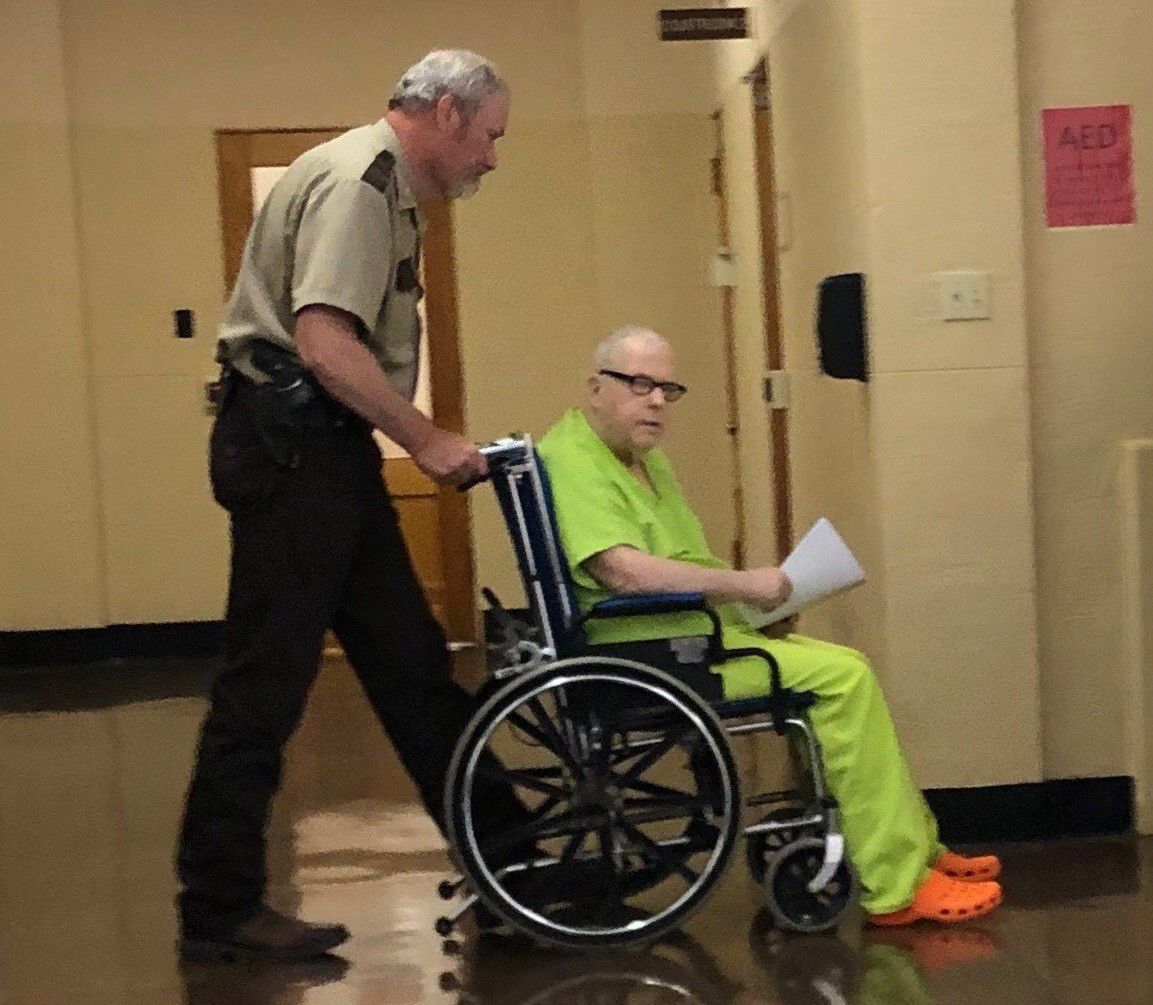 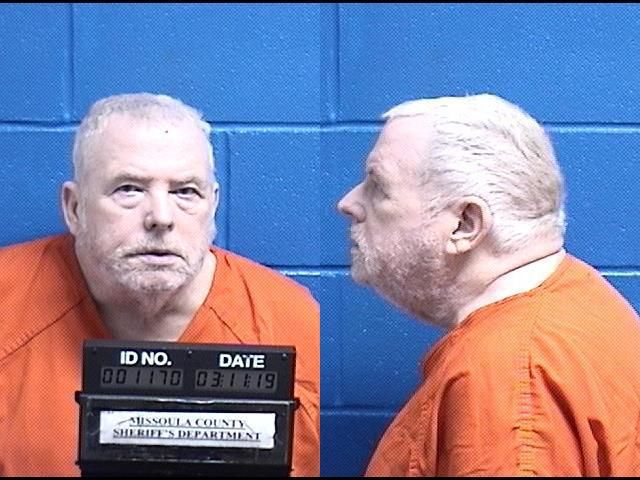 Miles City players hold their helmets during introductions during the Class A semifinal football game in 2010. A lawsuit alleging sexual abuse of student athletes by a former Custer County District High School trainer was filed Friday.

Victims of systematic sexual abuse at the hands of a longtime Miles City high school athletic trainer have won $9 million in a settlement of a civil lawsuit announced Wednesday.

The lawsuit naming 32 victims was filed in September 2018 and accused James "Doc" Jensen of abusing scores of athletes over decades at the school, and argued that the school should have done more to stop him.

In a press release about the settlement, lawyers for the school district said school officials "deeply regret the pain and injuries the plaintiffs have experienced. We hope that settlement will allow the Plaintiffs to move forward with the healing process."

The statement also addressed policies regarding sexual misconduct: "The District has adopted and will continue to adopt policies and procedures regarding the prevention and reporting of sexual abuse or harassment, including those recommended by the Montana School Board Association and the U.S. Department of Education."

The settlement will be paid by the district's insurance carriers, the statement said.

Jensen, now age 78, admitted some of the abuse during a conversation with The Billings Gazette in September 2018, and he admitted additional abuse during federal and state investigations. He is now in prison serving at least 20 years related to convictions for having child pornography and coercion and enticement of a minor.

“A year ago, James Jensen lived across the street from a middle school, unsupervised, and now he’s in prison,” said the lawsuit’s lead attorney, John Heenan. “And men who were scattered around, somehow thinking they were to blame for what happened to them, have come together for each other and they’ve made a difference.”

The case sparked changes to Montana law, including the extension of the statute of limitations on sex crimes against children. The previous time limit shielded Jensen from prosecution for the hundreds of sex crimes described in the lawsuit.

The financial figure was similar to a 2018 settlement between the Great Falls-Billings Catholic Diocese and 86 victims of sexual abuse in which victims received $20 million total.

Traditionally, attorney fees in lawsuits are one-third of the settlement. With the balance of the $9 million in the Miles City settlement being divided between the 32 Jensen victims, each man could receive about $190,000.

Heenan declined to discuss the financial specifics of how the settlement will be divided, although he said, "No amount of money can make things right for these guys, but it helps them toward healing."

He did say attorneys and victims in the case are planning ways to use part of the settlement to establish some kind of effort, possibly a nonprofit program, that would address protecting children from sex abuse.

“These guys are working on ways to fund something that would make an impact in Montana, extending well into the future, with battling sex abuse against kids,” Heenan said.

The Gazette spoke separately with four of Jensen’s victims named in the lawsuit. The newspaper has a policy of not identifying victims of sex crimes, but knows the identities of the men and has confirmed them with their lawyers.

Each of the four men expressed satisfaction in knowing the suit prompted criminal investigations against Jensen that sent him to prison, likely for the rest of his life. The victims were also grateful the suit helped change state laws protecting victims of abuse, and that the school district is taking measures to further protect children.

“If us going through the hell we did is what it takes to ensure that the current children in school and future generations are safe and protected from soulless, child-hunting sexual predators like Jim, then it was worth every bit of hell and pain that we endured,” one man said of the lawsuit.

A second Jensen victim emphasized money from the settlement “won’t really change anything for anyone.”

A third man described the lawsuit process as “awful,” having to drag up nightmarish memories, seeing Jensen face-to-face in court, and giving testimony as a victim under oath.

“Not one of us went through this for the money. It’s not worth it,” he said. “We went through this to get things changed, to have people take responsibility, to make it better for other kids. We wanted to get (Jensen) criminally investigated. We got those things done. I can sleep better at night.”

Many of the plaintiffs have been deeply harmed psychologically by Jensen’s abuses and the school district being unable to keep the boys safe, said a fourth victim.

“There is no amount of money that can fix what happened,” the man said, but the settlement can help many of these guys get the help they need.

“Thirty years from now maybe (the victims) can look back on this and say something good came from the lawsuit,” he said.

Dan Rice, one of the Miles City attorneys in the case, is friends with several of the victims named in the suit and attended the high school during Jensen’s tenure. He said the men had recently contacted law enforcement about having Jensen investigated, but were told the statute of limitations had long-since passed.

“…This group of tormented children came together as adults to confront the monster who had taken away so much from their childhood. And they've won.”

The case against James Jensen, from systematic child abuse lawsuit to settlement