The Apsáalooke Nation will take its first steps toward entering the cannabis industry this week.

Crow Chairman Frank White Clay is expected to approve an ordinance that will allow the tribal government to oversee its own cultivation and sale of marijuana, and benefit from the revenue.

“We’re moving forward. We’re diversifying our economy throughout the tribe. Coal was the name of the game for the tribe for a while, but for good business we have to diversify within the reservation,” White Clay told The Gazette on Wednesday.

While individual states have begun legalizing recreational use of marijuana in recent years, the cultivation of cannabis in Indian Country has spurred tension between tribal members and federal authorities that spans decades. When the Oglala Sioux Tribe legalized industrial hemp in the late '90s, DEA agents confiscated the crops.

Later, the Justice Department under the Obama administration published a memorandum stating U.S. attorneys would not prevent any tribe from growing or selling marijuana. The memo applied to every tribe so long as specific enforcement criteria were met, and regardless of how any state classified cannabis.

Despite the publication of the memo, marijuana’s muddled status from a tribal and federal perspective has resulted in arrests and lawsuits in the years since. In 2015, the Flandreau Santee Sioux Tribe had to burn its existing crops and put a marijuana resort on hold when threatened by a federal raid. Members of the Osage Nation in Oklahoma reacted with outrage when their tribal police department announced in 2018 that it would continue to treat cannabis as a Schedule I narcotic, that is, grounds for arrest and jail time for anyone possessing it on the reservation.

In Montana, the Blackfeet Nation decriminalized the possession of medical marijuana in 2018. That same year, The Gazette reported the Fort Peck Tribal Council officially announced that no tribal member could possess any kind of marijuana. Both sovereign nations maintained these decisions, while medical marijuana has been legal in Montana since 2004.

Montana voters approved the recreational use of marijuana in November 2020. Lawmakers have spent the past several months trying to iron out what the legal growing and selling of cannabis will look like by January 2022. White Clay, who took office a month later, said the Crow Tribe is generally accepting of legalization of marijuana.

“We’ve had medical marijuana for quite some time, and the Crow Tribe is not isolated … The reservation itself is more accepting (of it) and we’re just moving with the times,” he said.

Whether the sale of marijuana becomes legal with the Apsáalooke Nation or not, White Clay said, it will be happening on non-tribal lands surrounding the Crow Reservation soon.

The Crow Nation Legislative Branch approved the Crow Cannabis Ordinance on April 16. All sales of marijuana and cannabis-infused products will be sold through the Crow Tribal government, according to the legislation, with every sale taxed at 7%. 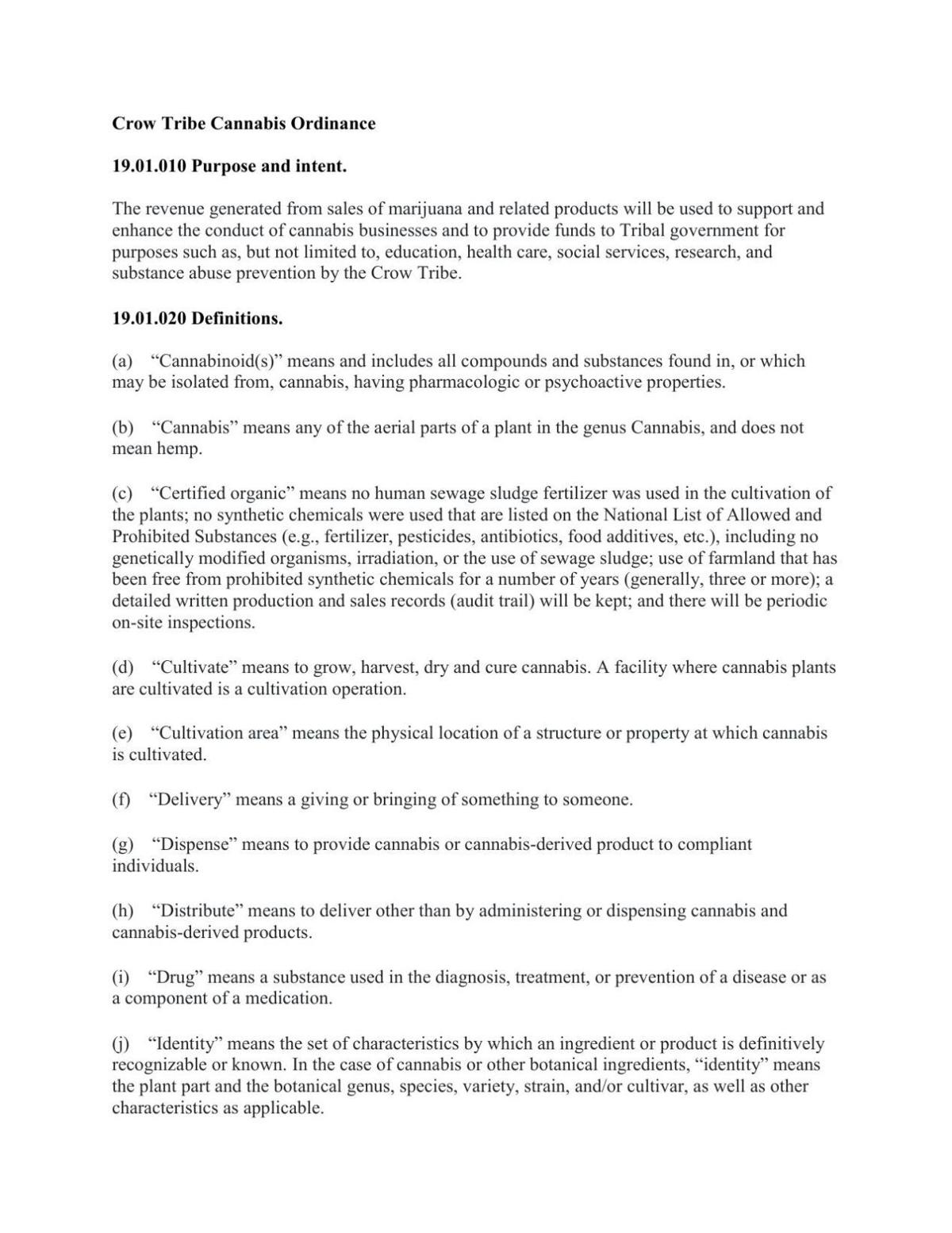 The growing and processing of pot on the reservation will similarly fall under the oversight and control of the tribal government. White Clay said plans for the tribe to launch its own dispensaries are still in their infancy, and the ordinance itself is subject to change.

“I think that we’re going to find out what the best practices are, and it’s not going to be black and white,” he said.

Thor Hoyte, legal counsel for the Crow Tribe, said both the Chairman and other tribal leaders have been in conversation with the Governor’s Office of Indian Affairs. In order to avoid any confusion regarding marijuana’s legal status, he said the tribe’s stance will run parallel to that of the state.

“Not only are we paralleling the state in terms of carry and transaction limits. The Crow Tribe is going further … in terms of the labeling, testing and that sort of rubric,” he said.

Although the tribe is paralleling the state, both the chairman and Hoyte said it is operating as a sovereign nation without any need for permission from state authorities. As to possible interference on the part of federal law enforcement, Hoyte said the benefits far outweighed the risks.

“As to the federal government’s involvement, the Crow Tribe made a decision that it’s highly unlikely that it will try to stop a tribe with a 75% unemployment rate from taking part in a $24 billion industry,” he said.

Supporters of two new marijuana ballot petitions in Wyoming say they’re optimistic about getting pot questions before voters next year.

What was once thought to be a future commodity is now a pariah for area farmers who gave it a shot. 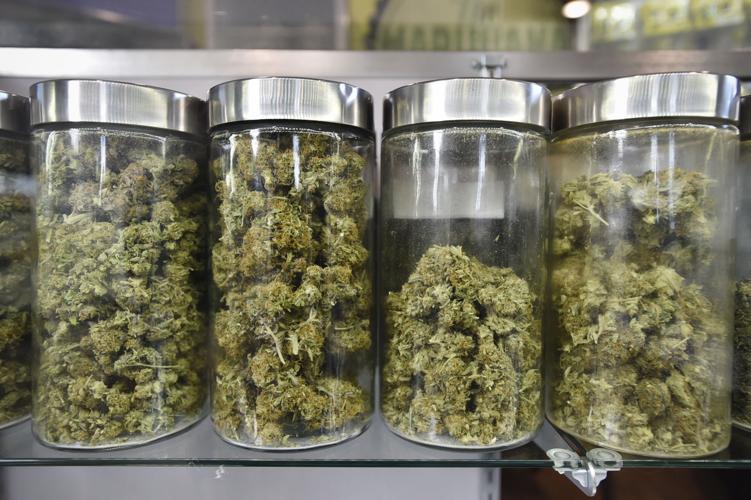 Medical marijuana buds from the Higher Standard dispensary in Helena. 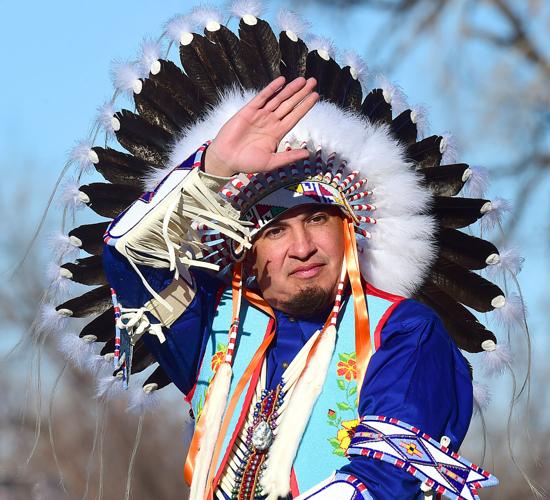 In this file photo, Frank White Clay waves to residents along a parade route before his inauguration in December 2020 as Chairman of the Crow Tribal Executive Branch in Crow Agency.