Energy Transfer is turning to support from the Mandan, Hidatsa and Arikara Nation to further its case for keeping the Dakota Access Pipeline from shutting down.

The oil pipeline operator in its latest court filings includes a declaration from Tribal Chairman Mark Fox, who warned that if a shutdown happens, “much of our Reservation production will be difficult to move to market and future production will be sharply curtailed.”

About one-quarter of North Dakota’s oil production occurs on the Fort Berthold Indian Reservation, home to the MHA Nation. Fox estimated more than 60% of the oil extracted there from tribal trust minerals flows through Dakota Access, which circles around the western North Dakota reservation in its route to Illinois.

U.S. District Judge James Boasberg is expected to rule in the coming weeks on whether the pipeline can keep operating during a lengthy environmental review that will determine if a permit is reissued for its Missouri River crossing in south-central North Dakota.

Several Sioux tribes have fought the pipeline in court for five years, including Standing Rock, whose reservation lies far from the Bakken oil fields and just downstream of where the line passes under the river. Tribal members are concerned about the risk of an oil spill because they get their water from the river.

MHA Nation initially supported Standing Rock and other Sioux tribes when they sought to block pipeline construction in 2016, but it’s taken a new position in recent weeks as the threat of a shutdown looms. Standing Rock attorney Jan Hasselman said the tribe does not have a comment on MHA's new stance.

MHA Nation collects significant revenue from the oil industry through taxes and royalties, which it spends on needs from health insurance to infrastructure to housing, he said. The tribe estimated a shutdown would cost it $160 million in losses over one year.

The tribe has already lost revenue during the coronavirus pandemic, which caused travel to fall and led to a downturn in the global oil industry, including a drop in oil production and job losses in North Dakota.

“Federal relief dollars have not come close to making up the difference,” Fox said, adding that the gap in funding has affected the tribe’s ability to carry out various programs and projects. “The MHA Nation can thus not afford further challenges to its ability to get its oil to market.”

The tribe’s involvement in the pipeline dispute comes as the line’s supporters up their efforts to keep it operating. Energy Transfer earlier this month asked Boasberg for more time to update the court on the latest economics surrounding the oil pipeline, which it outlined in various documents alongside Fox’s declaration filed late Monday.

The company detailed how oil prices and demand have improved in recent months. A shutdown would result in even more job losses in North Dakota -- at least 14,500, according to an estimate provided by Energy Transfer. It would cause the state to lose out on at least $770 million in tax revenue from oil production during the rest of the year, another estimate says.

Boasberg has given Standing Rock and the other Sioux tribes involved in the lawsuit until Friday to indicate whether they plan to respond to the information from Energy Transfer. They have already pushed the judge to shut down the line.

Boasberg, meanwhile, faces yet another decision on a request from the state of North Dakota to intervene in the lawsuit. Attorney General Wayne Stenehjem submitted the request Monday, saying the U.S. Army Corps of Engineers can no longer “adequately represent” the state’s interest in keeping the pipeline operating.

The Corps indicated at a court hearing earlier this month that it would not make a decision at that time on whether the pipeline could keep operating without an active permit for its river crossing. Boasberg rescinded the permit last year, and the line is now considered an “encroachment” on federal property managed by the Corps.

The Corps’ decision not to take a stance comes under the Biden administration, which many North Dakota oil supporters feared would order the line to shut down. That effectively puts the decision in Boasberg’s hands.

Meanwhile, Energy Transfer has asked a full appeals court to rehear its case after a ruling earlier this year upheld the necessity of another environmental study and affirmed that Boasberg rightfully rescinded the pipeline permit.

Tribal consultation on DAPL a 'tightrope' for Biden

That study is expected to wrap up in March 2022. The Corps has indicated it will consult with a number of entities during the process, including Standing Rock, MHA Nation and the state. The latter two sent letters to the Corps in recent weeks requesting consultation.

A federal judge faced with a motion on whether the Dakota Access oil pipeline should be shut down during an environmental review is giving the Biden administration another chance to weigh in on the issue.

The Biden administration on Monday reiterated that the Dakota Access oil pipeline should continue to operate while the U.S. Army Corps of Engineers conducts an extensive environmental review, although the Corps said again that it could change its mind. 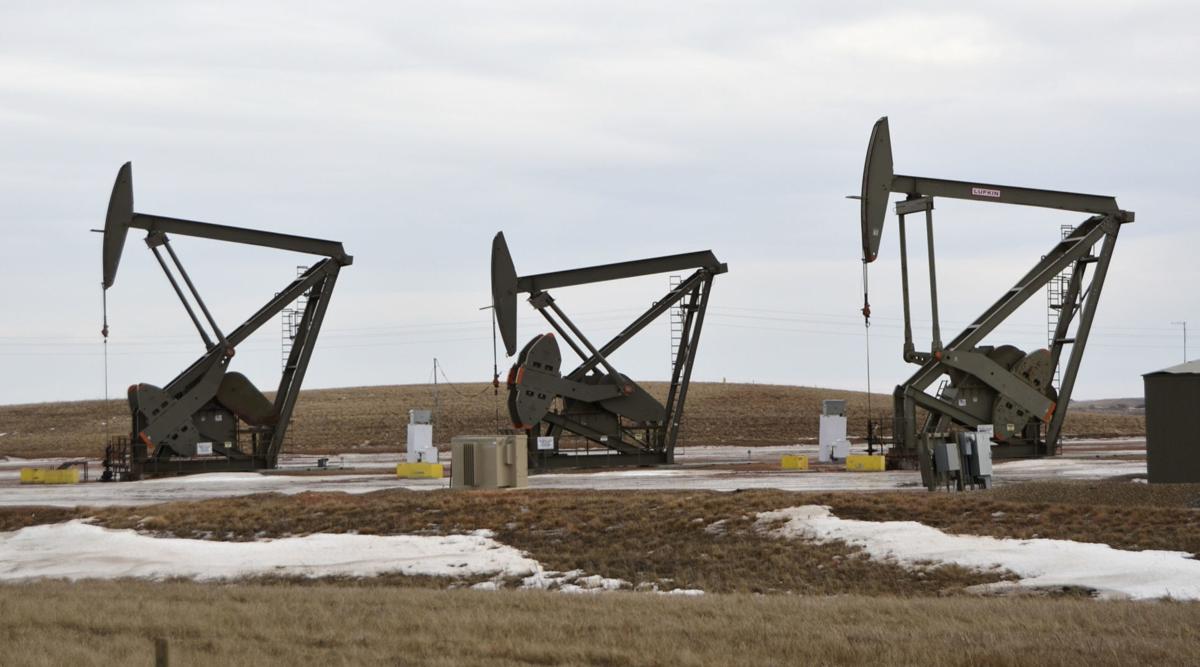 Pump jacks pull oil to the earth's surface from deep underground in February 2020 on the Fort Berthold Indian Reservation. 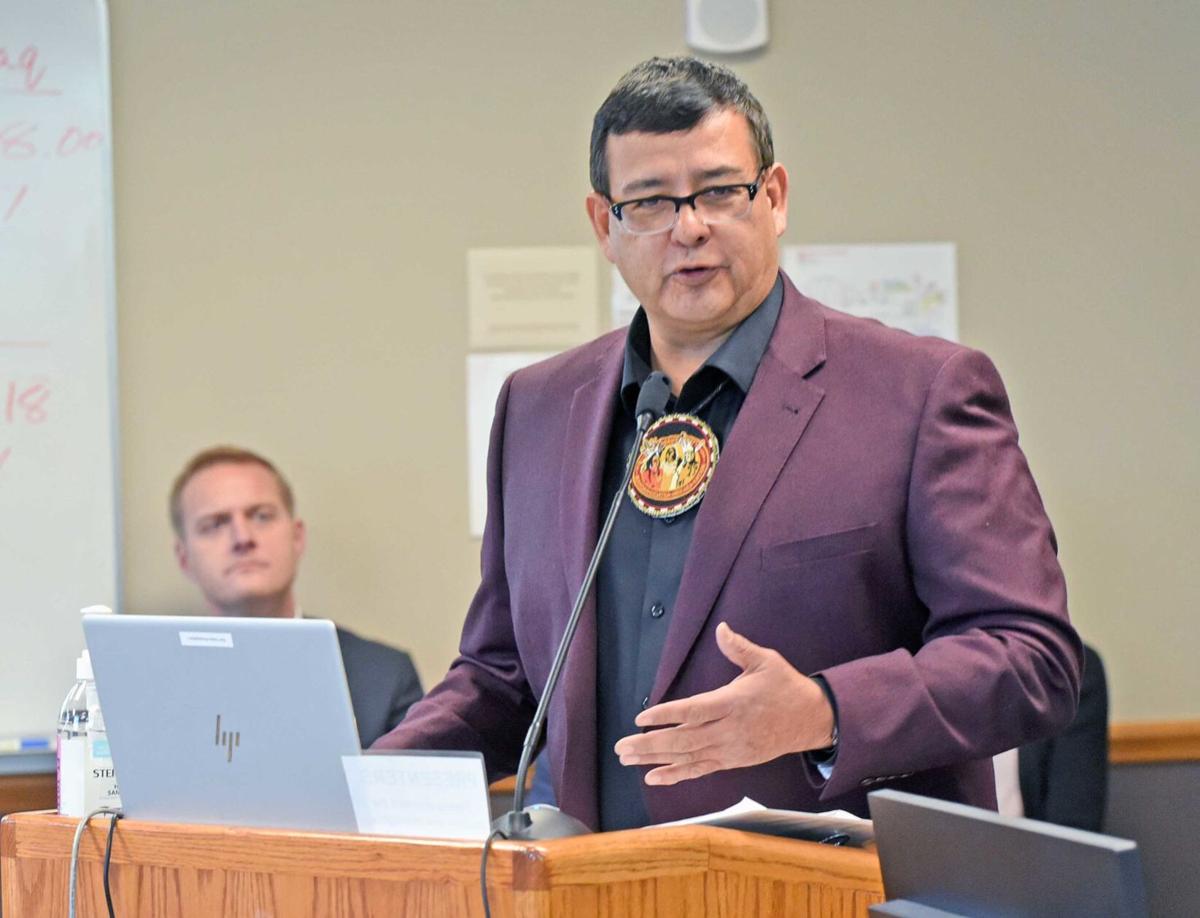 Chairman Mark Fox of the Mandan, Hidatsa and Arikara Nation speaks to a legislative committee in February 2021.