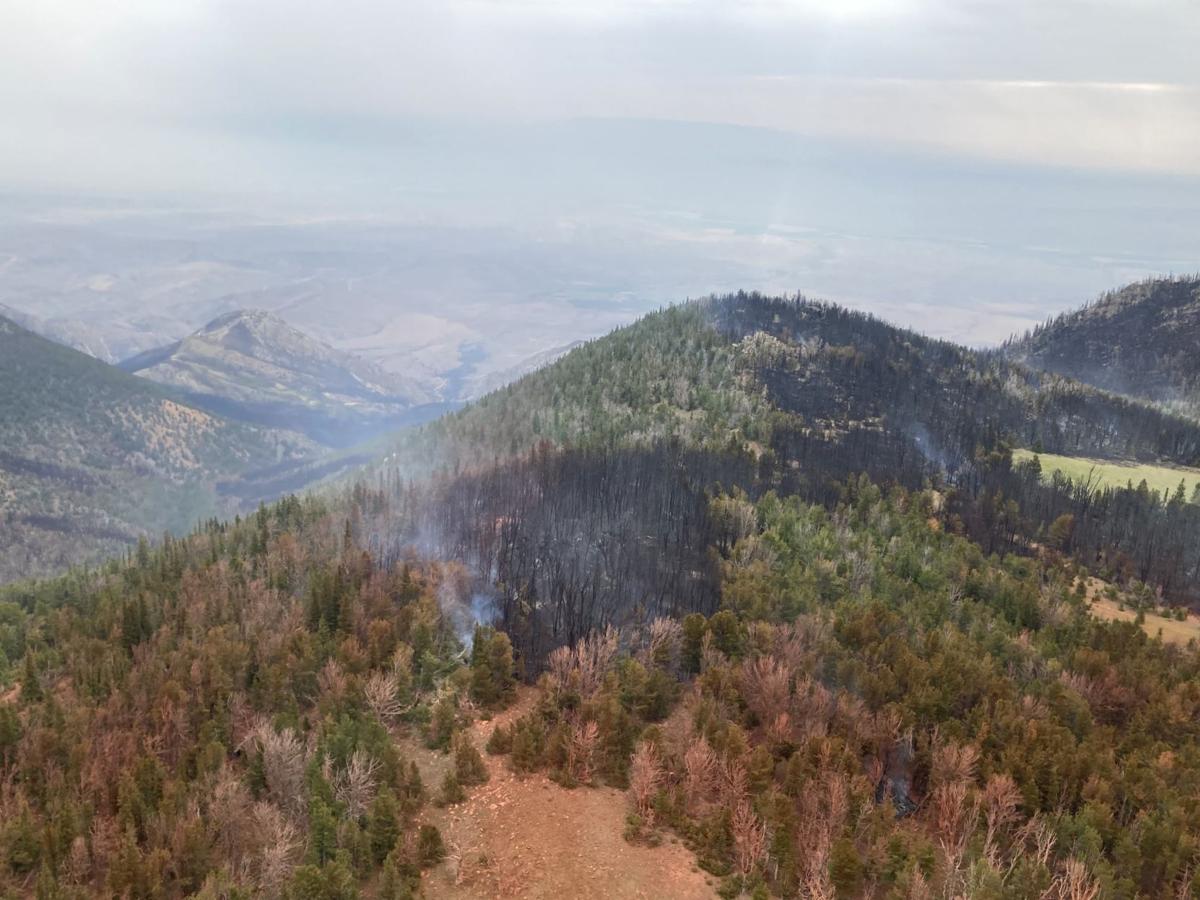 A view of the Robertson Draw fire Wednesday. 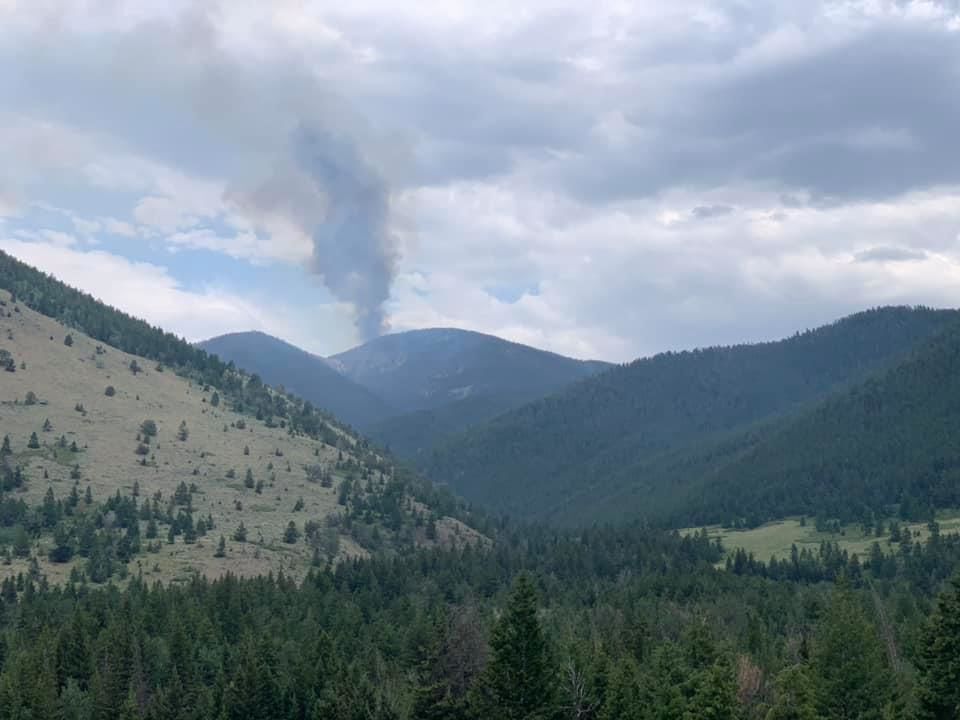 The Robertson Draw fire is pictured on Monday.

The Carbon County Sheriff’s Office has rescinded an evacuation warning issued due to wildfire south of Red Lodge.

With crews working to secure the last portion of the Robertson Draw fire, portions of the surrounding forest remain closed to the public. Forest officials have also placed burn restrictions throughout Custer Gallatin National Forest.

At nearly 30,000 acres, personnel have spent over a month working to contain the wildfire that began with a pool of gasoline spilled by a dirt biker. The fire grew exponentially over the course of only a few days before crews managed to control most of the fire’s perimeter. Its west and northwest sides continue to smolder, according to the latest update from the fire’s incident command.

That smoldering turned to flames Monday, causing a column of black smoke to rise above the burn area and an evacuation warning for an area along Highway 212 from Point of Rocks to the Seeley Creek drainage near the Sheridan campground. While the evacuation warning has been lifted, Custer Gallatin National Forest lands south of Point of Rocks, east of Highway 212 and east of Wyoming Creek are still closed to public. That excludes the Sheridan and Rattin Campgrounds, the Westminster Church Camp and the summer homes at Corral Creek and Spring Creek.

Among the nearly 60 people assigned to the fire are two hot shot crews, who will bolster efforts to finish digging lines along the western and northwestern sections of the blaze.

The acting supervisor for Custer Gallatin National Forest signed an order Tuesday banning smoking, campfires and shooting firearms outside of designated shooting ranges. The prohibition covers an area of the forest stretching from Gallatin County to Harding County in South Dakota, and will be in place until Aug. 31, unless rescinded sooner.

Evacuation warnings connected to the Robertson Draw fire remained in effect Tuesday, but personnel calmed some of the flames last night.

A 55-year-old man from Bridger who admitted spilling and igniting gasoline while repairing a dirt bike on U.S. Forest Service land has been charged with causing last week's Robertson Draw fire, which has burned 29,601 acres south of Red Lodge.

A view of the Robertson Draw fire Wednesday.

The Robertson Draw fire is pictured on Monday.