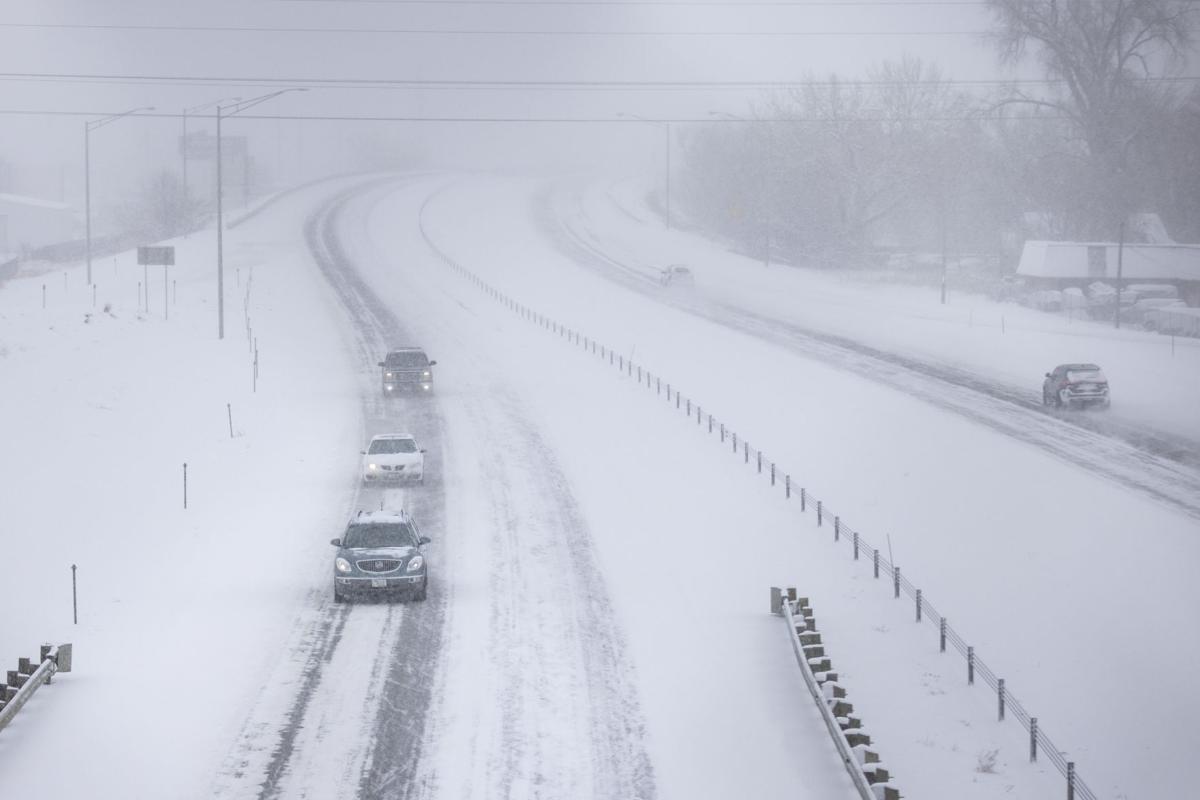 Cars drive down a snow-covered I-90 near the South 27th Street overpass in Billings on Saturday. Multiple wrecks involving dozens of vehicles have been reported throughout the area over the course of the day, including a 20-car pileup outside of Park City. 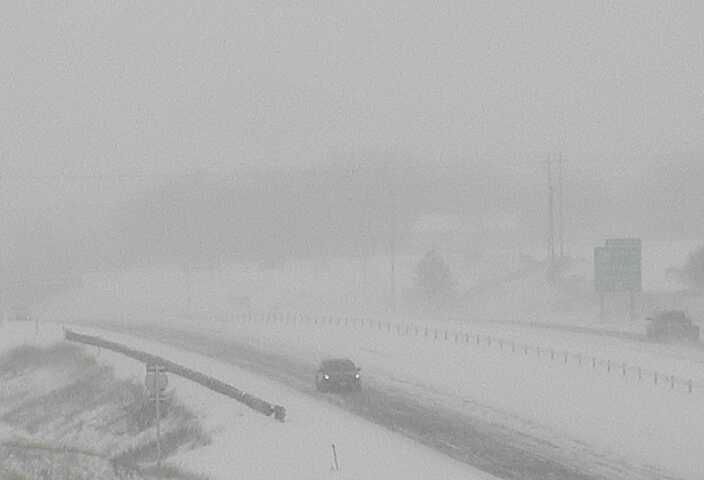 Interstate 90 outside of Billings is seen during an arctic surge on Saturday.

The incident occurred around 1:20 p.m. Saturday afternoon, according to the Montana Highway Patrol, about one mile west of Park City. The massive amount of collisions drew emergency responders from multiple agencies, but resulted in no major injuries.

MHP Trooper Jake Parker said officers were initially investigating a jackknifed semi-truck in the median of I-90 early Saturday afternoon. Another semi-truck traveling east failed to slow down and yield to signs posted on the road. After nearly crashing into a Stillwater County deputy on the scene, the semi-truck also jackknifed, causing the pileup of vehicles behind it on the icy interstate.

“There were some injuries, but thankfully, they were just minor,” Parker said.

Officers diverted traffic at the 427 Park City exit, according to a social media post from the Stillwater County Sheriff's Office, with drivers taking Montana Highway 10 to Laurel because of the wreck.

Along with MHP, the Stillwater County Sheriff’s Office, and personnel with the Montana Department of Transportation, fire and ambulance crews for Park City, Laurel and Columbus also responded to the crash. Parker said wreckers with Hanser’s Automotive and AllStar Towing were also on hand to clear the interstate.

During an October snow storm, a vehicle struck and killed two tow truck drivers with Hanser’s on I-90 between Park City and Columbus while passing a semi-truck. A bill is currently making its way through the Montana Legislature to bolster the state’s “move over” law and provide more protection to emergency responders on the Montana’s roads.

The Gazette previously reported that friends and family of Casie Allen and Nick Visser, the two men killed in October, have come out in support of the bill. Following Saturday’s pileup, Trooper Parker stressed for all drivers to “slow down and move over for” emergency services on the interstate and highways.

The loss of a Billings Fire Department engine at the start of an arctic surge has not impacted operations for fire crews, a BFD battalion chie…

Crash closes eastbound lane I-90 between Livingston and Big Timber, no injuries reported

The pileup involved 30 or more vehicles, including semi-trucks, on the bridge crossing the Yellowstone River near mile marker 452.

Cars drive down a snow-covered I-90 near the South 27th Street overpass in Billings on Saturday. Multiple wrecks involving dozens of vehicles have been reported throughout the area over the course of the day, including a 20-car pileup outside of Park City.

Interstate 90 outside of Billings is seen during an arctic surge on Saturday.