US inflation slips from 40-year peak but remains high 8.5%

“It was pretty ugly up there,” said Kelly Galloup, owner of a fly-fishing shop close to the dam.

Overnight releases from the dam plunged from about 650 cubic feet per second to 195 cfs in a freefall recorded on U.S. Geological Survey’s streamflow gauge below the dam. Likewise, the gauge recorded a sharp decline in the water temperature as it went from 39 degrees to 32 before rebounding to 34 degrees after the gauge was exposed to the air.

“NorthWestern thought it was a glitch in their gauge,” Galloup said.

The energy company’s public relations specialist said in an email that NorthWestern was aware of the problem and was working to restore the flow.

"The real question is how they could not know it happened," Galloup said.

An angler on his way to fish the river at 9 a.m. was the first to notice the declining river level, Galloup said. The fisherman stopped at the shop, and Galloup and his colleagues began working the phones to try to alert NorthWestern Energy officials to the problem but couldn’t get through. Then they tried agency personnel who finally reached NorthWestern officials.

“The severity at this point is unclear,” he said.

Jacobsen discouraged anyone from traveling to the river to rescue stranded fish. Galloup said people stepping onto the dried riverbed could inadvertently crush brown trout eggs resting in gravel that’s been exposed.

Montana Trout Unlimited tweeted a photo of the gauge, alerting people around the nation to the concerning conditions on one of the most popular trout fisheries in Montana. Then calls began pouring in to Galloup’s fly shop from the East and West coasts.

“People care about this river,” he said. “This puts a big exclamation point on it.”

Initially, the low flows were limited to a two-mile stretch of water just below the dam, but by late Tuesday afternoon the flows were plunging next to Galloup’s shop and moving slowly downstream.

“The brown trout eggs are what everyone is worried about,” he said, because if the eggs die the river could potentially lose an entire year-class of fish.

Photos Galloup shot show the upper river reduced to a trickle, dead trout stranded around a dewatered pool and sculpins and trout left stranded on the streambed.

“If it goes on another eight hours it could be a catastrophic loss,” Galloup said, especially if low water is combined with freezing overnight temperatures.

The Madison River starts in Wyoming in Yellowstone National Park before flowing into Montana and Hebgen Lake.

NorthWestern finished work on the dam’s intake in 2013 after stoplogs failed in 2008. The stoplogs are anchored in front of the dam’s four outlets. The earth-filled dam was built in 1915 and contains a concrete core wall. It is 721 feet long and 85 feet high.

The dam controls flows into the Madison River’s most popular stretch to fish. In 2017, the river recorded an estimated 207,000 angler days, according to FWP surveys.

This summer a fish kill was documented on the stream below Ennis Dam, with more than 800 whitefish and almost 20 trout found dead. Lab tests could not specify what caused the fishes’ deaths.

Three conservation groups says new fishing rules that take effect Jan. 1 on the Madison River should not be repealed.

In yet another delay to manage recreational use on the Madison River, a rule set to take effect next year that would have capped commercial ou…

Initial lab tests conducted to pinpoint the cause of a fish die-off on the Madison River last week have revealed no conclusive cause.

Fifteen miles of the stream was reconstructed to mimic its natural sinuous state.

Jackson airport to shut down for nearly three months next spring

Wyoming's most used airport will close temporarily next spring as it undergoes construction.

A replacement part has been manufactured and could be installed at Hebgen Lake Dam by this evening to restore water to the Madison River.

Flows to the Madison River were restored late Wednesday night after two days of extremely low flows thanks to quickly formulated repairs to Hebgen Lake Dam.

Bison routinely leave Yellowstone and head north into Montana each winter, raising concerns that the animals could spread brucellosis to cattle.

It’s been 20 years since Montana’s Public Service Commission districts have been adjusted. Now voters in the rapidly growing western part of t…

Although the failure of a specialized dam part resulted in significant dewatering of an upper Madison River below Hebgen Lake Dam on Nov. 30, …

A longtime local fly shop and fishing outfitter has been sold to Simms Fishing Products.

Although it's still early in the spring, NorthWestern Energy is already preparing for low water in the Madison River Basin.

Can robots trick us into thinking they're human just by copying our behavior?

Can robots trick us into thinking they're human just by copying our behavior?

These baby tapirs born at a Nicaragua zoo are simply adorable

These baby tapirs born at a Nicaragua zoo are simply adorable

Drought causes French river to be crossable by foot

Drought causes French river to be crossable by foot 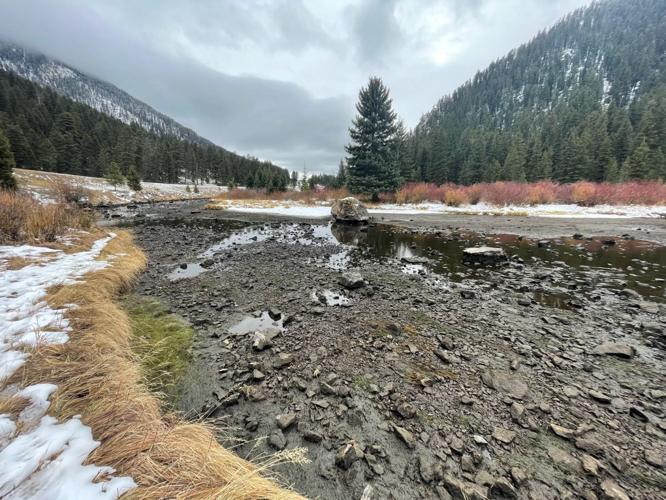 The Madison River below Hebgen Lake Dam was reduced to a trickle after water was cut off sometime early Tuesday morning. The dam is operated by NorthWestern Energy. Officials from the company had not yet responded to requests for information. 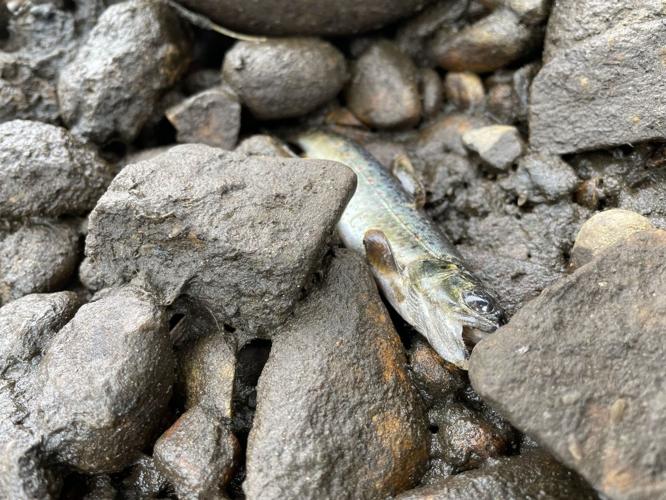 A trout left stranded by rapidly dropping river levels died after water from Hebgen Lake Dam was cut off. 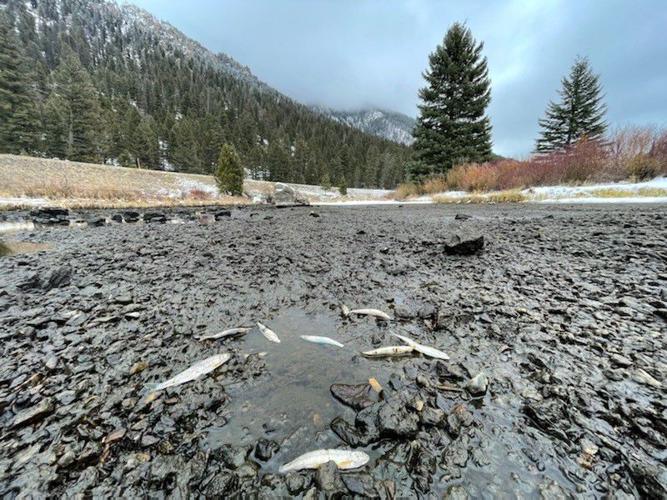 Trout lay dead around a dewatered pool on the Madison River below Hebgen Lake Dam on Tuesday. 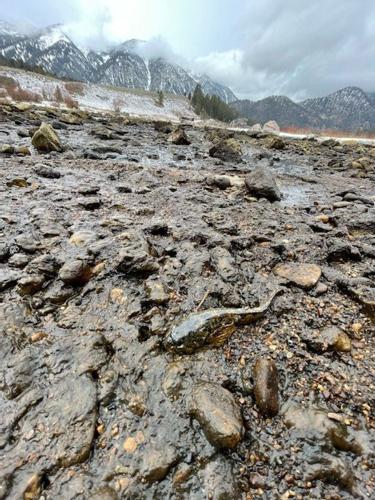 A stranded sculpin rests in the rocks of the Madison River.