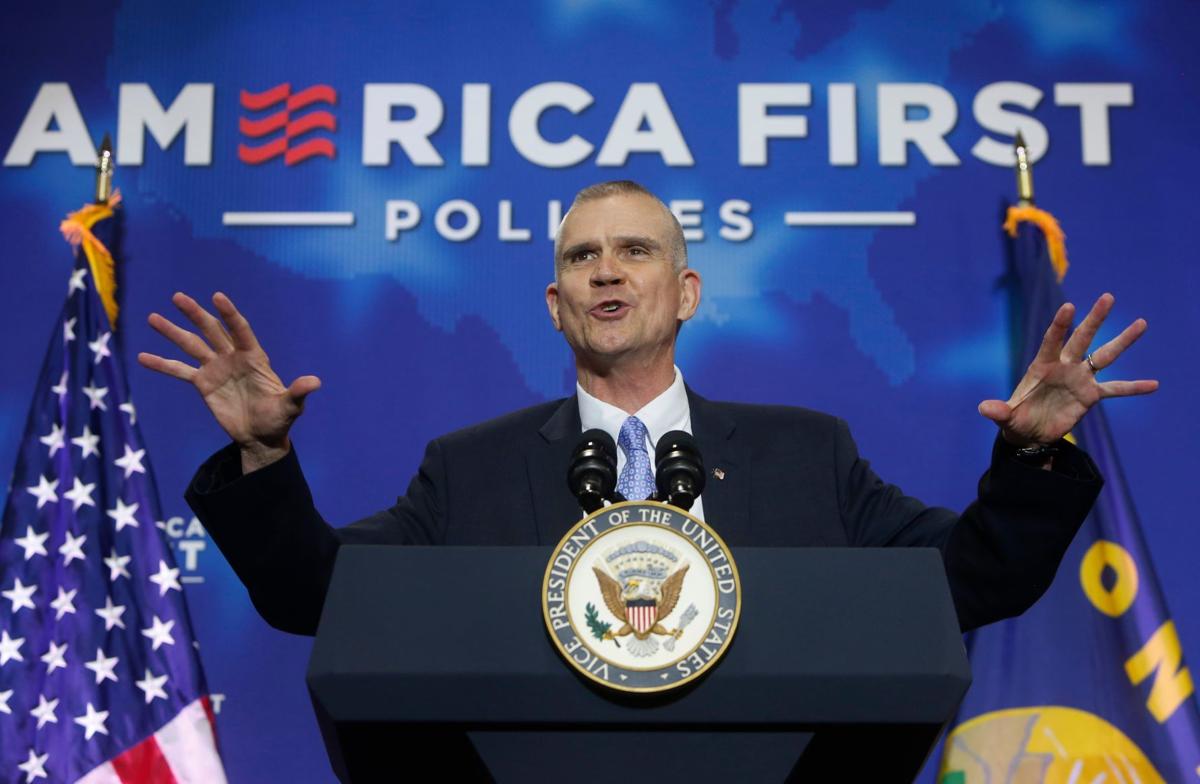 In 2018, Kathleen Williams raised $3 million in the two-month homestretch of Montana’s U.S. House race. The Democrat, who had just $70,000 in the bank after the June primary, finished with $4.1 million in donations, a record amount for a Montana Democrat running for U.S. House in a general election.

If early campaign finance reports are any indication, 2020 might bring new records for candidates from both parties, who are using different means to the same end. Democratic money leaders are leaning on ActBlue, the giant slayer of campaign fundraising, which specializes in millions of small donations, more than 3.3 million small donors so far this year. Williams has already raised more than $430,000 with help from ActBlue. Democrat Thomas Winter has raised $130,000, with ActBlue playing a significant role.

Republican fundraising leaders in Montana’s congressional races are drawing heavily on political action committees and have several large donors associated with PACs already on the books.

The diverging paths on where Democrats and Republicans get their donations are both partisan, but also represent a divide between incumbents and challengers, said Brendan Quinn, of the Center for Responsive Politics. PACs are more often used by incumbents, but they're also a tool Republicans are more comfortable with. In rural, sparsely populated states, both tools allow candidates to reach out-of-state donors and amass considerably more funding than home-state donors can deliver.

“The advantage of ActBlue is it allows you to reach donors who are far away from you,” Quinn said. Donations tend to surge with a little national media exposure. “So, once they start making national news, that’s when you see ActBlue donations increase, like for Mayor Pete.”

PACs are more used by incumbent candidates. The funds are tied to groups with business in Washington D.C. who target lawmakers. There’s been a decline in PAC activity among some incumbent Democrats who have been able to avoid the stigma of PAC money and still raise substantial amounts by using ActBlue.

Well-known PACs come with reputations that might encourage some donors, but discourage others and discourage voters, Quinn said.

The Republican counter to ActBlue is WinRed, which launched earlier in 2019 but hasn’t shown up on the reports of Montana federal candidates.

PACs have been big for Republican funding leaders in Montana elections thus far.

PACs are committees funded by businesses, ideological groups or unions. In addition to donating up to $5,000 per election to candidates, they also fund other PACs and political parties, and their members are free to make donations as individuals, as well.

The super PAC Club for Growth PAC is the biggest influencer of Daines’ committee donors. The anti-tax group also served as the conduit for donations from individuals. The Pro-Israel committee NORPAC is another Daines donor. CoreCivic Inc. PAC is a donor. CoreCivic is a private prison contractor that runs ICE detention centers along the Southern border. The company also runs the Crossroads Correctional Center in Shelby, Montana. Employees of the prison company contribute to the PAC.

$14,000: Money donated in May by the Corrections Corporation of America PAC to federal political committees. This PAC is run by CoreCivic, another company that operates ICE detention centers. https://t.co/ItGTdAFT0S

With total donations to Daines of $1.4 million this election cycle, PACs from many interests have donated, including the medical and finance industries, the defense industry, and mining and petroleum groups. PAC money makes up a quarter of the $4.09 million in donations Daines has raised this cycle.

There are also billionaire donors who are limited to what they can contribute as individuals, but are also affiliated with PACs and 501(c)(4) “social welfare groups” that do issue-based advertising during elections without publicly endorsing or collaborating with a candidate. Election year ads that report a candidate’s record on an issue and then suggest calling on that candidate to take a particular position are the stuff of 501(c)(4) groups.

Daines' billionaire donors include Home Depot founders Bernard and Wilma Marcus, who ranked 19th among top campaign donors in 2018, according the Center For Responsive Politics. Libertarians Jeff and Janine Yass, who made their billions through Susquehanna International Group, are donors and ranked 20th on the CRP top donors list. Paul Singer of Elliott Management and financier of the conservative Free Beacon news website is a donor. In 2015, The Free Beacon hired Fusion GPS to investigate President Donald Trump ahead of the 2016 election. The Beacon backed off once Trump became the GOP nominee, but the Hillary Clinton campaign and the Democratic National Committee assumed funding of the investigation, the Washington Post reported in August. The result of the investigation was the Steele dossier, one of the sources accusing Trump of ties to Russian political operatives.

The campaign of Matt Rosendale, who is running in the Republican U.S. Senate primary, has released a #poll commissioned by the conservative political action group Club for Growth, which has endorsed Rosendale. #mtpol #politics https://t.co/5iJOoa6HfH pic.twitter.com/F11dFkho3W

Republican Matt Rosendale has Club for Growth on his finance books, as well. Rosendale leads in fundraising among Republican candidates for U.S. House with $263,000. Like Williams, Rosendale, current Montana state auditor, benefits from being a candidate just last year in a multimillion-dollar race. Rosendale challenged Sen. Jon Tester and lost, but benefits from having the donor lists from a previous federal campaign. Another PAC supporting Rosendale is CoalPAC, a National Mining Association group. The defense electronics donors of Solers PAC has also contributed.

Rosendale isn’t without billionaire donors. Richard and Elizabeth Uihlein, whom The New York Times called “the most powerful conservative couple you’ve never heard of,” are Rosendale donors who are also near the top of the list of CRP donors.

Williams wasn’t without mega-donors, though her big donors measure their wealth in millions, not billions. Music industry leaders Peter Mensch and Cliff Burnstein, of Q Prime, which has managed acts like Metallica, Dawes and Cage the Elephant are donors.

Wealthy donors with ties to multiple PACs include Alec Bash, who also donates to Womencount PAC; Pelosi for DNC; and the Progressive Change Campaign. Among CRP’s mega-donors, Bash is ranked 914th. Richard Beattie, of the law firm Simpson Thatcher & Bartlett, is a donor.

Early in Montana’s 2020 race for governor, big names are showing up on the donation sheets of presumed front runners.

U.S. Sen. Steve Daines says Trump rally attendees went too far Wednesday chanting “Send her back!” at the president’s mention of Somali-born U…

PACs add to Daines' early advantage in race for Senate

One of the truisms of the Congressional campaigns is that incumbents PAC a punch.

U.S. Sen. Steve Daines has nearly 14 times as much cash on hand as his would-be challengers combined. 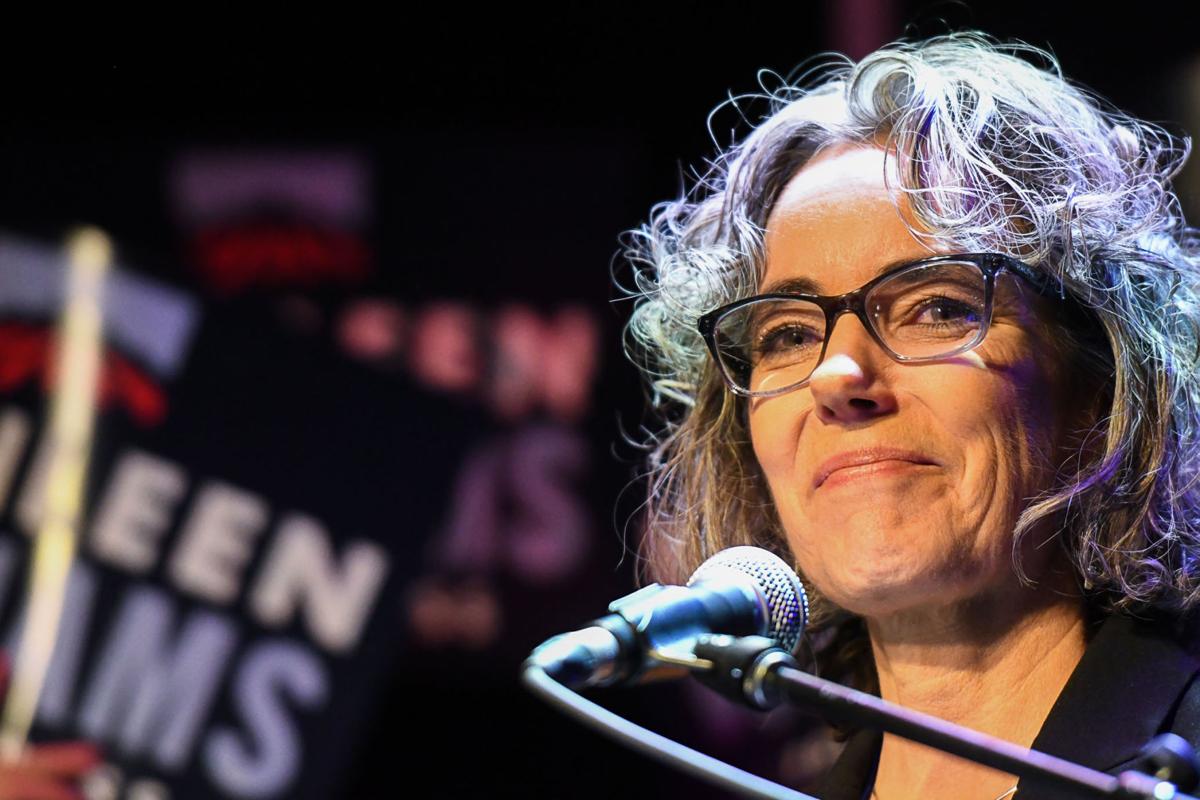