A resolution requesting that the American Prairie Reserve’s federal grazing permits not be changed passed out of committee on a party-line vote Tuesday.

“I believe there are issues,” said Rep. Dan Bartel, R-Lewistown, who sponsored the measure. He addressed the committee Tuesday night, after which the panel passed the resolution. If approved by the full Legislature, copies of the resolution would also be sent to Congress and the Department of Interior, but the legislation carries no teeth.

“We should not allow them to conduct a radical experiment on BLM land,” testified Chuck Denowh, of the United Property Owners of Montana.

The move is the latest in a series challenging the American Prairie Reserve in its quest to establish a 3.5-million acre conservation area for wildlife — including bison — along the Missouri River by knitting together 500,000 acres of private land with 3 million acres of state and federal lands. The APR’s next-door neighbor is the 915,000-acre Charles M. Russell National Wildlife Refuge.

“We joke that we are the largest conservation project that you’ve never heard of,” Pete Geddes, vice president of the American Prairie Reserve, said in his testimony.

“We are under no illusions about the controversy of our project,” he said. “You don’t have to like us, you just have to respect our property rights.”

As part of the creation of its conservation area, APR is seeking to modify 18 BLM grazing allotments in Chouteau, Fergus, Petroleum, Phillips and Valley counties. The modifications requested are to change the class of livestock from cattle to bison; to allow for season-long grazing; fortify existing external boundary fences by replacing the second strand from the top with an electrified wire; and removing interior fences on all 18 permits.

The BLM has received almost 2,500 comments on the proposal and is in the process of conducting an environmental analysis of the APR’s request.

Bartel called the APR’s appeals “counterproductive to the land,” adding that such changes do not follow guidelines set in the Taylor Grazing Act. The act, passed by Congress in 1934, allows the federal government to regulate grazing on federal lands.

The GOP endorsement came in spite of comments by committee vice chair Andrea Olsen, D-Missoula, that some of Bartel’s assertions in the resolution were factually incorrect.

For example, the resolution states: “WHEREAS, the APR is intent on creating a wild, free-roaming bison herd, which will impact the property rights of neighboring landowners.”

“APR’s bison are not free roaming and may never be,” Geddes said.

He also noted the bison are private property, classified as livestock and subject to all state rules.

Bartel countered under questioning from Olsen that, “These are my beliefs, and a lot of them are factual because I live up there.”

In addressing the committee, the APR’s Geddes noted that it was “ironic” that the United Property Owners of Montana had stood in support of the resolution considering the group was “attacking the property rights of a private entity in Montana.”

One of the planks of the GOP’s state platform states in part, “We support prohibiting the state of Montana and its political subdivisions from adopting and developing environmental and developmental policies that, without due process, would infringe or restrict the private property rights of the (property) owner.”

Geddes said “wild claims” about bison harming the environment have not been proven, noting that bison grazed the prairie area for thousands of years prior to the arrival of ranchers and cattle. Where the APR has been allowed to take down interior fences on its Sun Prairie unit that holds bison, Geddes said the group has met or exceeded BLM standards, partly because it does not stock the land to capacity.

The discussion wasn't limited to bison, fences and grazing. Bartel said in part that the resolution is also needed to “protect Montana farmers, ranchers and communities from disappearing.”

Geddes countered that the American Prairie Reserve is “not the enemy” of Montana’s farm and ranch communities, pointing to one business it established to pay ranchers more for their beef if they support wildlife and wildlife habitat.

“Our goal is to help diversify the economy,” Geddes said, adding that APR had pumped $5.7 million into the region.

“We are not the boogie man.”

The only person to testify in favor of the American Prairie Reserve was Ben Lamb, who was representing the Montana Wildlife Federation and Greater Yellowstone Coalition, among other conservation groups. Lamb said it was “not appropriate” to use a resolution to stop a property right.

“If people in Montana are concerned, then don’t sell” to APR, he said.

Lamb said the resolution breaks with decorum by singling out a specific group. “What’s next, the Hutterites?” he said.

More than 2,000 miles from his adopted Bronx home, Ecuadorean native William Quizhpi found a connection to his native roots during a visit to …

The state House on Wednesday gave a strong nod of bipartisan approval to a new proposal to set the framework for how the state of Montana goes about picking and paying for infrastructure.

My wife just found out and came to break the news. The buy-sell agreement has been signed. Final closing for our Wyoming family Hereford ranch…

Mark Twain quipped, “No man's life, liberty, or property are safe while the legislature is in session.”

Bison got a cold reception from the Montana agricultural community during two hearings at the Legislature on Thursday.

Montana governor, secretary of state in dispute over veto

Montana Secretary of State Corey Stapleton is attempting to overrule Gov. Steve Bullock's veto of a bill by saying the governor did not deliver the rejected bill to him in time.

A few weeks ago, a Bureau of Land Management spokesperson had this to say on Yellowstone Public Radio about public lands in central Montana ma…

American Prairie Reserve has expanded its holdings in northeastern Montana by another 22 square miles, bringing its total deeded and leased property to more than 655 square miles. 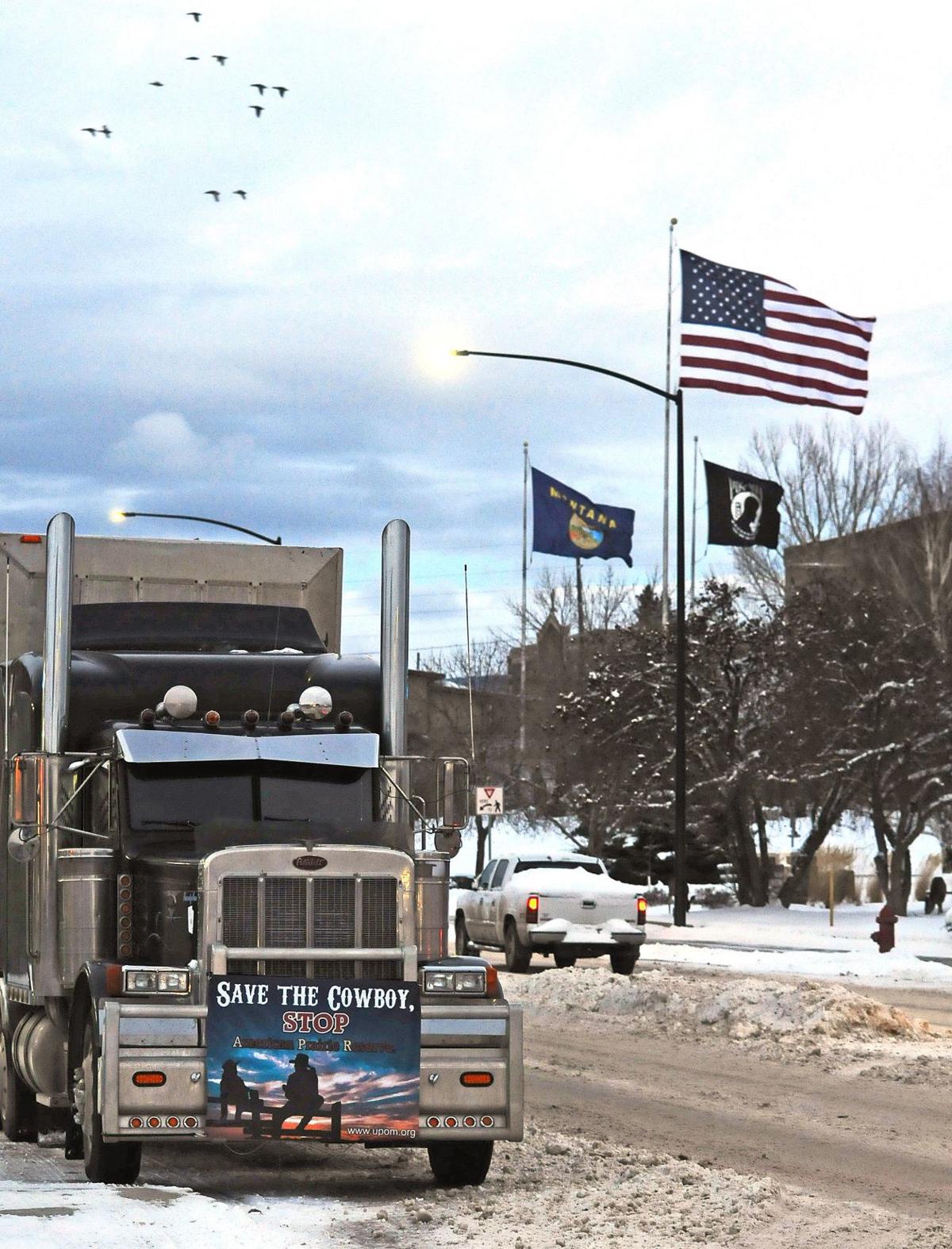 Geese fly over a semi truck emblazoned with a banner promoting private land ownership in Lewistown on Thursday, Jan. 24. Across the street the American Prairie Reserve was holding a public conference for ag producers on living with wildlife. 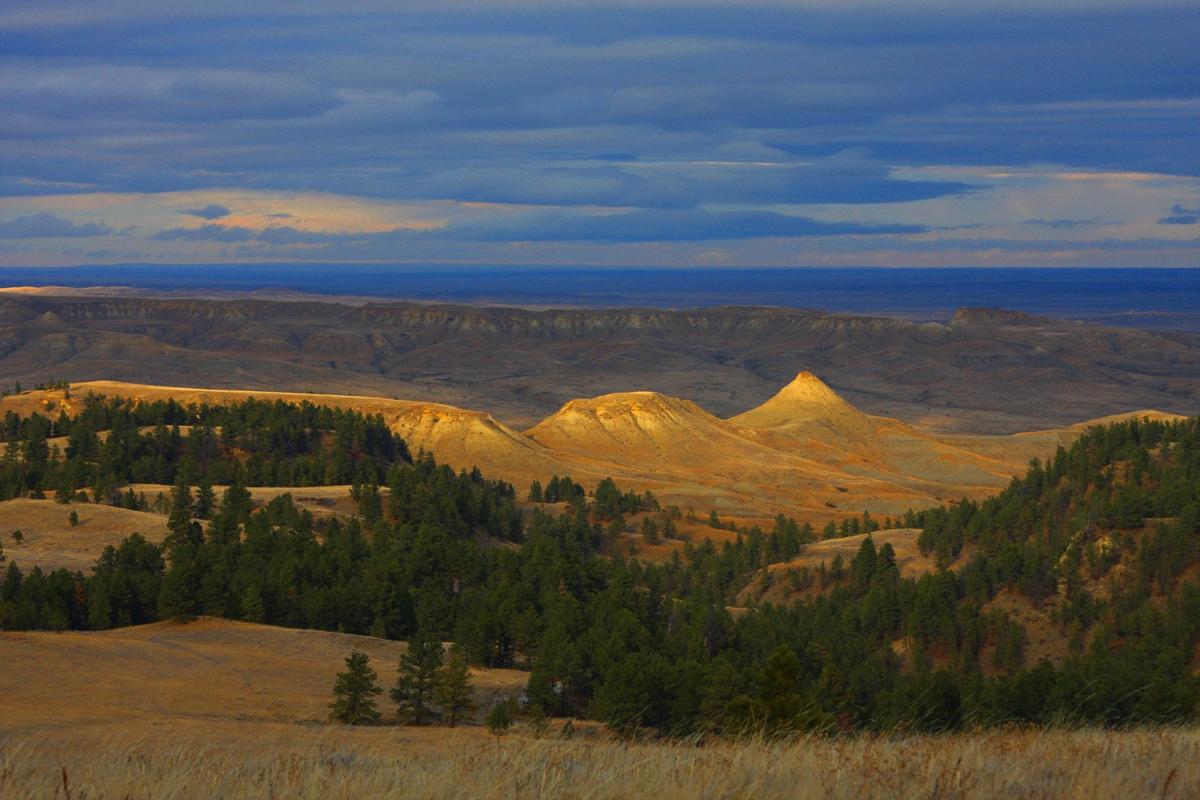 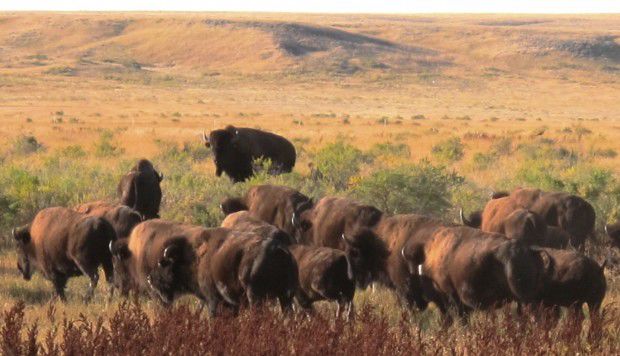 The American Prairie Reserve has a private bison herd roaming a portion of its land. 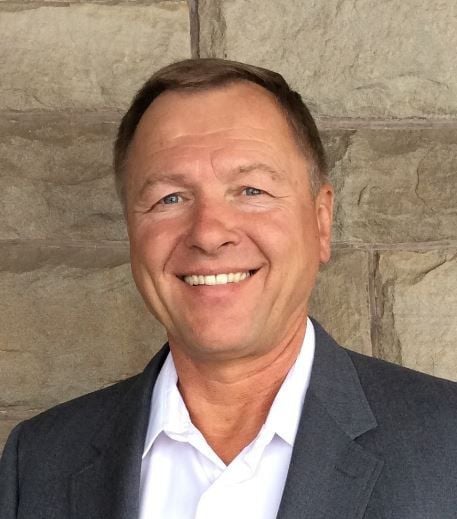