The Montana Department of Corrections manages the inmate welfare fund, which sees revenues from the cost of telephone calls made by inmates and their purchases at canteens in prison facilities around the state. The funds can then be used for inmates and their families through an application process.

The total of questionable or inappropriate expenses from that fund presented to lawmakers on Tuesday was $51,297. The true total could be higher: state Legislative Audit Division took a narrow sample, 141 of 3,566 expenses from the inmate welfare fund from 2019 to 2021. However, Amber Robbins, an analyst supervisor with the audit office, told the Legislative Audit Committee these expenses were selected because they had the potential to be questionable.

"It was definitely a targeted sample," she said.

The audit largely chalked the misspending up to vague policies and inconsistent interpretation of those policies across different prison facilities. The inappropriate expenses, the audit states, leaves less money in the account to benefit inmates and creates equity issues, which in turn could result in higher costs to the state and local communities through higher recidivism rates.

Department of Corrections Director Brian Gootkin told lawmakers his office concurred with the audit's findings and policy changes were already underway. Natalie Smitham, the department's new chief financial officer, said the funds would be returned to the inmate welfare fund through the fiscal year end processes that will take place next month. 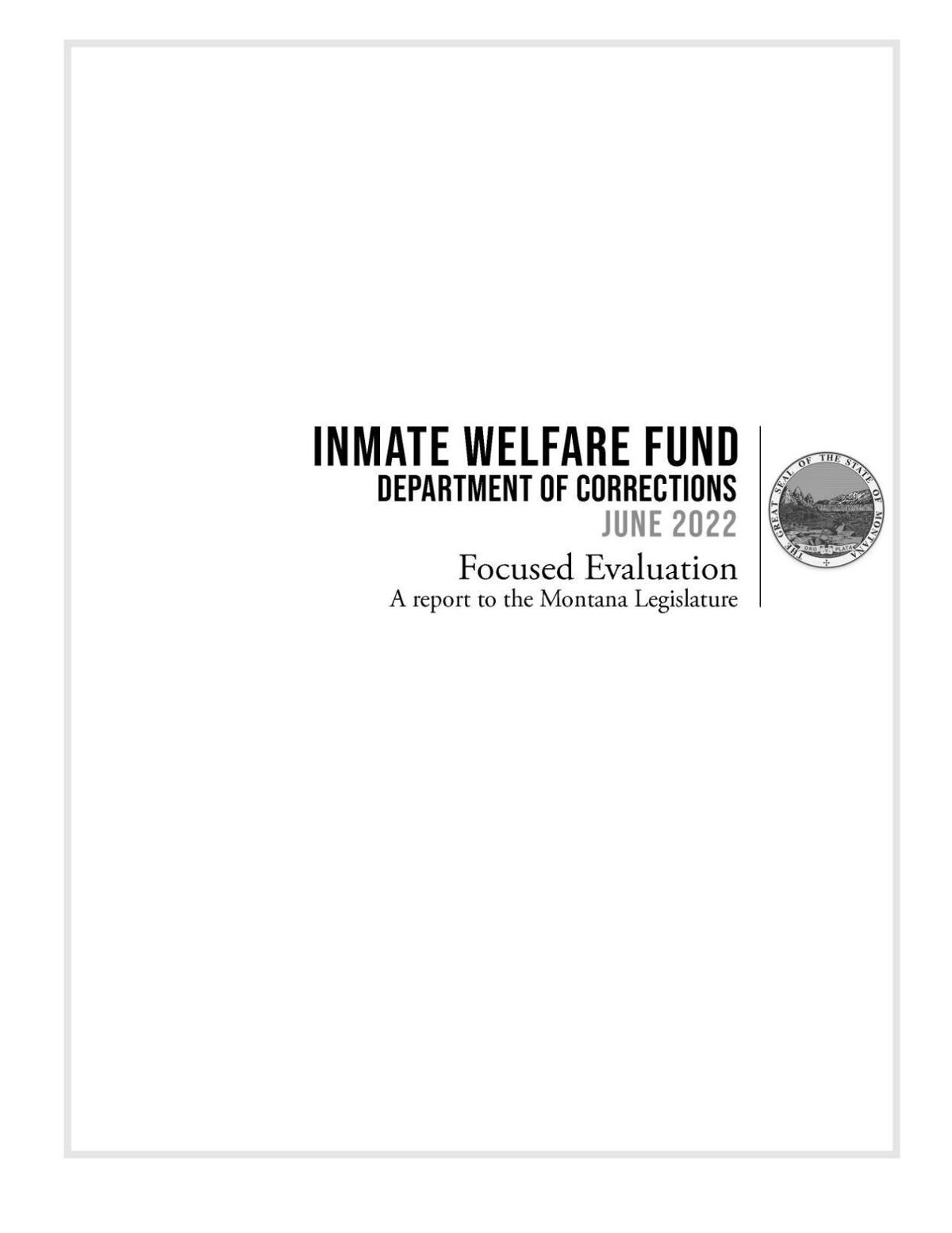 The audit found "most" expenses were appropriate, although several were "questionable" and a few others were clearly inappropriate. Inappropriate expenses included a washing machine and dryers ($1,992); hotel room for an employee transporting an inmate ($107); and an ice and water dispenser for the infirmary ($5,200).

Questionable expenses, in which policy was unclear on whether or not the state was responsible for the cost, included 13 computers and printers for inmates to access prison policy and legal research at a cost of $12,000. The audit states "it is well-established that adequate access to the courts for inmates is a state responsibility," although the welfare fund pays for a portion of monthly costs for access to legal reference materials.

Items for inmates who can't afford hygiene or legal supplies have also been paid for by the inmate welfare fund, another point the auditors listed as "questionable" and could fall under the state's responsibility. The audit sample found $9,450 in expenses on items for indigent inmates, although the department told auditors the estimated annual expense across all facilities is closer to $28,000.

"If it isn't funded through the Legislature than we have to reevaluate and look at our own budget," Gootkin assured him.

Montana has two House seats up for election this November.

The event was the first time all three appeared together in a forum.

This fall’s election will provide some insight about where Montana’s Democrats are headed and if their renewed focus on “kitchen table" issues will resonate with voters.

Twenty seven groups filed the petition with the U.S. Fish and Wildlife Service requesting that the agency disqualify Montana and Idaho from receiving funding from the Pittman-Robertson Act

The three candidates running for Montana’s new western U.S. House seat will meet in a debate in Missoula on Monday.

A federal agency has once again failed to consider possible damage to the environment caused by mining coal when setting land management policies.