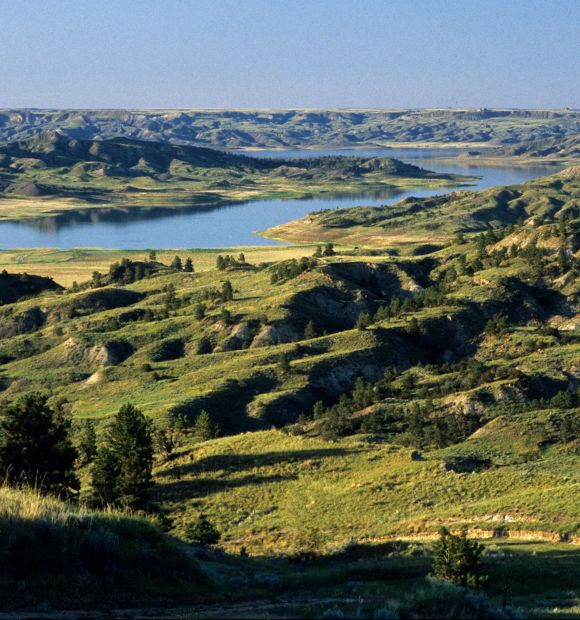 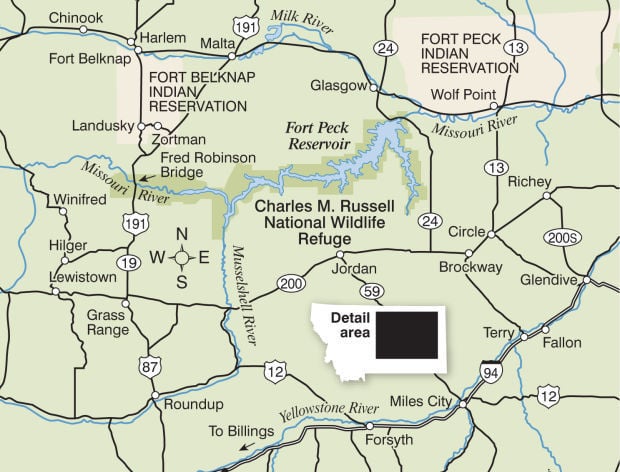 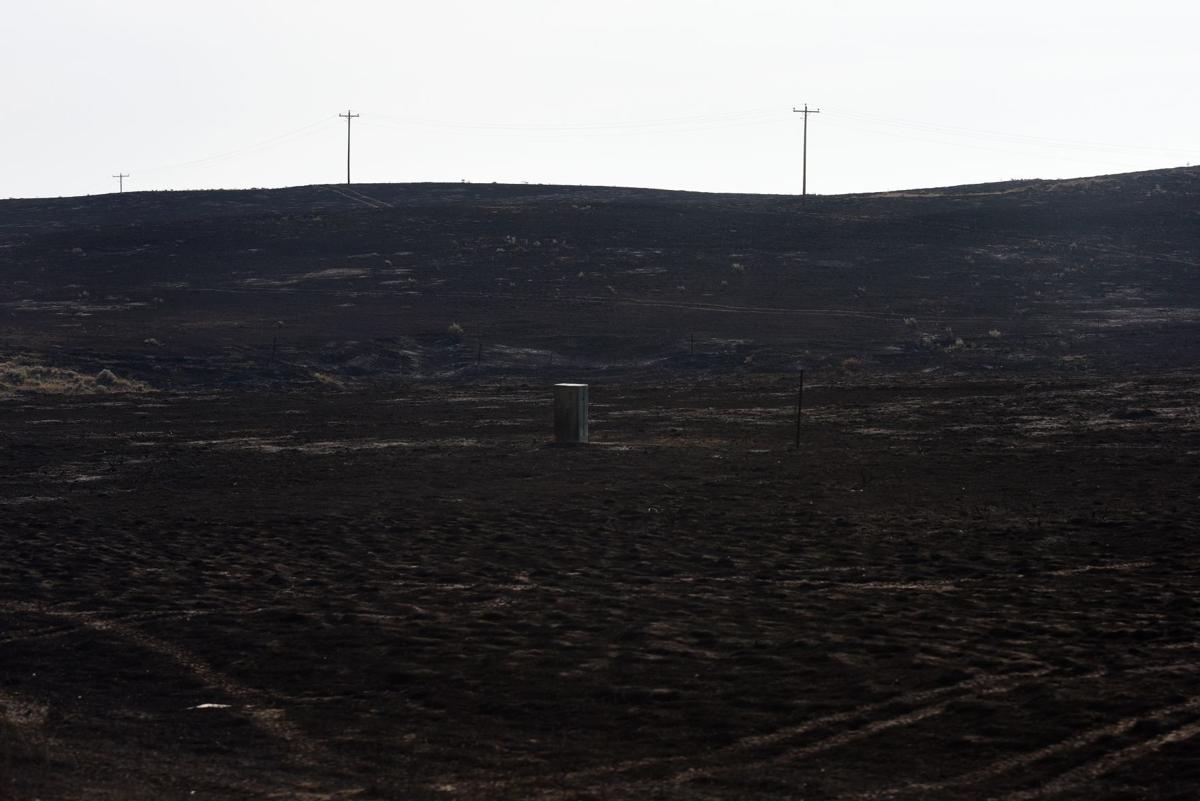 Land charred by the Bridge Coulee fire in the Lodgepole Complex near Sand Springs in July. 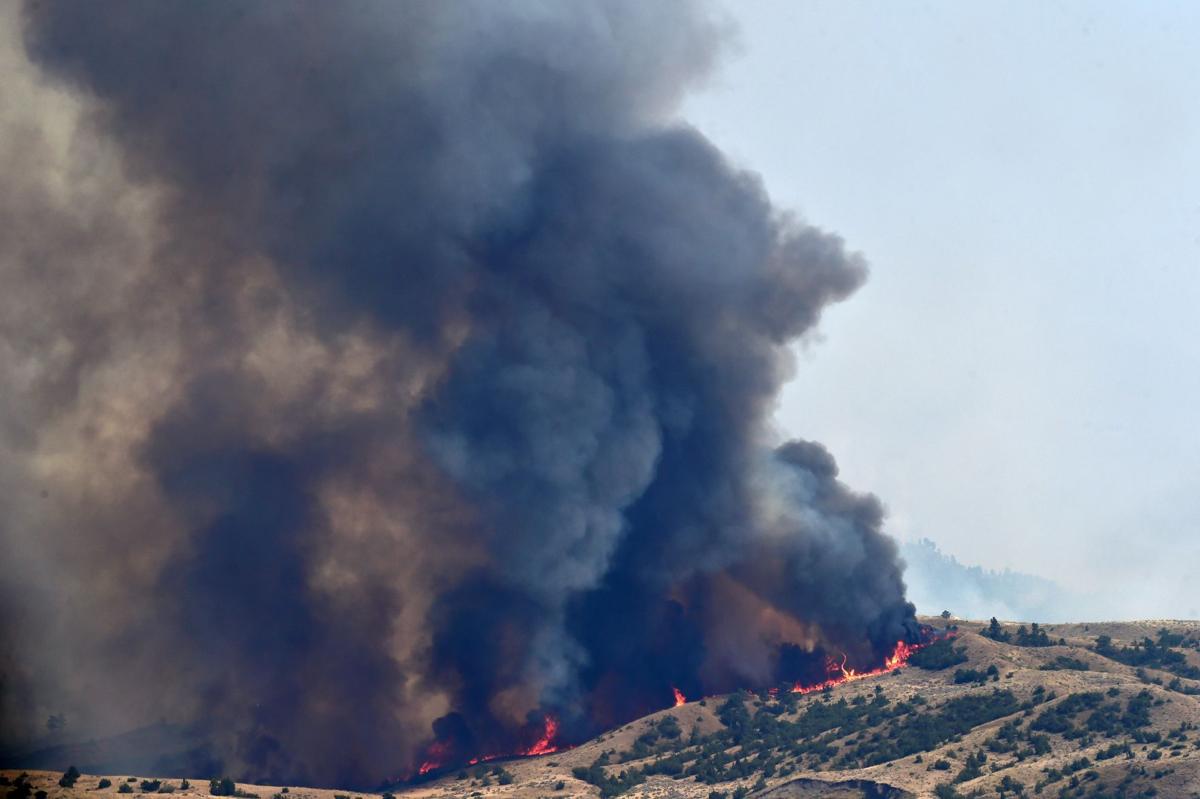 Flames from the Bridge Coulee fire in the Lodgepole Complex stretch across a ridge near Sand Springs on Sunday. 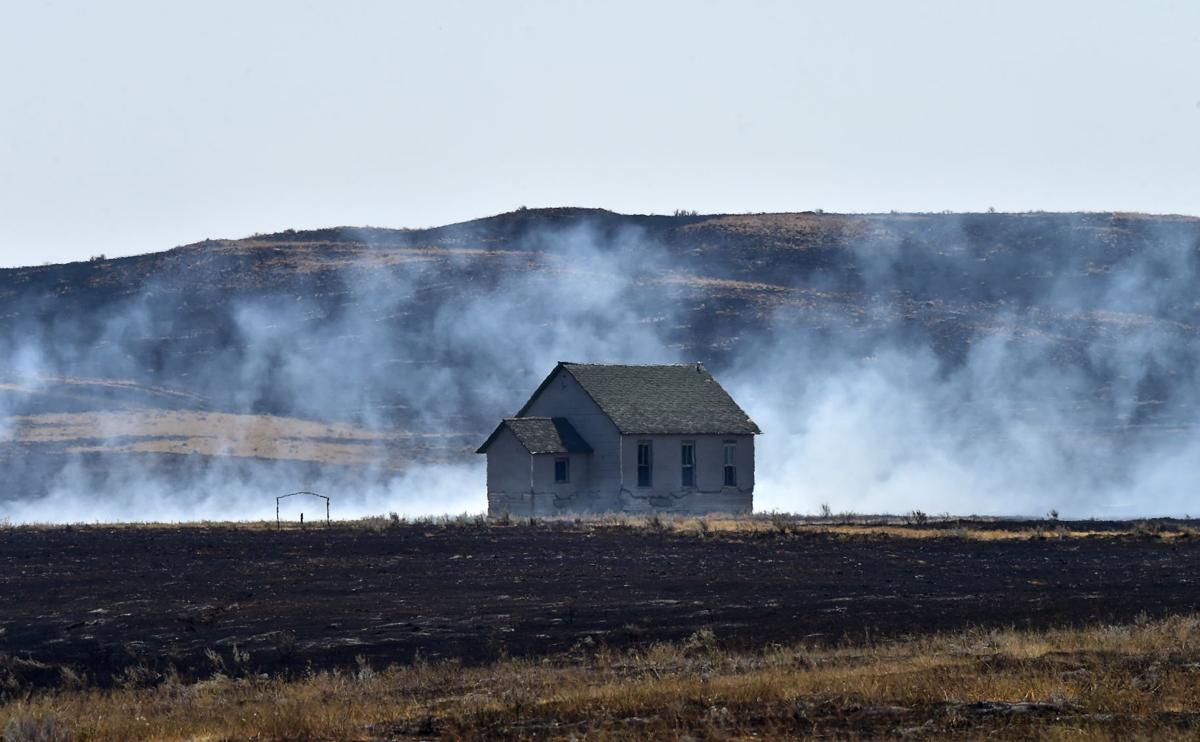 A structure stands protected from the fire line as the Bridge Coulee fire in the Lodgepole Complex works its way across land near Sand Springs on Sunday.

Cattle were to begin arriving on the refuge Saturday night, as ranchers suffering from the worst fire damage took the U.S. Fish and Wildlife Service up on an offer for grass and water, both hard to find on the Lodgepole Complex’s more than 422 blackened square miles.

“We were able to do this in a couple days. We already have three families with contracts to get in there. We think we can accommodate at least Garfield County,” fire victims, Zinke told The Gazette on Saturday. “At the end of the day, the government belongs to the people. We’re happy to do it.”

Cattle will be allowed to stay on the refuge until Nov. 1, though most are expected to leave earlier as ranchers send their calves to market, Zinke said. The stay guarantees thousands of calves won’t be sold early at discounted rates that could break a ranch budget.

The grass isn’t free. Ranchers will have to meet standard lease terms. No one expects free grass, said Dean Rogge, farmer/rancher and board member of the Garfield County Conservation District.

Rogge said the conservation district has spent years developing a partnership with the U.S. Fish and Wildlife Service. That relationship helped open up CMR grass to ranchers in a hurry.

Since the four fires of the Lodgepole Complex blew up July 20, Garfield County ranchers have been living on the good graces of others. Everything from hay to bagged ice has been trucked into the community, largely by people responding to social media updates on community needs.

Saturday, the fire was in full wind-down, with fire management sources issuing their final report on the complex that began the week as the nation’s top fire priority. Roughly a dozen homes were destroyed in the declared disaster area, which qualified by week’s end for Federal Emergency Management Agency funding to pay for 75 percent of costs related to fire and cleanup.

But the challenges for ranch families within the fire’s 194-mile perimeter are far from over. After the calves are sold off in the fall, ranchers will have to decide whether they can keep the adult females, the cows and heifers that are the backbone of any ranch that produces calves for a once-a-year fall payday. The charred landscape will not have recovered enough to feed the cows and heifers expected to birth next year’s calves in late winter or early spring 2018.

Ranchers spend decades developing the bloodlines of their herds, Rogge said. Those genetics disappear in the back of a stock trailer departing Garfield County on Highway 200 when herds are liquidated.

“These guys have spent a lifetime, maybe generations of their lives on the genetics of their cattle herds. For the ones that sell, it’s like starting over. It’s like you’re 20 years old again,” Rogge said. “That’s tough. Genetics are important.”

Rogge and other ranchers were surprised at how quickly the plan came together to open up the CMR refuge for prescribed grazing by displaced cattle.

The conversation about opening up CMR land began July 24, as the Lodgepole Complex exited its worst period, according to USFWS. Sarah Swanson, a local farm implement dealer, wrote Zinke about the possibility of making CMR pasture available. By mid-week U.S. Sen. Steve Daines and Rep. Greg Gianforte were involved.

There is grazing on the CMR, refuge manager Paul Santavy said. Roughly two thirds of the refuge’s 1.1 million acres are grazed at some point in a year, while the other third is in recovery. Grazing is part of the refuge management plan done to different prescribed levels to promote healthy ground cover and wildlife habitat.

"This is a difficult time for many families in Montana and we are eager to get to work as neighbors do and help people impacted by this fire disaster. We stand ready to welcome our neighbors in need," Santavy said.

There are already a few thousand cattle headed to the refuge, some by cattle drive, Santavy said.

“We’re just thankful the U.S. Fish and Wildlife Service came to our aid. And everyone else, too. Everyone across the nation and the support from across the state. It’s overwhelming. Garfield County just wants to give a big thank you to everyone who is supporting us.” -- Dean Rogge, farmer and rancher

Evacuations lifted for wildfire east of Columbus near I-90

Zimmerman Trail was closed for more than an hour Tuesday evening in Billings while firefighters responded to a fire.

So much hay, food, fence materials, money and other donations have poured into Garfield County since the Lodgepole Complex fires tore through …

Work began earlier this month to dredge sediment from Baker Lake, which is full of debris from a tornado that touched down in southeastern Mon…

Land charred by the Bridge Coulee fire in the Lodgepole Complex near Sand Springs in July.

Flames from the Bridge Coulee fire in the Lodgepole Complex stretch across a ridge near Sand Springs on Sunday.

A structure stands protected from the fire line as the Bridge Coulee fire in the Lodgepole Complex works its way across land near Sand Springs on Sunday.