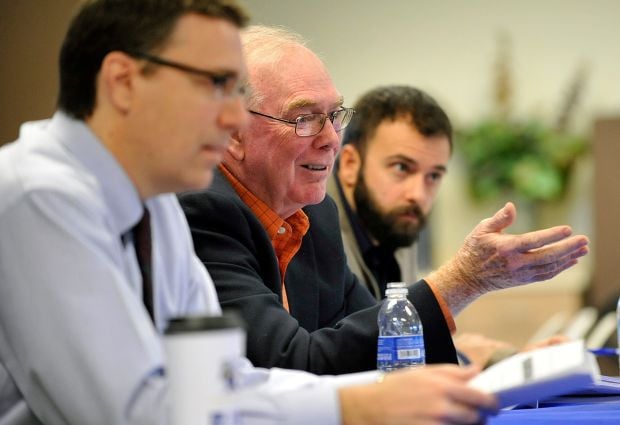 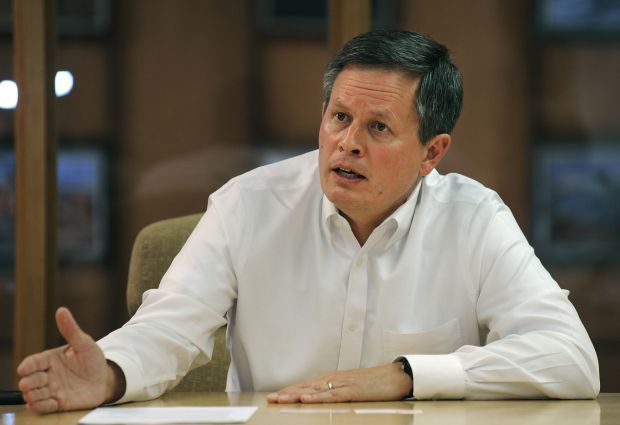 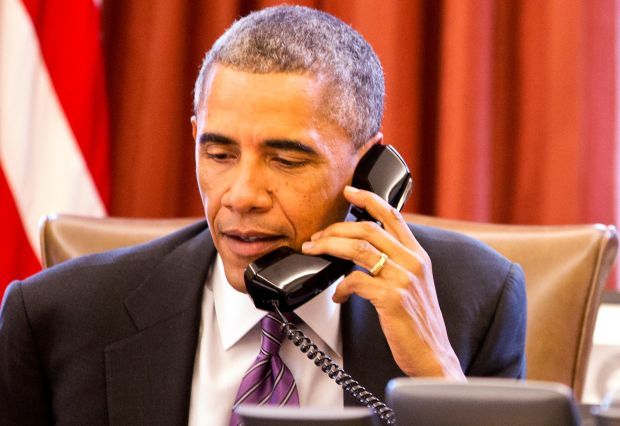 President Barack Obama speaks during a phone call about Ebola in the Oval Office of the White House on Oct. 8. 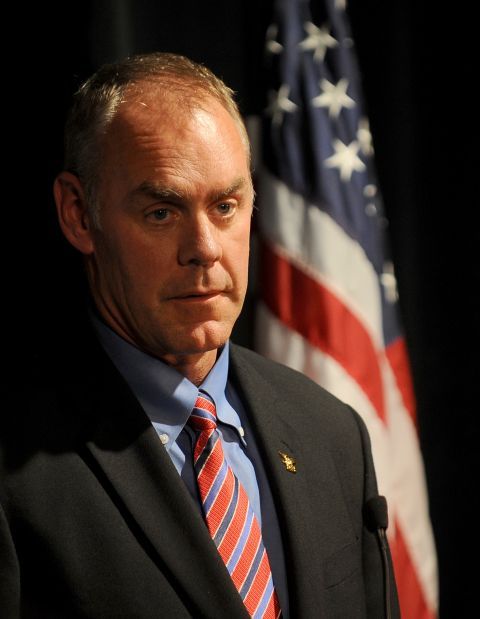 United States Congressional candidate Ryan Zinke answers a question during the Montana Congressional Debate on Monday at the Petro Theater at MSUB.

In his bid for the U.S. Senate, Rep. Steve Daines, R-Mont., had 46.7 percent backing from likely voters polled, compared to 30.6 percent for Democrat Amanda Curtis.

“Republicans are hoping to take six Senate seats that are currently held by Democrats, and this is one of them that they have their hopes on,” said Matthew McMullen, psychology professor. “We provided some support for their hopes.”

Montanans were polled on races for statewide office, as well as President Barack Obama’s performance, Obamacare, the military strikes on the Islamic State, the Keystone XL pipeline, immigration, coal taxes and recreational marijuana use.

Though Daines had a 16-point lead on Curtis in the poll, he had less than 50 percent of the respondent vote. Slightly more than 20 percent of the voters polled were undecided.

A majority of men, 53 percent, backed Daines, while a plurality of women, 31 percent, supported Curtis, who has been aggressively courting women voters.

Among Republicans, 81 percent liked Daines, while Democrat support for Curtis was less strong at 71 percent.

Curtis entered the race in August after Democratic Sen. John Walsh withdrew from the race in the midst of a plagiarism scandal.

Republicans didn’t back Zinke as strongly as they did Daines, giving the former state legislator 73 percent support. Roughly 72 percent of Democrats supported Lewis.

In Montana’s nonpartisan Supreme Court races, incumbent justices Jim Rice and Mike Wheat have strong leads over their challengers, but more than 60 percent of the voters in each race were either undecided or had no response.

“This high undecided really says people don’t know who the hell they are. Even when they hear the name, they don’t know who they are,” Wilson said. “It tends to raise the issue, ‘Do you want to continue to elect judges, or should they be appointed?’ If you really want to have them elected, maybe you should have them partisan, because partisanship means something.”

Voters who would latch on to a party candidate in a partisan race, didn’t know who to vote for in the absence of Rs and Ds on the ballot.

Rice had 27 percent backing to opponent W. David Herbert’s 3.2 percent. Nearly 70 percent of the respondents were undecided or had no comment about the race.

The Affordable Care Act, also known as Obamacare, received a 56.2 percent disapproval rating, though most respondents said they haven’t been hurt by the policy and some had been helped by it.

“When you add together the helped and not hurt categories you get about two-thirds of the respondents. Only about 25 percent of the people said that they were hurt,” said Wilson. “When you think about how hard Republicans are running against Obamacare, some of the sting of that issue may have been taken out once it went into effect and 58 percent of the people found, ‘Hey, I wasn’t affected at all.’”

On state issues, 56 percent of respondents opposed a Republican proposal to cut off voter registration the Friday before the general election. Montanans can currently register to vote through Election Day.

Asked about legalizing recreational use of marijuana, 60 percent of respondents opposed the idea, while 30 percent supported the movement.

Billings is a pretty safe community, according to residents polled by Montana State University Billings.

President Barack Obama speaks during a phone call about Ebola in the Oval Office of the White House on Oct. 8.

United States Congressional candidate Ryan Zinke answers a question during the Montana Congressional Debate on Monday at the Petro Theater at MSUB.