WASHINGTON — In one of his first acts as new chairman of the Senate Energy Committee, Democratic Sen. Joe Manchin on Tuesday urged President Joe Biden to reconsider his executive order revoking a presidential permit for the long-delayed Keystone XL oil pipeline, siding with Republican critics who say Biden's action will cost thousands of high-paying jobs.

Manchin, of West Virginia, has yet to lead a hearing since being named chair last week, but he spoke out on the pipeline controversy that has spanned four presidencies. In a letter to Biden, Manchin said Keystone XL and other pipelines "continue to be the safest mode to transport our oil and natural gas resources, and they support thousands of high-paying, American union jobs.''

His comments signal the tricky relationship the White House is likely to have with Manchin, a moderate who has urged Biden to act in a bipartisan manner on COVID-19 relief and other issues, including climate change. Manchin leads a committee that is crucial to Biden's efforts to address climate change but has expressed skepticism about some of the actions advocates say are needed to reduce harmful greenhouse gas emissions that contribute to global warming.

Manchin, a longtime coal industry defender who once shot a copy of a climate-change bill for a campaign ad, has worked to improve relations with environmentalists. He says he supports "responsible" effort to address climate change but has urged Biden to consider the effects of his actions on energy-producing states such as West Virginia.

Breaking with his party, Manchin questioned Biden's action to rejoin the global Paris climate agreement, in which more than 100 countries have pledged to achieve net zero carbon emissions by the middle of the century.

Biden rejoined the Paris agreement on his first day in office, after former President Donald Trump moved the U.S. out of the 2015 accord. Echoing an argument used by Republicans, Manchin has said the United States puts itself at a disadvantage by pledging to curtail fossil fuels while India and China continue to burn huge amounts of coal.

Similarly, Manchin said revoking the cross-border permit for Keystone XL could have a negative effect on safety, jobs and energy security, citing Canada as one of the largest and most reliable trading partners the U.S. has.

The 1,700-mile pipeline was planned to carry roughly 800,000 barrels of oil a day from Alberta to the Texas Gulf Coast, passing through Montana, South Dakota, Nebraska, Kansas and Oklahoma. First proposed in 2008, the pipeline has become emblematic of the tensions between economic development and curbing fossil fuel emissions causing climate change. The Obama administration rejected the pipeline, but Trump revived it and was a strong supporter.

Manchin's comments follow similar remarks by AFL-CIO President Richard Trumka, who said in an interview with "Axios on HBO" that he wished Biden had not canceled Keystone XL on his first day in office.

"I wish he had paired that more carefully with the thing that he did second by saying here's where we're creating jobs," Trumka said, referring to Biden's Jan. 27 executive order on climate change.

Trumka, like Manchin a Biden ally, said he believes Biden knows he made a mistake in not announcing plans for job creation at the same time he rejected the Canadian pipeline.

"The next time the subject came up it was done the right way,'' Trumka said, noting White House promises to create jobs in mine reclamation, fixing "leaks and seeps" in old mines and cleaning up old industrial sites.

White House spokesman Vedant Patel said Biden has proposed "transformative investments in infrastructure that will not only create millions of good union jobs but also help tackle the climate crisis."

"I've had a train blow up in my state. I know that product is still coming to the United States,'' Manchin told reporters last month. "I think it's safer to come by pipe than it is by road or rail. So we'll have those discussions.''

Manchin's letter came as 14 Republican attorneys general sent a letter telling Biden his decision to reject Keystone XL "will result in devastating damage to many of our states and local communities. Even those states outside the path of the Keystone XL pipeline — indeed all Americans — will suffer serious, detrimental consequences,'' the GOP officials said.

The letter was written by Montana Attorney General Austin Knudsen and signed by 13 other state AGs, including Ken Paxton of Texas and Patrick Morrissey of West Virginia, who lost a 2018 Senate race to Manchin.

The Biden administration hasn't specified what action it might take on other pipelines, but industry experts doubt there will be swift changes like the one that stopped Keystone.

A federal judge on Tuesday agreed to push back a hearing about whether the Dakota Access oil pipeline should be allowed to continue operating without a key permit while the U.S. Army Corps of Engineers conducts an environmental review on the project.

North Dakota Republican Gov. Doug Burgum is asking the U.S. Army Corps of Engineers to argue for keeping the Dakota Access oil pipeline operating while it conducts an environmental review on the project. 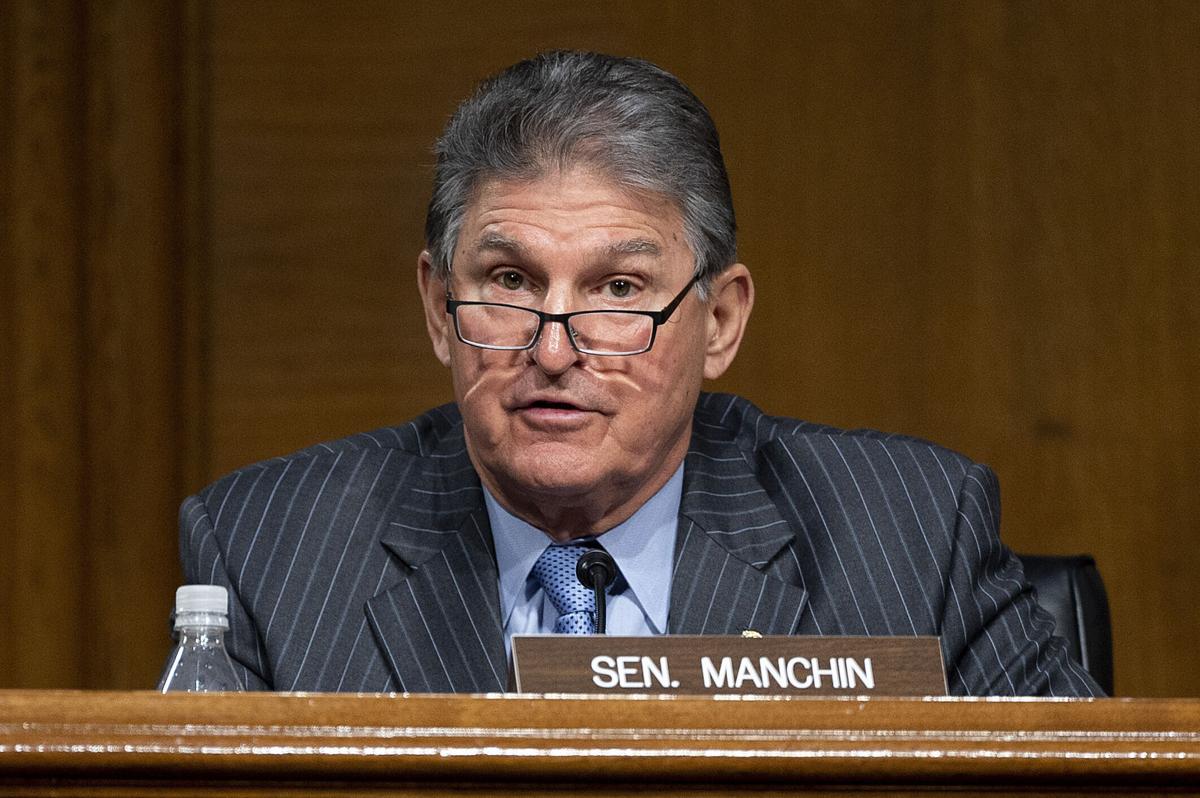 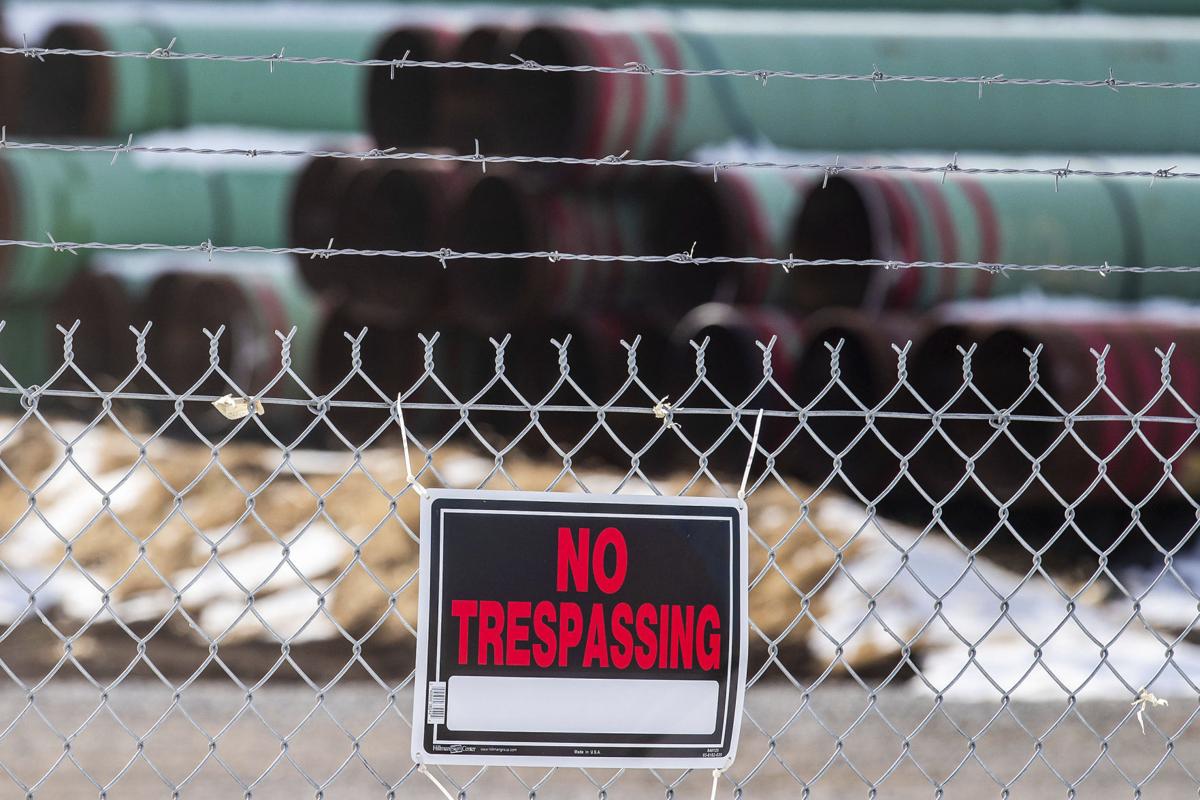 In this Dec. 18, 2020 photo, pipes to be used for the Keystone XL pipeline are stored in a field near Dorchester, Neb.