McKenna Fromm was a straight-A high school student, basketball player and member of student government in 2011.

By 2015, she was living in a spider-infested “drug den,” estranged from her family and deep in addiction.

Fromm said her life turned upside down after being diagnosed at age 15 with painful bladder syndrome, which caused debilitating pain. She was prescribed powerful painkillers and had 10 different surgeries. Still, she said, doctors could not get her pain under control. She had to quit all extracurricular activities and spent most of her time at home.

Within a few years, she was smoking her opioid pills for a stronger high, and using meth, marijuana, benzodiazepines, alcohol and cocaine in an attempt to self-medicate.

Fromm’s story of opioid addiction is not unique. The National Institute on Drug Abuse reports that every day, more than 130 people die of overdosing on opioids in the United States. Montana lawmakers are considering new legislation to combat this type of addiction — the one that often begins with a legal prescription. Proposed laws include restricting prescriptions for first-time patients, creating a mandatory opioid registry and mandating doctors give counseling before prescribing opiate painkillers.

Fromm says these proposals could have caught her while she was falling.

Fromm’s diagnosis and subsequent pain shattered her dream of going to the University of Montana, and said she became deeply depressed after graduating from high school. She had to stay home in Great Falls and take classes online. That’s when she met someone who looked past her condition, and she dove into the relationship.

As tension with her family grew, Fromm moved in with her boyfriend who was already familiar with using and abusing drugs. She said she began selling her own prescriptions, and then pawned her car and began stealing to buy what she needed off the streets.

"I knew that I was the person anymore that I didn't want to be, but I also was so deeply intertwined in addiction that I didn't care," Fromm said in an interview.

Eventually, she got sick of the lifestyle. She told her parents she wanted to get clean, and they gave her two options: Rimrock, a treatment center in Billings, or Schick Shadel Hospital in Seattle. Fromm chose the latter, wanting to be in a place where no one knew her name.

Fromm spent eight days in detox, was given aversion and sedation therapy and stopped taking all of her pain medications. Even though the pain from her condition spiked, the therapy worked.

When she got out of treatment, Fromm moved to Bozeman to live with her sister and brother-in-law, and began taking classes at Montana State University. This is when things began to look up.

“I am so grateful that they gave me that opportunity because I really needed to get out of the environment that I was in,” Fromm said.

Fromm, now 23, will graduate from MSU this May with a degree in psychology and a sociology minor. She thrived in college, maintaining a 4.0 GPA, working at a Studio Barre gym and facilitating more than 100 addiction recovery groups. She is in the process of applying for a Master of Science in health sciences.

Fromm said she wants to get a master’s degree to use her personal experiences with pain, mental health struggles and addiction to help others who are in situations similar to hers.

“There is a light at the end of the tunnel. For the longest time, I never thought I would get there,” she said.

Today, Fromm controls pain from her condition with a strict diet, exercise and holistic and noninvasive treatments. She said she wishes she had known of other treatments before she even began taking opioids.

Montana’s Attorney General, Tim Fox, gave the lead supporting testimony for a bill heard in committee last week that would restrict opioid prescribing practices in an attempt to curb experiences like Fromm’s.

House Bill 86 passed the House on a 76-24 vote and moved to the Senate. Rep. Vince Ricci, R-Laurel, is carrying the bill.

The proposed legislation has three main components that would add restrictions to opioid prescriptions: requiring pharmacies to ask for a photo ID for prescription pickup in some cases, restricting an opioid-naive patient — someone who hasn’t had an opiate medication in 90 days — to only a seven-day supply and mandatory use of a prescription drug registry. There are exceptions in the bill for chronic pain patients.

Fox said in the hearing this legislation is a top priority for his office and for him personally.

Montana’s rate of opioid abuse has actually decreased while rates around the country have risen, according to the National Institute on Drug Abuse. However, Fox said even one opioid-related death is unacceptable.

“Any person who becomes addicted and requires treatment is one too many,” Fox said in an interview.

Part of the opioid epidemic has been attributed to misleading marketing by pharmaceutical companies. In 2017, Fox’s office filed a lawsuit against Purdue Pharma, the largest marketer in Montana, claiming it decided to “promote opioids deceptively and illegally in order to significantly increase sale.” Litigation in the case is ongoing.

Fox said he hopes that in addition to passing HB 86, the Legislature will add funding for specialty courts that have drug treatment programs, and for education and prevention programs. The attorney general’s Resolve Montana is one such program, and its website includes stories like Fromm’s and advice for using opioids responsibly for medical treatment.

"We can spend some money upfront, and save money, and lives, on the backside," Fox said.

No one spoke in opposition to HB 86. Representatives from the Montana Medical Association, Montana Pharmacy Association and Blue Cross Blue Shield of Montana all spoke in support of the bill.

It also has bipartisan support. Democratic Rep. Zach Brown of Bozeman also testified in support of the bill at its hearing. He said he saw opioid pills floating around Bozeman High School when he was a student, and said that’s where addiction starts for some.

“Where did those pills come from?” Brown asked. “Mom and dad’s medicine cabinet.”

Brown said he has a family member who couldn’t sleep without opioids after a knee replacement surgery, and that it was an eye-opening experience for him. He introduced his own legislation to combat the opioid crisis.

That bill, House Bill 419, would require medical practitioners and naturopathic physicians to give patients counseling on the risks of opiate medications. He said it’s true that many doctors already do this, but that distorted marketing by pharmaceutical companies still has a grip on the medical community.

“We’re working backwards from a place where doctors were told opioids were nonaddictive,” Brown said in the bill’s hearing last week.

Fromm said she thinks this legislation is a good idea. She said she didn’t know much about the pills that she was prescribed, but thought it was the only course of action she could take.

“There can never be too much education,” Fromm said.

The Montana Medical Association opposes Brown’s bill. Chief Executive Officer Jean Branscum said this type of counseling is already the standard of care in the medical community. She said physicians see the legislation as over-regulation.

Brown’s bill was tabled in committee, meaning it won’t move forward unless 58 members of the House vote to “blast” it to the full House for debate.

Brown said opioid addiction is a multifaceted problem. People can come in contact with opioids through legal prescription, through illegal buying and selling and through drug trafficking from countries like China and Mexico. Some people are getting counterfeit opioids that are cut with fentanyl and overdose accidentally.

Fromm said one of the most important lessons she took away from her experience is that mental health should be just as much a priority as physical health. Fromm was not only experiencing pain, but she said it made her depressed, which only intensified her opioid dependence.

This is a lesson she hopes to pass on as a licensed counselor for people struggling with addiction.

"I'd like to be an advocate for those who traditional practices don't necessarily work for,” Fromm said. “And I would just love to be a positive force in their life and help catalyze growth and change in them."

Shaylee Ragar is a reporter with the UM Legislative News Service, a partnership of the University of Montana School of Journalism, the Montana Newspaper Association, the Montana Broadcasters Association and the Greater Montana Foundation. Shaylee can be reached at shaylee.ragar@umontana.edu.

A former Billings Police Department evidence technician has admitted to stealing drugs from evidence storage and could receive a deferred sentence.

Addicted and expecting: How Montana's lack of resources impacts mothers and their children

Drug overdoses are skyrocketing across the U.S. That said, certain states have been hit substantially harder than others.

Most Montanans don't have access to drug treatment courts, despite their effectiveness, report says

A new report touting the effectiveness of drug treatment courts said most Montanans with a drug conviction don’t have access to one of the courts.

A federal law forcing a Billings addiction treatment provider to keep beds empty even as its waiting list grows has been relaxed.

The House Natural Resources Committee debated a bill introduced by Rep. Joe Read, R-Ronan, Monday that calls on the state to find that human emissions of carbon dioxide are not causing climate change, and to adjust its educational and tax systems accordingly.

A bill heard by a state legislative panel Tuesday would keep prosecutors and victims in the loop if a defendant wants to be released from state supervision.

People who buy their health insurance on the individual market would get tax credits from the state to help pay for the cost of coverage under a bill from a state legislator.

A registered sex offender who resides in Helena is accused of sexually assaulting a child and filming underage girls in local swimming pools.

The Montana House on Friday passed a bill to allow people on probation or parole to use medical marijuana if they suffer from a debilitating medical condition.

An audit of the state's prescription drug registry found several issues that hinder the system, making it not as useful as it could be in identifying misuse and abuse of prescribed medications.

Three men have been sentenced on federal drug charges filed after a string of drug overdoses in Bozeman in September 2017. 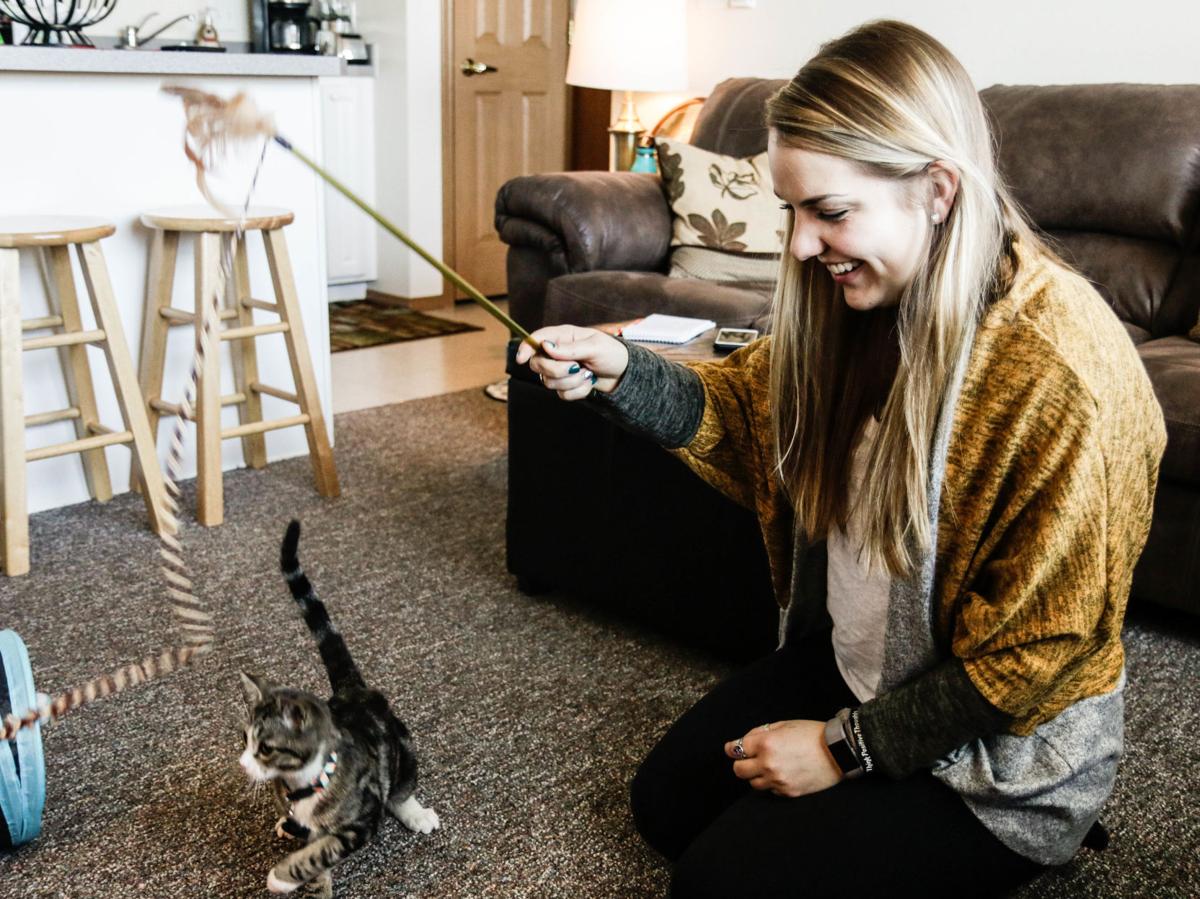 McKenna Fromm plays with her kitten, Willy, in her Bozeman apartment on Friday. She will graduate from Montana State University in May with a degree in psychology. 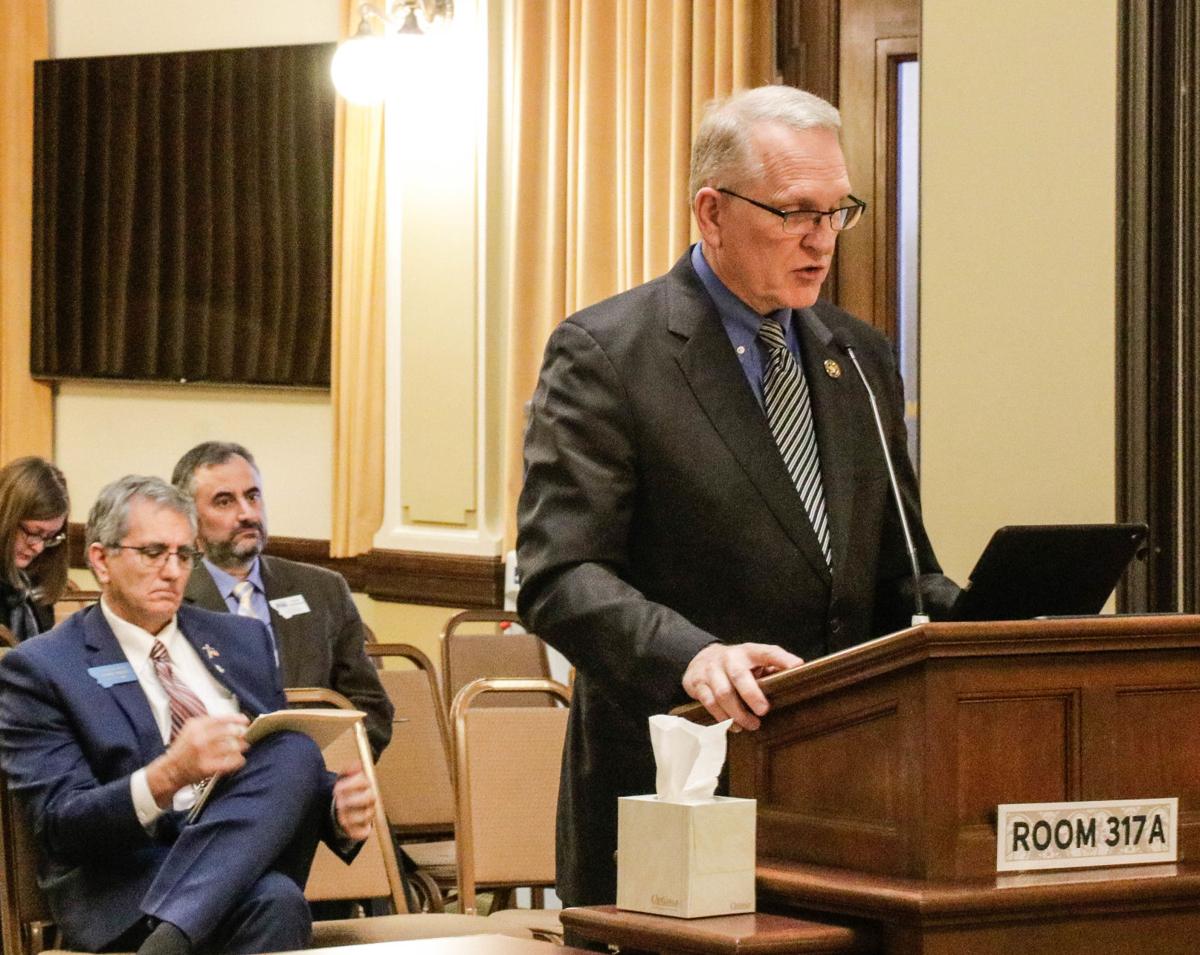 Montana Attorney General Tim Fox testifies in support of a bill to restrict opiate prescriptions in the Senate Public Health, Welfare and Safety Committee on Feb. 11. 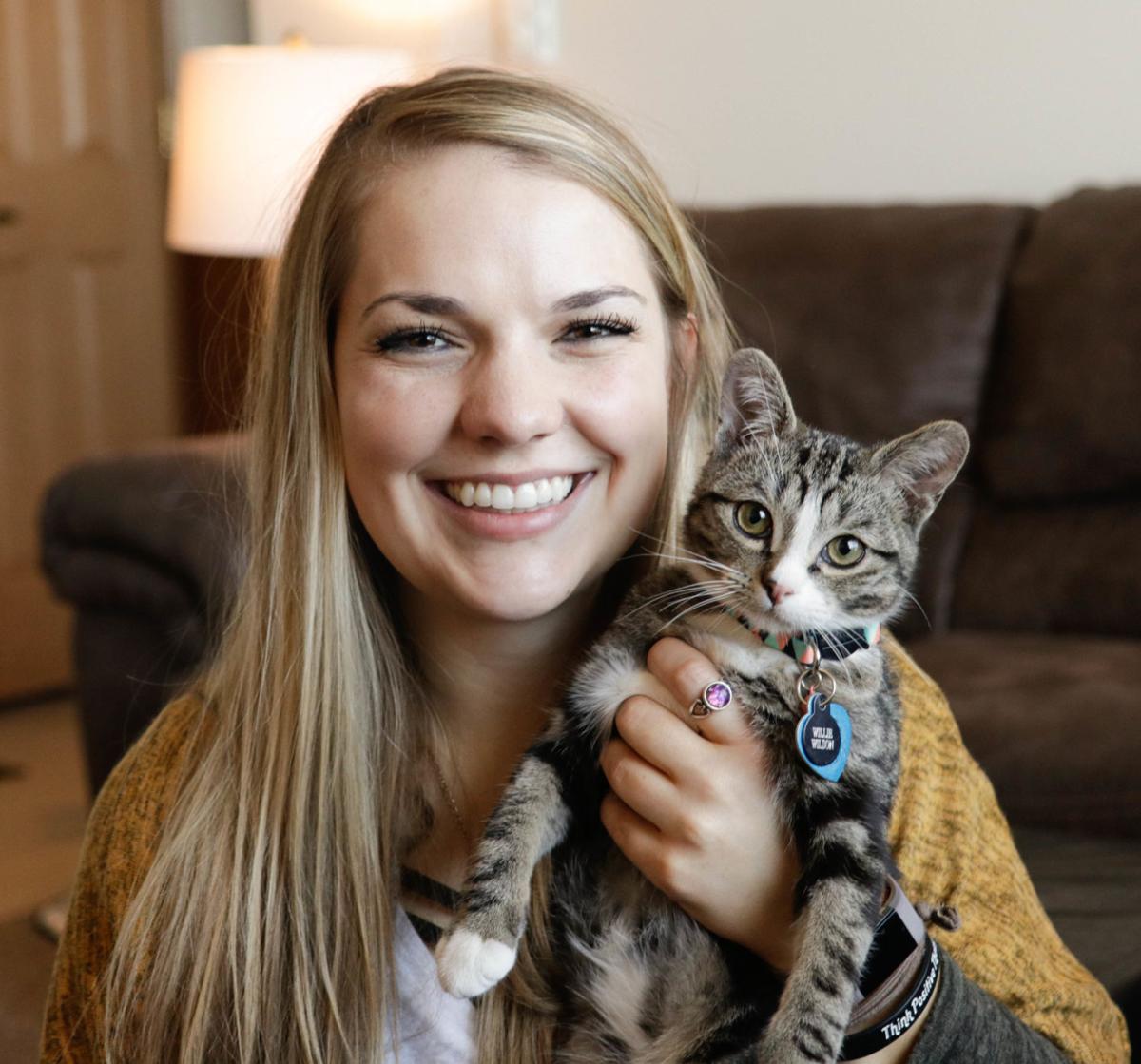 McKenna Fromm, 23, said she didn’t want to share her story in her first year of sobriety, saying she felt ashamed. She had been crowned prom queen in high school, but addiction took her to a dark place. Now, she’s an open book about her past and wants to use it to help others.