Montana could reduce its total number of deer and elk hunting districts by nearly 28% and make significant changes to licenses and permits under an early proposal from Montana Fish, Wildlife & Parks.

The proposals, generated by state wildlife biologists and managers across Montana’s seven administrative regions, came at the direction of FWP Director Hank Worsech. The directive instructed biologists to propose ways to “simplify” hunting regulations primarily by reducing the total number of hunting districts and types of licenses and permits. The agency is taking public comment on the biologists’ proposals until Oct. 20.

The proposals are the first in a multi-step process that will culminate with a vote of the commission in February. Lemon called much of what is currently out for comment “conceptual” and says the agency is now looking for public input on the biological aspects of the proposals, but also any other information important to hunters. Public comment will be incorporated into revisions for the next iteration of draft proposals, which will go to the commission in December.

“Part of what goes into hunting regulations is obviously biology and that’s what we’re trying to present here,” Lemon said. “But there’s also social interests, use on the landscape, public access, the amount of private versus public land that goes into this, so we want to hear all of that.”

FWP and the Montana Fish and Wildlife Commission set seasons biennially, although some changes do occur year-to-year. Typically those changes are proposed by area biologists, such as types of licenses or permits and quotas geared towards meeting a particular hunting district’s objectives in terms of number of animals and age class. Often changes are relatively small, such as the addition or subtraction of some licenses.

The current process is unique in its statewide scope and the raw number of proposed changes.

FWP is also soliciting comment on early and late cow elk hunts. Elk shoulder seasons have been controversial since their inception a few years ago which allow hunting until mid-February in some districts with higher than desired elk numbers. The proposal suggests a two to three week early and late season for cow elk with any hunting later managed through game damage hunts.

Another proposal asks whether hunters that draw a limited-entry bull permit should be restricted from hunting bull elk in any other hunting districts.

Finally, FWP asks whether spring turkey seasons should be set from April 15-May 31 each year rather than a floating start date.

Lemon attributed some the variance to work already done to simplify regulations in eastern versus western Montana, with the latter having far more hunting districts at the start of the process.

Hunting groups will surely be taking a hard look at the proposals, and those interviewed for this story say they have reached out to membership statewide to attempt to absorb the breadth of proposals and bring thoughtful comment.

Jeff Darrah, director of Montana Sportsmen for Fish and Wildlife and a retired game warden, said his organization is soliciting feedback from members and looking to FWP listening sessions before submitting comments. The Stevensville resident has personally spent most of his time looking at the Region 2 proposals for his areas and was struck by the number of changes, although he emphasized open mindedness.

“As a hunter and an ex-FWP employee, just looking at the changes so far, it’s pretty dramatic,” he said. “I’m not saying they’re good or bad. It is an effort to simplify the regs to make the pamphlet smaller and easier to understand, but it is way more than we’re used to seeing as sportsmen.”

Darrah said he is keeping a particular eye for any lost opportunities for hunters, noting that many of the regulations in place were fought for by hunters and is unsure how the loss of opportunities will be received.

Similarly, Frank Szollosi, executive director of the Montana Wildlife Federation, said his group has reached out statewide to members and affiliates for feedback. He raised similar observations about the large number of changes to consider.

“Overall we’re struck by the wholesale changes here versus the more modest adjustments we’ve seen from the department (in the past),” he said. “It’s a bit of a mixed bag but we’re certainly going to be engaged in these listening sessions and activating our members.”

The federation has been critical of some of some recent moves by FWP and the commission, such as expanding elk shoulder seasons onto national forests in some areas despite overwhelming public opposition and other decisions he believes favor large landowners or those with deep pockets.

“There’s a real palpable energy right now around protecting Montanan’s freedom to hunt,” he said. “Simplification in and of itself is not bad … but we hope the department begins to take the public’s comments a bit more seriously, because we don’t believe they have a good track record on that thus far.”

To see all of the proposals and to comment or ask questions, go to www.fwp.mt.gov.

Virtual open houses are scheduled as follows and will run from 6 to 8 p.m. with the exception noted below:

Zoom sign-in information will be posted on the FWP website closer to the meeting date.

This is how decisions light up in the brain

This amazing German bridge forms a perfect circle with its reflection

This amazing German bridge forms a perfect circle with its reflection

State breaks record for most hospitalized with COVID-19

There were 510 Montanans reported hospitalized Wednesday morning, topping the previous high of 506 last November, before a vaccine was available.

The bears had not gotten into any conflicts before reports came in the last few days that they entered the dumpsite operated by Park County through an open gate near Chico Hot Springs.

The state Democratic Party and the candidate committee for U.S. Sen. Jon Tester, D-Mont., along with Macee Patritti, a 19-year-old University of Montana student, filed the complaint Tuesday.

The public can provide comments or letters of support on the applicants through Nov. 13 at 5 p.m.

Distribution of the dividends starts Friday and will end by mid-November.

U.S. to open border for fully vaccinated Canadians in November

Montana’s Canadian border will once again reopen to its neighbors from the north, conditional upon full vaccination, beginning next month.

Money from Montana’s portion of a multibillion-dollar emissions settlement is going toward replacing older diesel vehicles to reduce emissions.

In September, 86 of the state’s 98 GOP lawmakers signed a letter seeking a special committee to review the state's election laws. 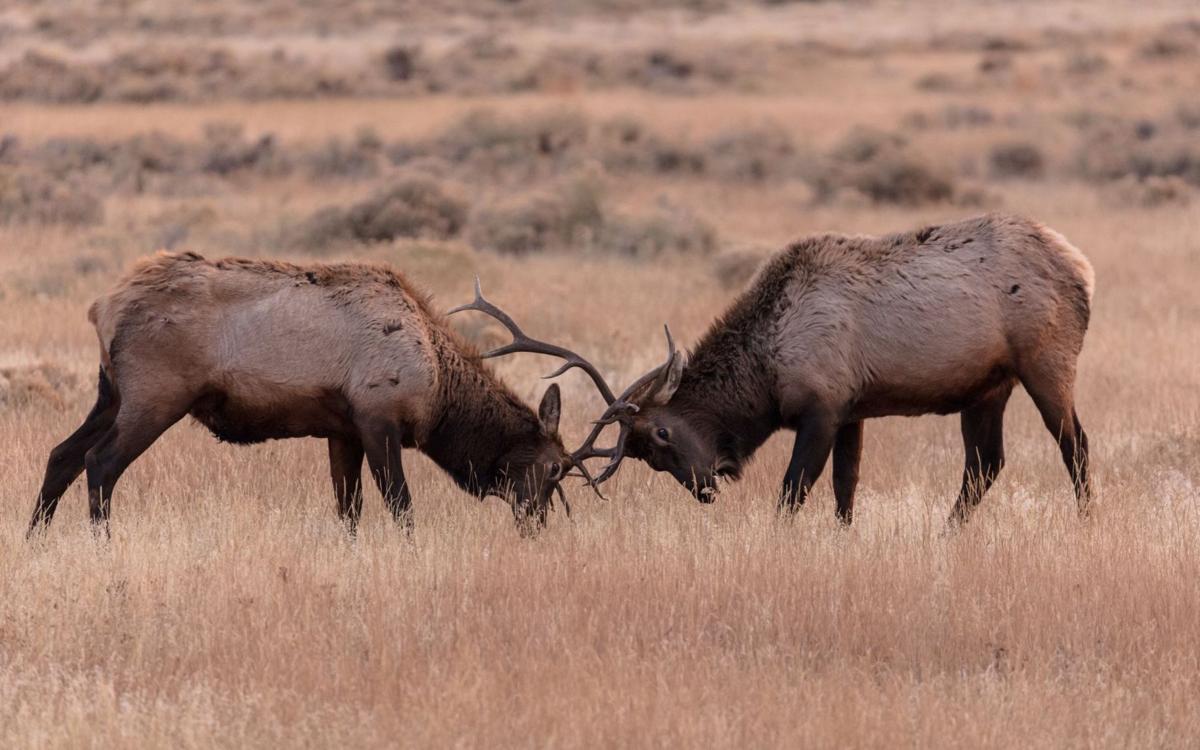 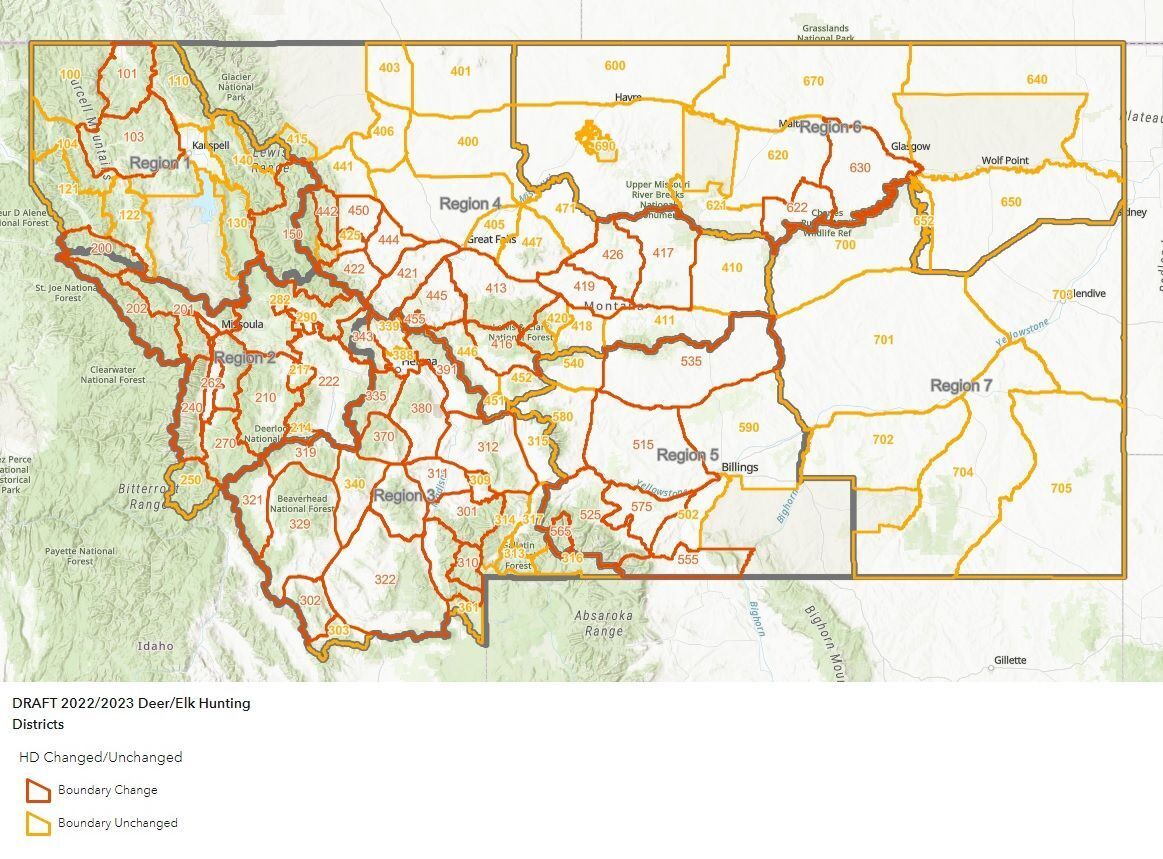 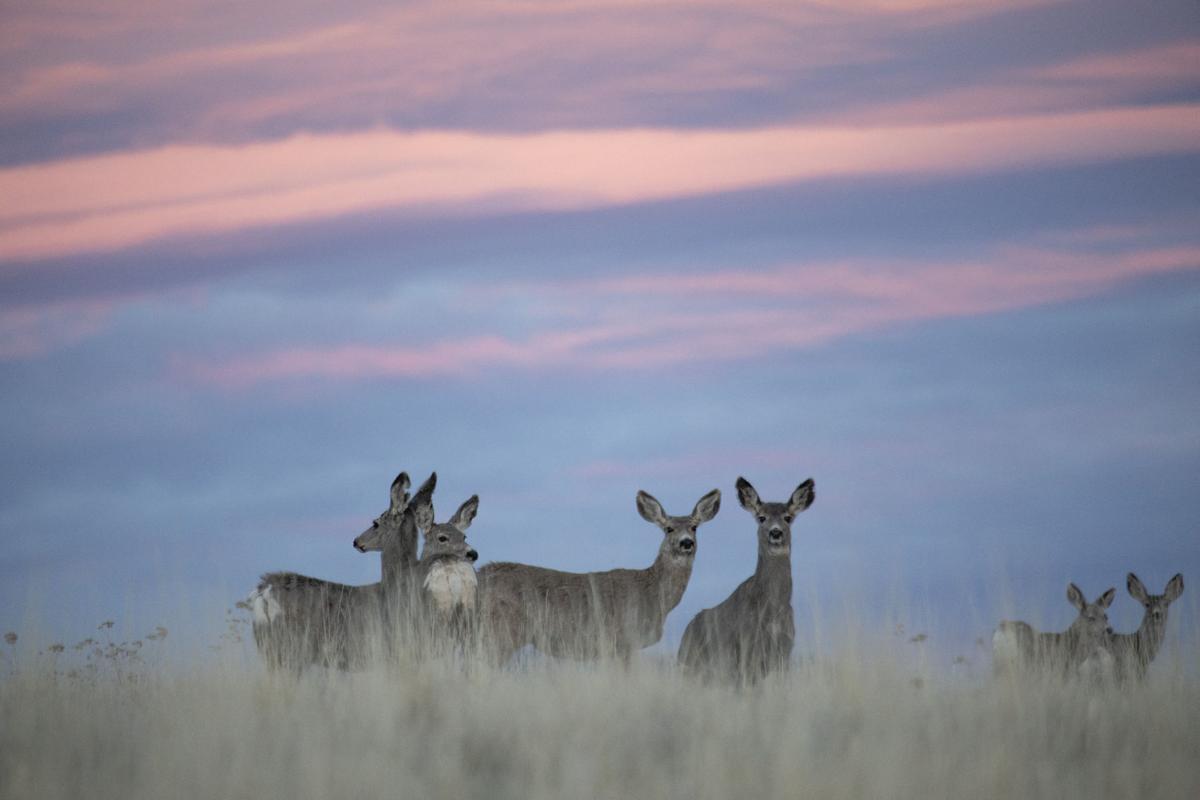 A herd of mule deer are framed by a sunset in the hills above the upper Flint Creek Valley this past weekend.