Wolf numbers in Montana must be reduced to “sustainable” populations with more aggressive means of take allowed in areas with higher wolf numbers under a bill signed by Republican Gov. Greg Gianforte on Friday.

Senate Bill 314 from Sen. Bob Brown, R-Thompson Falls, directs the Montana Fish and Wildlife Commission and Montana Fish, Wildlife & Parks to establish hunting and trapping seasons “with the intent to reduce the wolf population in the state to a sustainable level,” but not below that which could trigger listing under the Endangered Species Act.

To that end, the bill identifies certain methods that could be authorized to drive down populations. Those include unlimited wolf harvest by an individual, using bait to hunt or hunting wolves at night on private lands.

Supporters of SB 314 have said that some areas of the state, particularly in northwest Montana, are seeing impacts to wildlife populations due to high wolf predation. The bill comes after meetings in 2019 in which hunters asked state wildlife managers to more aggressively manage wolves.

Opponents of the bill argue that wolves play an important role ecologically and that the methods suggested by Brown in SB 314 cross ethical lines.

FWP has documented a decline in hunter success for elk in northwest Montana; however, biologists have not directly tied that to wolf predation over other factors such as hunter access. The agency estimates a stable population of about 1,200 wolves are in the state with hunters and trappers taking about 400 each year.

FWP does not have a population target for how many wolves it wants in the state, but does identify 150 animals and 15 breeding pairs as a baseline to avoid re-listing under the Endangered Species Act.

Montana Legislature made lots of late changes, without public comment

"In all the four years I’ve been here I’ve never seen this many bills that have been dead somewhere else come back in conference committee jammed in bill that had nothing to do with them."

Gov. Greg Gianforte signed a bill Friday banning transgender athletes from participating in school and university sports according to the gender with which they identify.

Gov. Greg Gianforte has signed a controversial bill limiting the ability of hospitals and other businesses to require that staff be vaccinated.

As the dust settles after the 67th Montana Legislature, one thing is for certain: the debate over nonresident hunting licenses and the role of outfitting is far from over.

The old chairs that House members of the state Legislature sat in, and some tumbled from, for more than 100 years have been auctioned off to current and former lawmakers, leaving at least one Montana resident angry that the general public wasn’t offered the same opportunity.

“To be able to call somebody, get somebody that specializes in perinatal mood disorders to really help these women on the spot, is just amazing for us,” said Christie Weseman, a certified nurse midwife.

Oil and gas leases on federal land are past due for revision according to former Montana revenue director Dan Bucks in a report released Wednesday. 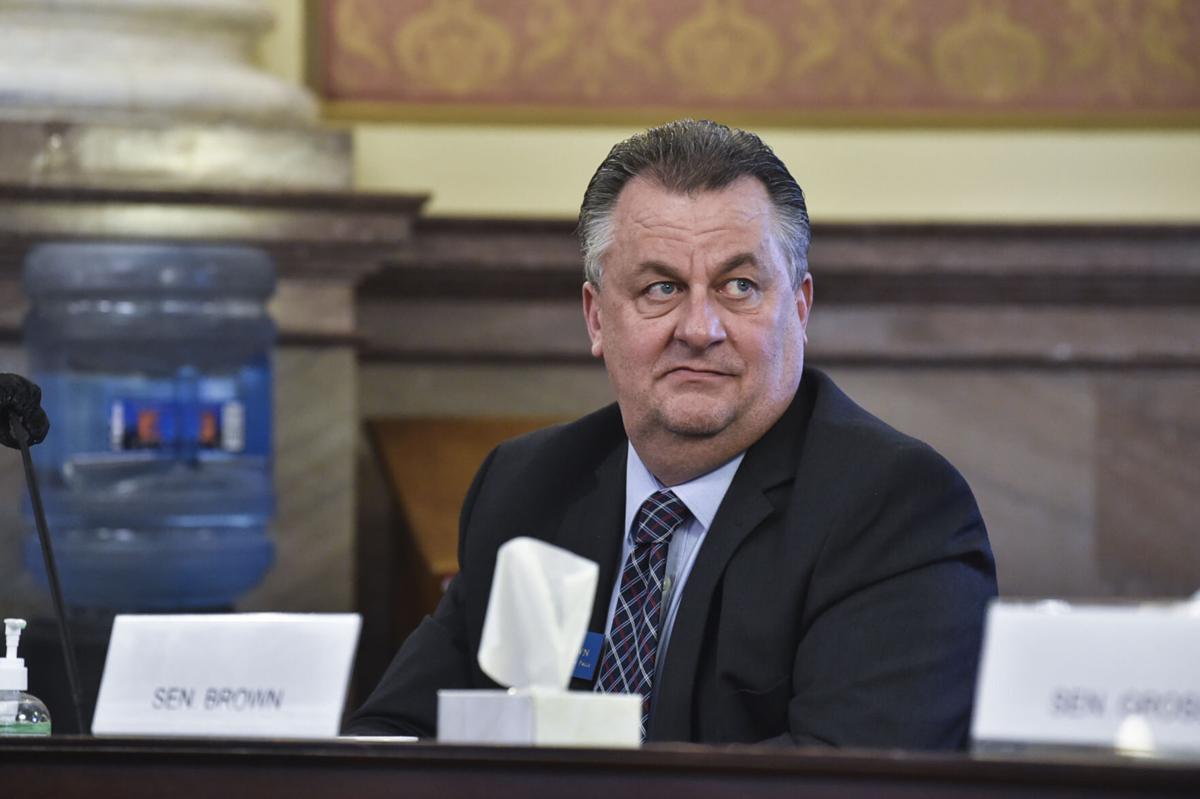