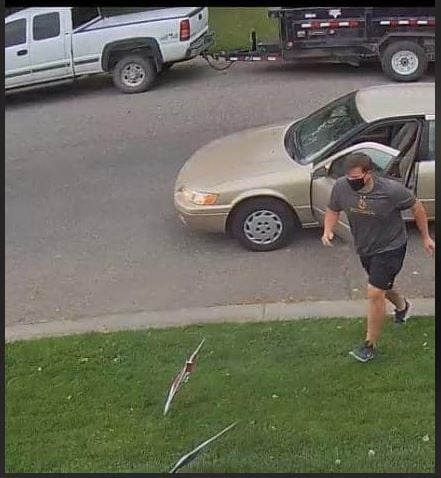 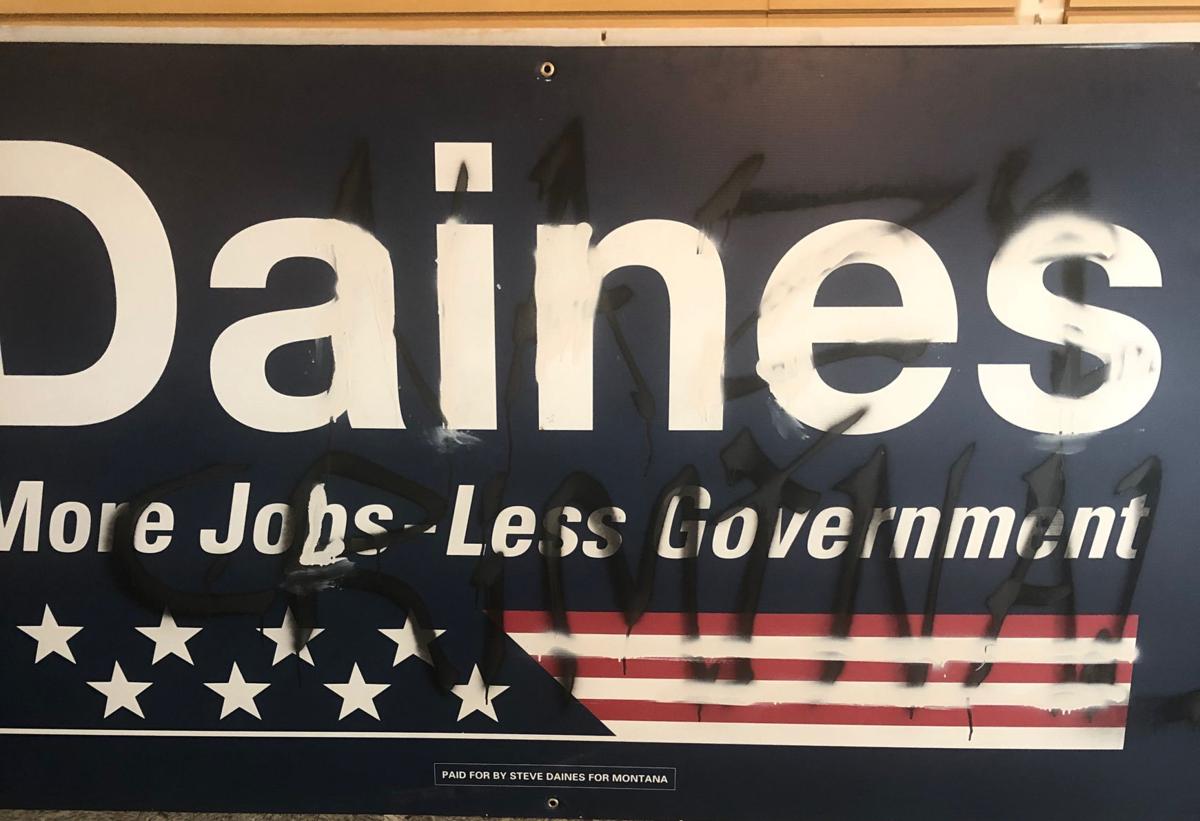 As Election Day draws closer, many Billings residents have found the campaign yard signs they've placed on their property vandalized or removed.

A widely shared post on Facebook Wednesday afternoon shows a young man pulling up signs for U.S. Senate candidate Gov. Steve Bullock from a yard in a Billings neighborhood and placing them in his car.

The post then showed photos of the same man at another house nearby campaigning for Sen. Steve Daines, Bullock's opponent.

The Daines campaign had been made aware of the incident, but said the young man was working for Montana GOP, not specifically the Daines organization.

"We don't condone this behavior, or the countless egregious examples of sign vandalism against Republicans," a spokesperson with the Montana Republican Party said by email.

Carl Prinzing, a Republican in Missoula, said it happens to his yard signs every election.

Prinzing had two giant Daines campaign signs vandalized on his property in August and again in September. Both were spray painted with obscene epithets, including labeling Daines as a "Nazi criminal."

"I can't believe what it's like right now," said Patrick Ranger, a volunteer with the state's Democrat campaigns who's been placing signs all over Yellowstone County.

Ranger has been putting up campaign signs from Laurel to Shepherd. One of the biggest problem spots is a farm on Frontage Road in south Billings where Ranger has had to replace signs three times in the past couple months.

"We never saw any of this" in the past two elections, he said.

This is Ranger's third election cycle volunteering for Democrats and he worries about how bad it's gotten and fears it will only get worse the closer it gets to November.

"It's not going to get any better," Ranger said. "We've got to stop it somehow."

Kody Christensen-Linton, who put up the original Facebook post of the campaigner removing signs and also serves as Billings' news Resource Outreach Coordinator patrolling downtown with cops on bikes, called on residents from both sides of the political divide to show more good grace.

"In general, it is happening on all sides and it needs to stop," he said via email. "This is just one guy, who unfortunately was caught on camera in action. We need to remain diplomatic in a time of such division and understand that everyone has a right to their opinion."

A Billings restaurant owner has been charged with raping one employee and sexually assaulting another.

'We're not going away': NDO supporters look to what's next

Kody Christensen-Linton: Fill up your cup and let it overflow to others

The candidates for Montana’s seat in the U.S. House of Representatives met for their first debate Wednesday with 40 days until Election Day.

The sustained spike in new COVID-19 cases in Montana shows no sign of slowing, according to Friday's daily report from state health officials.

Together, Steve Daines and Greg Gianforte form a powerful political alliance on the cusp of dominating Montana politics for years to come.

The two candidates vying for a Montana U.S. Senate seat that's considered pivotal in determining if Democrats can wrest the majority from Republicans come November are set to face off in a Monday night debate. 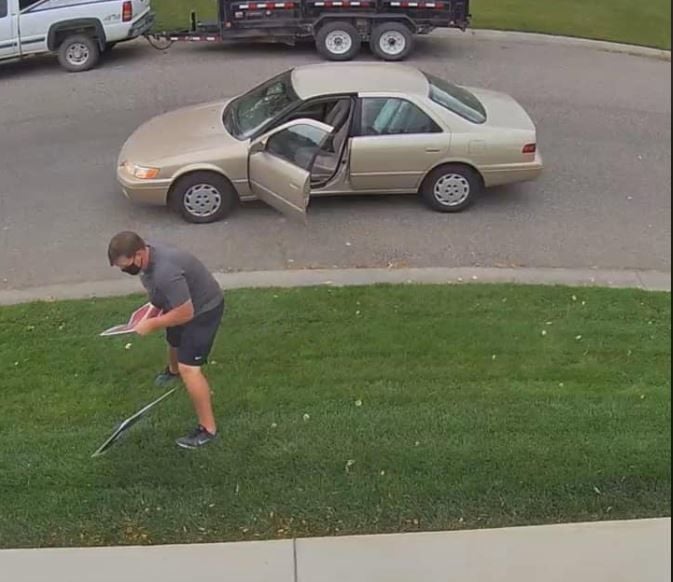 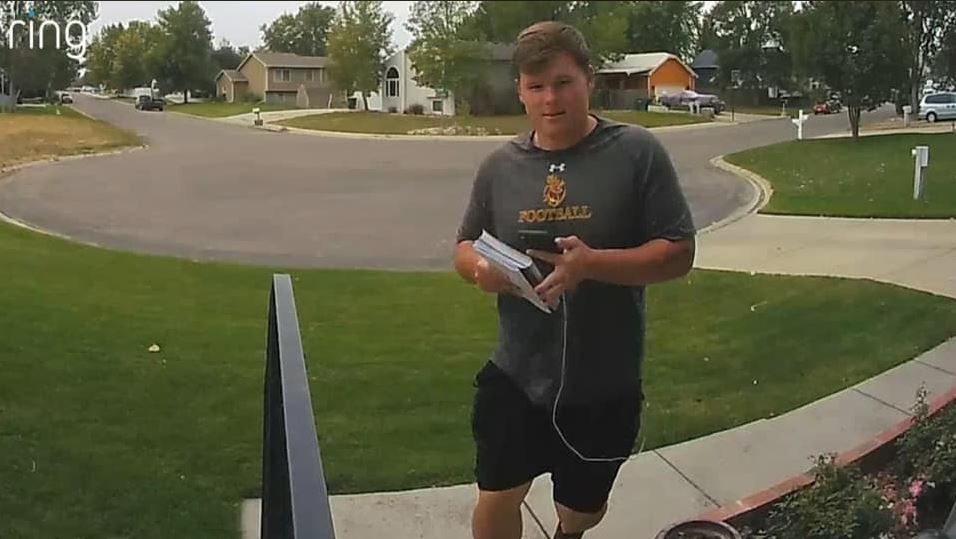 A man is seen on a house security camera campaigning for U.S. Sen. Steve Daines. 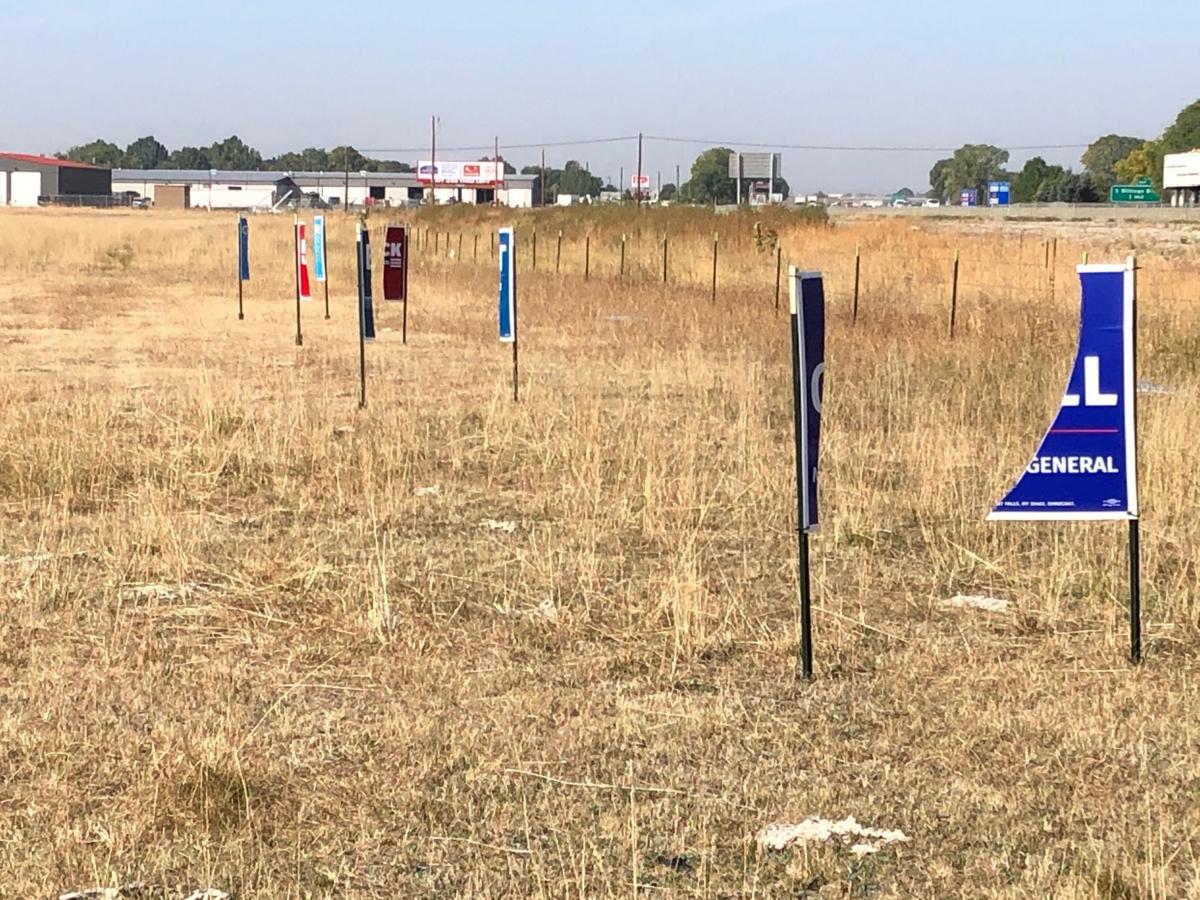 Vandalism of campaign signs on a frontage road south of billings has become frequent this year. One campaign volunteer said he has replaced signs at this location at least three times.