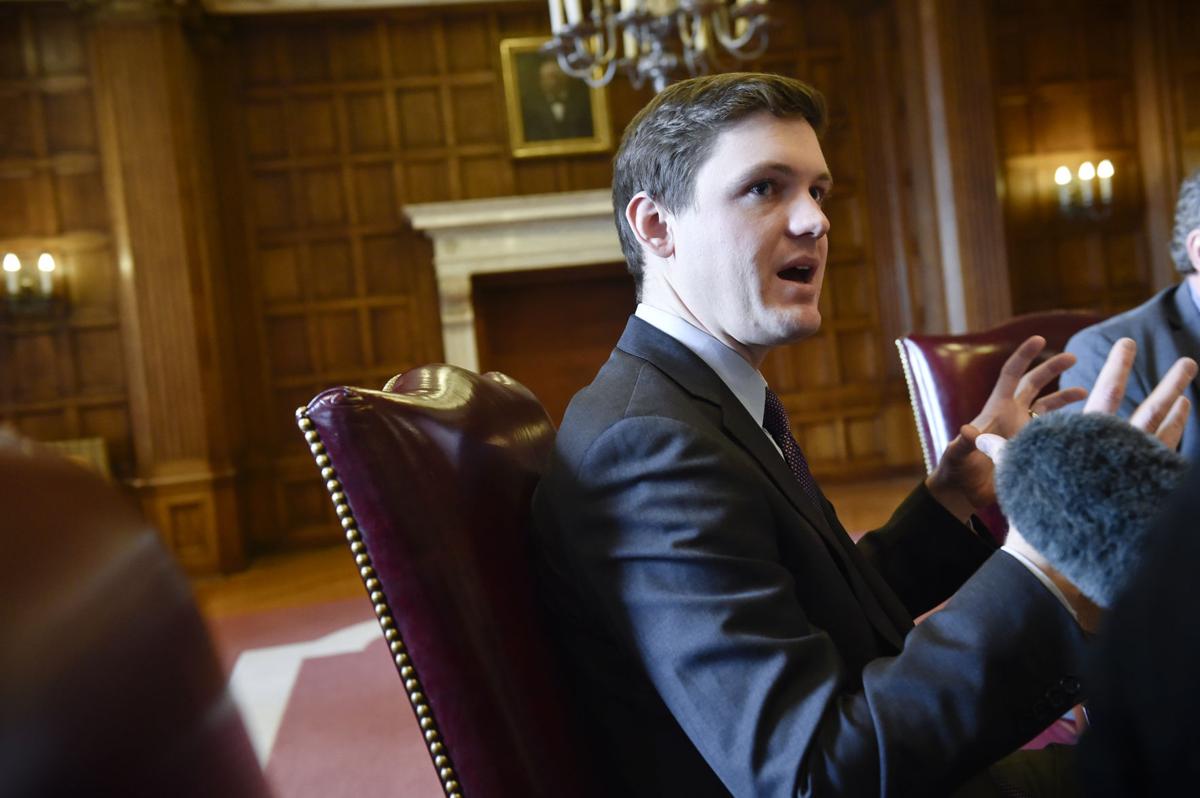 Raph Graybill, lead counsel for the governor's office, speaks with reporters Wednesday in the Governor's Reception Room in the Montana State Capitol. 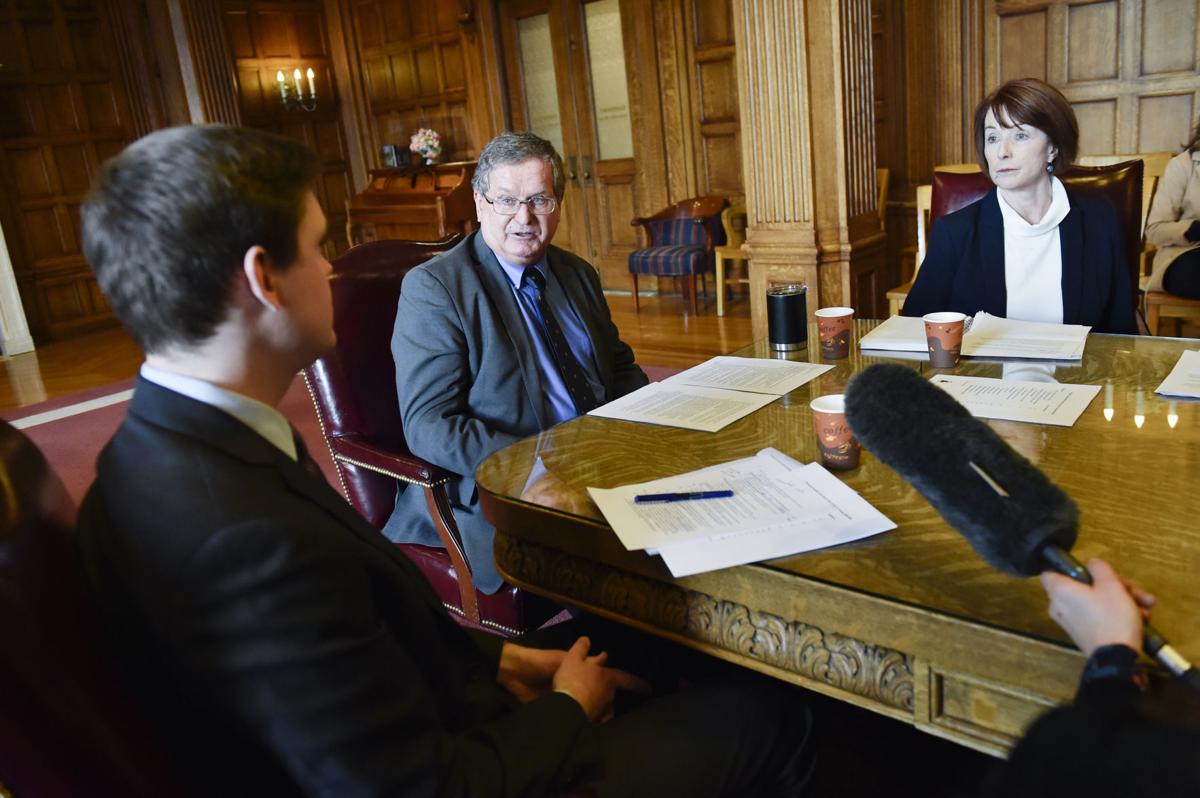 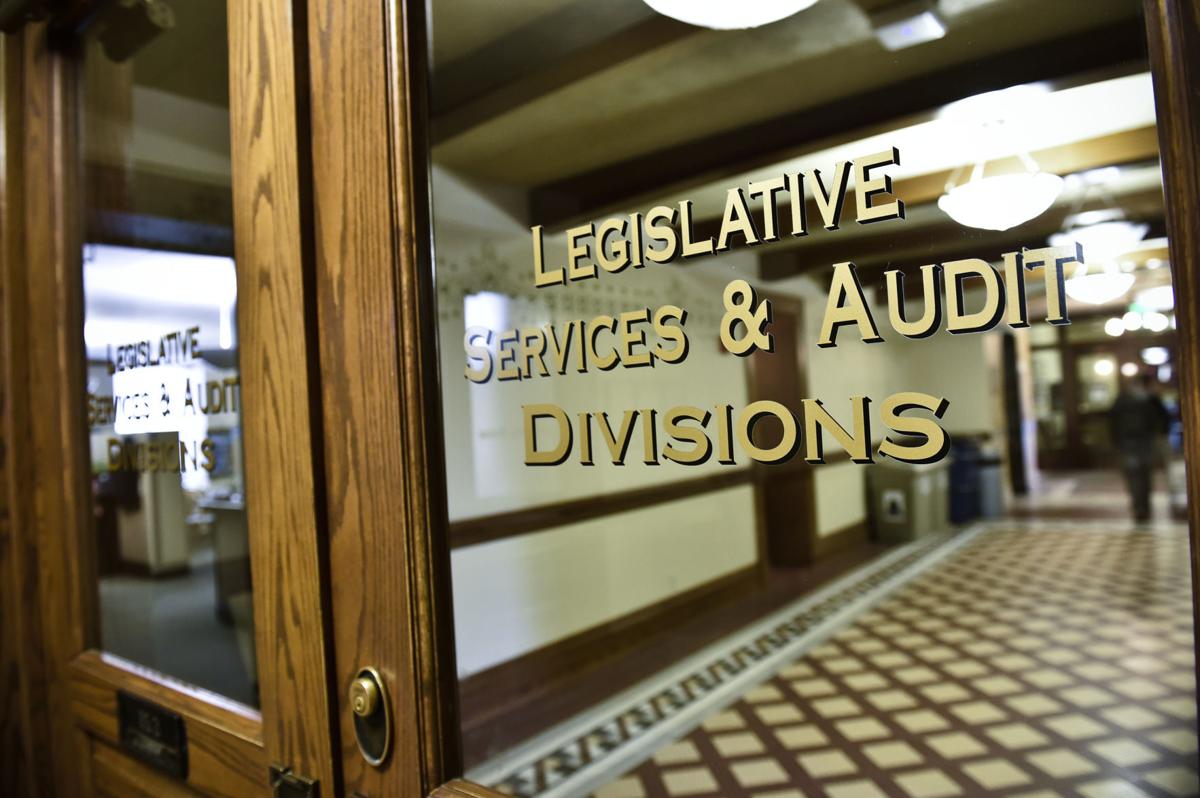 The Legislative Services and Audit Division is housed in the Montana State Capitol.

Raph Graybill, lead counsel for the governor's office, speaks with reporters Wednesday in the Governor's Reception Room in the Montana State Capitol.

The Legislative Services and Audit Division is housed in the Montana State Capitol.

An audit of the state's Medicaid program could put at risk $80 million in infrastructure projects, according to governor's office staffers, who called those findings “deeply flawed” and “reckless.”

Legislative auditors are calling into question the eligibility of up to half of the roughly 270,000 Montanans who are enrolled on the state's Medicaid program, according to the governor's office. That would create a $135 million liability if the federal government requires the state to pay back the funds spent on anyone improperly enrolled.

And though both the governor's office and legislative auditors say it's very unlikely the feds would ever ask for money back, auditors insist the issue is something that would need to be disclosed as a risk to investors when the state goes out to sell bonds.

Legislative auditors are required to sign off on 2018 and 2019 financial statements related to Medicaid before the state can start the process of selling bonds for $80 million in infrastructure projects passed by the 2019 state Legislature.

The state, however, will not recognize the "fictional liabilities associated with the Medicaid program," according to Raph Graybill, Democratic Gov. Steve Bullock's chief legal counsel.

The regularly scheduled financial audit that raised this issue is still in draft form and not available to the public. Legislative auditors and the Legislative Audit Committee have long followed rules that say they will not discuss audits, whether in draft form or published, until the audits are discussed by that committee. Legislative Auditor Angus Maciver did not comment on the report or the concerns from the governor's office Wednesday.

Included in the infrastructure projects at risk are the long-awaited renovation of Romney Hall on the Montana State University campus in Bozeman. That project has been proposed for the better part of a decade, and finally crossed the finish line in last year's session. The list of also includes bridge, water and wastewater projects and more.

Graybill, who is running in his party's primary for the open attorney general seat this year, said the state wanted to start selling bonds in November but has been held up by this issue. The governor's office and state Department of Public Health and Human Services has been trying to make headway with the audit division for the last two months, Graybill said, with no progress.

Delaying the sale of bonds will cost the state, said Tom Livers, Bullock's budget director. If a sale were conducted today, because of changes in the bond market the state would have $300,000 in extra interest, Livers said Wednesday. And as construction season gets closer, contractors' schedules fill up and bids will increase the longer it takes, Livers said.

In a letter to Maciver dated Dec. 23, and again to reporters Wednesday, Livers said the problem also puts the state at risk of losing the entire upcoming construction season.

Auditors and the governor's office disagree about the criteria auditors used to examine whether those enrolled on the state's Medicaid program were eligible. The state health department says it uses an eligibility system that was developed according to federal guidelines and is what the federal government approved and required the state to follow. The audit team used their own eligibility model that the state can't employ, the health department said.

In a letter dated Jan. 6, deputy legislative auditor Cindy Jorgenson said case files kept by the health department did not have enough data to let auditors determine whether the department's eligibility decisions followed the state's Medicaid plan. Auditors then decided to use state tax return data as an additional data source.

"Use of third-party information during audits is common practice," Jorgenson wrote in the letter to Livers and provided to reporters by the governor's office. "We identified indicators of ineligibility resulting in significant projected costs."

Graybill said the typical rate of error in Medicaid enrollment defined by the federal government is significantly lower, around 0.4%, and that the usual liability found in Montana is between $6,000 and $160,000.

Livers said the state is exploring other options for paying for the infrastructure projects, but it's unclear what those could be. The governor's office staffers said Wednesday they brought the issue to the attention of reporters because the office will need to provide an update about the progress of projects during the upcoming Legislative Week, which will bring a large number of lawmakers to the Capitol from Jan. 13-17 for training, educational events and committee meetings.