On the state’s horizon are the possible northern construction of the Keystone XL pipeline in 2019, the closure of two of Colstrip Power Plant’s four units within the next five years and the legal battle between Western states over shipping coal through Pacific Northwest ports.

The Bozeman Republican has assembled a full day's worth of experts from the oil, gas and coal industries to discuss the future of energy production in Montana. There will be some discussion of renewable energy as well at the Billings Hotel and Convention Center event.

The summit begins at 8 a.m., with registration opening at 7 a.m.

“We’ll be sharing the important role that Montana plays in the short- and long-term future of energy for our country,” Daines said Wednesday.

The United States in recent years has moved toward energy independence, largely by increasing the production of oil and natural gas. The next step, Daines said, is global energy dominance, which means becoming a primary exporter of the energy to other countries.

The keynote address will be made by Harold Hamm, the godfather of fracking and chairman of Continental Resources, the largest leaseholder in the Bakken. Hamm was part of President Donald Trump’s entourage during a May 2016 campaign stop in Billings.

That call for energy dominance was coined by Trump in a 2017 speech in which the president proclaimed that the United States had “nearly 100 years’ worth of natural gas and more than 250 years’ worth of clean, beautiful coal.”

In that June speech, Trump called for reviving the nuclear power generation, financing coal power plants in foreign countries, building an oil pipeline to Mexico, exporting natural gas, and opening up most of America’s coasts to offshore drilling.

A month before Trump's energy speech, Vice President Mike Pence announced “the war on coal is over” during a stop at Westmoreland Coal’s Absaloka mine in southeast Montana.

The reality of Montana’s energy present has been more potholed than poetic. After a more than three-year slump, Bakken oil production is poised to set a new, 1.2 million-barrel-a-day production record in North Dakota, while Montana has seen little improvement. Drilling records for the state show one oil drilling rig active in Montana at any given time for the past several years, with occasionally two rigs in operation, and no rig activity in other months.

Last week, Westmoreland Coal Co. reported to the Securities and Exchange Commission that estimated life of Absaloka mine was until 2022, with its current contract set to expire within a year.

The life of Rosebud mine, which fuels Colstrip, was estimated by Westmoreland to end in 2029. The end date falls a couple years on either side of when four Pacific Northwest utility owners of Colstrip Power Plant expect either to be financially ready to close the power plant or to be prevented by state law from selling coal to power customers in Oregon. Those utilities are Puget Sound Energy and Avista Corp. in Washington and PacifiCorp and Portland General Electric in Oregon.

Coal exports, which have been a slight growth sector for Montana coal mines, face a political battle in Washington state, where regulators have balked at permitting the proposed Millennium Bulk Terminal near Longview, Washington. The coal port is being developed by Lighthouse Resources, which owns Decker mine in Montana and Black Butte mine in Wyoming.

Asia is the target destination for Powder River Basin coal that would be shipped through Millennium Bulk Terminal. Washington’s concerns about the coal port are multiple, but climate change is among them. Five states, including Montana and Wyoming, have filed a friend of the court brief in a Lighthouse lawsuit against Washington. The pro-coal states argue Washington is violating the Commerce Clause of the Constitution by interrupting coal sales by other states.

Daines launched his energy summit on the road Wednesday with a tour of Colstrip Power Plant and a roundtable discussion with community members and representatives from the Department of Energy and the Federal Energy Regulatory Commission.

Coal and nuclear plants are producing power that’s costing U.S. consumers more than energy produced by natural gas or renewable energy sources like wind turbines. In Montana, a recent Consumer Counsel study of electricity sold to NorthWestern Energy customers showed Colstrip power was priced $73.85 a megawatt during 2017, compared to a spot market energy price of $21.08 a megawatt and a Judith Gap wind energy price of $30.64 a megawatt. NorthWestern owns a share of Colstrip Power Plant, and the $73.85 price was for its own share of Colstrip generation.

Daines said Wednesday he believes Colstrip needs to be in the energy mix for times when demand for electricity is high and other sources of energy, like renewables, can’t deliver. It’s an argument central to the Department of Energy’s grid reliability promise, while renewable energy advocates counter that improving energy efficiency and developing more non fossil-fuel power sources is a cleaner answer.

The second panel of energy conference speakers will focus on the past, present and future of renewable energy.

Hardin coal energy could end up providing power to a burgeoning digital industry that sprang from cryptocurrencies like bitcoin.

The one thing Avista Corp made clear to Montana utility regulators Thursday is that it will not give a shutdown date for Colstrip Power Plant,…

This town revamped an old steel mill into an arts center. Could Billings do something similar with its old Corette site?

Can blockchain save Wyoming? Why the Cowboy State is banking big on the technology

The buzzwords at Wyoming’s Legislature rarely change. For decades, lawmakers have talked about whether spending delivers enough “bang for the buck” or whether a bill is “ready for prime time.” Political observers of all stripes complain of legislators’ tendency to “kick the can.”

US delays oil, gas sales in Montana after climate ruling

BILLINGS — U.S. officials delayed lease sales on federal oil and gas reserves beneath more than 160 square miles of public and private lands i…

At Billings summit, speakers aim not just for energy independence, but for energy dominance

Representatives from the energy industry gathered Thursday in Billings under the banner mantra of energy independence.

Vice President Mike Pence roused a crowd of 400 people to vote Matt Rosendale into the U.S. Senate and stay the course with Donald Trump durin…

NorthWestern Energy will not be able to charge customers for market power purchased by the utility during a 2013 outage at the Colstrip power plant. 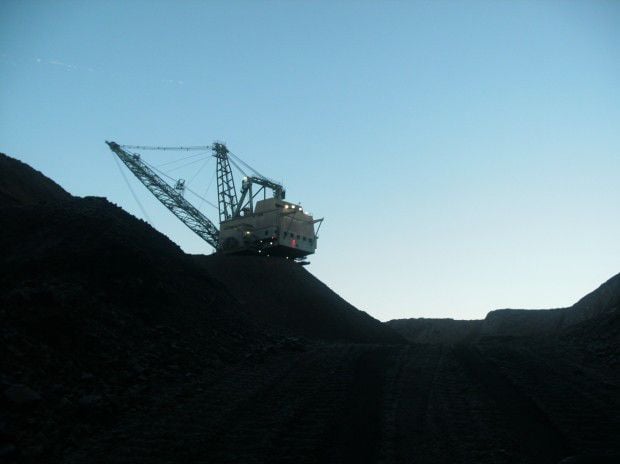 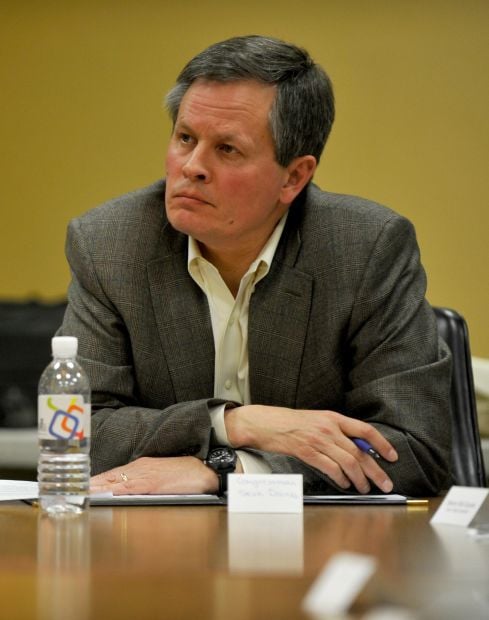