Key inflation gauge slowed to still-high 6.3% over past year 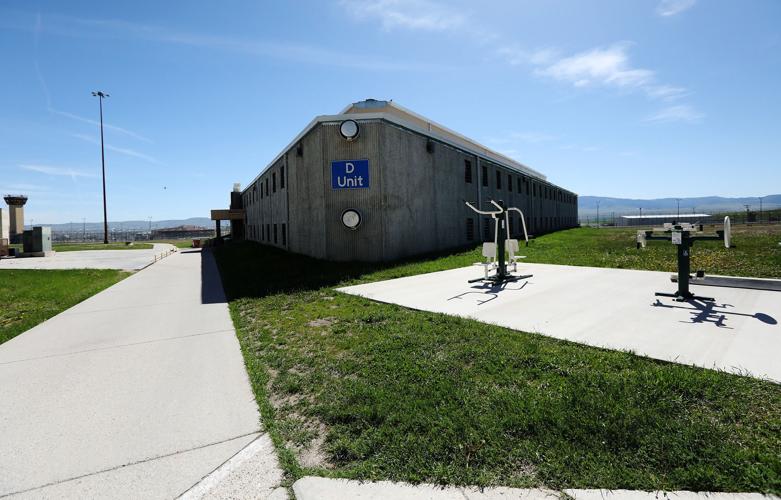 A view of an exercise area in low-side housing at the Montana State Prison. 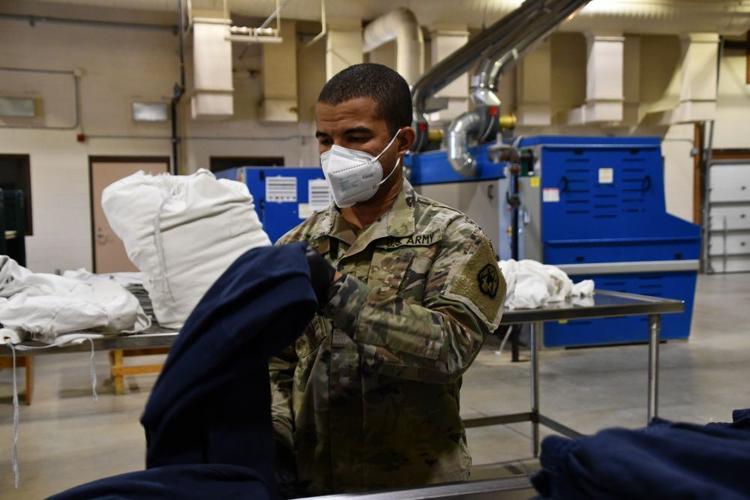 Soldiers from the Montana Army National Guard provide laundry services at the Montana State Prison in 2020.

State lawmakers of both political parties on Tuesday called for a meeting with the governor and state prison warden after staffing issues presented by the union representing workers there sharpened their concern for the facility's operations.

"We've been there, we've been addressing this for several months," Sen. Tom McGillvray, R-Billings, said in the Law and Justice Interim Committee's meeting. " … I'm at the point where I have very grave concerns about what's happening at the prison, particularly with morale, continued loss of correctional officers."

Aaron Meaders, president of the Federation of Montana State Prison Employees Local 4700, has testified several times before the committee urging help to shore up the morale and staffing issues at the state prison. On Tuesday, Meaders told the committee the prison has hired 106 people since July 2021, but 166 have left through resignations, retirement or another exit. Montana State Prison Warden Jim Salmonsen, too, has testified to the committee that the facility is running on a 20% staff vacancy at any given time of the year.

The Montana Department of Corrections reached a new contract with the union in March, but Meaders said Tuesday more than 23 employees have quit since the contract's $2 raise kicked in, and only one person was taking the new employee orientation class on Monday.

"One of the things championed pretty hard by the DOC leadership is that pay is going to fix all the problems out there," Meaders said. "While the $2 raise has helped with recruitment, it has not helped with retention at all."

Last week, the Department of Corrections confirmed it has closed a unit of the prison in order to reduce the number of mandatory posts. In follow-up emails, a DOC spokesperson also said the closure took place because of changes in inmate needs but did not further elaborate on those changes.

"We have a responsibility for oversight here and I will say no more but I think we need to pursue it further with the governor at this time," he said.

Rep. Donavon Hawk, a Butte Democrat also on the committee, concurred with McGillvray. Meaders also spoke about the disengaged attitude from prison leadership in response to concerns from rank-and-file employees. Collective bargaining also brought changes to the employee grievance process, a suggestion that not all complaints centered on money. But while the contract had clear terms of when employees could refuse mandatory overtime, Meaders said the prison changed its terms to describe those overtime requirements in order to circumvent the contract.

"I over the past weeks have gotten a lot of letters from program managers in different areas of the prison about retaliation and different things going on," Hawk said. "The morale has been extremely concerning."

Lawmakers have suggested using the National Guard to augment the staffing shortage at the prison outside of Deer Lodge. The Guard has been deployed at the prison as recently as 2020, when a COVID-19 outbreak among staff required outside assistance. In that case, soldiers performed tasks that included little or no interaction with inmates, such as laundry, head counts and food preparation.

Brooke Stroyke, spokesperson for the Governor's Office, said Tuesday she was unaware of a formal meeting request but added "the governor’s door is always open."

Carolynn Bright, spokesperson for the Department of Corrections, said the DOC has been transparent about its difficulties with lawmakers and added the department will seek additional funding in the next budget cycle.

The department has been transparent with legislators regarding the difficult task of recruiting and retaining employees in these demanding positions," Bright said. "The DOC is extremely proud of the manner in which employees are working together in this challenging time to keep Montanans safe."

“There’s no doubt that a Trump endorsement helps in a Republican primary,” said Jeremey Johnson, a professor of political science at Carroll College.

Lawmakers in at least six other states have introduced legislation to prohibit the use of machines during elections, and at least one such bill draft has been requested for Montana’s 2023 legislative session.

When Republican Ryan Zinke first ran for Congress, the former Navy SEAL faced false accusations amplified by Democrats that his military career had ended in disgrace.

With two and a half weeks left until the primary election, candidates squared off in a forum hosted by Gallatin County Democrats.

Report: 73% of schools that tested had dangerous lead levels in drinking water

There is more than $400 million in federal stimulus money available to fix the problem, but many schools have yet to apply for the funding.

The U.S. Forest Service has faced heavy criticism for a prescribed fire in New Mexico that escaped its containment lines in April.

Escalating rhetoric related to voter-fraud conspiracy theories is crossing the line into what some Montana election officials say are threats against their physical safety.

“Nobody had to inject pure political leanings into this race,” Banville said. “Is it surprising? No. But was it inevitable? No. It didn’t have to be like this.”

Blinken lays out US strategy to counter China as rivalry grows

A view of an exercise area in low-side housing at the Montana State Prison.

Soldiers from the Montana Army National Guard provide laundry services at the Montana State Prison in 2020.