The scenery in Kathleen Williams’ political ads is forest-breeze subtle. The message is anything but. She’s casting sidearm with a spinner rod and filleting the fish she catches.

“In Montana,” Williams tells viewers, “you either embrace our way of life, or get out of our way.” It’s the maxim of the Montana’s “Nth generation” demographic, spoken by someone who really needs their support to win a U.S. House seat no Democrat has won since 1996.

Two ads later, the Bozeman conservationist is setting the hook, tipping a pint at a local brew pub, while confiding that she’s a Reagan voter.

This is Williams’ second run at the only statewide race Democrats haven’t managed to win at least once in 24 years. In 2018, she set party records for money raised ($4.2 million) and vote share (46.2%), running against U.S. Rep. Greg Gianforte, who is the Republican nominee for governor this time around. Her message shows why she’s come closer than any other.

“I wouldn’t have gotten so close last time if I wasn’t getting independent voters and moderate Republicans, right?” Williams said in a phone interview, as she crisscrossed the mostly two-lane route between Lewistown and Red Lodge. “So, we got within 4.6 points in a state that went 20 points for Trump. I think Montana votes for the person. I’ve been straight forward. I’ve been consistent. I’ve been a cool head and an analytical mind. And that works for all political stripes.”

As she did in 2018, the candidate is focused on connecting with rural Montana voters, a move that propelled her to victory in the 2018 primary over Democrats who stuck to tried-and-true urban areas. Campaigning has become more difficult in the pandemic, but Williams is still getting out there.

Williams’ 2020 opponent brings similar clout from the previous general election. Matt Rosendale, Montana’s state auditor, challenged incumbent U.S. Sen. Jon Tester in 2018. Rosendale captured 46.8% of the vote in that race. The loss came with several million dollars and political branding. Neither candidate is a stranger to Montana voters. This is Rosendale’s second run for the at-large House seat as well.

Both candidates were first elected to the Montana Legislature in 2010, when, like now, tackling a recession and a health care battle were top political priorities. Polls suggest the race is close. The Cook Political Report says Montana's U.S. House race leans Republican, while The Economist gives Rosendale a lead of less than 1%.

The recession is hitting some people hard, but not everyone, Williams said. What’s required is an approach that focuses on the people and businesses that need it the most, rather than a scattershot response.

“So, 70% of our economy is based on consumer spending. We’ve got to get people across this rough patch and back out again, dining and socializing, traveling and all the things they do. We need a good deal and we need to make sure that continuity is what we focus on,” Williams said.

Keeping people in their homes, whether they rent or pay a mortgage, needs to be a priority, she said. Making sure that people who want to work but cannot find jobs have sufficient unemployment is another. Some business owners have told Williams there’s still need for an enhanced version of the Paycheck Protection Program, which more than 20,000 Montana businesses used to keep workers on payroll and cover key costs during the first four months of the COVID recession. Other business owners say they’re doing OK. The federal support needs to be targeted.

But a crucial piece of the recovery needs to be simple, affordable testing that people can do on their own at home, Williams said, so that someone sick with COVID-19 knows when they’re a risk to others.

“We need testing that’s going to help us manage this every day in our own homes,” Williams said. If we know when to check out, we can limit interruptions to businesses and schools and work.

That support for home-level testing dovetails into Williams’ concerns for the preservation of the Affordable Care Act, better known as Obamacare. The decade-old federal health law faces a Supreme Court challenge that could overturn it, or significantly alter its usefulness at a time when COVID-19 has increased the urgency for health coverage.

The circumstances surrounding ACA have taken up other health care changes key to Williams’ platform. She has long been a proponent of allowing people the option of buying into Medicare at age 55, 10 years ahead of the date for normal enrollment. It's a move she says would give some security to workers in the later part of their careers who may be moving into jobs that don’t offer health benefits, or even those becoming self-employed.

“I really hope we don’t get there,” Williams said of the potential changes to ACA. “The Affordable Care Act is what protects people with preexisting conditions with their insurance companies. It’s what allowed us to expand Medicaid. It’s what helped solve skyrocketing prescription drug costs for people in the doughnut hole on Medicare. It’s what allowed people up to age of 26 to stay on their parents’ plan. If that gets all wiped out the question is how will insurers and governments respond?”

“At the minimum it will put the burden on American citizens to, well, it’s going to raise costs for the benefits that were required on the ACA. We won’t have the insurance pools that spread the risk around.”

The health care fight is personal for Williams, 59. She was 11 growing up on an old Army base in California when Alzheimer’s stole her mother away. Williams is widowed. Her husband, Thomas Pick, died unexpectedly in the Beartooth Wilderness backcountry in early 2016. Pick spent three years in Iraq working on the reconstruction effort for the U.S. Natural Resource and Conservation Service. He was community-minded.

After Pick’s death, Williams, who worked as an associate director for the Western Landowners Alliance, decided to take the next step into public service. Conservation and water quality are at the root of Williams' interest in preserving Montana's outdoor heritage.

This week The Billings Gazette will publish stories on races on Montanans' ballots, including races for U.S. Senate, U.S. House, governor, superintendent of public instruction, state auditor, secretary of state, attorney general, state Supreme Court justice, Public Service commissioner and the ballot initiatives to legalize recreational marijuana. For all of those stories, continue reading the Billings Gazette this week, or find the stories online at billingsgazette.com.

The election is Nov. 3. For those voting by mail, election officials have advised voters return their ballots swiftly to ensure they are counted.

There have been no commanding Montana rallies this time, no President Donald Trump swooping down in Air Force One on four separate occasions, …

The candidates for Montana’s seat in the U.S. House of Representatives met for their first debate Wednesday with 40 days until Election Day.

The race for Montana’s at-large U.S. House seat remains one of the best funded in the country, indicating Democrats consider the seat as winna…

A poll conducted by Montana State University shows the top races in the state on this November's ballot are incredibly tight.

Throughout the 2020 election cycle, candidates’ positions on health care have been particularly important for voters with underlying and often…

Montana’s U.S. House race had been considered one of the more competitive open-seat races in the country, but when the votes came in it wasn’t close. 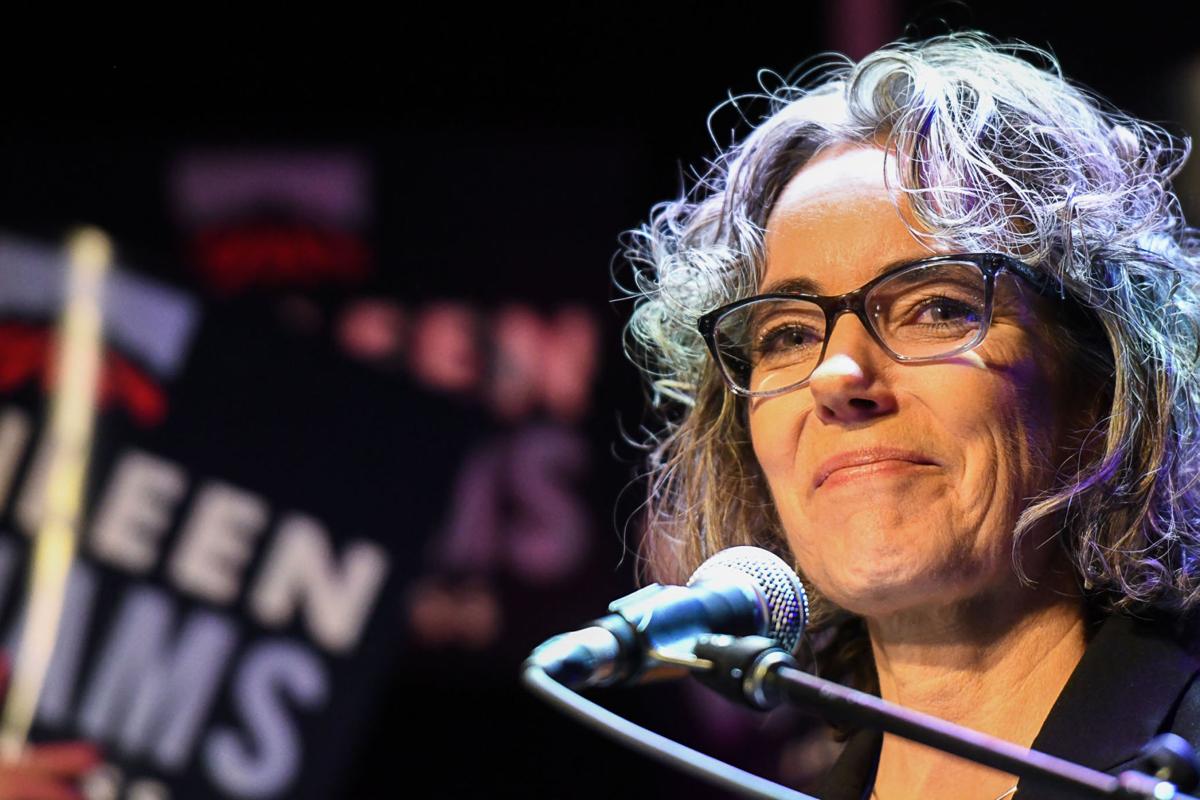 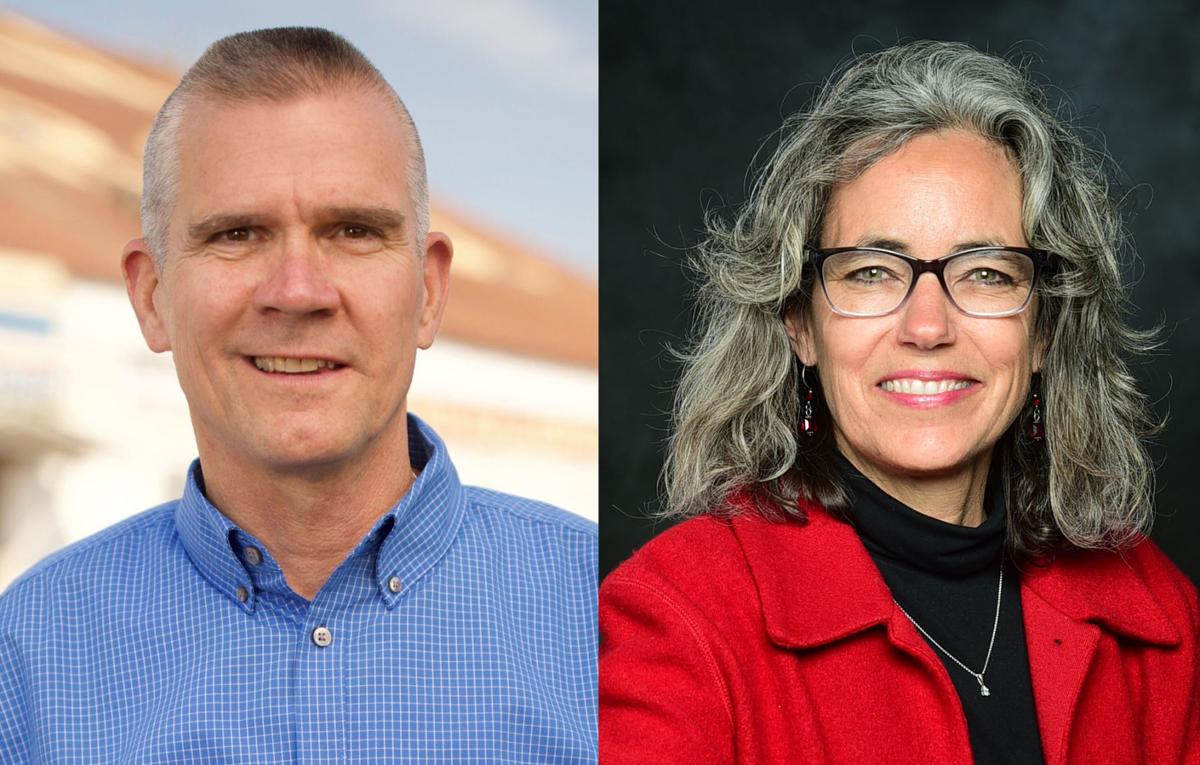