A bipartisan attempt to cut prescription drug costs more than $100 billion passed out of Senate Finance Committee with the support of the U.S. Sen. Steve Daines.

The bill intended to save the Medicare program $85 billion and individuals $27 billion over 10 years passed on a 19-9 vote. Much of the savings comes from drug price caps. The savings estimate comes from the Congressional Budget Office.

The bill is known as the “Prescription Drug Pricing Reduction Act of 2019.”

“What we saw today is that bipartisan compromise isn’t dead. Today was about making life easier for Montanans,” Daines said in a post-vote press conference. Daines is a Senate Finance Committee member. “It’s about cutting out-of-pocket costs and lowering prescription drug costs for seniors, for hardworking moms and dads, for grandmas and grandpas, frankly for Montanans in every corner of our state.”

The proposal, sponsored by Finance Chairman Chuck Grassley, R-Iowa, and ranking member Ron Wyden, D-Ore., divided Republicans on the committee, with Daines and five others voting for passage and the remaining nine GOP members voting against. The drug lobby opposed the bill, which cuts into Big Pharma profits by $100 billion. Grassley noted during a live-streamed proceeding that in 2016 President Donald Trump campaigned on a prescription drug cut for Medicare recipients, but hadn’t yet delivered. Trump supports the price cuts.

Seniors would be the biggest beneficiary of the legislation. In the days leading up to Thursday’s vote, AARP Advocates had targeted Daines on the social media, telling the senator, “When PhRMA calls, hang up the phone.”

.@RonWyden: The pharma industry is going to try to douse this proposal with a PR tsunami. They’ll claim it’s the end of innovation in America. That it’s all about price controls. That it’s going to destroy jobs & lead to drug shortages. None of that is true. #StopRxGreed

Tester supports the prescription drug bill, but has amendments he hopes to introduce once the bill reaches the Senate floor. Specifically, Tester would like to add a five-year freeze on the fees community pharmacies have to pay for pharmacy benefits managers, said Sarah Feldman, Tester’s communications director.

“Montanans’ drug costs are too high,” Tester said in a press release. “This bipartisan bill will help bring them down by giving community pharmacists needed relief from burdensome fees — that’ll be passed on to their customers as lower costs. And it goes a step further by shining a light on how pharmacies are reimbursed for claims — requiring transparency and standardized reporting so folks can get the full picture of how much their prescriptions cost and why.”

Daines has amendments as well, including one directly regarding pharmacy rebates to customers. Currently the rebates go to middlemen in the pharmacy supply stream who pocket some of the incentive and use the rest to lower the drug price below the listed price. It’s the listed price that people without insurance are often stuck paying, and it’s much higher than what’s paid by people with insurance coverage.

“You have the difference between what the list price is and what the net price is, and in between that is oftentimes these rebates. And there’s a middleman there that oftentimes is making out the best of everybody," Daines said. "We need to find ways to take the middleman out of that equation and get more of these rebates and reduction in prices passed on directly to the consumer.”

The Democrat-controlled House is expected to pass its version of prescription drug reform in September, but it will differ considerably from the Senate's. Democrats want to allow Medicare and Medicaid to flex their buying power and negotiate lower prices from drug companies.

Medicare has been prohibited from negotiating drug prices since the creation of Medicare Part D, the bipartisan prescription drug plan created 16 years ago when Grassley was Finance Chairman and then Sen. Max Baucus, D-Mont., was ranking member.

In May, Grassley issued a long explanation for the non-negotiation clause, saying Republicans wouldn't have supported Medicaid Part D if the clause hadn't been part of the deal.

"I remember that many of my friends on the other side of the aisle voted for this policy," Grassley explained in May. "And yet, many are now pushing for a repeal of this provision. Many Democrat leaders supported banning Medicare from negotiating drug prices: Sens. Biden, Kennedy, Baucus, Reid, Schumer, Leahy, Durbin, Stabenow, Cantwell. On the other side of the Capitol, the list includes Speaker Pelosi and Chairman of the Ways and Means Committee, Chairman Neal."

Thursday, Democrats on the Senate Finance Committee proposed allowing Medicare to negotiate drug prices. Republicans rejected the proposal, with Sen. Bob Menendez, D-N.J., siding with the GOP on an issue that's sure to come again if the Senate and House drug pricing bills have to be reconciled.

"What comes out of the Senate and what comes out of the House is going to take additional compromise," Daines said. "But I'm hopeful, as we saw today, we'll keep in mind what the end goal here is, and that is lower prescription drug prices for Montanans and the American people. That's the goal. There's still going to be some back and forth to get to that final goal."

Guest opinion: How to bring down cost of prescription drugs now

Americans pay the highest brand-name drug prices in the world while drug companies rake in billions. Congress, the Trump Administration, and M…

As U.S. senators representing the Big Sky state and Hawkeye country, we know older Montanans and Iowans keep a watchful eye on spending. Like … 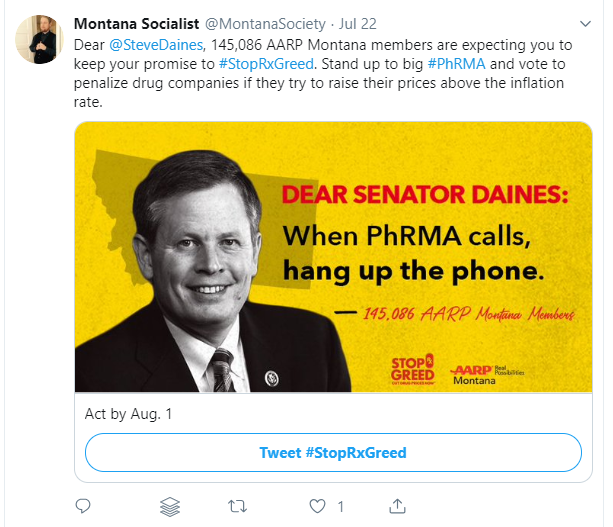 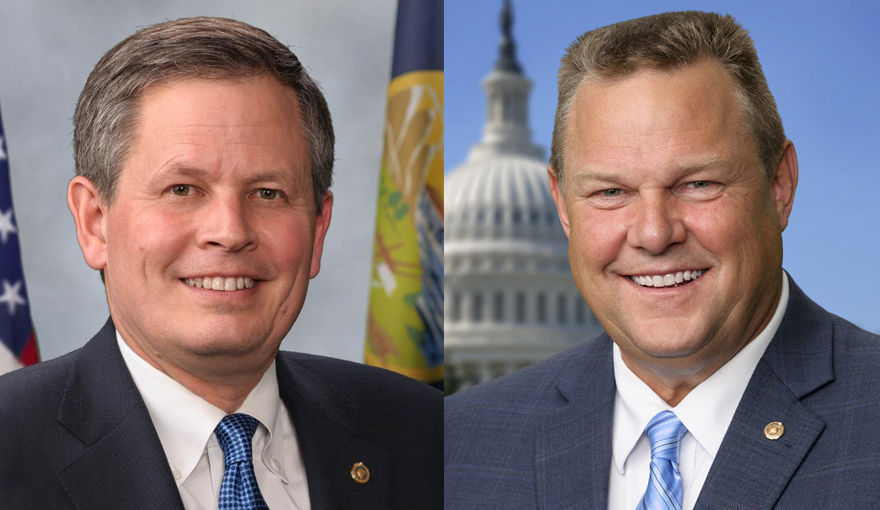