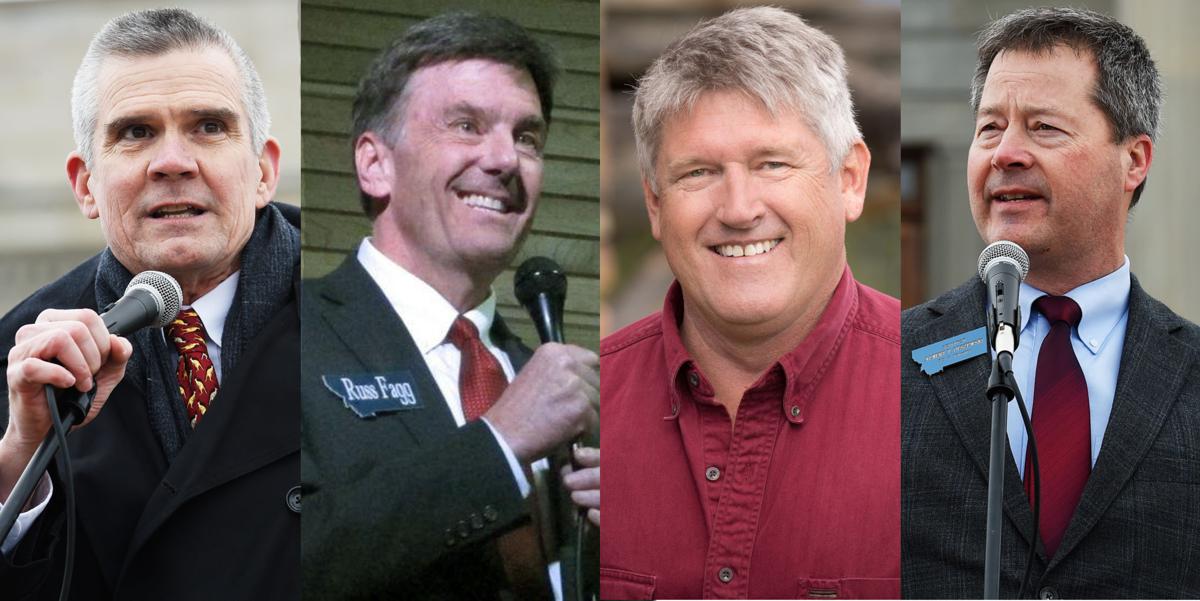 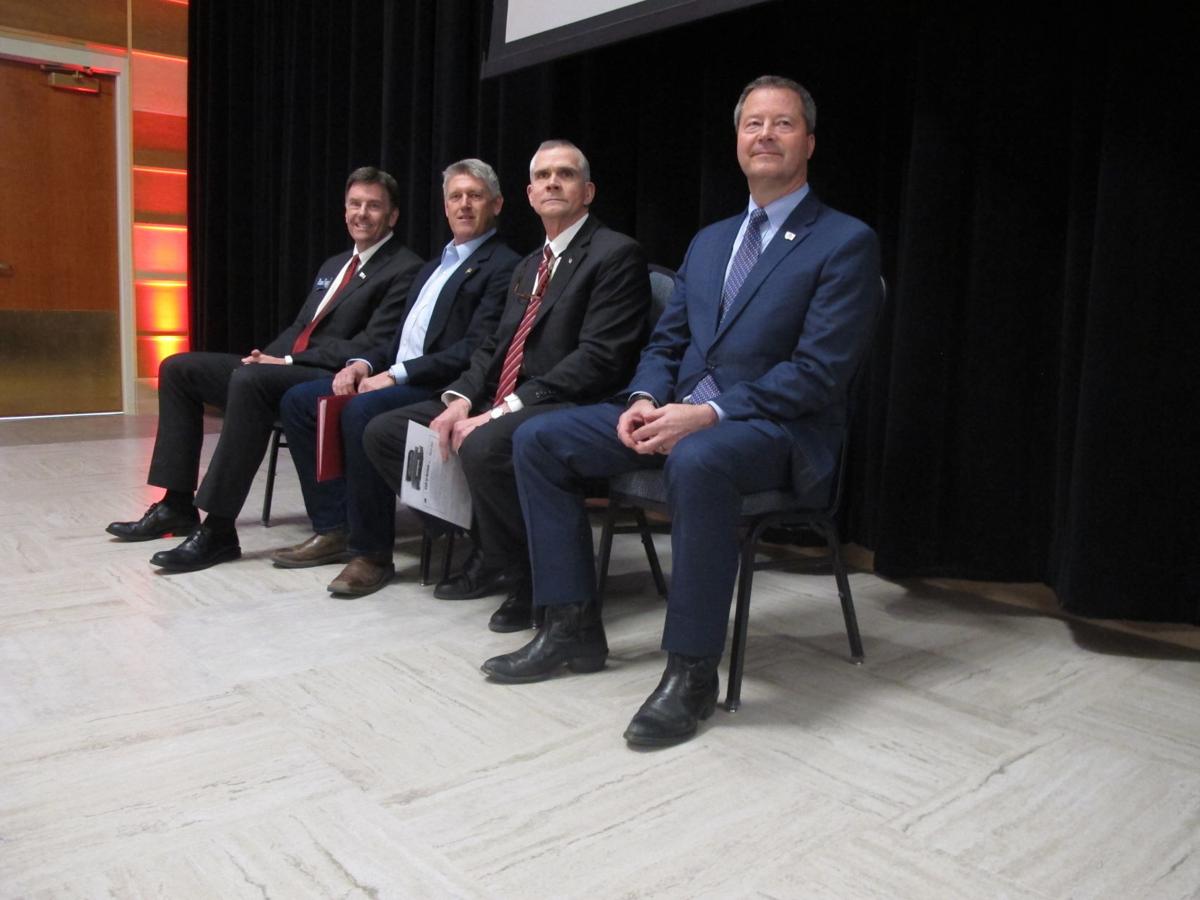 The four Republican candidates for U.S. Senate waited to debate at Montana State University in Bozeman. From left, Russell Fagg, Troy Downing, Matt Rosendale and Al Olszewski are competing for the chance to challenge Democratic Sen. Jon Tester this fall.

The four Republican candidates for U.S. Senate waited to debate at Montana State University in Bozeman. From left, Russell Fagg, Troy Downing, Matt Rosendale and Al Olszewski are competing for the chance to challenge Democratic Sen. Jon Tester this fall.

BILLINGS — Outside money is pouring into Montana's U.S. Senate race even before Republicans settle on a nominee to challenge Democratic Sen. Jon Tester, who has become a leading target of the GOP after drawing the fury of President Donald Trump.

Four Republicans are jockeying for a last-minute advantage ahead of the June 5 primary.

Their ambitions to topple the two-term incumbent were buoyed after Trump — who won in Montana by 20 percentage points — unloaded on Tester for releasing allegations that the president's pick for head of the Department of Veterans Affairs loosely handed out prescription drugs and got drunk on duty.

Among Tester's would-be challengers, state auditor Matt Rosendale has emerged as the favorite of deep-pocketed conservative donors. Outside groups including two bankrolled by Illinois billionaire Richard Uihlein have spent $1.8 million pumping Rosendale's candidacy. That's almost twice as much as he's raised himself.

It's opened Rosendale to attacks from his opponents who charge he's now beholden to special interests outside Montana.

Yet it also has allowed Rosendale, the only candidate to hold statewide office, to claim a mantle of legitimacy with major Republican donors. He said that's crucial if the GOP hopes to counter the huge amounts of campaign cash Tester has amassed ahead of November's general election.

"I have support not only from across the state. ... I also have national support and, guess what, that's critically important," Rosendale said. "They've recognized me as the best opportunity from the Republican Party to beat Jon Tester."

Retired state Judge Russ Fagg of Billings has sought to counter Rosendale's outside help with ads suggesting Rosendale, a Catholic who opposes the death penalty, would go easy on "illegal immigrant s who commit murder." Rosendale's backers at the conservative Club for Growth have responded by spending almost $900,000 through last week with ads pounding Fagg for allegedly favoring defendants over victims while on the bench.

Fagg, who's backed by several former governors and U.S. representatives from the state, sees himself as the only one with a chance to beat Rosendale — or Tester. He says his Montana roots defuse an issue already being exploited against Rosendale, a native of Baltimore who Democrats dubbed "Maryland Matt."

Fagg also says he's more willing than his opponents to part from Trump, in particular on possible trade tariffs he warns could draw a backlash against Montana's important agriculture industry.

"I'll disagree with this president when it's not in Montana's best interest," he said.

Kalispell state Sen. Al Olszewski has trailed the field in campaign cash. But he counts that as a point in his favor because it's made him the "grassroots, anti-establishment and commonsense candidate."

Olszewski described Rosendale as "bought and paid for" given the outside spending on his behalf. He said Fagg's willingness to run attack ads, criticized by some for perpetuating immigrant stereotypes, reflects poorly on the former judge.

"People are seeing negative commercials being run by two of the front-runners, and they're not happy with it," Olszewski said. "It's giving them a chance to say, 'Who else is in the race?'"

Big Sky businessman Troy Downing, a political newcomer, has tried to stay above the fray by largely refraining from criticism of his primary opponents and limiting his takedowns to Tester. He's spent at least $1 million of his own money promoting himself as the most Trump-like of the four — a successful businessman who's never served in public office.

Downing has been dogged by a pending criminal case against him: Montana game officials say he bought in-state hunting and fishing licenses during years he was living in California. Downing denies the charges and delayed his trial until after the primary.

Downing is an Afghanistan combat veteran, which he said gives him a close connection with a constituency that's long been courted by Tester, the ranking Democrat on the Veteran Affairs Committee.

"No matter how he (Tester) is trying or not trying, it's not trickling down and actually improving the veteran experience in the state," Downing said.

After hovering just below flood stage for much of the past four days, the Yellowstone River is likely to reach only minor flood levels in Bill…