A split Federal Election Commission has ruled that an Australia-based mining company, mining advocates and a committee formed to oppose a 2018 Montana ballot initiative did not violate federal campaign finance laws barring foreign spending in U.S. elections, finding that the law does not apply to ballot measures.

The FEC recently released rationale for its 4-2 vote earlier this year dismissing a complaint filed in 2018 by Yes for Responsible Mining against Australia-based Sandfire NL and Canadian subsidiary Sandfire Resources America Inc. for making contributions to the Montana Mining Association and the group Stop I-186 to Protect Mining Jobs. The complaint alleged Sandfire donated more than $285,000 to the association and group in an effort to defeat I-186, an initiative that would have prohibited the state from permitting new hard rock mines that require perpetual treatment of polluted water.

Sandfire is the company developing a copper mine near White Sulphur Springs that has seen staunch opposition from conservation groups due to its proximity to a tributary of the Smith River. The company has touted the project as a job creator and said its design will ensure environmental protections. The project has cleared state environmental review for permitting but is the subject of ongoing litigation.

The Federal Election Campaign Act of 1971 prohibits spending by foreign nationals in federal, state and local elections. The complaint alleged Sandfire’s donations should be barred and that the mining association and opposition committee violated the law in knowingly accepting them.

“By contributing more than $285,000 to the campaign against I-186 in connection with the November 2018 Montana election, Sandfire Resources NL and Sandfire Resources America acted in direct violation of (federal law) which prohibits the use of foreign money to influence elections in the United States, and is a crucial safeguard protecting the integrity of American democracy,” the complaint states.

The complaint, made before the election, asked the commission to issue sanctions and prohibit similar actions in the future.

Responses from the company, association and committee do not dispute Sandfire’s foreign national status or the spending, but say that the activity is allowed under federal law and not prohibited by Montana law.

“Ballot measures … constitute legislative activity and are not ‘elections’ within the meaning of FECA as a matter of law,” attorneys for Sandfire wrote. “Thus, the Act’s foreign national prohibition encompasses only federal, state, and local candidate elections and does not apply to pure state and local ballot measure activity.”

“This treatment flowed from the fundamental distinction campaign finance laws have long made between efforts to influence candidate elections, which are subject to regulation, and issue advocacy, which generally is not,” Broussard wrote.

Tammy Johnson, executive director of the Montana Mining Association, agreed with the FEC’s conclusion that spending on ballot measures falls outside of its regulatory authority.

David Brooks, executive director of Montana Trout Unlimited and part of the committee supporting I-186, said the FEC’s decision was disappointing.

“It is quite shocking that Sandfire Resources, a foreign owned mining company, was allowed to finance and interfere with a Montana citizen ballot initiative,” he said in a statement. “Montanans, and all U.S. citizens, should be extremely concerned that foreign money is allowed to go directly to state law making via ballot initiative campaigns.”

The complaint in Montana may be settled, but national media is reporting some bipartisan interest among federal lawmakers in prohibiting future foreign spending on state and local ballot measures. Broussard also concludes her explanation for the dismissal by encouraging changes to federal law.

Rep. Dean Phillips, D-Minn., another co-sponsor of the House Bill, called the decision “absurd” in his criticism, Fox reported, characterizing the spending allowance as a “loophole” that Congress should work urgently to close. 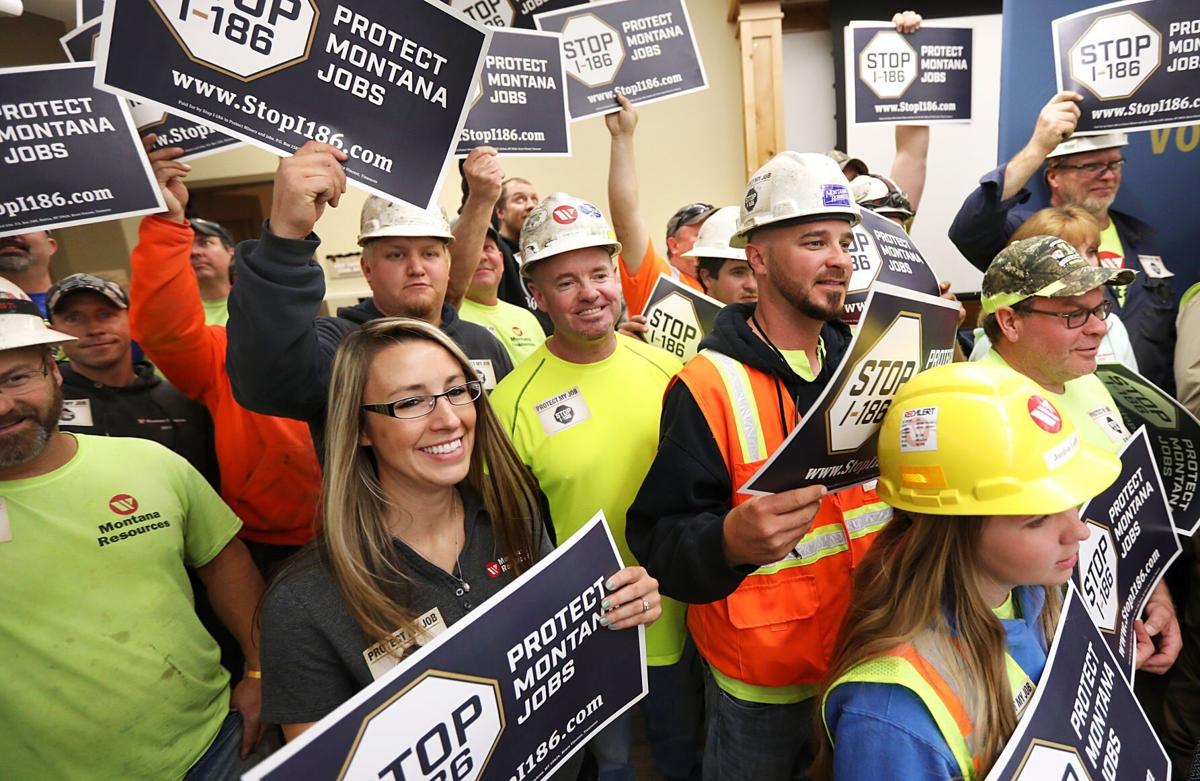 A group of miners from Montana Resources and Golden Sunlight rally at Montana Tech in Butte in support of Stop I-186 to Protect Miners and Jobs, in this file photo from 2018. 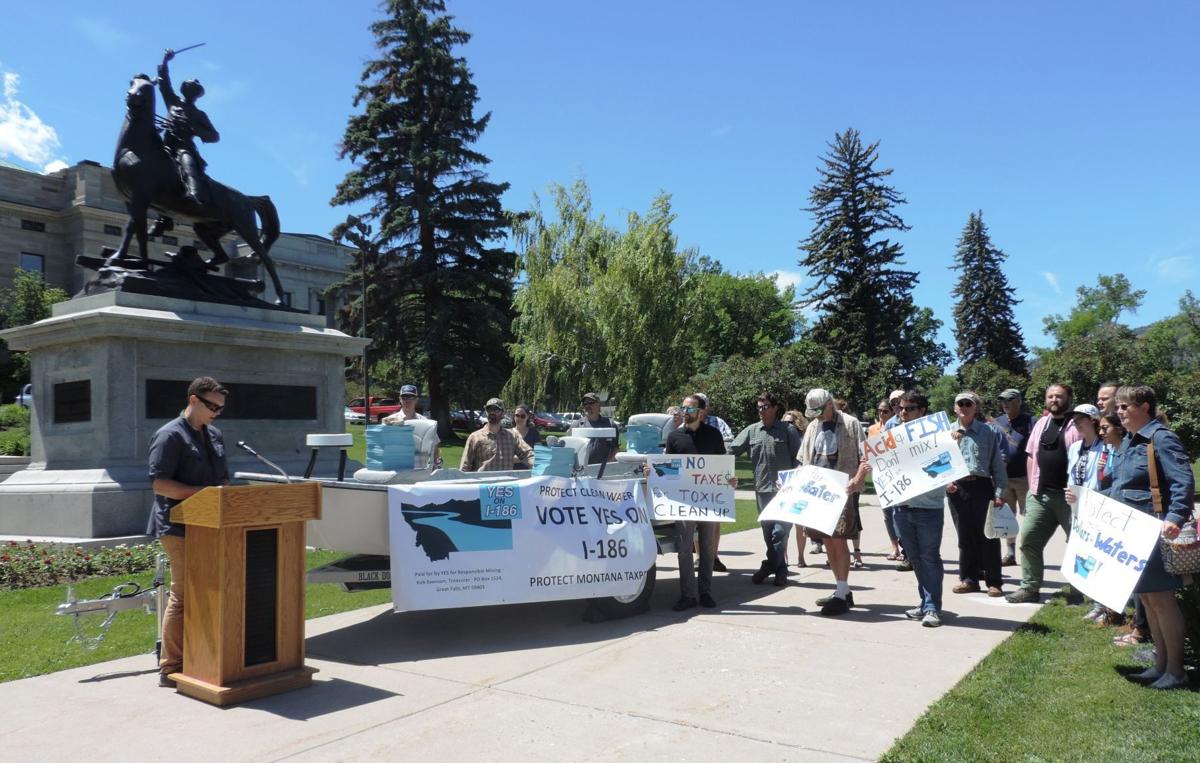 Colin Cooney with Trout Unlimited addresses supporters of I-186 at the Capitol in this June 2018 file photo. The initiative asks Montana voters to prohibit the state from issuing mining permits that include perpetual treatment of water.