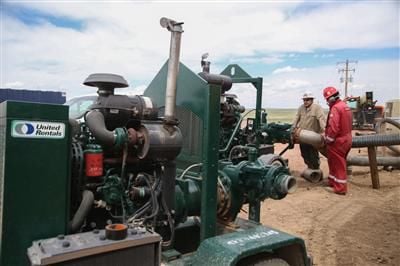 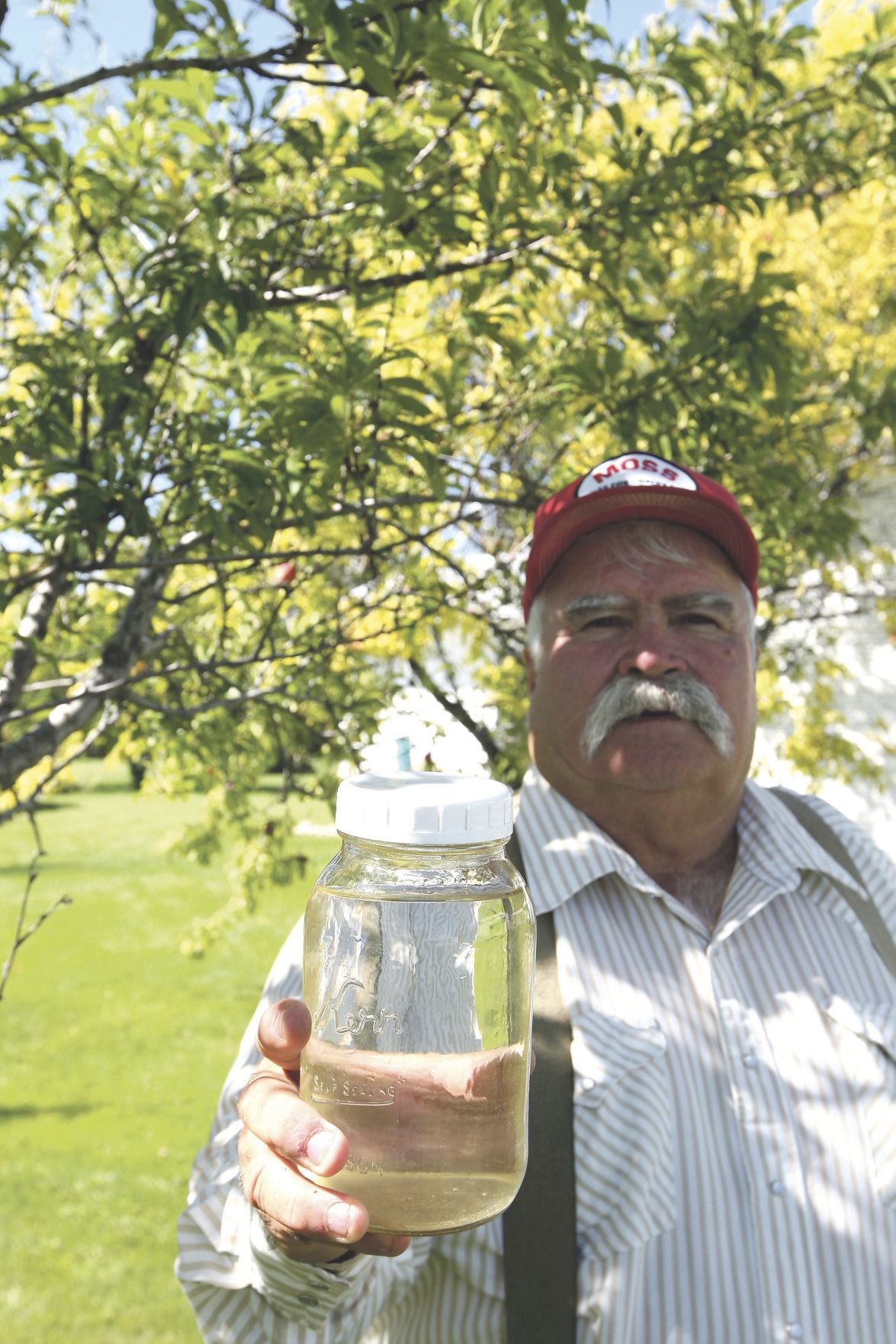 In this Sept. 10, 2009 photo, Louis Meeks holds a jar filled with water from a contaminated well on his property near in Pavillion, Wyo. A final report on foul-tasting well water in a rural Wyoming community has found that hydraulic fracturing probably didn't cause the problem. The U.S. Environmental Protection Agency touched off a national backlash in 2011 when it said fracking likely was behind the groundwater problem in Pavillion.

Montana’s oil and gas drilling companies will soon have to disclose more about the chemicals they use to crack the earth, though as new rules are written, environmentalists and landowners say not enough public notice is being prescribed.

At issue are the ingredients used in hydraulic fracturing, or fracking, which involves cracking the earth and then pumping fissures full of fluids to free oil and gas from rock. The process is the driving force behind the oil boom along the Montana-North Dakota border, where horizontal wells are fracked to release crude from Bakken shale.

Public concerns about fracking fluids seeping into nearby water wells have been simmering for years. Now, the Montana Board of Oil and Gas Conservation is drafting rules requiring ingredient-level disclosure of fracking fluid chemicals, a level of detail previously not available.

The new rules could be approved two weeks from now, though public concerns still remain about exactly when during the drilling process a company must reveal fracking fluid ingredients.

“In terms of what the board has done, it’s only addressed half the picture and arguably less than half,” said Katherine O’Brien, an attorney for Earth Justice, which sued the state over fracking fluid disclosure in January 2017.

Earth Justice, working with Montana landowners, conservation and health groups, sued the Board of Oil and Gas Conservation after the government agency declined to order drilling companies to disclose exactly what chemicals were being pumped into drilling holes. The legal threat prompted Montana’s 2017 Legislature to write the fracking fluid law the board is now making rules to carry out.

What’s missing from the board’s work, O’Brien said, is a fair amount of time between when fracking fluid ingredients are disclosed and the actual fracking begins. Landowners need the time for testing groundwater so that they can determine what’s in it before fracking starts. That advance testing is what makes it possible to determine later whether newly introduced fracking activity has added new chemicals to the water supply.

Fracking fluid ingredients have to be disclosed early enough to be useful, said Sue Beug, of Northern Plains Resource Council. In a press release after a Monday hearing on the new rules, Beug objected to the minimum amount of time before fracking began that drillers could disclose their chemicals. The notice could come just 48 hours before fracking started, which wasn’t enough time for advance groundwater testing.

However, on most drilling projects, fracking fluid information comes more than a month ahead of time, said Jim Halvorson, Board of Oil and Gas administrator. Typically the fracking fluids are disclosed 45 days ahead of drilling. Most companies know long before they file for a drilling permit whether they will be fracking. On rare occasions, a driller may opt for fracking shortly before a project starts. The law requires that the state get a two-day heads up before fracking begins.

Some information about fracking fluid ingredients has been provided in recent years, although that information wasn’t very specific. Companies consider their fracking fluid concoctions to be trade secrets. Montana and other states have honored that secrecy, allowing the ingredients be identified by brand name, rather than chemical.

Ingredients might be identified to regulators as “Slickfrac, or Borejel,” without any explanation of what chemicals were in those products, O’Brien said.

Fracking fluids haven’t been the common source of contamination at drilling sites, Halvorson said. Rather, contamination has come from surface ponds where drilling project water is stored. Saltwater brought to the surface by drilling and stored above ground in leaking ponds has been a bigger issue.

The Board of Oil and Gas Conservation will take written public comment on its rule making through Monday. It could make a final ruling Oct. 3.

In this Sept. 10, 2009 photo, Louis Meeks holds a jar filled with water from a contaminated well on his property near in Pavillion, Wyo. A final report on foul-tasting well water in a rural Wyoming community has found that hydraulic fracturing probably didn't cause the problem. The U.S. Environmental Protection Agency touched off a national backlash in 2011 when it said fracking likely was behind the groundwater problem in Pavillion.