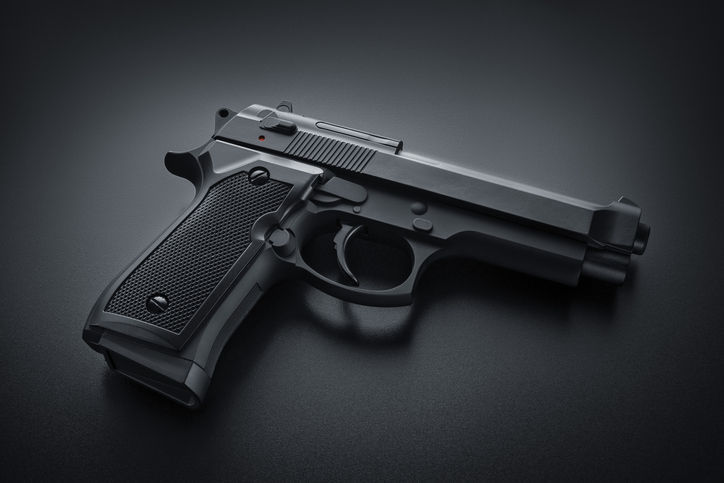 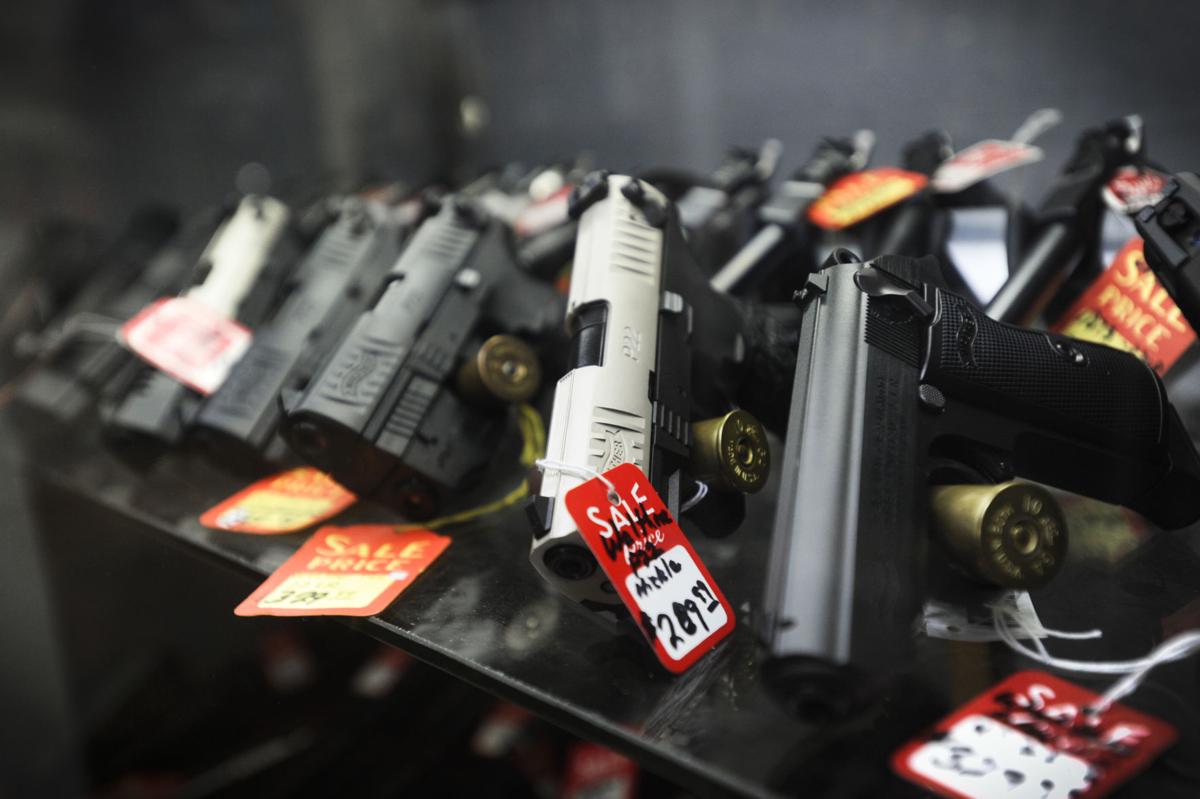 An array of semiautomatic handguns for sale at Montana Outdoor Sports in 2016.

Regier argued Wednesday that local governments cannot regulate the concealed carrying of weapons and said his bills would prevent a patchwork of gun restrictions that could cause confusion.

"This bill will clarify our rights as Montana citizens and clarify the power of local authorities," Regier said.

The first bill passed the House on a 57-42 vote and a second bill, a backup that calls for a referendum on the issue to be placed on the ballot, passed 56-43. The bills now go to the Senate.

The city appealed and District Judge Robert Deschamps ruled in October that Missoula has the right to require background checks for private gun sales.

The city said its ordinance was an effort to make it more difficult for people who aren't allowed to own firearms, such as convicted felons, to buy guns from private sellers.

The attorney general is appealing Deschamps' ruling to the Montana Supreme Court. His office has until March 6 to file an opening brief.

No challenges other than Regier's bills have been raised against Missoula's 2018 ordinance to ban weapons from certain public places, city spokeswoman Ginny Merriam said.

No one was injured when a child brought a gun to Washington Elementary School on Tuesday.

A Bozeman lawmaker has introduced a bill in the Montana Legislature that would allow local governments to allow and regulate tiny homes and tiny homes on wheels for residential use.

The state agency tasked with regulating private residential treatment programs for troubled teens said Wednesday it had not performed its role of ensuring the safety of children well and called for oversight to be shifted to the state health department.

A proposal to eliminate the statute of limitations to file civil claims for sex crimes against children may be scaled back.

A Senate committee has tabled a bill that would require a two-thirds vote of the Montana legislature to enact or increase taxes or fees, rather than the simple majority now needed.

Employees of the state of Montana and its university system stand just a signature away from hourly wage increases in each of the next two years.

A group of high school students sparred with lobbyists Tuesday over a bill that would require firearms education in Montana schools and could penalize gun owners who don't secure their firearms.

An array of semiautomatic handguns for sale at Montana Outdoor Sports in 2016.