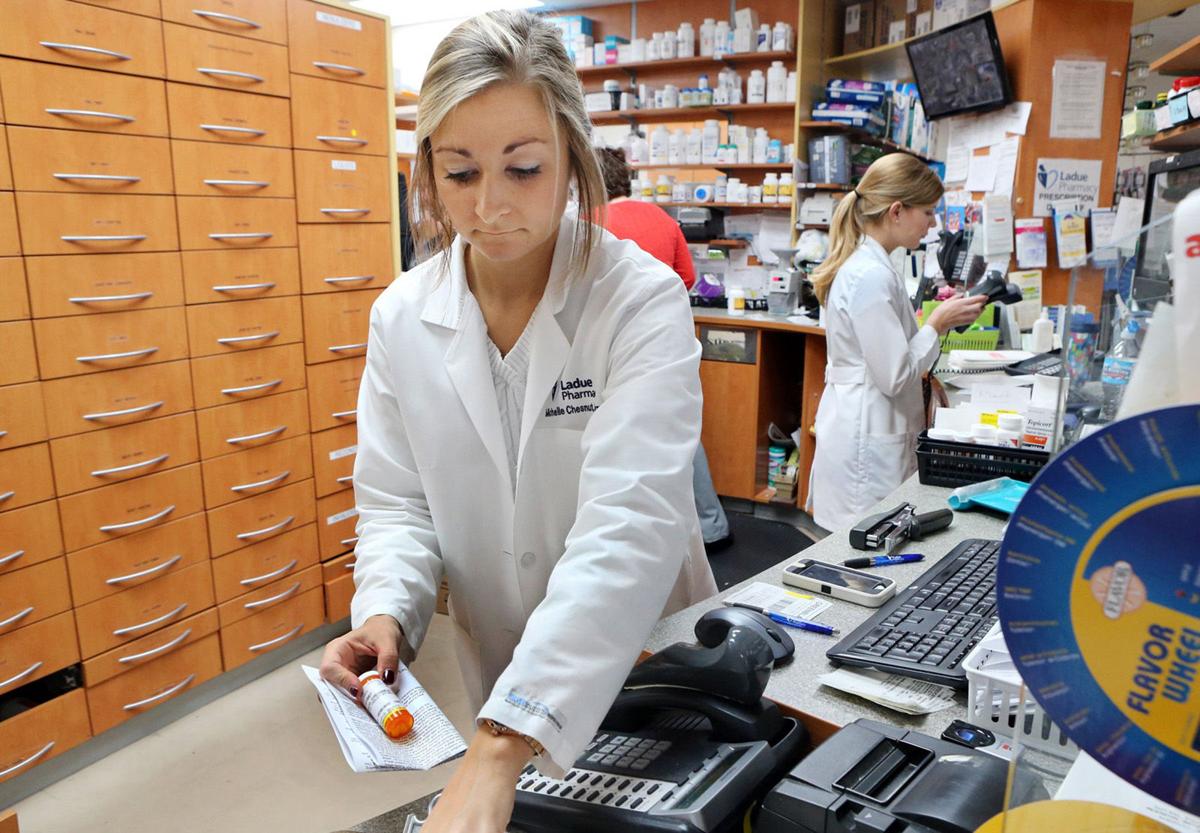 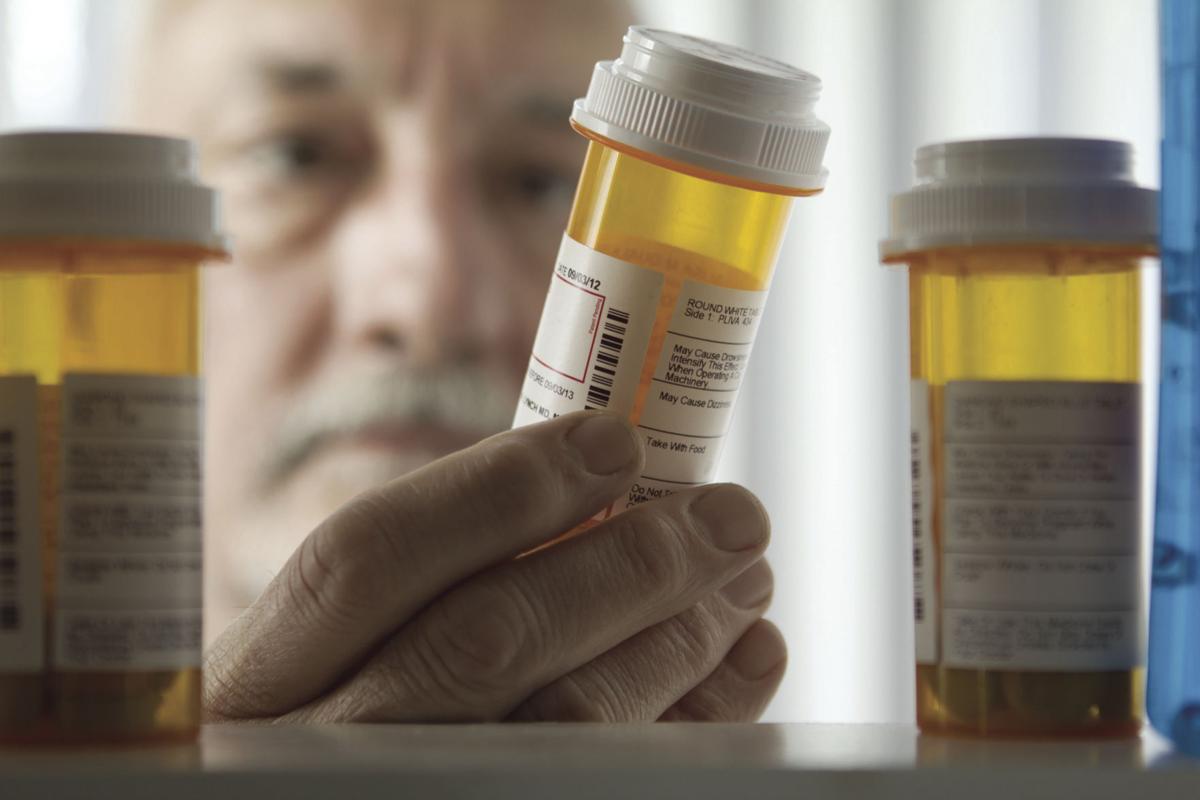 In the upcoming 2019 legislative session, lawmakers will debate a proposal aimed at lowering the price Montanans pay for prescription drugs.

The bill, at the request of the state insurance commissioner, indirectly targets the practices of a little-known player in the transaction that happens when people pick up medications at the pharmacy.

Pharmacy benefit managers are middlemen that insurance companies or employers pay to process claims at the pharmacy and negotiate prices with the pharmacy and drug manufacturer. Most consumers don’t know about this entity and the role it plays, but Montana’s Commissioner of Securities and Insurance office has targeted their practices as a contributor to higher drug prices through practices the office calls price gouging and kickbacks.

“The biggest cause of high health insurance rates is the cost of health care itself, and prescription drugs make up roughly 20 percent of that cost. If we want to reduce insurance rates and the price of accessing health care, we must address the high costs of pharmaceuticals,” said Commissioner Matt Rosendale. “This legislation will be a big step forward in lowering the cost of prescription drugs in Montana, reducing consumers’ premiums and out-of-pocket medication costs, and injecting some much-needed transparency into the system."

The commissioner’s office has been examining the practices of pharmacy benefit managers in Montana and brought action against three of them, Express Scripts, Aetna and Prime Therapeutics.

Rosendale has said the companies need a license to operate in the state and must provide information about how they do business to obtain one. In the case of Prime, the office has reached a deal for the company to pay up to $375,000 for an independent audit of its data and contracts. Rosendale said more information about contracts brokered by pharmacy benefit managers will help make sure consumers aren't taken advantage of.

What the commissioner's office found as its examined the three companies has led to the legislation, said chief legal counsel Kris Hansen.

“During our investigation, we discovered problems with the way some pharmacy benefit managers were operating in Montana. The companies failed to produce documentation that Montana law authorizes the commissioner to examine in order to protect consumers, and there were also problems with licensure requirements,” Hansen said.

The proposed legislation, however, does not target the pharmacy benefit managers directly but, rather, the insurance companies that work with them. The commissioner’s office believes it has more clear regulatory authority over insurance companies. The bill is Senate Bill 71, carried by state Sen. Albert Olszewski, a Republican from Kalispell who ran against Rosendale in this year’s U.S. Senate Republican primary.

It would prohibit a practice of "spread pricing," which the commissioner’s office calls price gouging. It’s when the pharmacy benefit managers collect payment for a drug from an insurer but do not pay the pharmacy the same amount and keep the difference for themselves.

It would also make other changes, including eliminating any requirement that pharmacy benefit managers have for mail-order prescriptions.

“Current practices within the pharmaceutical industry result in Montanans overpaying for medication as money is funneled among various middlemen in the process without providing any benefit to the consumer. Montanans are being harmed by price gouging, kickbacks and other schemes. It’s time to put an end to those unethical practices,” Rosendale said.

Rosendale said he believes the bill will force insurance companies to use best practices to avoid consumers overpaying for medications and empower pharmacists. Because of provisions in federal law, the legislation would apply only to plans and companies that sell on the federal exchange set up under the Affordable Care Act for people who do not get coverage through their employer or the federal government.

In a statement issued Friday, the Montana Pharmacy Association said it would stand as a proponent for SB71. "Our support for such legislation is based on negative experiences by our patients and members with many PBMs.

"These PBMs increasingly engage in deceptive and anticompetitive practices that hurt Montana's consumers and pharmacies alike," it said.

However, the insurance companies that have worked with the commissioner’s office don’t think it’s the best route to start addressing high prescription costs, arguing instead if the state wants to go after the practices of pharmacy benefit managers, it should go after those companies and not them.

“We fully support the insurance commissioner’s effort to lower health care costs. We fully agree there’s room to lower costs in this area and we will look forward to working with them to get a bill passed we can administer. But there are parts of this bill that’s been submitted we worry we won’t be able to administer. We’re going to try to work with them during this legislative session to make this bill more workable,” said Richard Miltenberger, chief executive officer of Montana Health Co-op.

John Doran, divisional vice president of external affairs and chief of staff at Blue Cross and Blue Shield of Montana, said his company also had concerns with the legislation.

“Prescription drugs are the leading source of rising health care premiums and account for nearly 30 percent of all our members’ health care costs. We are concerned that the (Commissioner of Securities and Insurance) bill, in its current form, is not a solution and may harm consumers by increasing health care costs. We will continue to work with members, providers, regulators and other stakeholders to improve the quality and affordability of care, including prescription drugs, for our members.”

A competing bill based on model legislation from the National Council of Insurance Legislators that would establish criteria to license pharmacy benefit managers is also expected to be introduced during this session.

“We would prefer if PBMs were actually the ones being regulated here, not the companies that do business with the PBMs,” Miltenberger said.

But Hansen, with the commissioner's office, said previous efforts by states to go after pharmacy benefit managers were tied up in federal courts.

“Federal law prevents states from regulating many aspects of health care benefits. Courts constantly strike down state laws that are pre-empted by federal law. Until Congress acts to change this broken system, we have to be very careful to stay within our limited jurisdiction on health insurance,” Hansen said. “We wrote this bill the way we did because we believe it will survive a lawsuit from the pharmaceutical industry and actually achieve results for Montanans.

“We have analyzed state legislation nationwide and found most of it doesn’t work or was overturned in court. We had to start fresh, examine the pharmaceutical industry, and write legislation attacking the costs head-on. Senate Bill 71 is a uniquely Montana approach that we’re encouraging other states to adopt as well.”

Even though the bill is written to affect the practices of insurance companies, Miltenberger thinks it may drive some pharmacy benefit managers out of the state instead of complying with the law’s requirements.

“Montana’s a small state and these are big companies. My fear is we have these companies say, ‘We don’t want to change our system because we work among multiple states’ and leave,” Miltenberger said. “We think PBMs take too big a piece of the health care pie. But they do provide an important administrative function when you are at the pharmacy.”

Miltenberger said there is also concern that parts of the bill will be impossible to administer, and insurance companies would be left paying the fines incurred by the actions of another company.

The commissioner’s office is expecting opposition during the session from lobbyists in the industries it is targeting.

“The pharmacy benefit managers, insurance companies and other players in the pharmaceutical industry claim that how they operate is in the best interests of consumers. Based on our extensive research and the data we have, we strongly believe that is false. I expect we’ll hear a lot of misinformation and talking points against our legislation, but the numbers don’t lie. It’s time to hold the pharmaceutical and medical industries accountable for screwing over their patients and lying to Montanans,” said office communications director Kyle Schmauch.

Montana has a state song, a state ballad and a state lullaby.

When state Sen. Susan Webber was younger, in the late 1960s or early 1970s, a well-known woman from her tight-knit neighborhood on the Blackfeet Reservation disappeared.

Cash or debt, what and where: Montana Legislature set for infrastructure battle

The splash of color stands out brightly against the backdrop of the gray pavement of Sixth Avenue and the concrete and limestone Montana Veterans and Pioneers Memorial Building, home to the Montana Historical Society.

Montana governor hasn't given up on Medicaid expansion

BOZEMAN — Montana Gov. Steve Bullock is confident there will be a way to extend the life of the state's Medicaid expansion program during the 2019 legislative session.

Lewis and Clark County's elected justice of the peace acknowledged that he sent an "inappropriate" email chastising a Washington Post reporter for coverage that was critical of the far-right conspiracy theory QAnon.