But during the meeting earlier this week, a child care provider from Belgrade told the commission the process to apply for aid was far too complicated and the federal money might not be enough to keep her doors open.

State lawmakers also expressed frustration that the money wasn’t specifically targeted to areas in the state identified as child care “deserts” and questioned if there were enough measures in place to ensure the assistance filtered down to families in financial need.

The recommendation for an additional $30 million passed on a 6-4 vote, with four Republican state lawmakers on the commission voting against the proposal and two Democratic lawmakers and one Republican, along with three members of Republican Gov. Greg Gianforte's administration, backing it. The plan goes to Gianforte for final approval.

The American Rescue Plan Act, passed by Congress and signed by President Biden at the start of last year, directed more than $68 million for child care stabilization grants. During the 2021 state Legislature, lawmakers created commissions that would recommend how to spend the money.

Last year the commission that oversees health and human services spending approved putting a little more than half of the $68 million allotted for direct grants to child care providers in Montana, with a small portion for administrative costs.

In mid-December, citing the 440 applications it had received and the amount of assistance providers were seeking, the state health department told the commission it would need the full $68 million from the federal government to be able to meet the demand of 80% of the eligible providers in the state.

A report authored by the state Department of Labor and Industry last August found 60% of Montana's counties are child care deserts. That means the amount of care available meets less than a third of the potential demand. There were six counties of the state's 56 without a single licensed provider, according to the report.

In a previous memo to the commission from last summer, the health department said at the height of the pandemic 171 child care programs closed in the state.

In the Thursday meeting, Adam Meier, the director of the state Department of Public Health and Human Services, told commissioners that his department received 385 complete applications for stabilization grants between Oct. 7-Dec. 16. That represents 43% of all businesses eligible, Meier said.

Jamie Palagi, the administrator of the Early Childhood and Family Support Division of the state health department, said the agency examined a provider’s operating costs, as well as additional expenses for mitigating against COVID-19. It took that number, subtracted any previous COVID-19 aid a provider received, and then said it would award providers about 45% of that amount. Money expected to start going out the door in installments starting this month.

“Once we gathered all that information, based on the applications coming in, it became clear just even in current operating costs, that their operating costs were higher than the (federal) money would allow,” Palagi told the committee.

The department is opening a new application period this month and will decide if another one is necessary in April to capture everyone eligible who wants to apply, Palagi said.

Belgrade provider Elizabeth Schults, who owns and operates Learn n Play Child Care, told the commission she spent a month on her application and had to call the hotline at least five times for help. She said the amount of funding was initially hyped up to be much more than it looks like it will turn out to be for places like her operation.

“What was told to us with so much excitement and enthusiasm has led to nothing but disappointment and a complete loss of trust in the (health department),” Schults said.

Meier did acknowledge that costs came in much higher than expected and the department was using older data in projecting demand, but said the amount of federal money available is still unheard of before in the state.

Schults also questioned why any previous COVID-19 aid would be deducted from what she’s eligible for when a provider who started operating more recently, not having to navigate the last two years of the pandemic and therefore hadn't received the same amount of aid, wouldn’t face the same deductions.

State Rep. Mary Caferro, a Democrat from Helena, said that without finding ways to support workers who have stayed with child care providers through the pandemic or incentivize people to work at care centers, the aid wouldn't have the desired effect.

“You can invest in infrastructure as much as possible, but if you don't have the workers to care for the children, that won't solve the problems of making sure that there's quality, affordable and safe places for children to go while their parents work,” Caferro said.

While Palagi said providers had to certify, or promise, the assistance would be passed along to families, during the application process they were not required to say how that would be done.

That concerned state Rep. Terry Moore, a Republican from Billings, who said he wanted more reassurances the money would filter down to families who struggle to pay for child care. Moore also questioned if enough help was targeted to places in the state with few child care options.

“I just am troubled that there are virtually no priorities about how these funds are dispersed,” Moore said. “It’s just simply, for all practical purposes, based on an allocation of expenses and not frankly on where is the highest needs for the best outcomes in Montana. And that gives me a good pause.”

Republican Sen. Carl Glimm, of Kila, raised concerns that the federal aid would artificially keep prices low, “which then allows someone who's out working to have their kids (in) child care (while) working a job that doesn't really pay for that.”

Glimm said when the federal money is all spent, the “house of cards kind of comes tumbling down.”

Palagi said in addition to distributing the federal aid, there are programs starting up meant to help child care providers form business models that will make them more sustainable. Even before the pandemic, a report found that there was only licensed capacity for about 40% of kids in the state that might need care.

Meier added that providers are facing challenges specific to the pandemic that come with additional costs, like purchasing personal protective equipment and testing supplies.

Rep. Frank Garner, a Kalispell Republican who chairs the commission, asked how the commission and department could track if the federal money is improving the child care situation in the state.

Meier said he plans to watch capacity and see if there are more child care slots or facilities opening in child care deserts.

Both Meier and Gardner said they've heard from employers that a lack of child care was keeping people out of the workforce.

“Absent some of these stabilization funds, and even (with them), we did see some providers close their doors, and that certainly is not going to support our workforce (or) expansion of the workforce,” Meier said. “We hear that time and time again from employers and from some of our health care providers, (that they) were trying to hire people and that they are struggling because they can't find adequate child care.”

Garner also said he was concerned about the issues raised by Moore and Glimm, but said the lack of available child care was making it impossible for some people to enter the workforce and because of that he backed the additional money.

“I think it is so critical, such a critical need right now, that I don't want to delay the ability for us to get this money out into the field to provide stability to those providers and to those families that need this to be able to be out and be productive,” Garner said. “I do worry about the cliff at the end of it.”

The money is not the only federal aid that's come to the state for child care. Under the previous administration, which dispersed money from the Coronavirus Aid, Relief and Economic Security (CARES) Act, $10.1 million went to a mix that included 888 providers and 3,500 families, as well as 15 new short-term programs that cared for 549 children. Those providers also got aid from the Coronavirus Relief Fund, which directed $57 million to the state. That pot of cash also provided 4,000 families with $2,000 scholarships and boosted 327 programs for school-age children.

All of the CARES money and Coronavirus Relief Fund has been spent.

Under the Coronavirus Response and Relief Supplemental Appropriation, which totals more than $28.3 million in funding and was awarded in December 2020, by mid-December of last year about 37% had been spent. The state has until September 2023 to use the funds, which have so far helped an average of 617 licensed providers each month, aided 287 families in paying for care and provided 2,080 families with grants for summer programs for school-aged kids.

The commission took 30 minutes of public comment, which focused primarily on hunting wolves in districts 313 and 316 along Yellowstone’s northern border. 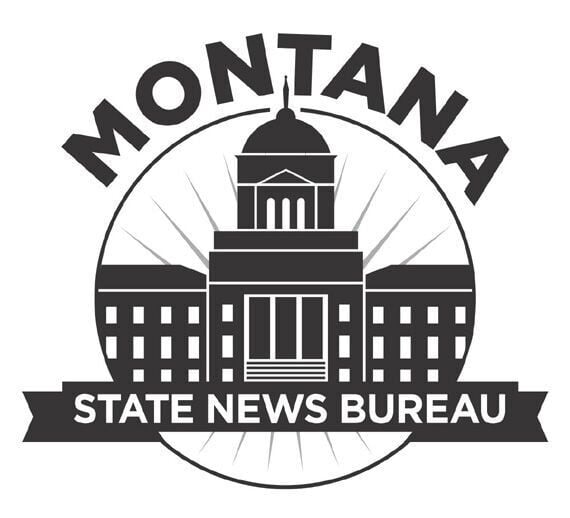 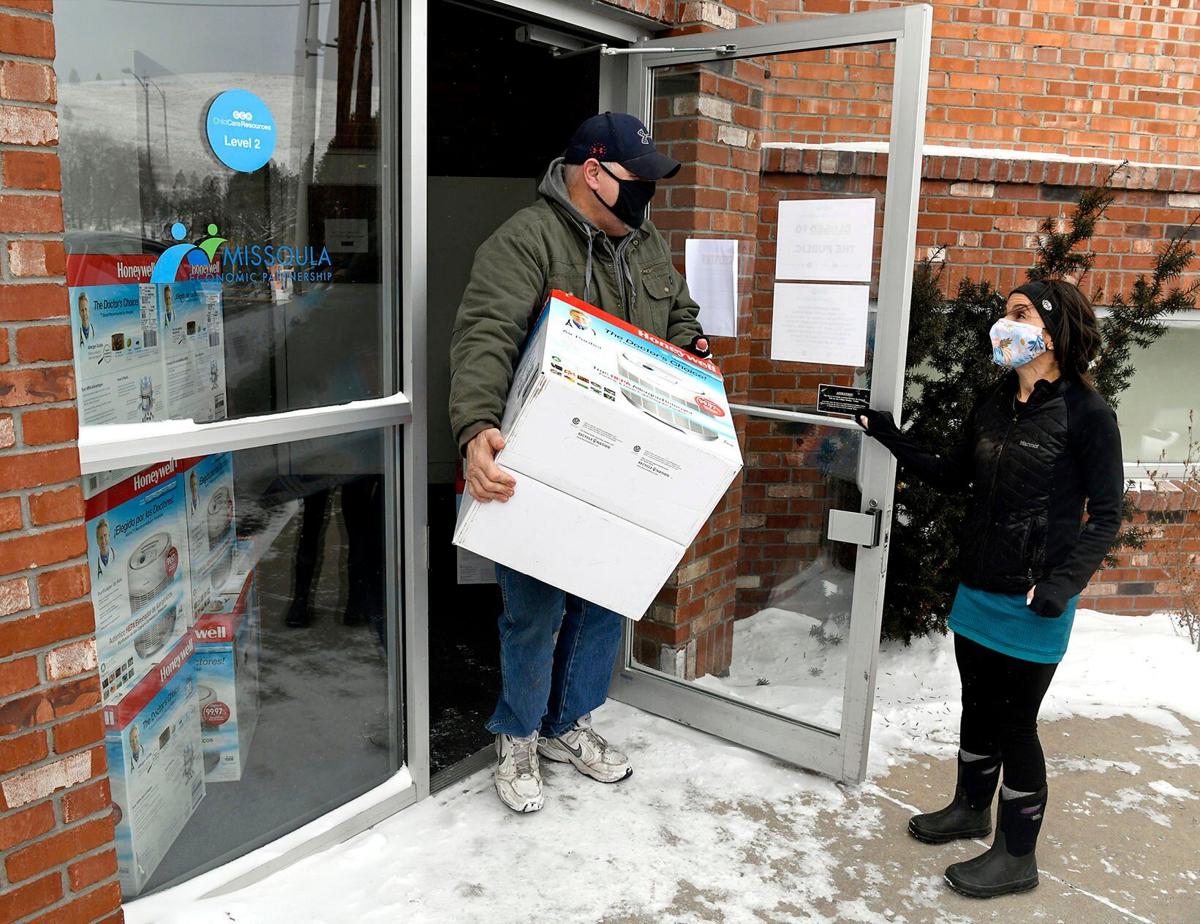 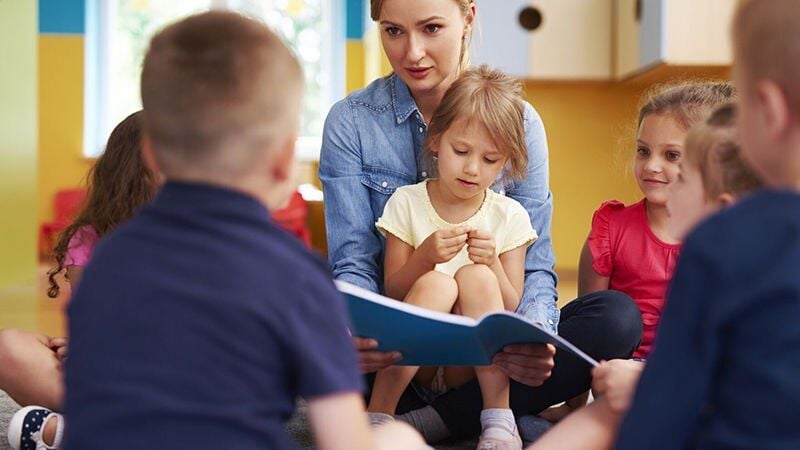