The state’s roughly 5.2 million surface and 6.2 million mineral acres are managed by the Montana Department of Natural Resources and Conservation under the purview of the Montana State Board of Land Commissioners. The board is made up of Montana’s top five statewide elected officials: Gov. Greg Gianforte, Attorney General Austin Knudsen, Secretary of State Christi Jacobsen, State Auditor Troy Downing and Superintendent of Public Instruction Elsie Arntzen.

DNRC Trust Land Division Administrator Shawn Thomas detailed the uptick in revenue at Monday’s Land Board meeting and what it means for the trust’s beneficiaries, primarily K-12 schools. Revenue also goes to universities, the school for the deaf and blind, the Montana Veterans Home and public buildings.

In fiscal year 2021 ending in June, state trust lands produced $107.3 million, up from $92.1 million in the previous fiscal year. The last time that figure topped $100 was in FY15. Revenue comes from a combination of agriculture, timber, public access, real estate and minerals.

“This really is reflective of the over 120 people that work for the division that get up each and every day with a mission-driven approach of generating revenue for our beneficiaries, most notably the common school K-12,” Thomas told the board.

The revenue is split between direct funding for the beneficiaries and an account managed by the Montana Board of Investments. Interest from that account, which topped $760 million at the end of the fiscal year, also makes up a portion of schools’ funding.

K-12 schools will see $47.7 million, up about $6 million from last year. That makes up about 5.3% of the Office of Public Instruction’s annual budget.

“While 5% isn’t a huge number to a lot of people, to the taxpayer we offset that tax burden,” Thomas said. “A 5% increase in your property taxes, to make up for this revenue if it weren’t here would be significant.”

Agricultural leasing and grazing make up the largest revenue stream, producing $30.5 million collectively and up from $28.1 million last year.

Mineral leasing from oil and gas development as well as coal generated $20.2 million, down about $2 million. Coal royalties have remained solid for the last three years as companies have mined on parcels of state lands. As they move off of state lands, those royalties would drop, Thomas said, but noted that higher oil prices could bump up those royalties.

DNRC’s real estate program saw revenues down from land banking sales. The $4.3 million in land banking sales is down from $11.1 million last year, a figure Thomas attributes to completion of many cabin sites that are one-time revenue producers. However, residential and commercial leasing is up about $300,000 to $4.7 million. Sales of rights of way and easements was up substantially from $1.5 million last year to $10.7 million in FY21.

“This $47.7 million earned from our state trust lands will benefit every public classroom and student in Montana,” she said. “Without our state trust lands working for schools, our Montana taxpayers would have carried a much greater burden. I applaud the great work of the Trust Lands Management Division at DNRC in giving us as Land Board commissioners great information to make sound decisions.”

Arntzen said in the future she would like to see more revenue projections from DNRC in order to better forecast budgets. 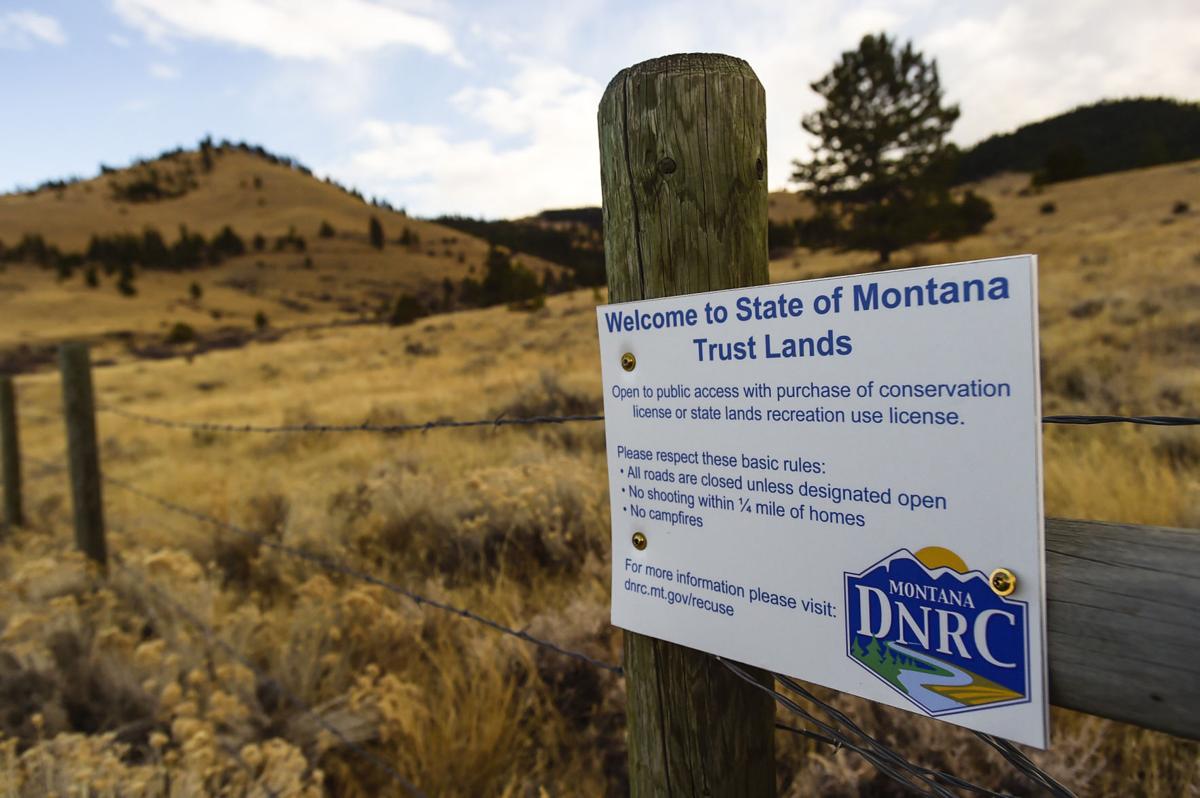 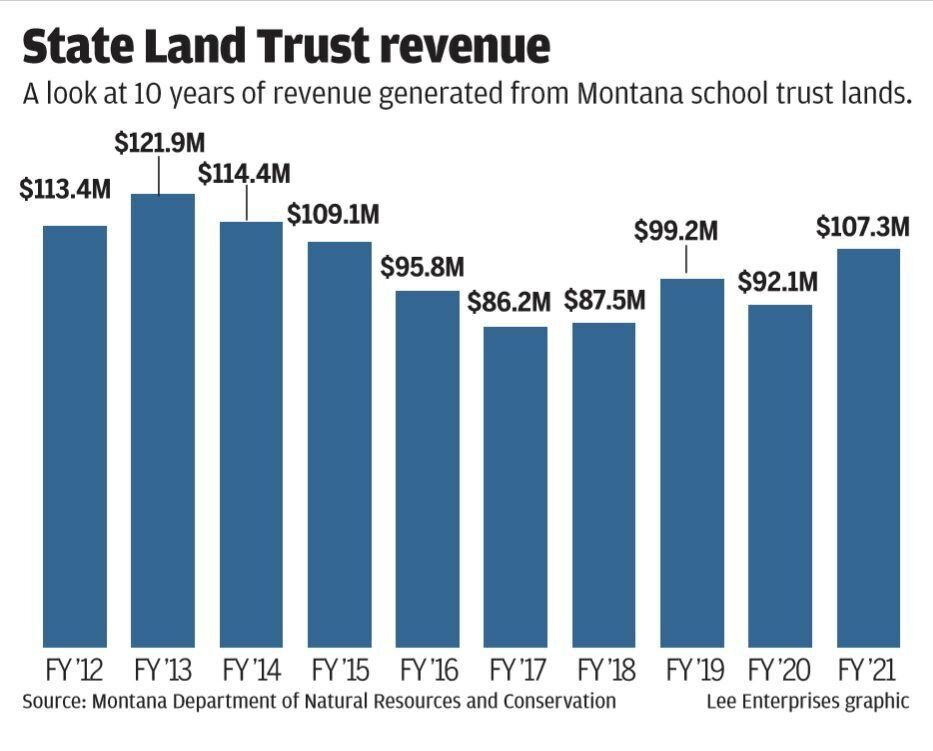