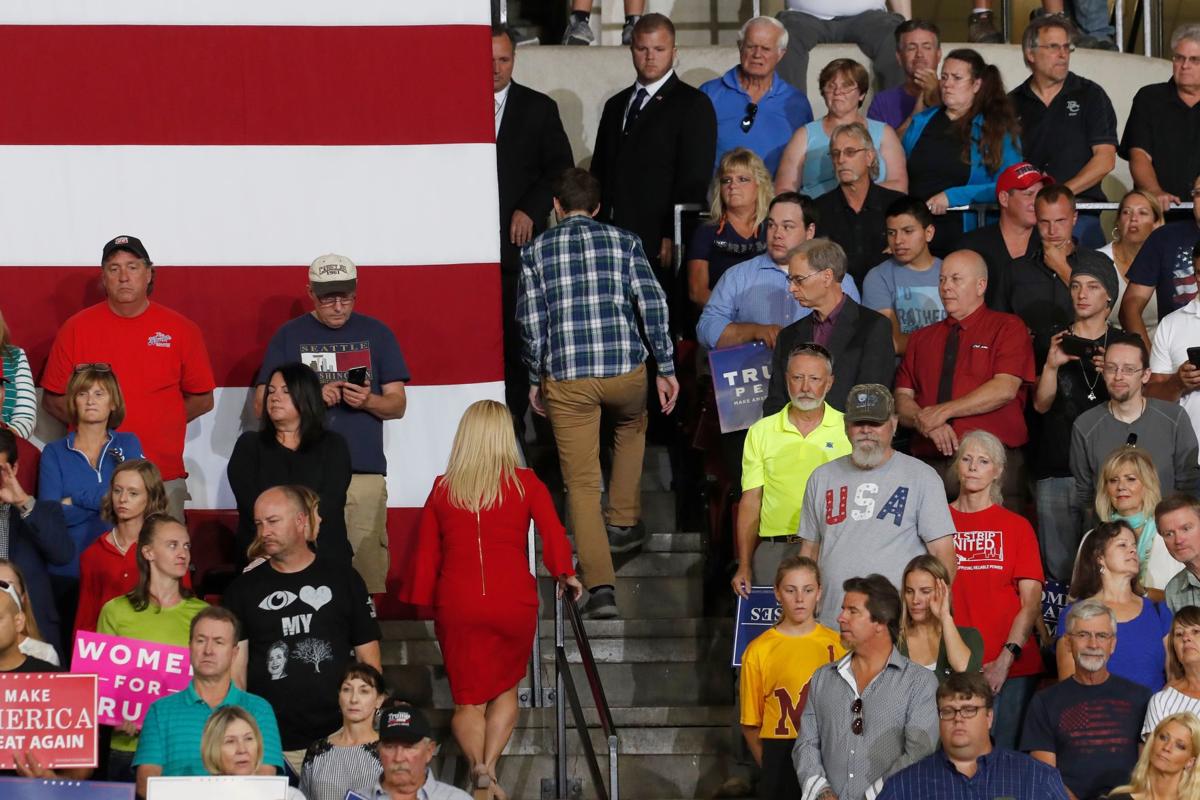 A member of the crowd leaves during the Make America Great Again rally at Rimrock Auto Arena at MetraPark in Billings on Thursday, Sept. 6, 2018. 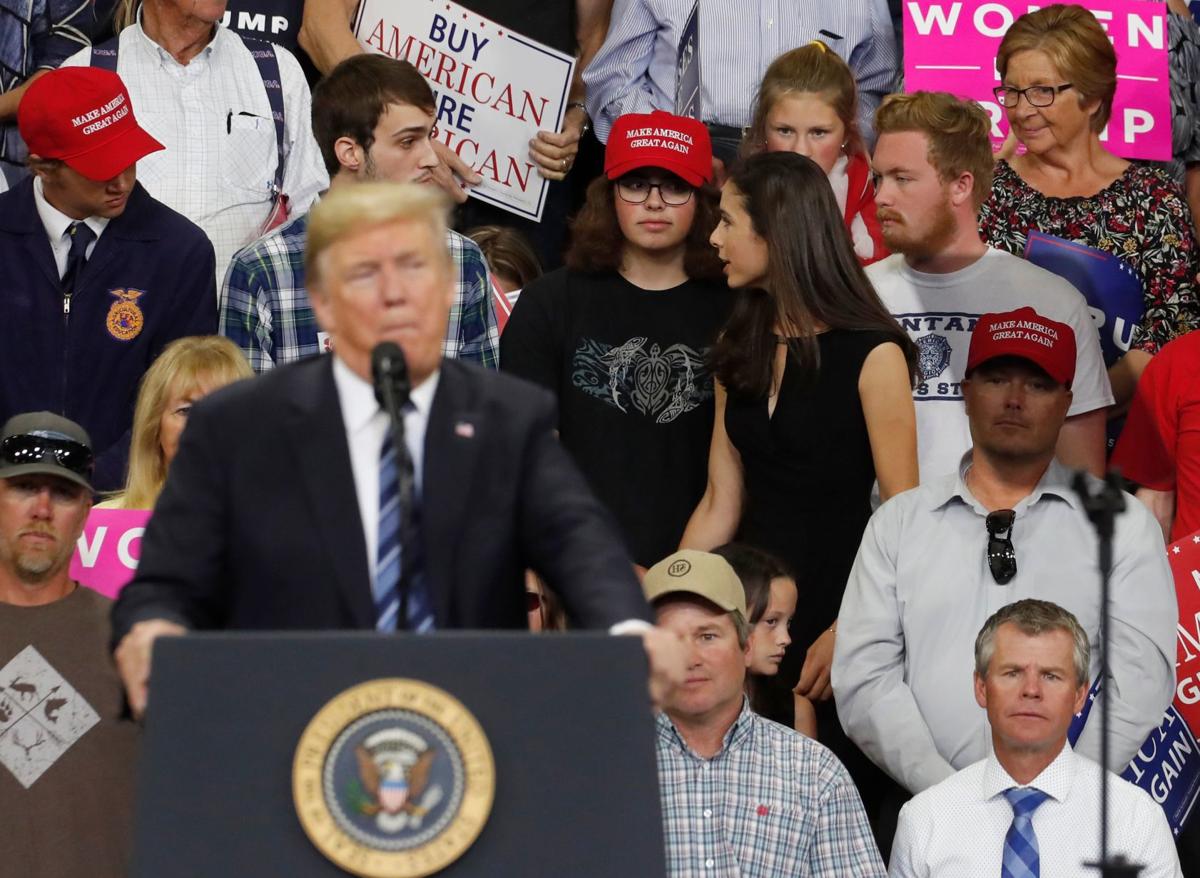 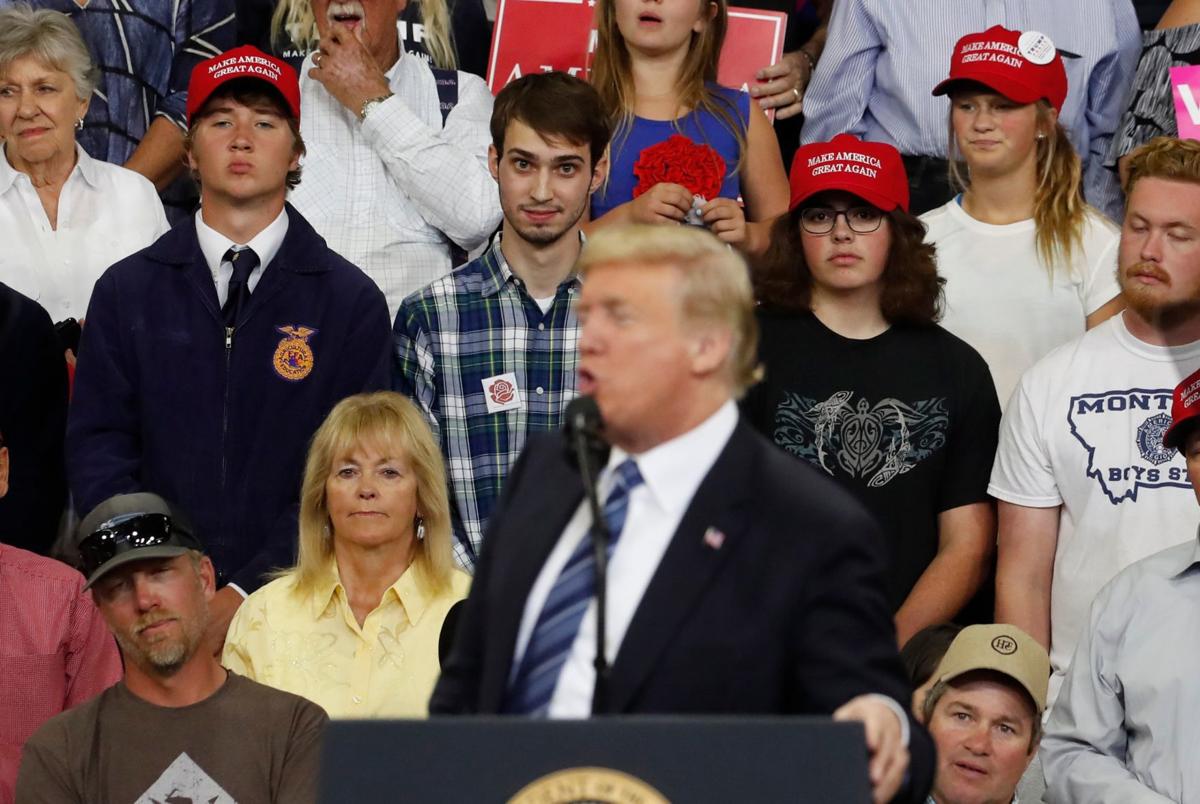 This story was originally published on September 7, 2018.

Linfesty had applied for tickets to the rally earlier in the week. After earning VIP treatment, he went to tell his friends.

Fellow seniors Erik Hovland and Christian Dunlap were walking to class when Linfesty "approached us in the hallway looking pretty frantic, talking about how he gets the opportunity to get a picture with the president," Hovland said.

Linfesty reached out to the Trump campaign and told them he was planning on bringing friends. He said they told him they would save three seats for them.

All three West seniors were ultimately asked to vacate their seats midway through the event by people they believe are Trump campaign staffers. By the end of the rally, the 17-year-olds achieved viral fame on social media.

Students at West have been shocked, but mostly positive in their reaction to seeing the trio on TV and all over the internet, where Linfesty has been dubbed "#plaidshirtguy."

#Plaidshirtguy goes viral after reactions to Trump during Billings rally

A guy dressed in plaid lit the internet on fire with his less-than-enthusiastic reactions to President Trump's speech in Billings Thursday night.

"It's still hard for me to believe that people are recognizing me in the hallways as 'plaid shirt guy' now," Linfesty said.

The three have been friends since they met during speech and debate sophomore year. All three are interested in going to college next year. Hovland said he's interested in art. For Linfesty, his major academic interest is physics.

“I don’t think any of us had any idea we were going to be that big on TV, because whenever I see a Trump rally, you see Trump, you see hundreds of people behind him — that’s my experience at least," Linfesty said. "In this case, there were like seven people (on screen). I did not know that I was going to be that big.”

Some of the reaction on social media has been negative and Hovland said in addition to being referred to as "MAGA hat girl," he's seen accusations that the trio were paid actors, or looked like school shooters.

"I'm still pretty nervous about it because I don't want people to take one instance of me not being super enthusiastic at a Trump rally to define me as a person," Hovland said.

Though the group's lack of enthusiasm was evident at times, all three did clap at various points during Trump's speech.

Early on in the Trump rally, a Billings Gazette reporter saw staffers in the press pen looking at a photo in which Linfesty was circled.

Later Linfesty pinned a stylized rose emblem representing the Democratic Socialists of America to his right breast. The same group of staffers reviewed a photo of the emblem and searched online for more information. A short while later, Linfesty was removed.

"I saw this woman walking toward me on the left," he said. "She just said to me, 'I'm going to replace you.'"

He said he recognized her as one of the staffers manning the VIP hand-shaking and photo opportunity.

"They treated me fine," he said. "They just told me not to come back."

A few minutes later another woman the trio believes is a campaign staffer replaced Hovland and Dunlap.

"She talked to me and she said like, 'OK, you can go now,'" Dunlap said. "And I was like 'What?' And then she said 'You can go join your friend.' So I grabbed my stuff and, like, shuffled out of there, and then they started smiling and waving, you know."

They were also escorted out of the arena by law enforcement and eventually shown the door.

Linfesty said he also had a picture taken by the Trump campaign before the rally while he was wearing the DSA rose and posing with the president. He has not seen the picture since, he said Friday. As a joke, he also gave a copy of the "Communist Manifesto" wrapped with an "Art of the Deal" cover to Secret Service in hopes of having the president sign it. Agents did not grant his request, and the president didn't sign the book, he said.

"I didn't do it because I'm a communist," Linfesty said. "I did it because I thought it was funny as a joke."

Dunlap said he had no part in the attempted signing of the book and only learned about it afterward.

Ultimately the group said they didn't want to pass on a rare opportunity to see the president.

"We just wanted to hear what he had to say," Hovland said.

“I don’t think we meant to make a joke of the rally or make fun of people there,” Dunlap said. “It wasn’t like we were making fun of Trump supporters.”

At the same time, they didn't want to misrepresent their views.

"They told us while we were sitting there, 'You guys have to keep clapping, you have to smile, you have to look enthusiastic,'" Linfesty said. "I had to be honest in my views."

Emails and calls to the campaign for comment were not immediately returned Friday.

Air Force One lands in Billings

Trump walks off Air Force One

Mark Poynter and his son Wesley

Greg Gianforte walks onto the stage

Photos from Downtown Billings as President Trump's motorcade leaves the DoubleTree by Hilton to go to Billings Logan International Airport on Friday.

President Donald Trump is scheduled to hold a rally in Billings on Thursday for Senate candidate Matt Rosendale.

Security measures went smoothly for President Donald Trump's visit to Billings, and the police chief expects the price tag attached to the inc…

President Donald J. Trump compared himself and his political movement to Abraham Lincoln and the Gettysburg Address during his speech Thursday…

Protesters among crowd at MetraPark before Trump rally in Billings

With 12 hours to go before President Donald Trump took the stage at the Rimrock Auto Arena, about two dozen die-hard supporters were already w…

Science Team hopes to improve on tradition at national competition

Will James Middle School’s Science Team is kind of a big deal. That’s what happens after you win Montana’s regional science bowl three years i…

From the Editor: Assault is still no laughing matter

When President Donald J. Trump visited Billings on Thursday night, he was here for GOP Senate hopeful Matt Rosendale. And yet, one noteworthy …

Gene Cornish, a founding member of The Rascals, is in stable condition after collapsing on stage during a concert Friday night at the Alberta …

THREE FORKS — A 69-year-old Montana man was killed in a lumber yard accident near Three Forks.

Fact check: Tester did rank No. 1 in cash from lobbyists

Republicans say in a television ad that Montana U.S. Sen. Jon Tester has taken more money from lobbyists than any other member of Congress thi…

HELENA — Democrats questioned Thursday whether U.S. Senate candidate Matt Rosendale illegally coordinated with the National Rifle Association based on an audio recording of the Montana Republican saying the NRA planned to support his campaign.

Trump Jr. returns to Montana to campaign for Rosendale in Bozeman

BOZEMAN — Vice President Mike Pence is criticizing Democratic U.S. Sen. Jon Tester of Montana for announcing his opposition to Supreme Court nominee Brett Kavanaugh before an FBI investigation into the judge is completed. 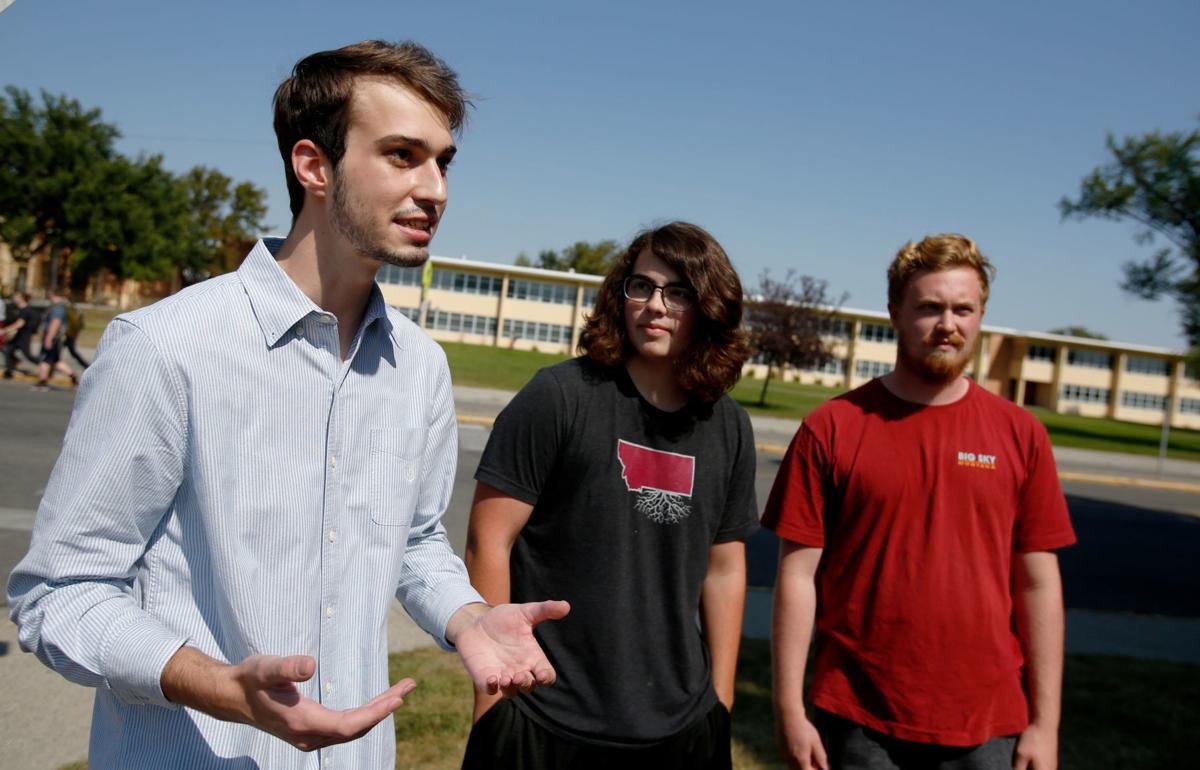 Billings West High School seniors, from left, Tyler Linfesty, Erik Hovland and Christian Dunlap talk about the attention they received on social media at the Donald Trump rally on Friday. 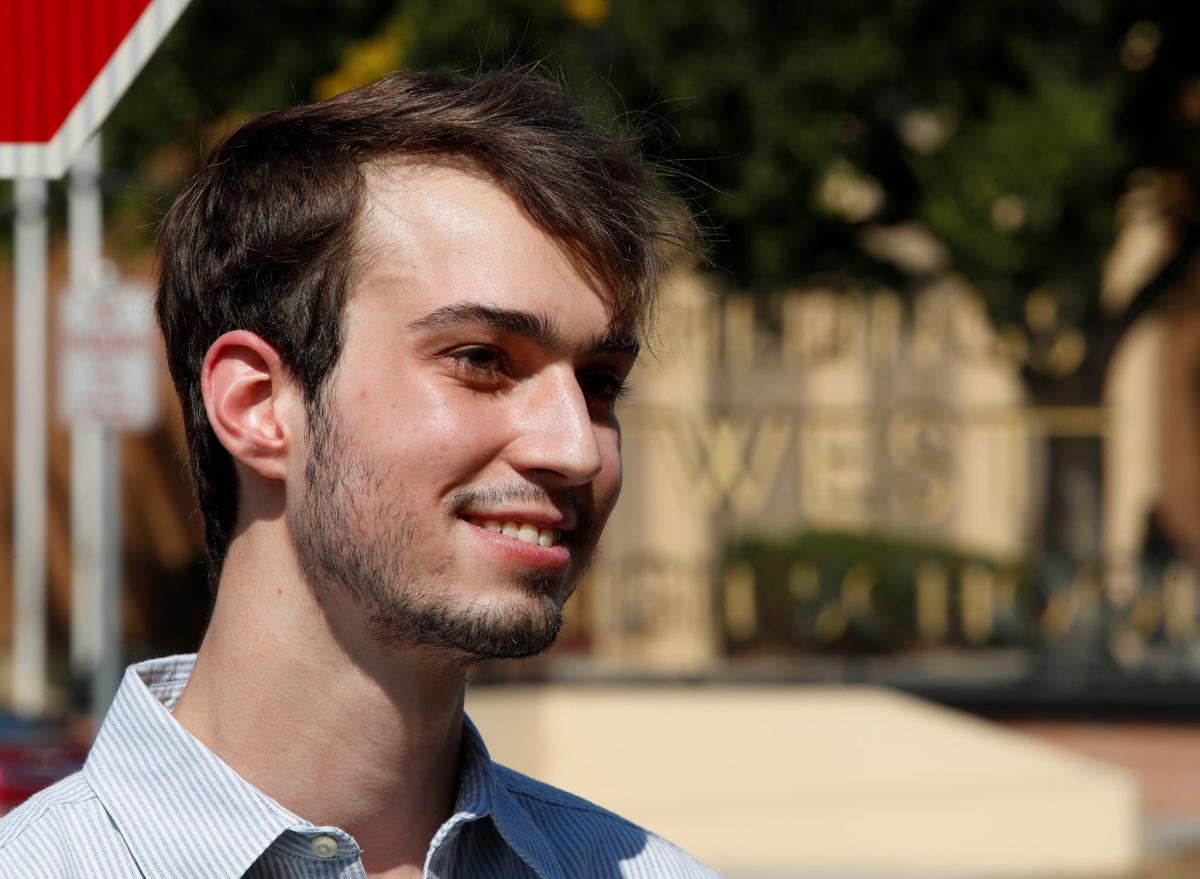 Tyler Linfesty, a senior at Billings West High School, talks about his attention on social media as "Plaid Shirt Guy" at the Donald Trump rally on Friday.

A member of the crowd leaves during the Make America Great Again rally at Rimrock Auto Arena at MetraPark in Billings on Thursday, Sept. 6, 2018. 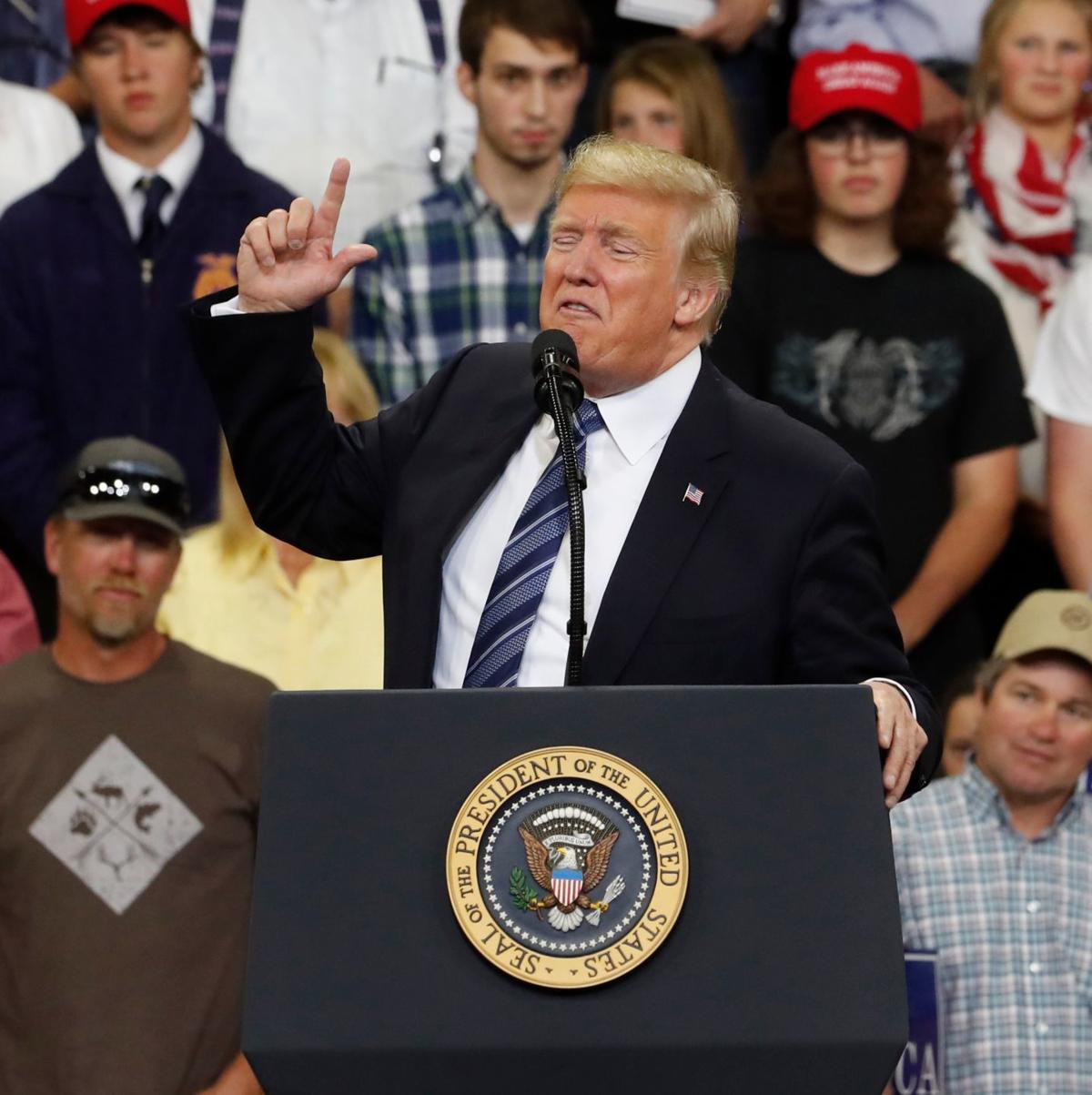 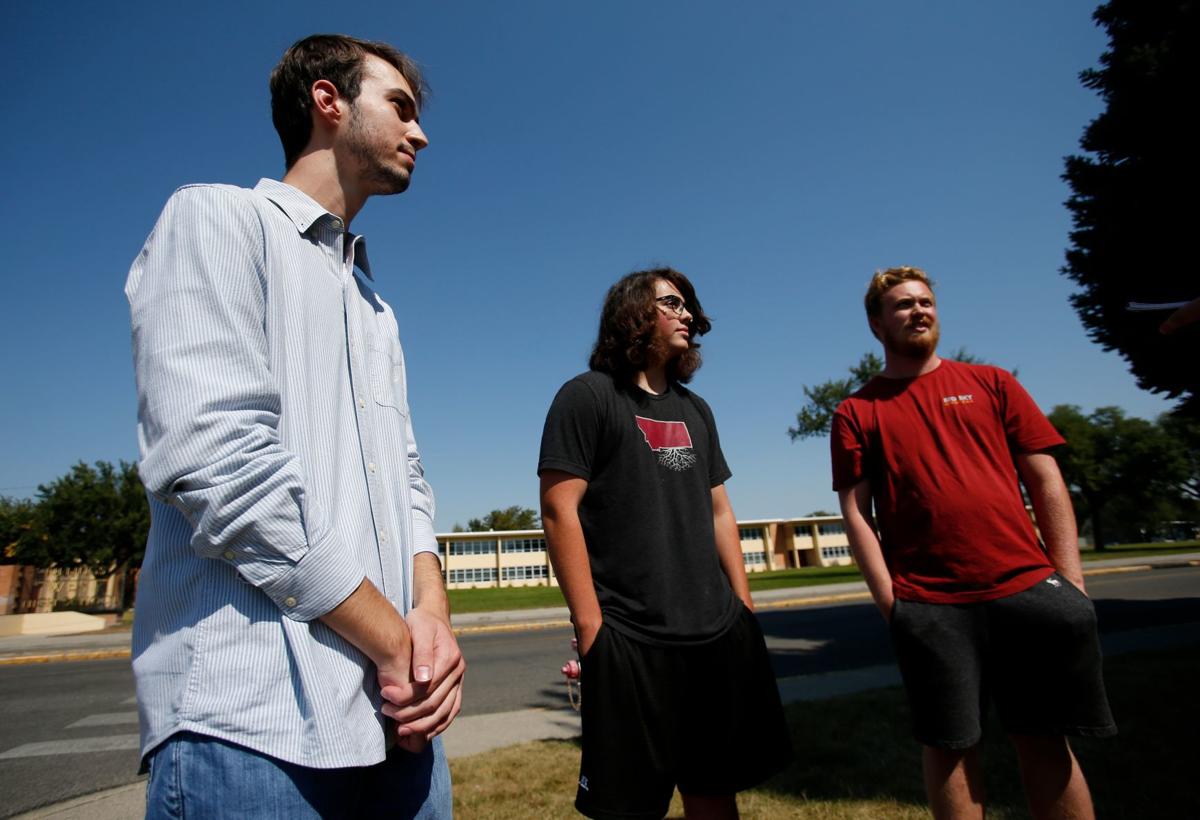