Labor groups in Montana lined up in opposition Tuesday to a bill that would require public employees to sign a consent form each year affirming they want to remain in a union.

About 20 opponents spoke against House Bill 216 during a House State Administration Committee hearing, arguing the bill would create onerous requirements for union membership, under the guise of codifying a 2018 decision by the U.S. Supreme Court. That ruling, known as the Janus decision, found that public employees cannot be required to pay dues to a union as a condition of employment.

“These would make it hard or nearly impossible for employees to exercise their right to join together to demand reasonable wages and working conditions,” Jasmine Krotkov, with the Montana Farmers Union, said of the proposed requirements. “That right is essential for rural families and communities to earn a living.”

Rep. Bill Mercer, R-Billings, said his bill would simply codify the Supreme Court's decision. He cited legal opinions issued by attorneys general in Indiana, Alaska and Texas which all indicated that in order to comply with the decision, governments should provide a form each year reminding public employees they don’t have to join a union and requiring them to affirm they want to continue being dues-paying members.

“All this is doing is saying we want to put a piece of paper in front of every worker annually to say you can join or you don’t have to join,” Mercer said. "That’s your right.”

He did, however, note those opinions don’t carry the weight of law, and indicated that Montana’s attorney general had not issued a similar opinion. The Montana Legislature passed a measure in 2021 that sought to codify the new requirement that public employees can't be forced to pay union dues.

A trio of conservative organizations that have sought to reduce the influence of labor unions backed the bill.

“We believe this is a necessary step to give Montana public employees meaningful control over the paychecks they receive,” said Max Nelson with the Freedom Foundation, “and to better protect their civil rights as recognized by the Supreme Court in the Janus decision.”

Nelson and other bill supporters took aim at a requirement of some public-employee unions that only allows members to withdraw during a certain month of the year. HB 216 would allow employees to stop paying dues at any time once they give written notice to the employer or union.

But the bill’s most contentious section would require government employers to have their workers sign a form with language informing them of their “right not to associate” with a union and that “you may not be discriminated against for your refusal to join or financially support a union.”

Opponents argued that provision runs afoul of language in both the U.S. and Montana constitutions that limits government interference in private contracts. Amanda Frickle, representing the Montana AFL-CIO, said it would amount to the state mandating an end to the member’s union contract, unless the employee signs the form.

“That is this legislative body directly infringing on the negotiation of a private contract,” she said. “That’s what all of this boils down to.”

Nelson repeatedly pointed to language in a 2021 contract for public employees in Great Falls that indicated employees had to join a union as a condition of employment. He said language remaining in that contract and others like it is evidence that state intervention is needed.

“Any employee that’s covered by this contract, that refers to it as a guide for what their rights in the workplace are, is going to be left with the false impression that they have no choice,” Nelson told the committee.

In a later exchange, Rep. Greg Frazier, a Deer Lodge Republican and himself a 17-year member of a public employee union, asked if Nelson also had a copy of the entire contract. After Nelson said he didn’t, Frazier pointed to language elsewhere in the contract known as a “savings clause” that says requirements elsewhere in the contract would be superseded by court precedent, such as the Janus decision.

Amanda Curtis, the president of the Montana Federation of Public Employees, said her organization represents more than 360 local bargaining units across the state. Each has a different way of communicating those rights with new hires, she said, but noted it’s “abundantly clear if you Google any of this information” that public employees can no longer be required to join a union.

The committee didn’t act on the bill Tuesday.

But in the Senate, Republicans and Democrats on the Business, Labor and Economic Affairs Committee found common ground on another labor bill, voting down a measure that sought similar restrictions on unions representing nonprofit employees.

In an 7-3 vote, the committee voted to table Senate Bill 140. It sought to bar nonprofit employers from collecting union fees or payments “unless the employee affirmatively consents.”

The committee’s chair, Sen. Jason Small, R-Busby, was among four Republicans on the panel to vote against it.

“As far as I’m concerned, it’s all right-to-work legislation, just some of it’s watered down more than others,” Small said.

The committee tabled the bill, meaning it’s likely dead for the session, but still could be revived later in the legislative process. 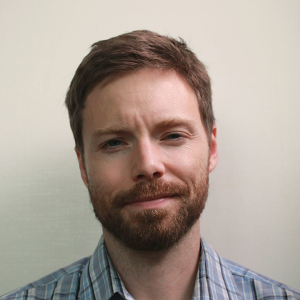 Bill would keep ESG considerations out of MT's investing decisions

Opponents argue the proposal might have undermined attempts to divest Montana's Russia-linked assets after war broke out in Ukraine.

Among several bipartisan changes are tweaks to the maps that would let incumbents run again in districts similar to their current ones.

Senate Bill 61 would clarify that interference with an election official or election worker is considered obstruction of a public servant under state law.

From a resolution on the state's proposed new House and Senate district maps to bills related to elections, here's a wrap-up of what's moving through the Montana Legislature.