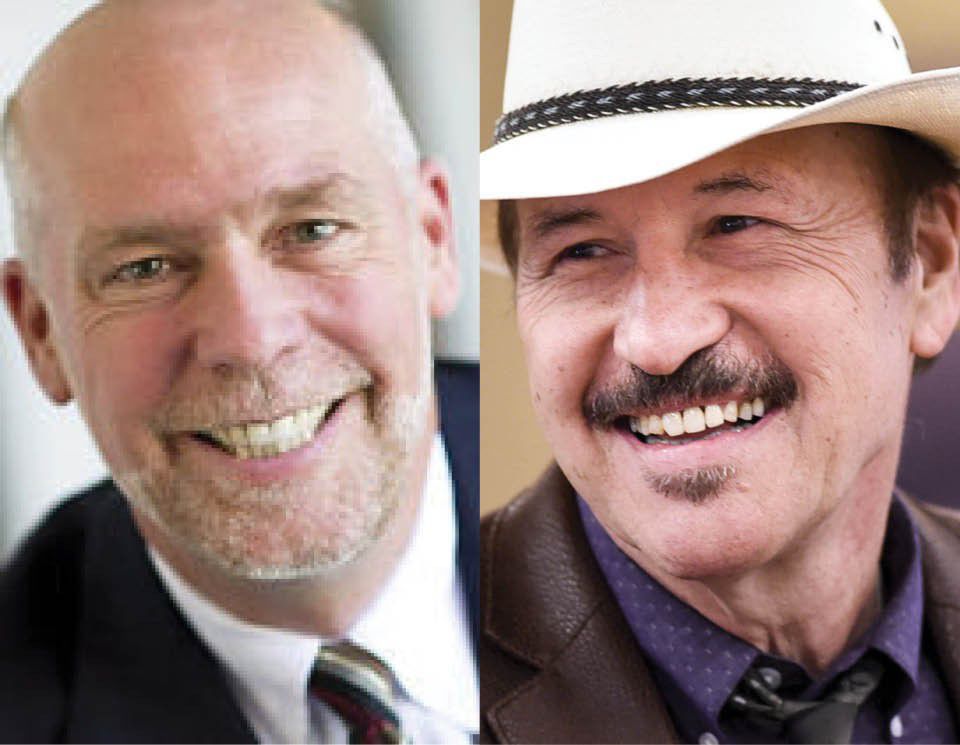 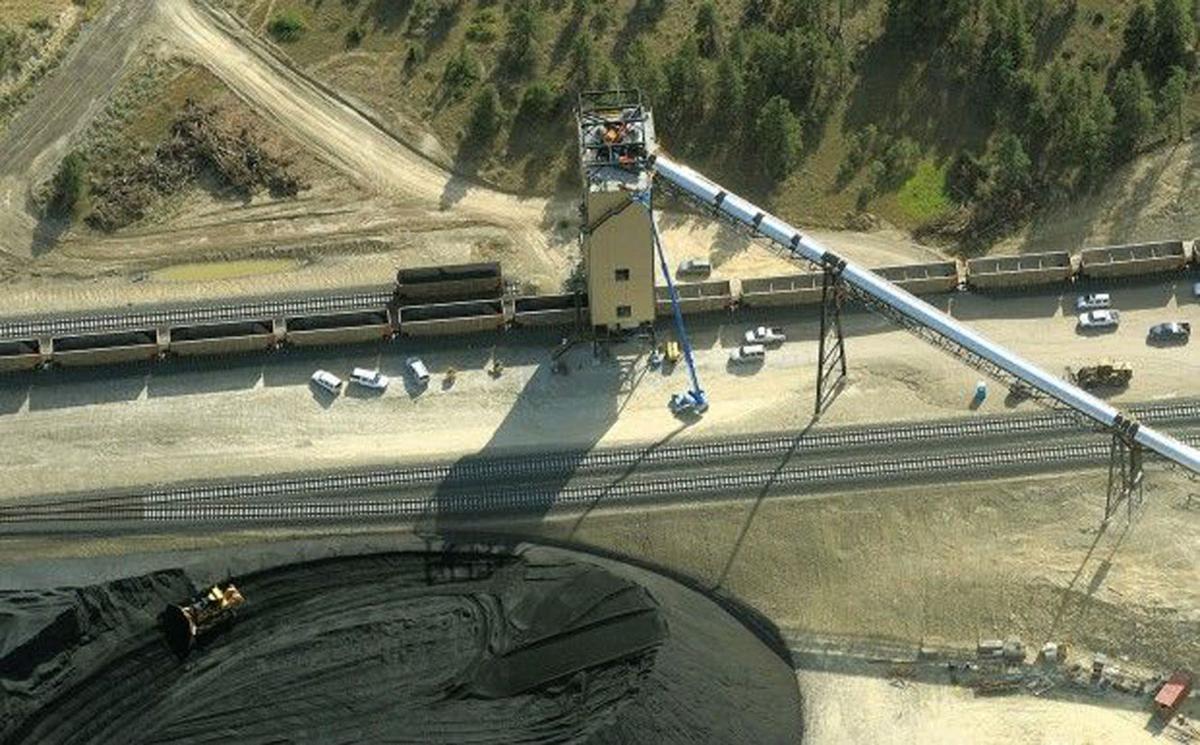 Coal is loaded on to a nearly mile-long BNSF train at Signal Peak Energy’s Bull Mountain mine south of Roundup in 2009.

U.S. House candidates Rob Quist and Greg Gianforte have differing approaches to Montana’s coal economy, though neither advocates putting a stop to mining or burning the fossil fuel.

Both candidates told Lee Montana Newspapers they will work to keep Montana’s coal economy running, though Quist, a Democrat, and Republican Gianforte split on whether President Donald Trump’s recent actions to encourage coal development were beneficial.

Quist, Gianforte and Libertarian Mark Wicks are vying to replace Interior Secretary Ryan Zinke as Montana’s only Congressman. Zinke resigned last month after being appointed to his cabinet position. Absentee ballots for a special election will be mailed April 28. Voting ends May 25.

“Montana has an opportunity to lead the nation in building an energy future that provides efficient and affordable energy sources,” Quist said. “And we need to support coal communities and keep good-paying jobs in our rural areas as the economy transitions.”

Quist framed coal’s future in the context of developing natural resources responsibly, including investment in clean coal technology, while also developing energy from wind, solar, biomass and geothermal sources, all of which are small players in the Montana energy production.

Federally subsidized projects to capture carbon dioxide from coal-fired power plants have been expensive, though large-scale projects haven’t materialized. But the science gets bipartisan support from coal state politicians.

Climate change drives the debate on clean coal technology as coal-state lawmakers attempt to keep coal a part of the U.S. energy future. A majority of scientists have concluded that carbon dioxide released by fossil fuels contributes to the trapping of the sun’s heat within the earth’s environment, which warms the planet causing adverse climate change.

“There's no doubt that climate change is real and affects Montana farmers and ranchers and our outdoor industry,” Quist said. “If we don't take action, this could have a serious impact on our farms, ranches, and our economy."

Gianforte does not think shutting down coal-fired power plants is a recipe that helps climate change.

“The climate is always changing. The reality is, the U.S. could shut down every coal-fired plant in the country and global CO2 emissions would have a negligible impact,” Gianforte said. “Even President Obama’s former EPA Administrator, Gina McCarthy, testified before Congress that U.S. action would have an insignificant impact on global CO2 emissions. It would be grossly irresponsible to eliminate over 7,000 Montana jobs and see little to no reduction in global carbon emissions.”

The job loss Gianforte cites is from a University of Montana Bureau of Business and Economic Research study of the consequences of shuttering Colstrip Power Plant. The estimate includes non-coal jobs lost as money from paychecks of power plant workers and miners stopped circulating in Montana’s economy. Part of Colstrip is slated to shut down no later than 2022, as a result of a lawsuit settlement concerning Colstrip air pollution.

However, there’s been a pivot in federal coal policy since Trump became president and Gianforte and other Republicans say coal’s prospects should improve.

New coal leasing was suspended in January 2016 by the Department of the Interior, which contended the public wasn’t getting a fair royalty price for its coal. The department estimated there’s a 20-year coal supply available without new leases, enough to keep mines from being coal-starved while the federal government established a more equitable royalty rate, while also considering coal's environmental impacts.

Opponents to the leasing ban had argued that the uncertainty surrounding future leases of government coal had a chilling effect on the U.S. coal industry.

Supporters of higher royalties argue that federal coal sales have been undervalued for years, costing the public $30 billion in profits as coal prices remained low.

Monday, Interior Secretary Zinke, Montana’s former at large U.S. representative, promised that federal royalties paid by coal companies would be more transparent to assure the public they were getting a fair royalty price.

“Montana will now have the opportunity to develop and sell more of its coal resources. This will put more Montanans to work, generate additional tax revenues for our schools and communities, and provide a reliable and affordable energy source for Montana families,” Gianforte said. “It's more important to be transparent and ensure coal developers have the certainty they need and that rates don't make coal development uneconomical as it’s important for job creation, tax revenue, and economic growth.”

Much of the debate around federal coal deals centered on Powder River Basin coal in Montana and Wyoming that was mined on federal land and sold to foreign buyers. Royalties were determined when the coal was sold at the mine, usually to a subsidiary of the company that mined the coal. But then the coal was shipped to seaports in the Pacific Northwest, where Obama’s administration argued the coal was sold again at a much higher price. It was the higher seaport price that should have been used for setting royalties, Obama’s Department of Interior argued.

“Congress must make sure taxpayers get a fair deal for leasing our natural resources for development,” Quist said. “Right now, multinational coal companies can get a sweetheart deal by selling coal to their own subsidiaries and paying low royalties — before jacking up the prices by the time it’s turned into the energy that powers our homes. These are public resources mined from public lands, and the public deserves our fair share.”

There are costs associated with shipping the coal to seaports that increase the sales price of coal by the time it’s sold to foreign buyers, Gianforte said. That sale price does not reflect the real market value of the coal.

While Montanans don’t have a vote in the U.S. House, where the bill to replace the Affordable Care is working its way through the process, the candidates to replace former U.S. Rep. Ryan Zinke have plenty to say about the legislation.

Montana Libertarians picked Mark Wicks of Inverness Saturday to run for the state’s lone U.S. House seat in a May 25 special election.

Gianforte undaunted by 2016 loss, seeks to pick up GOP votes in House race

Greg Gianforte had lost a brutal race for governor just days before David Vap bumped into him at a Bozeman dinner party. It was like the Repub…

Quist already striking a chord with Democrats in race for U.S. House

Rob Quist is about to get booed, maybe for the first time in five decades, on the public stage as he transitions from Montana music legend to …

With federal funding in doubt for key services in rural Montana, congressional candidates Greg Gianforte and Rob Quist are talking about what …

Bill sponsor: 'This is the only time I've ever seen NorthWestern Energy not get its way with legislaton'

Coal is loaded on to a nearly mile-long BNSF train at Signal Peak Energy’s Bull Mountain mine south of Roundup in 2009.