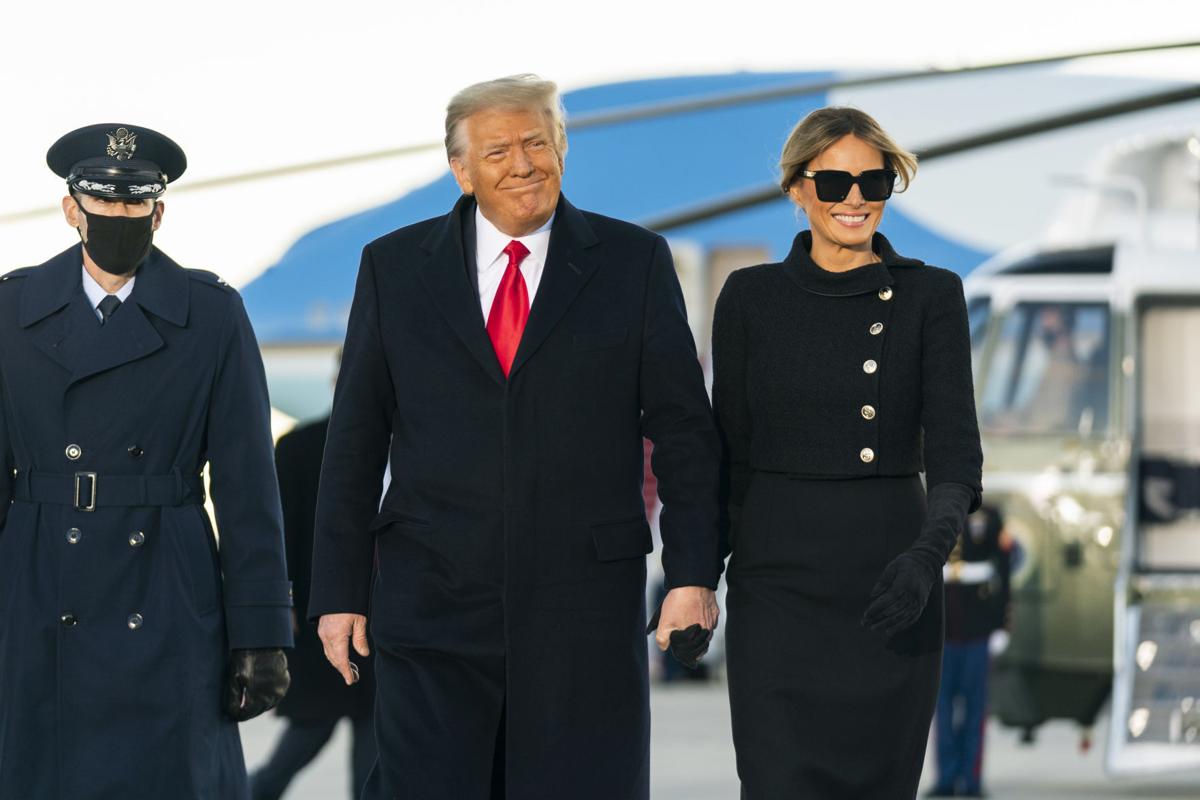 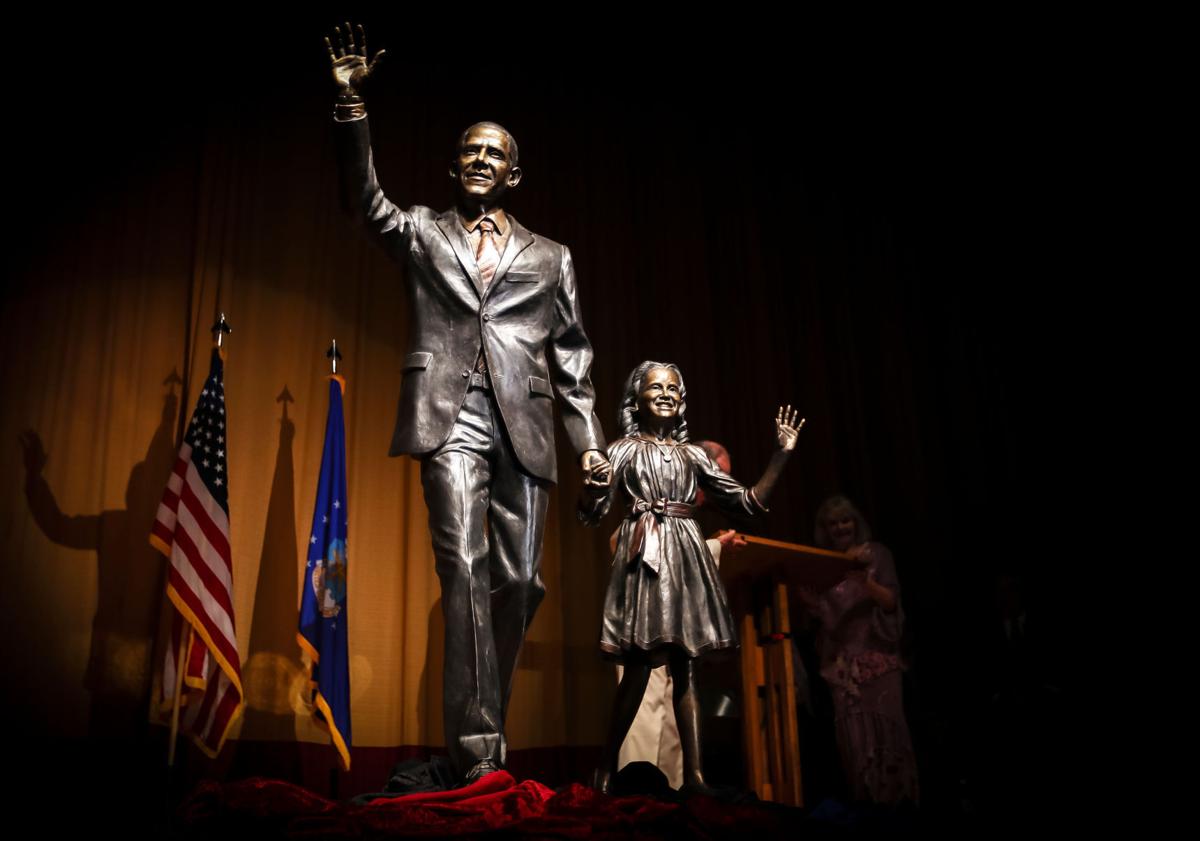 The statue of President Barack Obama and Sasha Obama was unveiled at the Elks Theatre in Rapid City on July 13, 2019. It was created by James Van Nuys.

As Donald Trump’s presidency ended, the City of Presidents was looking forward to his presence in downtown Rapid City.

Dallerie Davis, co-founder and artist liaison for the organization, said the project is in the concept stage and that Rapid City “absolutely, positively” will have a President Trump statue.

“We treat every president with respect for the office of the presidency,” she said Wednesday.

The statue will incorporate a couple of Trump’s distinct trademarks.

“Right now, we know we’ve got to deal with the very unusual hair style, and we know we’ll have to involve tweeting,” Davis said.

Twitter was a favorite means of communication for Trump throughout his presidential campaign and fours years in the White House. His most prolific day was June 5, 2020, when he tweeted 200 times.

A location has not yet been selected for the nation's 45th president. Davis said the City of Presidents has more than 80 street corners to choose from. The project also has not yet announced the artist who will create the bronze statue.

The statue’s location “will depend on what the statue looks like. We try to make it site specific so it will fit well in the location,” she said.

The City of Presidents is a privately funded series of life-sized bronze statues of nation's presidents. The project was launched in 2000 to honor past and future presidents and increase foot traffic in downtown Rapid City.

The most recent addition to the project is President Barack Obama. From concept to completion, the Obama statue was about two years in the making. The final design required the approval of The City of Presidents board of directors but specific details about the statue remained a closely held secret until the unveiling.

The statue depicting Obama and his daughter, Sasha, was officially unveiled on July 13, 2019. It was installed on July 15 near Trinity Eco Prayer Park on the corner of St. Joseph and Fourth streets. Obama's second term as president ended in January 2017.

South Dakota Gov. Kristi Noem on Thursday said she gave former president Donald Trump a $1,100 bust depicting the president on Mount Rushmore last year because she knew it was something he wanted to receive.

An Indiana woman said she climbed Mount Rushmore at night because she knows it’s not allowed, according to a report by a park ranger.

The statue of President Barack Obama and Sasha Obama was unveiled at the Elks Theatre in Rapid City on July 13, 2019. It was created by James Van Nuys.