Rosendale, seated in Congress just last week, initially called for Cheney’s resignation in a late Tuesday tweet saying that Cheney had backed the president’s impeachment without notifying Republicans in advance. Cheney, chairwoman of the Republican Conference, is the third-ranking member in the House.

“She is weakening our conference at a key moment for personal political gain and is unfit to lead. She must step down as conference chair,” Rosendale tweeted Tuesday evening.

Cheney and nine other Republicans voted with Democrats to impeach Donald Trump for incitement of insurrection. It was the second time Trump has been impeached and the first time Republicans joined the cause.

Announcing her decision Tuesday afternoon, Cheney said Trump had incited the mob that assaulted the Capitol on Jan. 6. As the deadly riot unfolded, Trump could have "immediately and forcefully intervened to stop the violence," but didn't.

"There has never been a greater betrayal by a President of the United States of his office and his oath to the Constitution," Cheney said in a statement Tuesday.

Wednesday, Cheney told the Wyoming press some votes should never be partisan.

As expected, Rosendale opposed impeaching Trump. Monday, he said “the American public is confronted with Democrats’ false claims of a national crisis that requires President Trump’s immediate removal from office.”

Rosendale does recognize the danger of the Jan. 6 riot. Asked if the representative has brought a gun to work, Rosendale's spokesman Harry Fones, said Rosendale is working on the paperwork required to carry a weapon. Guns at the Capitol have been in the news since Jan. 4 when Colorado freshman Republican Rep. Lauren Boebert, of QAnon fame, posted a campaign video announcing that she would be taking her Glock to work. Congress allows lawmakers to bring guns to their offices, but not on the House floor. The District of Columbia requires a permit, the paperwork Rosendale needs.

The Montana GOP issued a press release backing Rosendale’s position on the vote, saying that impeaching the president “only renews the divide many are trying to bridge following Congress' certification of the 2020 election, and further demonizes the hundreds of thousands of Montanans that supported President Trump's candidacy.” The statement was attributed to GOP Chairman Don Kaltschmidt.

The Washington Post picked up Rosendale’s late Tuesday tweet calling for Cheney to step down. Montana’s congressman was a split second behind Arizona Rep. Andy Biggs in demanding Cheney lose her powerful post. Wednesday, the Montana congressman and others were gathering support for Cheney’s removal, said Fones.

“Talking to the members, I think a lot of people in Republican circles were just very shocked by this, not coming to conference about this, not prepping stuff. Coming out for it, just kind of blew a lot of people away,” Fones said.

Biggs has been on the attack against Republicans calling for Trump’s removal, but he’s also in the hotseat after a video showing right-wing activist and felon Ali Alexander crediting Biggs and two other House Republicans for planning the Jan. 6 protest that lead to a deadly assault on Congress.

Several media outlets Wednesday shared the video in which Alexander said that he had schemed with Reps. Biggs, Mo Brooks of Alabama, and Arizona’s Paul Gosar to assemble the Jan. 6 event intended to “change the hearts and minds of Republicans who were in that body, hearing a loud roar from outside.”

Biggs and Brooks told the Washington Post on Wednesday that they didn’t work with Alexander. A YouTube report by the Intercept, showed Alexander in December making the connection to the lawmakers at a December rally in Arizona, during which Gosar assured the crowd if they come to the Jan. 6 event at the Capitol, Donald Trump will be president four more years by the time they go home.

Arizona had been at the epicenter of Republican efforts not to recognize Electoral College results. It was a state Trump not only expected to win, but was outraged when conservative cable network Fox News announced early that Biden won Arizona. After winning Montana by 10 points, members of Sen. Steve Daines' campaign team headed to Arizona to “stand with Donald Trump and defend the integrity of our elections,” the senator’s chief of staff, Jason Thielman, tweeted early Nov. 5.

Both Rosendale and Daines went into joint session Jan. 6 intending to exclude Arizona from the certification of the 2020 Electoral College results insisting there was voter fraud where claims had already been proven false. Daines reversed course after the deadly insurrection.

Several affidavits attached as proof of fraud to lawsuits filed by Trump’s legal team or his supporters didn’t hold up to scrutiny in court. Dozens of lawsuits attempting to overturn results in key swing states have been thrown out.

The successful article of impeachment against Trump cited the president’s repeated false statements asserting that the presidential elections were the product of widespread fraud not to be accepted by the government or the public. Additionally, the article charged Trump with urging Georgia’s secretary of state, Brad Raffensperger to “find” enough votes to overrun the Georgia election, eventually threatening Raffensperger if the secretary didn’t do so.

Cheney and nine other Republicans found the articles credible. There were Republicans who backed Cheney’s choice and objected to the calls for her to step down. Republican leadership chose not to whip the vote in order to nail down commitments before the impeachment session.

It’s not clear what “personal political gain” Cheney might have in Trump’s impeachment. A YouGov poll of 1,397 American voters commissioned by the Economist after the Jan. 6 assault on Congress showed that nearly half of Republicans supported the assault. Asked if Trump supporters storming the Capitol were more peaceful or more violent, 58% said more peaceful. Wyoming is a solidly Republican state.

Here's how badly space affects the blood of astronauts

WH: Russia could 'at any point' attack Ukraine

WH: Russia could 'at any point' attack Ukraine

Insane base jumpers leap blind from cloudy cliff in Italy

Insane base jumpers leap blind from cloudy cliff in Italy

'It's coming directly towards us:' Eyewitnesses capture Florida tornado that left hundreds displaces

'It's coming directly towards us:' Eyewitnesses capture Florida tornado that left hundreds displaces

On impeachment, Cheney says some votes 'should never be partisan'

"I will continue to talk to and hear from my constituents all over Wyoming," Cheney told the Wyoming press corps Wednesday. "But when it came down to it, the president the United States incited a mob to attack and interrupt the democratic process."

Some Trump loyalists in Congress have demanded Rep. Liz Cheney be removed from her leadership position in the House.

U.S. Sen. Steve Daines did an about face Wednesday night and recognized the presidential election outcome of all states, joining a majority of…

Guest opinion: Daines should resign after desecration of Capitol, democracy

A violent mob seems to have gotten Senator Steve Daines’ attention. Please ignore his own role in its creation.

In the days after a rally in Washington, D.C., escalated into a deadly riot that had members of Congress sheltering in place, local teachers and parents didn’t shy away from the facts or fears the emerged from the Jan. 6 melee.

Liz Cheney voted to impeach the president. What will it mean for her political future?

Some Republicans say Rep. Liz Cheney's vote to impeach President Trump will come back to haunt her career. Others say she remains one of Wyoming's, and the nation's, most formidable politicians.

Montana’s congressional delegation will attend Democrat Joe Biden’s inauguration Wednesday. But, at least two of the lawmakers won’t be attend…

Montana’s congressional delegation, divided on accepting the election results of all the states just two weeks ago, congratulated President Jo…

Some businesses pausing campaign contributions after riot were Daines donors

According to social media posts, Gaetz – a longtime Cheney critic and Donald Trump supporter — will be travelling to the Wyoming Capitol this week to speak out against Cheney.

U.S. Rep. Matt Rosendale will serve on the Natural Resources and the Veterans Affairs committees, which are both important to Montana. 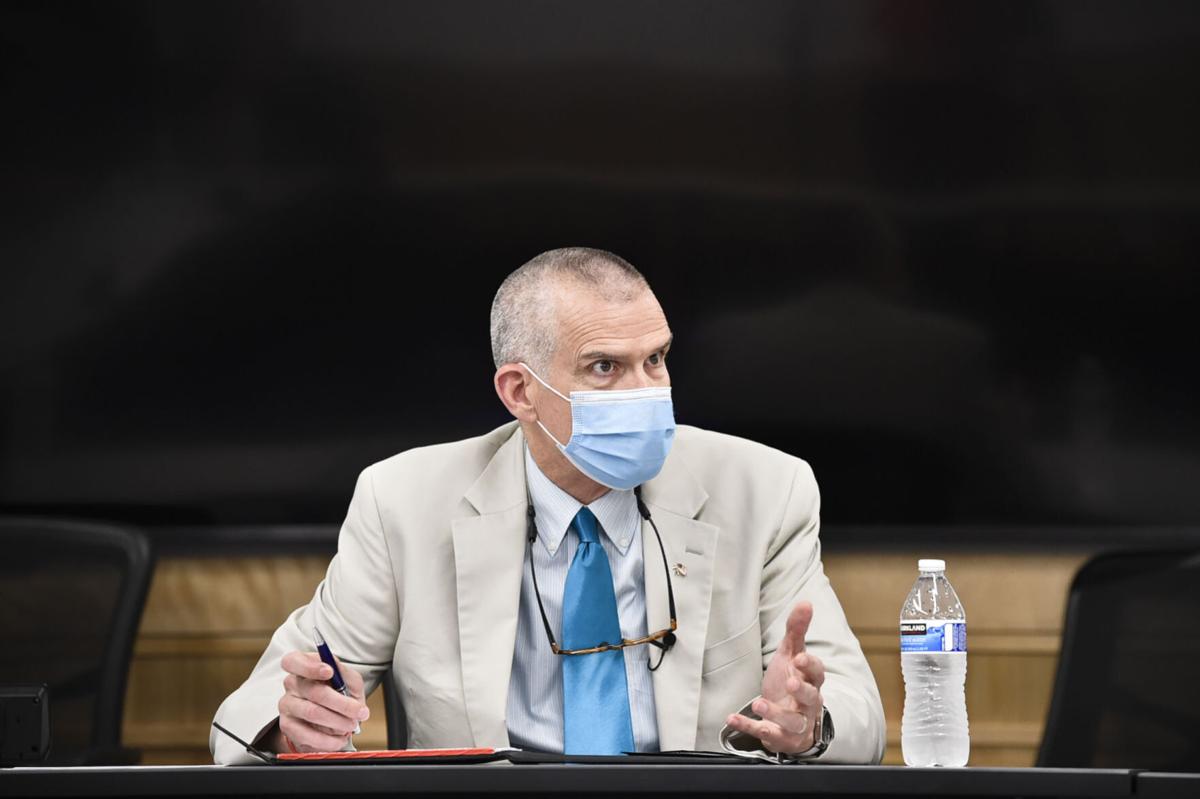 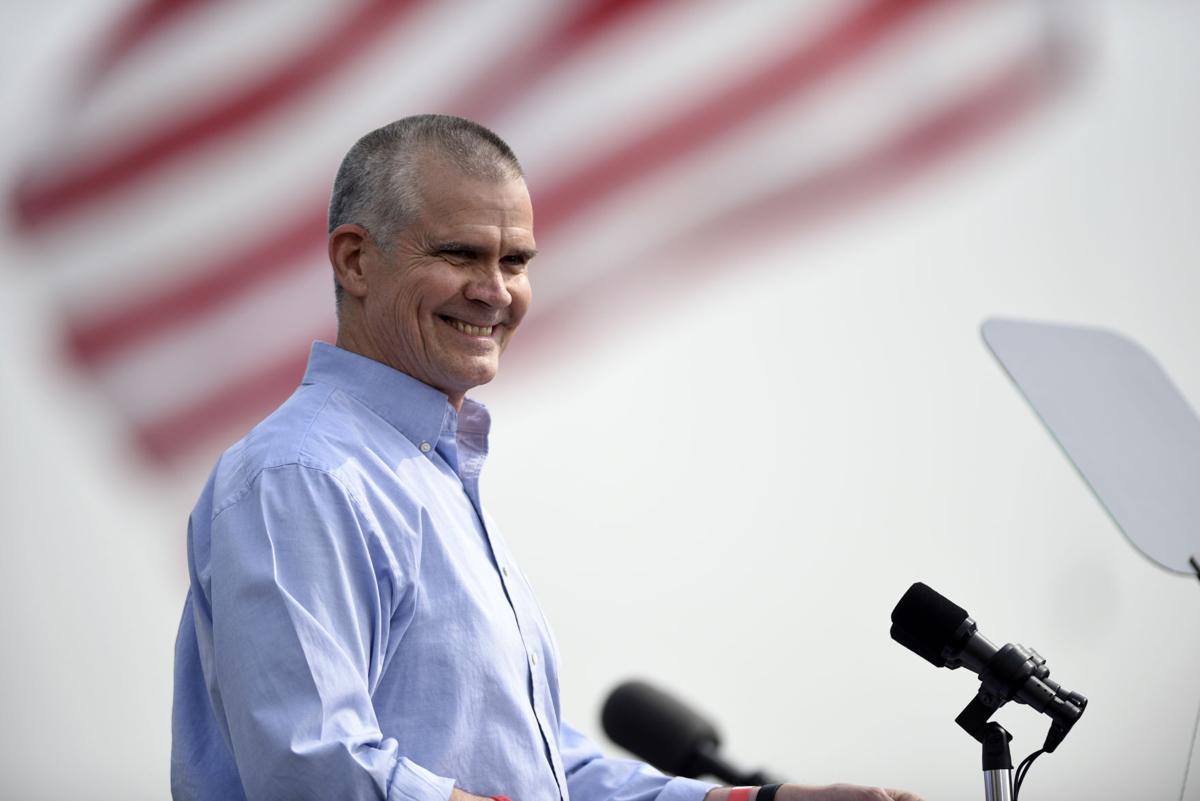 Matt Rosendale smiles while speaking to the audience at a GOP rally on Sept. 14, 2020, at the Big Yellow Barn in Belgrade. On Wednesday, Rosendale voted against holding Mark Meadows in contempt of Congress.