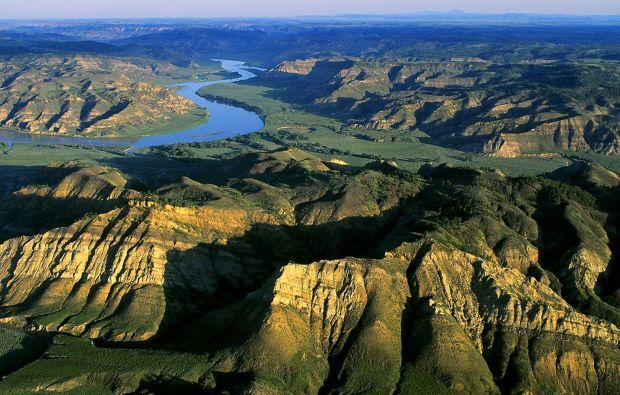 The national monument on Montana's Upper Missouri River Breaks covers about 377,346 acres of federal land, including the Breaks country north of the river. 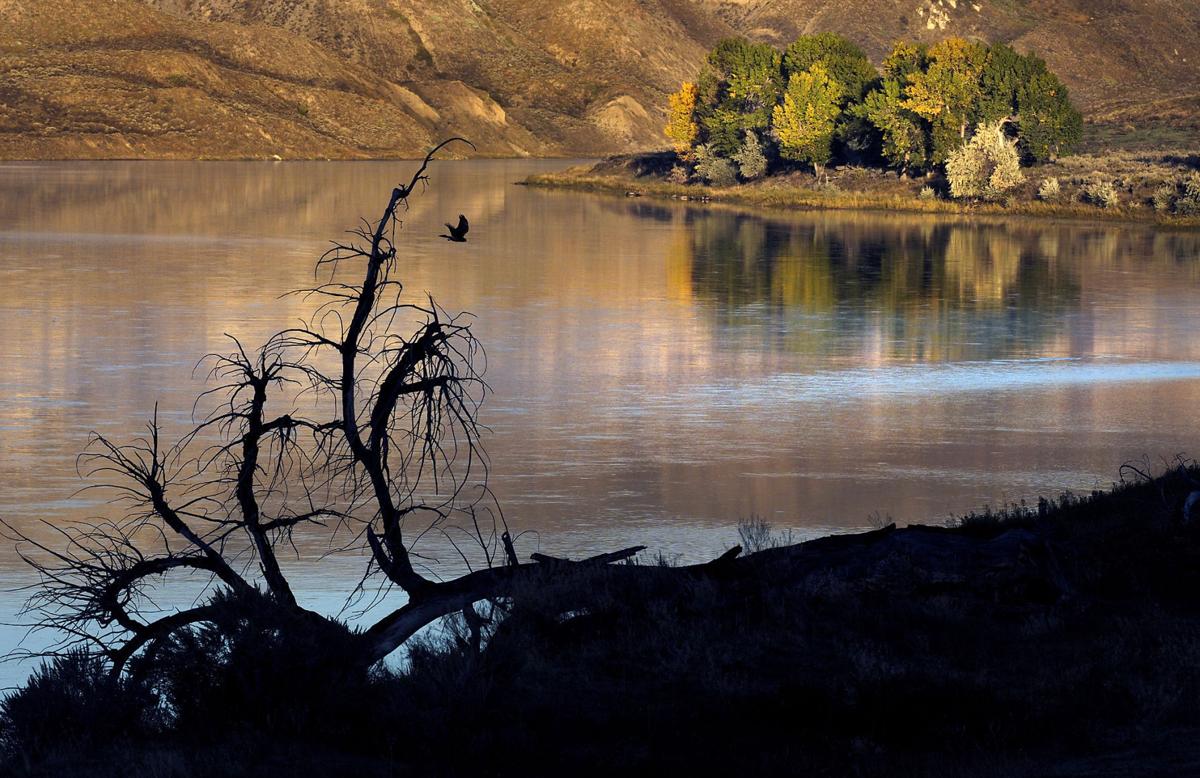 The Wild and Scenic designation of the Missouri River stretches 149 miles from Fort Benton downstream to the Charles M. Russell National Wildlife Refuge. 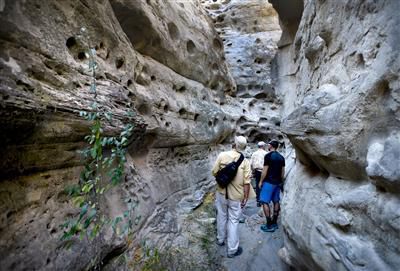 A group of hikers makes their way through a slot canyon near the Eagle Creek campground on the Missouri River. "Pick a coulee and go see what's up there," encourages Mark Schaefer, BLM's supervisory outdoor recreation planner for the Upper Missouri River Breaks National Monument. "Everybody looks up into the White Cliffs, but nobody ever goes up in them."

Trump is expected to call for a review of all national monuments declared over the last 21 years. The review would include the Upper Missouri River Breaks National Monument, created by President Bill Clinton on Jan. 17, 2001, less than a week before George W. Bush took office.

Opponents to the Clinton designation said a review was in order. Others worried the order would lead to an erosion of federal public lands policy.

“I would be in favor of overturning it,” rancher Matt Knox said of the monument that surrounds several acres of his place. “These designations are kind of a magnet for lawsuits by these environmental groups.”

The Upper Missouri River Breaks area includes 149 miles of the Upper Missouri River from Fort Benton downstream to the Charles M. Russell National Wildlife Refuge, and adjacent federal lands mostly owned by the Bureau of Land Management and portions of Arrow Creek, Antelope Creek and the Judith River. The monument covers about 377,346 acres of federal land, including the Missouri Breaks country north of the river.

Life within the monument area changed very little. Cattle still graze on private property and state and federal lease land. Ranchers were able to negotiate continued cattle grazing into the monument framework. But it’s the way the monument came into being that frosts opponents.

Knox said there wasn’t enough local input before Clinton made the monument designation. Clinton made last minute monuments designations in five states and the U.S. Virgin Islands as the clock ran out on his presidency. Presidents are allowed to designate monuments under the Antiquities Act without congressional approval.

Robert Poertner, of the Missouri River Stewards, said Clinton was trying to build a public land legacy before exiting the White House and pushed the monuments through so last minute that the Federal Register had to publish over the weekend to finalize the designations before Bush was inaugurated. People don’t realize how much private land wound up in the Missouri Breaks monument, he said.

“When you see the big outline on the map, what you don’t see is that 80,000 acres of it is private land,” Poertner said.

Like Knox, Poertner sees a bigger threat in what the monument might mean to central Montana property owners in the future, rather than what it’s meant so far. He worries that some bigger federal action might be on the horizon. That’s a palpable fear in these parts, where former U.S. Rep. Denny Rehberg, a Republican, warned voters of an even bigger designation under President Barack Obama. Obama never fulfilled that prophecy.

There’s no reason to fear a review, said Tim Dwyer, of Friends of the Missouri Breaks Monument. The monument was done right. But what Trump's anticipated order might mean to the Antiquities Act is a concern.

“It’s not necessarily a direct threat, but it is an indicator that there might be an attack on the Antiquities Act and that’s a major tool for preserving public land,” Dwyer said.

When designating the central Montana monument, Clinton said the Breaks is the only major portion of the Missouri River to be protected and preserved in its natural, free-flowing state. The area also is the premier segment of the Lewis and Clark National Historic Trail.

Clinton also designated Pompeys Pillar a national monument with the same 2001 designation. That move was more popular. The 150-foot tall sandstone formation on the banks of the Yellowstone River is where Capt. William Clark carved his initials on July 25, 1806, while returning from the Pacific Ocean. The signature is the only remaining physical evidence of the 1804-06 Lewis and Clark Expedition. Clark named the rock after Sacajawea’s infant son, Pomp.

Interior Secretary Ryan Zinke, Montana’s former Republican representative in the U.S. House, will be the person in charge of reviewing monuments under Trump’s directive. The Department of Interior did not respond to a request for comment Monday.

However, Zinke told Lee Montana in March that Trump had the ability to review and change monuments created by previous presidents.

"There’s no doubt that a president can modify a monument that has been done before. There’s precedent in that,” Zinke said. “I think what the goal is on monument designation is to make sure you have local, and state, broad support of the people who live there, the people who are most affected by the monument.”

Montana’s U.S. senators both said a review of current national monuments was worthwhile.

“I don’t think there’s any harm popping the hood and taking a look to make sure things are working for folks in rural America,” U.S. Sen. Tester, D-Montana, said “However, if the outcome rolls back public access and undermines the outdoor economy surrounding these treasured places, I’ll be the first person to defend our Montana way of life.”

“Local land use decisions should come from the folks who live and work on the land every day, not out-of-state bureaucrats,” Daines said. “I’m glad to see President Trump scrutinize the use of the Antiquities Act to ensure that farmers, ranchers, sportsmen, community members, state and local governments have a say in local land decisions.”

News of Trump’s pending executive order broke in the Salt Lake Tribune, which is covering the disputed Bears Ears National Monument designation by Obama. Republicans in Congress have opposed the designation. Sen. Orrin Hatch, R-Utah, told constituents that the national monument issues surrounding Bears Ears would be fixed by the current administration.

The Bears Ears area includes more than one million acres of land sacred to Native Americans. It houses thousands of archaeological sites, including ancient cliff dwellings.

For the second time in history, the annual national meeting of the Lewis and Clark Trail Heritage Foundation will be held in Billings.

The national monument on Montana's Upper Missouri River Breaks covers about 377,346 acres of federal land, including the Breaks country north of the river.

The Wild and Scenic designation of the Missouri River stretches 149 miles from Fort Benton downstream to the Charles M. Russell National Wildlife Refuge.

A group of hikers makes their way through a slot canyon near the Eagle Creek campground on the Missouri River. "Pick a coulee and go see what's up there," encourages Mark Schaefer, BLM's supervisory outdoor recreation planner for the Upper Missouri River Breaks National Monument. "Everybody looks up into the White Cliffs, but nobody ever goes up in them."