Subscribe
Read Today's E-Edition
Share This
What's the Right to Try Act and how does it apply to unapproved COVID-19 treatments?
0 Comments
Share this
Holly Michels

In a voicemail to a Helena hospital over the treatment of a COVID-19 patient, Montana Public Service Commissioner Jennifer Fielder last month cited a previously not-well-known law that opens the door for some terminally ill patients to access investigational drugs.

The Right to Try Act can reference both the law passed in Montana as well as federal statute. The federal legislation was signed into law in 2018; Montana's in 2015.

Instead, it allows for a manufacturer of an experimental drug to make the medication available to a terminally ill patient. The law also says a patient must have considered all other approved treatment options and received a recommendation from the health care provider treating them for use of the experimental drug.

The law also includes several other requirements, including an attestation that the patient concurs with the doctor treating them that all currently approved and conventionally recognized treatments are unlikely to prolong their life.

In a report produced by the state Legislature’s special counsel investigating a dispute where three public officials got involved following the hospitalization of a patient with COVID-19 who requested ivermectin and hydroxychloroquine, “right to try” was referenced twice.

A Montana Highway Patrol trooper dispatched at the request of Deputy Attorney General Kris Hansen interviewed the patient’s family at the hospital. According to the report, the patient’s daughter said she had concerns “that the patient is not being given a 'right-to-try’ ‘alternative’ medications prescribed by outside providers."

In the voicemail from Fielder, left with the hospital’s Risk Management Office, the commissioner argued under state law the patient had "a right to try" "alternative medications" in an effort to obtain “lifesaving care.”

Fielder also said the patient was of “sound mind” and had requested “ivermectin and hydroxychloroquine” but the hospital’s doctors would not prescribe them, the report states. Fielder went on to say a “doctor in Havre” would “prescribe these ‘medications to the patient,’” according to the report.

Family of the patient, who has since died, previously said they felt the state's "right-to-try" laws allowed a patient to receive any drugs, although the law, passed in 2015, does not require a doctor to prescribe or administer any treatment at a patient's request.

In a recent newsletter from the Montana Medical Association obtained by the Montana State News Bureau, Justin Cole, a partner at Garlington, Lohn, & Robinson, PLLP, wrote “in short, the ‘Right to Try’ Act under either federal or state law does not compel a provider to prescribe any particular medication or therapy.”

Cole went on to write the act “does not create substantive rights for a patient to compel a provider to administer any given medication. Rather, it permits a provider to either prescribe or not prescribe, providing immunity for the provider, in either case, based on a narrow set of circumstances that must be met before the Right to Try Act applies.”

The act, Cole continued, “should not supplant a provider’s medical decision-making (whether to prescribe or not prescribe certain medications or therapies) within appropriate standards of care, based on the facts and circumstances presented to the clinician.”

The Montana Right to Try law requires a patient to have received a recommendation for a drug from their treating health care provider, among other requirements.

Ivermectin is a drug that's become controversial recently, as some have used it to treat COVID-19 though the FDA says it should not be used for that.

The drug is used in humans to treat infections caused by parasitic worms, as well as for things like head lice and rosacea. It is also used as a livestock de-wormer.

During a Nov. 16 legislative interim committee in an exchange with Montana Department of Public Health and Human Services Director Adam Meier, Sen. Theresa Manzella, R-Hamilton, raised the issue of patients requesting drugs not approved for the treatment of COVID-19.

Manzella told Meier she had heard from "several people" in hospitals who were concerned about being denied certain drug treatments they requested from doctors. She later specified these people had been denied ivermectin and hydroxychloroquine, another drug the FDA cautions against the use of to treat COVID-19, after treatments doctors had prescribed were not bearing results.

"I'm just trying to understand why that would be the case and who gets to make these types of decisions if it's not the citizen's right to self-determination," Manzella asked Meier. "How do we arrive at these decisions?"

Manzella also questioned how hospitals could be paid higher rates to administer some drugs over others, and whether a law or agency rules allow such incentivization. Meier said different rates are paid for different pharmaceutical drugs, like filling fees, but not to physicians for referring one drug over another.

In a phone interview Monday, Manzella said her exchange with Meier was not a specific reference to the incident at St. Peter's Health, but that she was asking generally about practices. Manzella later in a text message said she has received calls from people in four different hospitals alleging their preferences in protocol are not being honored, but declined to name the hospitals as the allegations were unconfirmed.

She did not immediately respond to a question about whether or not she agreed with Meier's response indicating the physician has the choice regarding what drugs and protocols to administer.

The Associated Press reported in October that Manzella had questioned why the St. Peter's patient's "right to dignity, self-determination and right to try" were not being considered, but that she did not speak to anyone in person.

What does it mean to be a good COVID citizen? 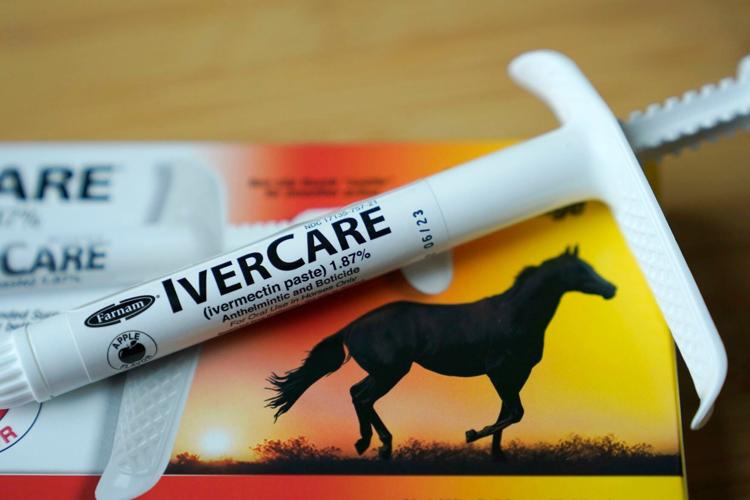 In this Sept. 10, 2021, file photo, a syringe of of ivermectin — a drug used to kill worms and other parasites — intended for use in horses only, rests on the box it was packaged in, in Olympia, Wash. 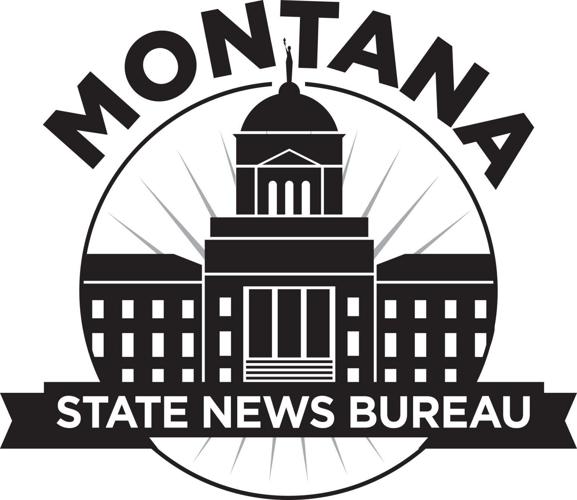