The 5,830-square-mile Bitterroot Recovery Zone is one of six federally designated recovery areas for grizzly bears, but the only one with no confirmed resident grizzlies.

The U.S. Fish and Wildlife Service considered transplanting grizzlies there, but shelved the plan in 2000. Since then, a few grizzlies have made forays into the region. Others have moved through the nearby Sapphire and John Long Mountains east of the Bitterroot Valley and explored Montana’s Big Hole Valley farther south. 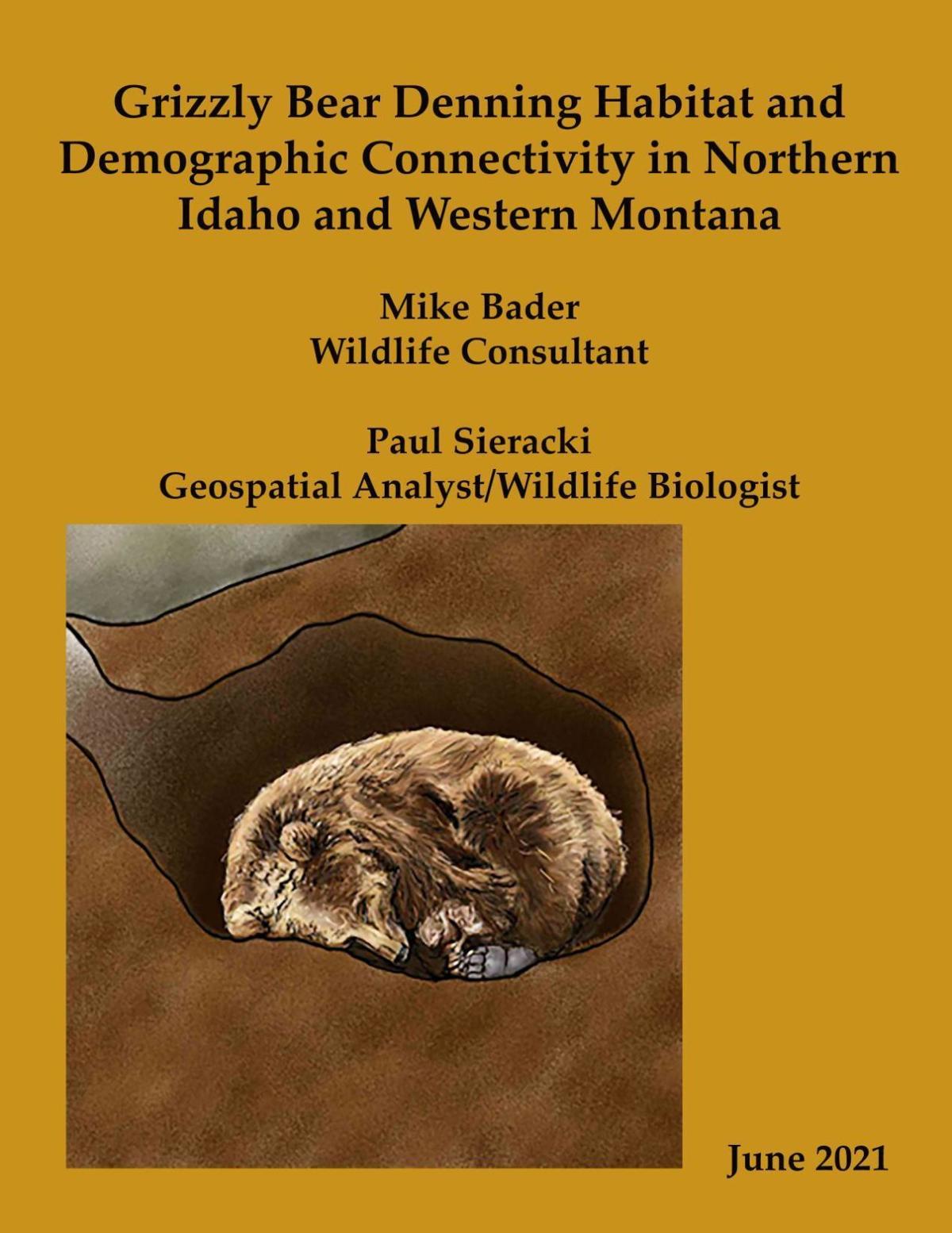 “Idaho on a percentage basis has the most potential suitable grizzly habitat of any state in the western United States,” said David Mattson, a grizzly researcher in Livingston, who released “The Grizzly Bear Promised Land: Past, Present and Future of Grizzly Bears in the Bitterroot, Clearwater, Salmon and Selway Country” last week.

“It’s equal to what’s realized in Greater Yellowstone and the Northern Continental Divide in the number of bears that could be supported,” Mattson said.

Those two recovery areas, anchored by Yellowstone and Glacier national parks respectively, together hold almost 2,000 grizzly bears. When the bear earned Endangered Species Act protection in 1975, only between 300 and 600 grizzlies were estimated to survive south of the Canadian border.

The wild country of the Bitterroots could help link those two more successful areas, as well as support its own grizzly population. However, a study by the Flathead-Lolo-Bitterroot Citizen Task Force concluded that certain travel corridors need attention if the bears are to successfully expand there.

“Just sending males around doesn’t do anything," Bader said. "Connectivity models must be based on females and what they need.”

Bader and geospatial analyst Paul Sieracki defined the kind of steep mountainsides that grizzly sows typically choose for winter hibernation dens and then identified all the potential places they might use in the Bitterroots and surrounding mountains.

They found that the Nine Mile area west of Missoula has particular attraction for both denning and as a connection between bear populations to the north and the Bitterroots. They also identified corridors through the Sapphire and John Long mountains that grizzlies appear to be using to reach the Big Hole and potentially, the Yellowstone area. 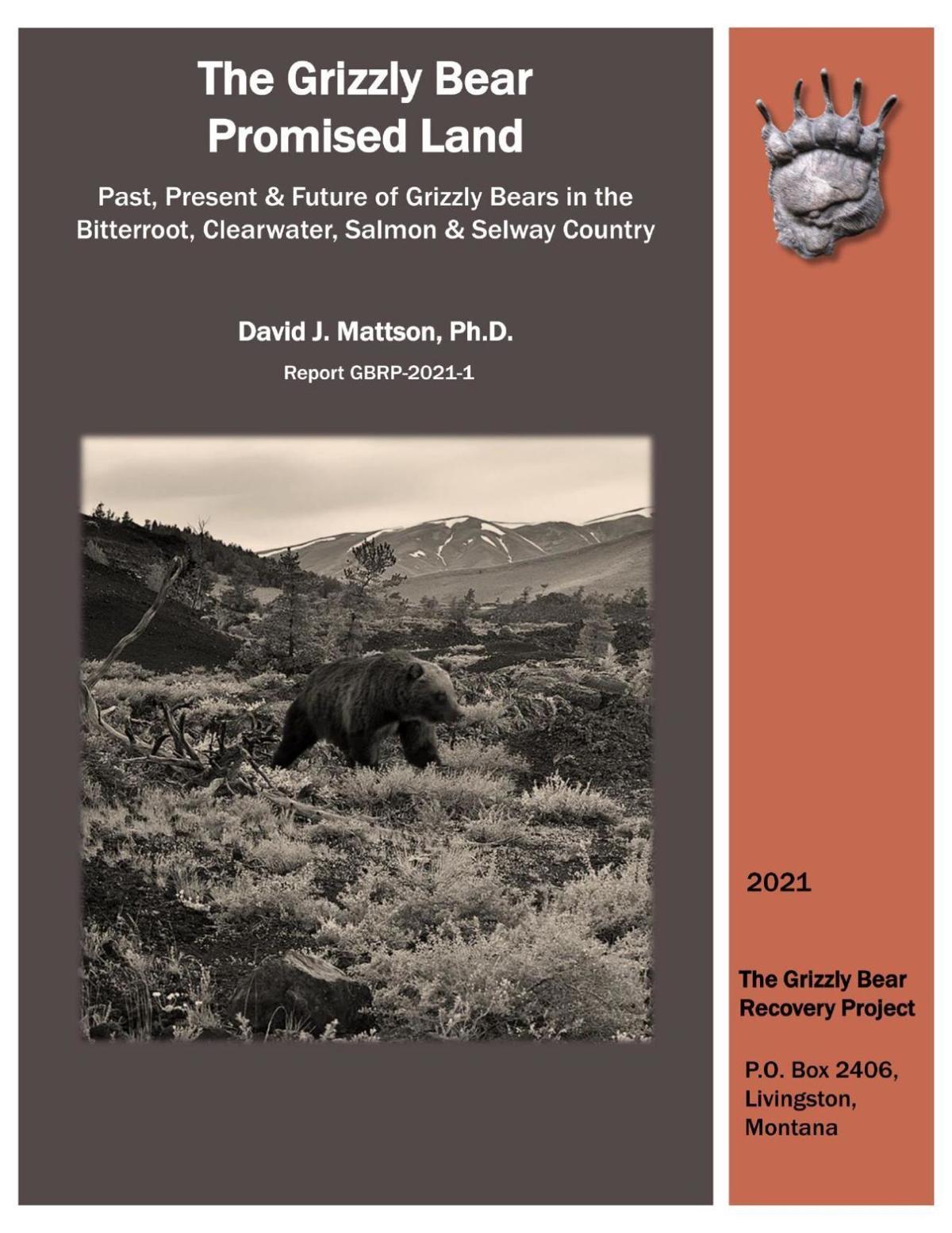 However, those connection areas could bring bears into conflict with ranchers who use extensive public-land grazing allotments in Montana, as well as U.S. Forest Service timber and travel management plans on the Idaho side. The Nez Perce-Clearwater National Forest is in the final stages of approving its long-range forest plan, which will have major influence on human activity in that Bitterroot grizzly recovery area.

Another question is the status of the two reports. Neither have been published in a mainstream scientific journal, although Bader said his is going to be submitted for publication. Journal publication is usually considered the standard for using research in policy decisions.

Mattson countered that his paper synthesizes a wide swath of published journal research, and his past work has also been officially considered in legal and policy debates. Bader added that state wildlife agencies also contribute in-house research that hasn’t been journal-published.

The Interagency Grizzly Bear Committee’s summer meeting takes place virtually on June 15-17. Its agenda has not yet been posted.

The Robertson Draw fire burning south of Red Lodge grew to 21,000 acres by Wednesday morning, and officials have determined that the fire was …

DNRC grounds all aircraft after helicopter crash at fire scene

In the wake of Tuesday's helicopter crash with five people aboard, the Montana Department of Natural Resources and Conservation has instituted a safety stand down of all of its aircraft for 48 hours out of an abundance of caution, officials said Wednesday.

Crews recovered the body of a Lovell, Wyoming teen in the Bighorn Canyon National Recreation Area who went missing in the water Friday.

“Due to the extreme weather today, we are also trying to make it known that this fire has the potential to spark into the Main Fork of Rock Creek.”

Montana has added 332 new cases of COVID-19 over the past week, and confirmed 10 more deaths.