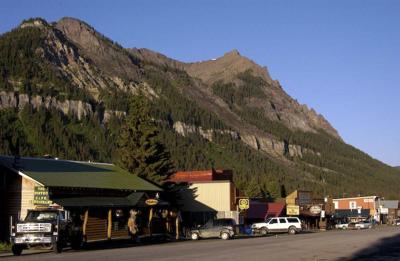 CODY, WYO. — Montana business owners and residents in Gardiner, Cooke City and Red Lodge joined with Wyoming colleagues in Cody recently to discuss how to ensure winter access to each other’s communities and to Yellowstone National Park after record flooding last month. The flooding washed out bridges and roads throughout the region and left the park’s north and northeast entrances closed to tourist traffic.

Citing June’s catastrophic floods and the possibility of being cut off from automobile access to food, medical care and essential supplies this winter, members of the newly formed Park Access Recommendation Committee (PARC) said they plan to meet sometime in August with public officials in Montana and Wyoming to develop a plan to plow an 8-mile section of U.S. Highway 212 traditionally left unplowed for use by recreational snowmobilers.

PARC members said during their online meeting that if repairs to heavily damaged sections of the Northeast Entrance Road between Cooke City and Gardiner are not completed by winter, U.S. Highway 212 would be the only option for residents to connect by auto to the outside world. They are also looking for additional winter tourism from auto visitors to help make up for an abysmal summer to date.

“This is a matter of survival for us,” said Terri Briggs, owner of the Big Moose Resort and president of the Cooke City Chamber of Commerce, which also serves the nearby Silver Gate and Colter Pass communities, all of which are unincorporated. Briggs said a Chamber survey found business was down 50-70 percent so far this summer for most local merchants.

PARC member Michael Keller said winter access out of Cooke City “is a critical life, safety and wellness issue,” and that he wasn’t certain that road repairs through the Lamar Valley could be completed in time. Keller is general manager of Yellowstone National Park Lodges, operated by Xanterra Parks & Resorts, the park’s primary concessioner. He also is treasurer of the Gardiner Chamber of Commerce and a director on the Wyoming Tourism Board.

The Park Service has been unable to give a solid timeline for repairs, and likely won’t be able to until at least after Labor Day, Keller said.

For decades, the National Park Service has plowed the Northeast Entrance Road through the Lamar Valley, connecting Gardiner and nearby park headquarters in Mammoth Hot Springs, Wyo. to the remote mountain communities of Silver Gate and Cooke City, which lie just outside the park’s Northeast Entrance.

The Wyoming Department of Transportation and Park County, Wyo. have traditionally plowed the Chief Joseph Scenic Highway and a section of U.S. Highway 212 to Pilot Creek, a little more than 4 miles south of the Montana border and just over 8 miles southeast from Cooke City. That has allowed snowmobilers coming from Wyoming to use a parking area at Pilot Creek for parking trucks and trailers, and the 8-mile section of unplowed road to access a network of backcountry trails in the Beartooth Mountains around Cooke City.

The idea of plowing Highway 212 all the way to Cooke City—“plowing the plug”— has come up previously, often cited as a way to increase winter tourism in the region by allowing auto travel from Gardiner to Cody. Proponents say wolf watching, skiing, snowshoeing and ice climbing are Cooke City area activities unavailable to those arriving from the Wyoming side, except by snowmobile.

But the plug has remained unplowed, in part because of the actual or perceived financial, logistical and jurisdictional complications of clearing a remote section of alpine highway that runs through two counties, two national forests and two states.

Snowmobilers have been vocal and persistent in their opposition to plowing, arguing that it would limit some of their trail access and complicate parking, among other issues. Opponents of plowing the plug—mainly snowmobilers and some businesses that rely on them—have also claimed previously that most in the Cooke City area would prefer the highway to remain unplowed.

While that may have been true in decades past, a number of separate surveys over the last few years conducted by the Cooke City Chamber of Commerce and others, have consistently shown a 60-70 percent majority of local residents who want the plug plowed. Winter tourism business from snowmobilers has also been slowly but steadily dwindling in recent years, some PARC members said.

“No one wants snowmobilers up here more than us,” said PARC member Timmy Weamer, owner of Cooke City Exxon. Weamer said his group will work to ensure continued snowmobile access to trails using the right of way at the outside borders of the plowed section of Highway 212, as is routinely done near places like Island Park, Idaho; Togwotee Pass, Wyo.; and Big Sky, Mont.

“This isn’t about just access for snowmobiles to Cooke City. It’s about our access out and other visitors being able to get through to Cody and Red Lodge,” Weamer said. “Right now, in winter, you have to tell cars to turn around.”

Weamer’s father, Tim Weamer, lives in Red Lodge, where he said summer business has been down about 40 percent so far. He handles marketing for the Red Lodge Chamber of Commerce and serves as a board member for the Yellowstone Country region of Visit Montana, the state tourism agency.

“From the Red Lodge standpoint, we agree with (plowing the plug)” he said during Monday’s meeting. Additional auto traffic coming from Gardiner and points north through Cooke City and on to Cody and Red Lodge would add to the winter economies in all of those communities, he said.

Bruce Sauers, director of revenue for the Buffalo Bill Center of the West in Cody, said during Monday’s meeting that museum numbers are down about 20 percent so far this summer.

“We are faring better than most, but it’s still a significant impact for us,” Sauers said. “There are vacancy signs up everywhere, lodging rates are down and I think everyone on this call has felt an impact.”

PARC members said they want the plug plowed to ensure short-term critical access this winter, but also with an eye toward long-term regional tourism development in the years ahead. But they said they share the same goal as snowmobilers in working now to ensure the best access to trails this winter if the plug is plowed.

In a July 20 letter from the Wyoming State Snowmobile Association to Wyoming Gov. Mark Gordon, group president Brenda Miller wrote that if repairs aren’t completed in time, “we fully understand that [the plug] will have to be plowed this winter to provide highway access into Cooke City.”

Miller said that if the plug is plowed, “we request that your office help ensure every available effort is made to establish an alternate off-highway route for the existing snowmobile trail which would be displaced from that section of Highway 212.” Her letter opposed plowing the plug if repairs are completed.

Keller, the PARC member and Yellowstone general manager for Xanterra, said it was important to start work now to sort out how any changes would work.

“We’re not sure yet who would be responsible for maintaining that road for cars and ensuring access for snowmobiles, or what all that would look like,” he said. “So we need to start now. The clock’s ticking.”

Temporary efforts to restore public access are ongoing near Gardiner and Cooke City, Montana, where the gates remain closed to vehicles. Permanent repairs to the roads are expected to take years.

Saturn shines bright throughout the month of August

Study: Ancient sponges were the first 'sneezers' hundreds of millions of years ago

Study: Ancient sponges were the first 'sneezers' hundreds of millions of years ago 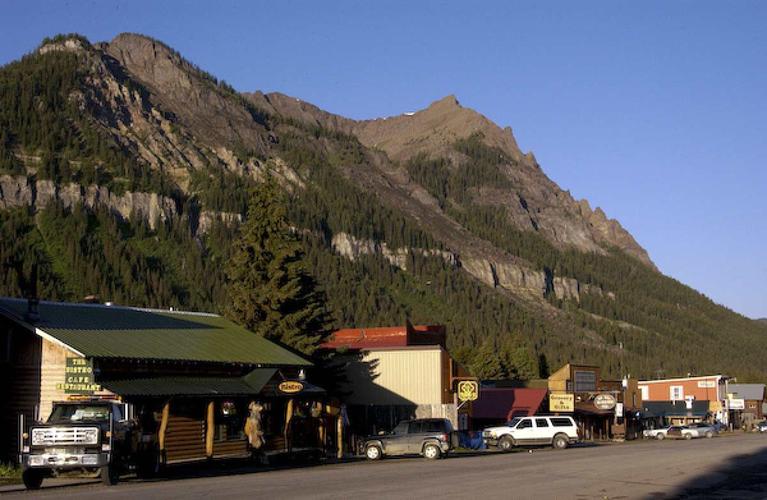 Downtown Cooke City, Montana, relies heavily on summer tourism traffic, which has not materialized this year after floods closed the Northeast Entrance to Yellowstone National Park. 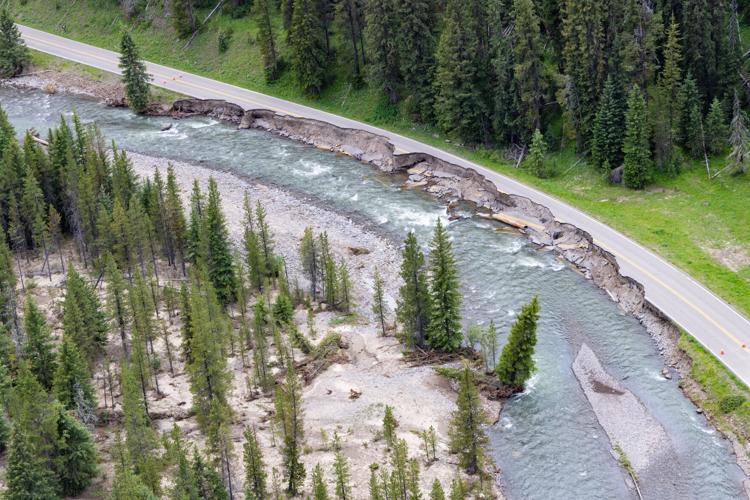 The Northeast Entrance road in Yellowstone National Park is washed out after heavy rains and snowfall in June. 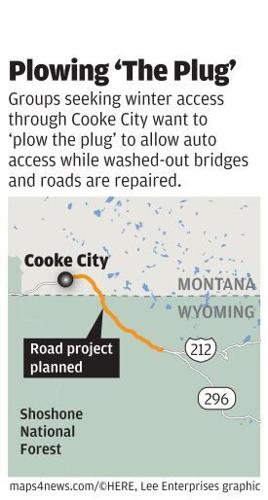