In early April, NorthWestern Energy announced it was cutting flows from Hebgen Dam to conserve water for release during the summer to cool the Madison River, an internationally renowned fly-fishing stream.

The forecast was for a dry spring and summer, coming off a drought in 2021, so water conservation was top of mind.

The Butte-based energy company cut releases into the Madison to 350 cubic feet per second in an attempt to raise the lake level. Under its federal operating license, NorthWestern is required to maintain minimal flows in the Madison River while also raising Hebgen high enough for lake concessionaires to operate docks and boat launches that supplement lodging and camping vendors.

During four days, June 11-15, warm weather and almost 3 inches of rain boosted spring runoff from 2,020 cfs on June 10 to 5,360 cfs on June 13, according to documents NorthWestern Energy provided to the Federal Energy Regulatory Commission, which oversees its license.

This is the same storm that struck Yellowstone National Park, Red Lodge, Fromberg and communities along the Beartooth Front causing damaging floods and record-high river levels.

“That was quite the change this year,” said Clayton Jordan of the U.S. Bureau of Reclamation, the agency that oversees management of Canyon Ferry and Bighorn reservoirs, to name a few.

Due to the unpredicted increase in moisture, Hebgen Reservoir is now only a half-a-foot from being full. The Madison River, just downstream from the dam, spiked to a flow of 4,000 cfs as dam releases were increased to keep Hebgen from overflowing.

“NorthWestern’s management of the significant increased flows into Hebgen Reservoir helped to alleviate the magnitude of flood flows downstream in the Madison River Valley during the onset of this event,” the company said in its explanation to FERC. “Calculations after this event show that Hebgen Reservoir helped to reduce Madison River flows at Madison Dam by approximately 3,000 cfs on June 13, 2022. Potential impacts to Project resources including river habitats, infrastructure, and private property were minimized during this event from the flood control capacity at Hebgen Reservoir.”

At the end of last year, Hebgen Reservoir concessionaires filed a complaint with FERC regarding the management of the reservoir by NorthWestern Energy for letting the lake get so low. Yvonne Douglas, manager at Kirkwood Marina at Hebgen’s northwest end, said her company lost water-based business by August 15 last year, whereas it typically runs until the end of September.

So before the lake started filling up, the marina was dredged along with a route out to the lake. When Douglas arrived on May 1, the lake was 12 feet down, below where docks could be floated. By June 1, the water rose enough to float Kirkwood’s docks, but the forecast was still for below-average runoff. Then the storm hit and the lake was rising an inch to 2 inches every day, Douglas said.

“We’re in much better shape than we were,” she said, and the concessionaires hope the lake levels can be maintained through the summer.

“Reservations are looking good,” Douglas added. “The flooding in Yellowstone is confusing some people who think it affected us too.”

Hebgen isn’t the only reservoir to benefit. Canyon Ferry Reservoir, outside Helena, also saw a sharp rise following the unprecedented wet spring rains that fell on snow. The lake is now almost 97% full, with its water level climbing about 17 feet in less than a month.

“In April, things looked pretty poor,” Jordan said. “Canyon Ferry was projected to be 7 feet from full after runoff. Even by the June plan we weren’t projecting it to fill.”

To the south, Bighorn Reservoir along the Montana-Wyoming border is 99% full, with releases into the famous stretch of Bighorn River fly-fishing fame rising to 7,260 cfs.

Thanks to the fuller reservoirs, water releases into the rivers downstream should be maintained at higher levels than what was predicted. Last year, Canyon Ferry was releasing around 3,000 cfs, whereas this year it should be able to maintain 4,100 cfs, Jorda said. Likewise, the Bighorn River should see releases around 2,500 cfs to 3,000 cfs, compared to about 1,750 cfs last summer, he added.

A historic high flow down the upper Yellowstone River peaked far below the record near Sidney at about 75,000 cfs. Yet that was enough water to boost the level at Lake Sakakawea, just over the Montana border in North Dakota. The popular walleye fishery is now 100% full, as are three reservoirs downstream from it along the Missouri River.

Meanwhile, Fort Peck Reservoir saw little gain from runoff since the water flowing down the Missouri was backed up by other dams. As a result, Fort Peck’s dropping water level has slowed only slightly as its elevation hovers around 2,222 feet, about 10 feet lower than it was at this time last year. Inflows to the large Eastern Montana reservoir at 11,000 cfs are barely keeping pace with releases of 7,500 cfs.

What happens next in some regions depends on if precipitation falls as rain or snow and how hot it gets later this week.

Montana snowpack boosted by moist, cool May and early June

Heavy snows are blocking seasonal mountain passes in Montana, and some streams have risen thanks to recent storms. Meanwhile, much of the north-central part of the state remains in drought.

Yellowstone National Park will reopen a portion of the north loop on Saturday, July 2, to all visitors following historic flooding in mid-June…

The Custer Gallatin National Forest has submitted a request for $5.7 million in emergency funds from the Federal Highway Administration to repair "critical" access routes. Two fishing access sites on the Yellowstone River have also been reopened.

Damage to the Custer Gallatin National Forest from floods in mid-June — especially in the Beartooth Ranger District — has restricted access to trails, damaged roads and restricted where campers and hikers can go in the popular region of south-central Montana.

Drought, floods and the future: state committee delves into data

Heavy and late precipitation was a common theme throughout the governor’s drought and water supply advisory committee meeting.

Although destructive for people, high-water events are a natural part of river systems.

In Montana, drought is persisting in the north-central, central and northeast corners of the state, with extreme drought conditions still plaguing the area east of the Rocky Mountain Front.

Ukrainians struggle with separation from loved ones 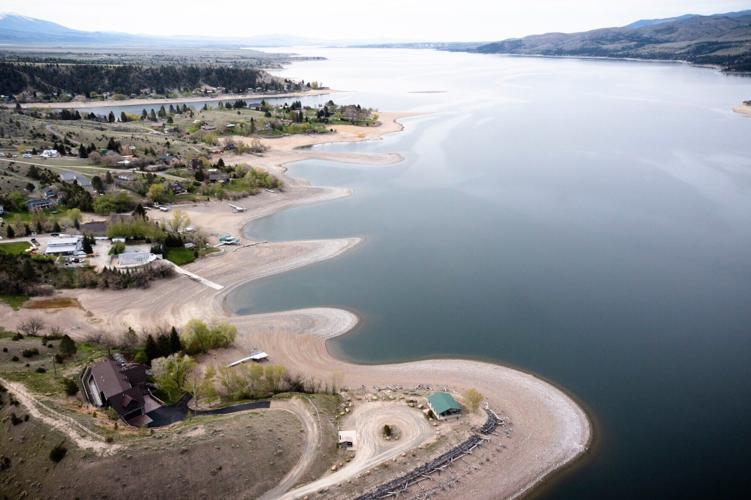 The water level at Canyon Ferry was 18 feet below the top of normal full pool and April inflows were the lowest on record, since 1961, Bureau of Reclamation officials said. Then heavy rain on snow prompted a flash flood and now the reservoir is 97% full. 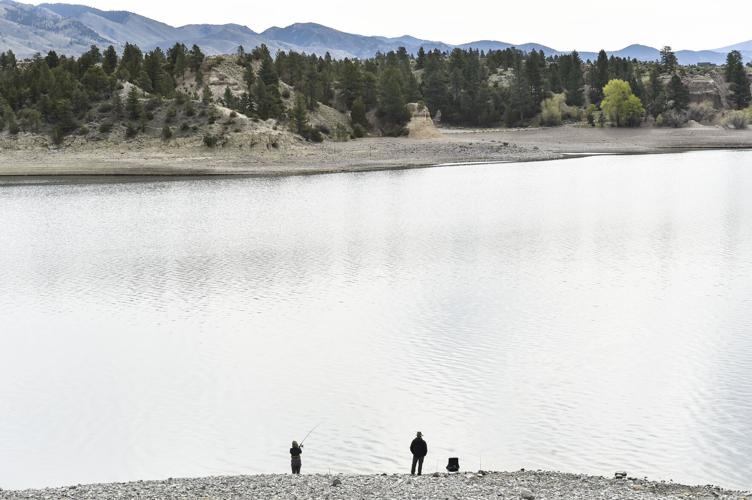 Two men fish from the bank of Canyon Ferry Reservoir in late May. At the time, the reservoir was not expected to fill to full pool. 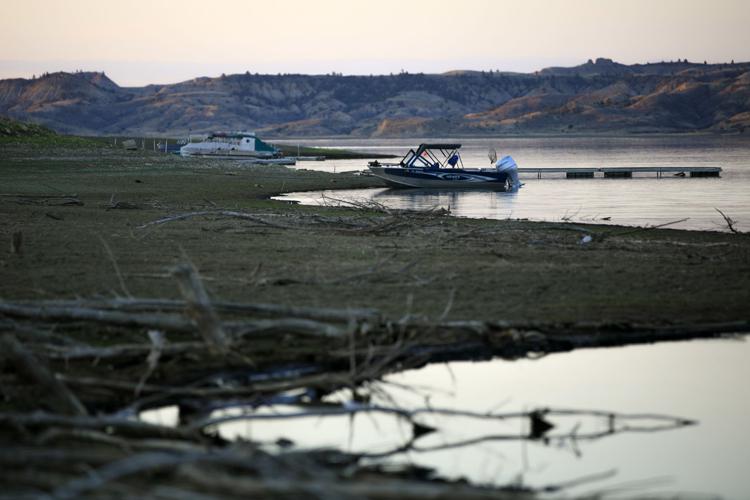