Earlier this year, a hydrologist watched “Into The Wild” a movie, based on the eponymous nonfiction book about the life and death of an iconoclast adventurer. A pivotal scene, in both the book and movie, shows Chris McCandless trying to cross a swollen river and failing. Days later he died deep in the Alaskan backcountry.

The true story raises profound questions about belonging, the human-nature relationship, naïve arrogance, familial trauma and more. But after seeing that particular scene, David Hill, a professor at Oregon State University, was left with a very specific scientific question: What was going on, hydrologically speaking, with that river?

“I did some searching and didn’t come up with anything,” he said. “Then it became a little bit of a detective work, if you will.”

Months later that sleuthing culminated in a unique study, which was published in Frontiers In Earth Science earlier this month. The findings? Hill and water resources graduate student Christina Aragon of the OSU College of Engineering concluded that McCandless was thwarted by high flows in the Teklanika River because of an intense, short-lived runoff event.

“Mr. McCandless had unfortunate timing,” said Hill, a professor of civil engineering in a news release. “The specific day of his attempted crossing – July 5, 1992 – coincided with a large amount of rainfall-driven runoff. Had his attempt occurred a bit on either side of that day, the conditions might have been more favorable and the outcome may have been different for him.”

The project was partly a challenge for Hill who had read the book when it was published in 1996.

“To me it was sort of an interesting challenge and an interesting exploration of an unresolved question,” he said. “Those are the kind of things that I find interesting to work on. You see something and say, ‘Why is that the way it was?’ There was some personal satisfaction to adding to this story.”

But the processes by which Hill examined the hydrological question could help other scientists model other poorly documented rivers. The vast majority of Alaskan Rivers, including the Teklanika River behind which McCandless died, aren’t monitored by U.S. Geological Survey stream monitors and have little in the way of historical data.

“Obviously this particular river holds special interest to a lot of people because of that story,” Hill said. “But beyond that trying to study rivers in that part of Alaska is scientifically interesting because it’s a challenge of data scarcity in a way. It’s a huge state. It’s not very heavily sampled or monitored.”

To overcome that challenge, Hill gathered all the information he could involving weather, land cover and elevation. Then Hill and Aragon applied a collection of computer models that have been widely used in snowy, high-latitude locations including Alaska, according to an OSU release. The goal was to compare the 1992 hydrology of the Alaska Range to other years and the July 5, 1992, Teklanika River conditions to the days before and after. They also looked at similar rivers to create the best model they could, although Hill cautions that like all models it isn’t 100% accurate.

About halfway through the project, Hill reached out to Jon Krakauer, the author of the original book and the two corresponded via email about Hill’s findings.

“David and Christina’s paper is fascinating to me for deeply personal reasons,” Krakauer said in an OSU news release. “Over the three decades that have passed since Chris McCandless perished in Alaska, I’ve been eager to learn as much as possible about his experience from the moment he ‘walked into the wild’ in April 1992 until his death inside Bus 142 some four months later. This paper sheds a little more light about a key event during that period – his attempt to return to civilization halfway through his Alaska adventure.”

McCandless had hiked west along the Stampede Trail near Healy, Alaska, forded the Teklanika on April 28 and lived in Bus 142, an abandoned Fairbanks city transit vehicle, 8.6 miles from the river. Several weeks later when he sought to leave the wilderness, he found the river impassable, returned to the bus and on Aug. 18 died of starvation.

“The spring snowmelt in 1992 was delayed, which kept flows in the Teklanika relatively low and made it possible for Mr. McCandless to cross the river and reach Bus 142 at the end of April,” Aragon said in the news release. “When the snowmelt finally happened, it happened fast. After that, the river got higher or lower on roughly a weekly basis depending on rain in the region. Streamflow in summer 1992 was more variable than usual because of the quick snowmelt followed by periods of heavy rain.”

For the 1992 water year – the period of Oct. 1, 1991, through Sept. 30, 1992 – the Teklanika watershed received just under 27 inches of precipitation, 20% greater than average. Also in 1992, mean daily temperature was a month slower than usual in rising above freezing, and summer rainfall was more intense than it normally is. USGS maintained a water gauge on the Teklankika River for a decade but that monitoring ended in 1974.

In the years following McCandless’ death and the “Into the Wild” book and movie, two hikers died in the river trying to visit Bus 142, which had been hauled into the wilderness in the 1950s so workers could live in it while upgrading a route to an antimony mine.

Many others needed to be rescued on pilgrimages to the bus, finally prompting the state of Alaska to enlist the National Guard to airlift it from the Stampede Trail with a Chinook helicopter on June 18, 2020. The 1946 International Harvester model K-5 is now on display at the University of Alaska Museum of the North in Fairbanks, according to a news release.

“Although the paper can’t determine with certainty whether McCandless would have been able to safely exit the wild if he’d tried to cross the Teklanika River again at a later date, it raises poignant questions that are worthy of consideration,” Krakauer said in a statement. “Perhaps even more importantly, the paper conveys valuable information about the dynamics of Alaska’s rivers – the fording of which has always struck me as one of the most dangerous aspects of backcountry travel in Alaska, based on close calls I personally had on numerous trips into Brooks Range, the Alaska Range and the Coast Mountains of Southeast Alaska. David and Christina’s paper might help other adventurers avoid calamity going forward.”

Woman dies while hiking to ‘Into the Wild’ bus

ANCHORAGE, Alaska — A woman from Belarus died Thursday night when she was swept away at a river crossing near Healy, Alaska State Troopers said.

Why the U.S. military trains dolphins

Why the U.S. military trains dolphins 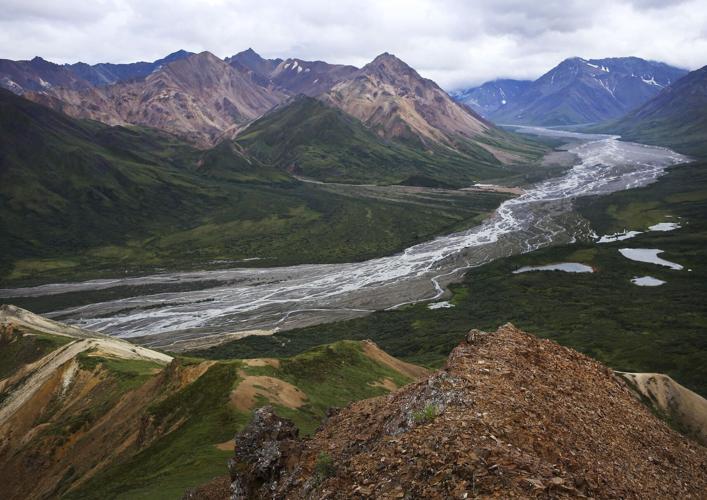 The Teklanika River is seen from the backside of Cathedral Mountain on July 26, 2019. Recent research suggests an ill-fated trip by Chris McCandless into the region was the result of unusually late and high runoff. 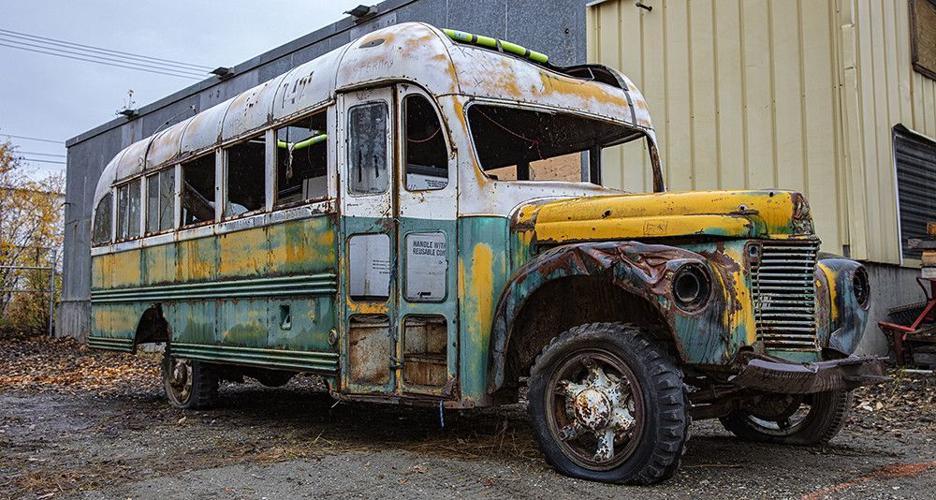 Bus 142 was the home for McCandless during his deadly stay in Alaska. It was airlifted out of the remote region and is now on display at the University of Alaska Museum of the North in Fairbanks.