Butte’s Irish remain loyal to their ancestral home  — its history, its inhabitants. Daniel Mulhall, Ireland’s ambassador to the United States knows the feeling — he shares that same fierce loyalty. Butte and Mulhall — you could say it’s a match made in heaven.

The ambassador visited Butte Wednesday and gave a talk at the Butte-Silver Bow Public Archives. He felt right at home and called Butte “a wonderful slice of Ireland.”

Four years ago, his diplomatic career pressed onward as he moved across the Atlantic after being named Ireland’s ambassador to the United States, a job he still holds today.

The 66-year-old Irishman, a native of Waterford, has wanted to come to Butte since President Mary McAleese’s May 17, 2006, visit.

He read with interest about her trip to the Mining City and wondered if he would ever be able to visit.

“I am following in the footsteps of so many Irish who came here,” he said.

The man has three degrees in Irish history and is also well-versed when it comes to Butte Irish history. He talked about such early 20th century Irish dignitaries as Douglas Hyde and Eamon de Valera, both of whom were Mining City visitors and would each later hold the title of president of Ireland.

“Butte was a major stop for Irish politicians,” he explained. “This was the place to be.”

Mulhall takes his ambassadorship quite seriously and believes one of his major duties is to connect with Irish America. He explained that many of those long-ago immigrants arrived in stress but were able, in time, to create opportunities throughout the U.S.

“The Irish dug the canals, built the railways, and worked the mines,” he explained, “and changed the fabric of America.”

While researching Butte, he learned just how much the town’s Irish immigrant population contributed to its growth.

“A big chapter of Irish America happened in Butte,” he said.

Mulhall humbly told his audience that Ireland owes its freedom, in part, to the immigrants who never forgot their homeland, including those who settled in Butte.

“We would never have achieved Irish freedom without the Irish in America,” he explained. “They played a big part.”

The Irish government is committed to the continuation of Irish studies in Montana. So much so, that Mulhall announced that the Friends of Irish Studies, based out of Missoula, will soon be the recipients of a $24,000 grant.

Working closely with the Butte Archives and Butte’s Ancient Order of Hibernians, the Friends of Irish Studies will continue to promote Irish cultural events and education throughout Montana.

Following a reception at the Archives, Mulhall, along with his wife, Greta, and the Consul General of Ireland Robert O’Driscoll were headed out to tour Butte.

“Butte is part of our Irish story,” he said.

Authorities say a body discovered Sunday in Wyoming is believed to be Gabrielle “Gabby” Petito.

A Washington man has died in Yellowstone National Park and a search continues for his camping partner.

A member of the public blamed the health officer for his wife's recent death due to COVID-19.

Agents search in Wyoming for missing woman, in Florida for fiance

Police searched a vast Florida wildlife reserve on Saturday for 23-year-old Brian Laundrie, a person of interest in the disappearance of his girlfriend, Gabrielle “Gabby” Petito.

A Darby man with a long criminal history — including prison time for poaching — was sentenced to five years in prison recently for illegal outfitting and possessing parts of unlawfully killed animals. 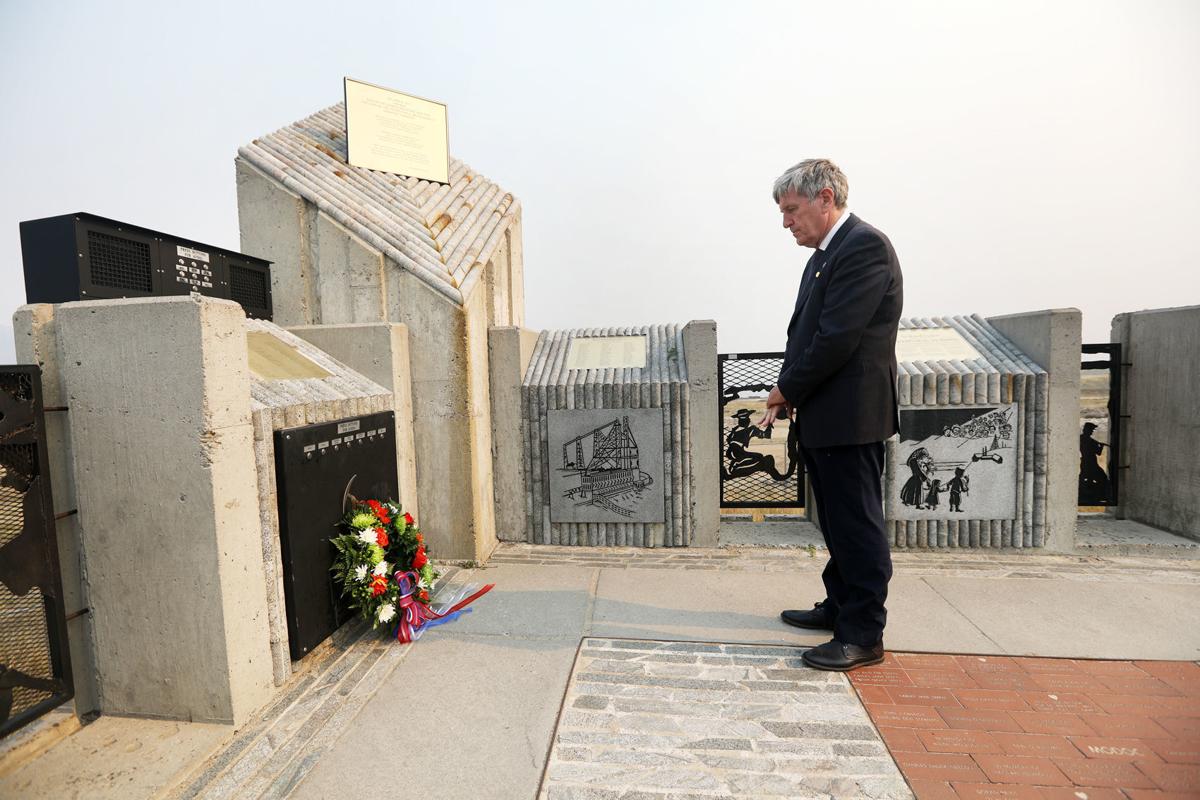 Daniel Mulhall, Ireland’s ambassador to the United States, says a silent prayer after setting a wreath at the Granite Mountain Memorial on Wednesday afternoon during a tour of Butte. "Their kids probably ended up all over America now in all kinds of jobs," says Mulhall as he reflected on Irish immigrants who worked in Butte's mines. 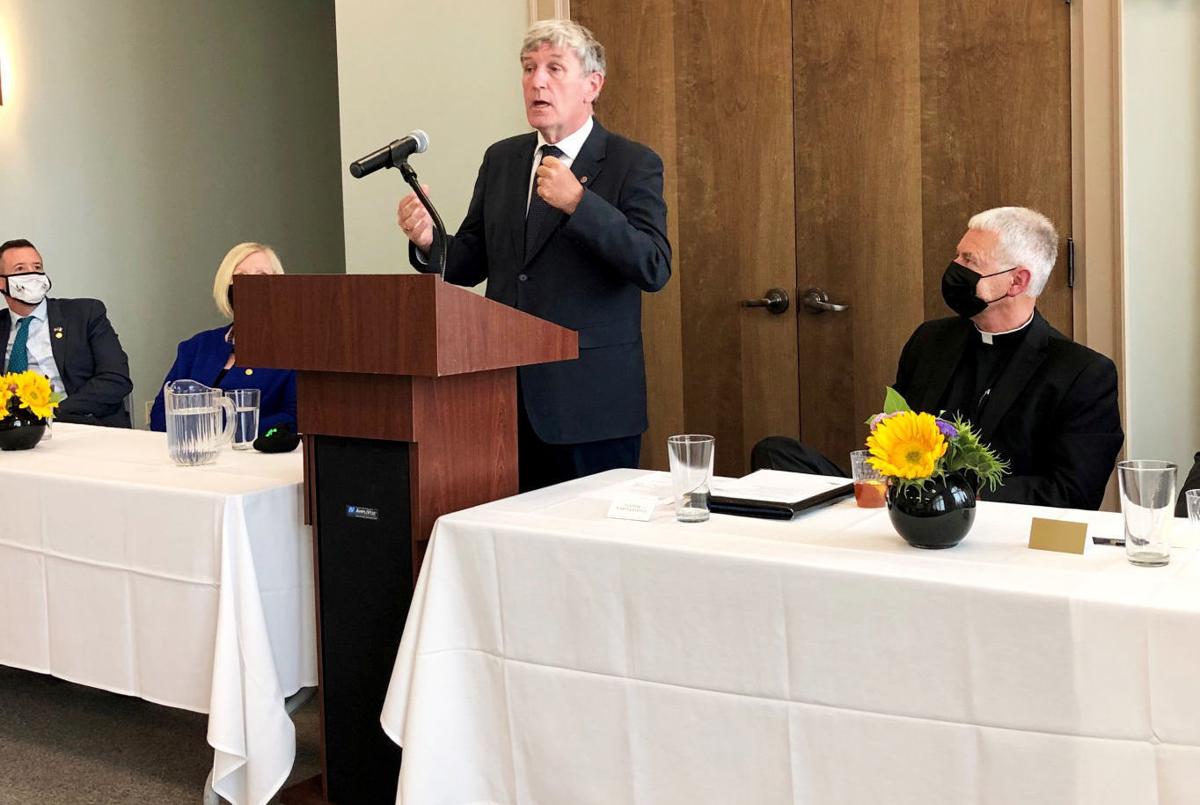 Ambassador of Ireland to the United States Daniel Mulhall made his first visit to Butte on Wednesday, where he was greeted with a reception at the Butte Archives and a tour of the town. 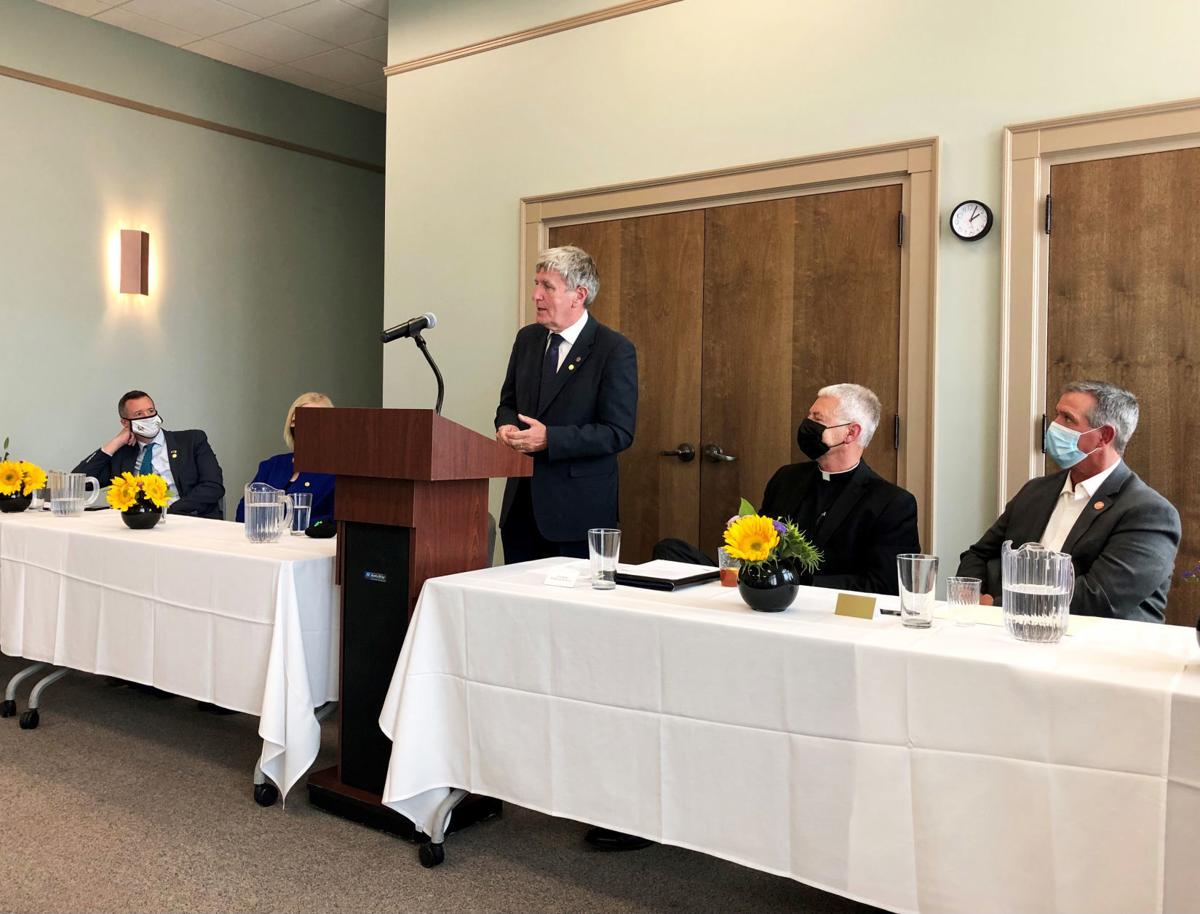