Emery Three Irons, a Crow tribal member, stood in tall, lush grass one day in late May, contemplating a cream-colored house. After 20 minutes of reflection, he approached two 5-year-olds standing on the front steps, eating popsicles and playing with a puppy. “Is your grandpa awake?” he asked them, his soft voice barely rising above the thrum of the nearby interstate. “Go ask him, Ivan,” the girl said to the boy. “No, you go ask him,” the boy responded, before they both disappeared into the house.

Three Irons followed them into the living room to meet with Everette Walks, an Apsáalooke grandfather. Walks’ house is on the Apsáalooke, or Crow, Nation in Montana, not far from the Wyoming border. While the kids played hide-and-seek, Three Irons peered underneath the kitchen sink and surveyed a set of exposed pipes, speaking with Walks in the Apsáalooke language about connecting one of the property’s two wells to a working pump. For three months, Walks, who works nights at the Rosebud Mine at Colstrip, his wife, Kim, and their grandchildren had lived in the house without running water. When Kim broke her arm a few months ago, she had to have surgery. “Not having water makes it harder,” Everette said.

The visit was part of a new project for Three Irons, a GIS analyst for the Crow Water Quality Project, a group of scientists from Little Big Horn College and Montana State University working to improve access to clean water on the Crow Nation. Early this summer, he began conducting home assessments in rural areas, troubleshooting ways to install potable running water in the many houses that lack plumbing.

Until the 1960s, the Little Bighorn River was the main source of water for the Crow Nation. But pollution from upstream farms contaminated the river, forcing many families to switch to well water. The Little Bighorn still provides municipal water to Crow Agency, the Crow Nation’s government headquarters, but the tribe’s water rights are junior to those of some non-Native farmers in the area. During the growing season, much of the river is diverted for agriculture, some through a federal system of canals that waters local alfalfa, wheat and sugar beet fields. Extensive withdrawals have left the river ankle-deep in the summer, causing dangerously high levels of nutrients along with periodic town-wide water restrictions.

And area wells aren’t much better. In 2018, local scientists and tribal members found that 40% of them are contaminated with coliform bacteria; many also contain nitrate, uranium and arsenic at levels that exceed EPA safety standards, increasing the risk of chronic diseases like cancer and diabetes. Researchers think the most likely culprit is a combination of leaking septic tanks and agricultural pollution. They also say the impacts of climate change — erratic spring flooding, lower water levels and longer summer droughts — could exacerbate the problems.

Three Irons had just graduated from college with a degree in geospatial and environmental analysis in 2015 when leaders of the Crow Water Quality Project approached him and asked him to undertake a graduate project studying well water contamination and spring water quality. He agreed immediately; he grew up along the banks of the Little Bighorn River and wanted to use his education to help his community. Now, Three Irons and his colleagues are combining scientific, cultural and community-centered approaches to revive the traditional water sources of the Crow Tribe. “Water is life,” he said, quoting a popular slogan. “They’re not lying, even though it’s cheesy and seems like a common saying.”

Twelve miles down the interstate from the Walks home, Peggy Wellknown Buffalo sat in the wood-paneled living room of a building, situated between the river and an irrigation ditch, that houses the Center Pole, a grassroots nonprofit organization she founded to provide food and water to the community. As we spoke, her grandchildren streamed in and out, moving boxes of donated clothing and cooking up burgers for lunch.

During the pandemic, she recalled, she asked community members what everyday items they needed most. “I couldn’t believe how many people called for water,” she said. About 150 to 200 people were worried about their plumbing, their wells running dry or pumps breaking. Wellknown Buffalo has had her own water tested at the Center Pole three times over the past decade; the results showed that it’s unsafe to drink, high in E. coli and metals. She drives 19 miles a couple times a week to buy 5-gallon jugs of clean water for $3.99 each.

Wellknown Buffalo’s grandmother and great-aunt taught her to see the river as a place of refuge, a lesson that she still carries. The river’s presence meant she never needed to feel helpless. “It will provide for you,” she said. As she spoke, her childhood friend Birdie Real Bird nodded in agreement. “The river raises kids,” Real Bird said. The two reminisced about long, lazy days out at the river, running home with berry-stained lips and sunbaked skin.

The river holds deep cultural and spiritual significance for Wellknown Buffalo and Real Bird. In the Sundance, a traditional healing ceremony, participants are given a paste made from cattails, found along the river, before they break a days-long fast with river water. At the sweat lodge, water plays a central role, and, as children, Wellknown Buffalo and Real Bird fed the river leftover food in an act of prayer and respect. Now an Apsáalooke elder, Wellknown Buffalo is troubled by the state of water on the nation, especially its implications for her grandchildren. “That was our way of life,” she said. “They say water is life, and it is — you need water to stay alive. But water also provides life for everything else that keeps you alive.”

In early February, the Crow Tribe reached an agreement with the U.S. Bureau of Reclamation on a new water system that would supply treated water from the Bighorn River to all tribal communities. The plan was first outlined in the Crow Tribe Water Rights Settlement Act of 2010, which also included legislation to improve irrigation infrastructure for farmers. Since then, the agency has completed a couple dozen irrigation projects. No progress has been made on the new water system, however. Shane Schieck, the Bureau of Reclamation supervisor for the project, said the delay was partly caused by high turnover among principal engineers. But it’s also because the agency’s irrigation projects are “low-hanging fruit,” he said — smaller, less complex and easier to build than an 800-mile water system.

Under the new agreement, the federal government will begin laying pipes and building a treatment facility within the next five years. “We will be that much closer to delivering clean water across our lands,” wrote Crow Tribal Chairman Frank White Clay in an email to High Country News. “Having ready access to it will be a game changer for thousands of our people across the reservation.” But while this should provide clean water for Crow families, the river itself will remain under threat. And some who grew up here, like Three Irons, question the feasibility of connecting all six of the reservation’s political districts — which span 2.3 million acres — to a single master water system.

After visiting the Walkses’ house in May, Three Irons stopped by his childhood home. He sat near his family’s sweat lodge, next to the Little Bighorn’s slow, snaking currents and gangly cottonwood trees. He recalled submerging himself in its waters, watching over the sweat lodge as a child, seeing it burn down one day and, eventually, rebuilding it. Because the river is polluted, his family no longer brings water up from its banks for the sweat lodge; instead, they lug it down from the house.

The new ritual is tinged with the knowledge of what the river is now, compared to what it has been and the uncertainty of what’s to come. “I offer prayers in the morning, even in the office,” Three Irons said. “Not only for my family, but for the well-being of tribal members here. I pray that we find a solution, or else we’re able to figure out how to provide them with water at the current moment — not five years from now.”

Working with other tribal members and scientists, he wants to track the exact sources of pollution in the river over the coming year. In the meantime, he’ll continue to visit homes like the Walkses’ to help families secure clean, running water. “It’s everything. It’s the bloodline for the reservation,” he said. “Wherever there’s water, there’s going to be a lot of people around it. Hopefully, they respect it, cherish it, take care of it, revive it. Hopefully, we can clean it up for the future.”

— Surya Milner is an editorial intern at High Country News. Email her at surya.milner@hcn.org.

A tool of resistance: One Crow man used his boarding school education to save his culture

During his hundreds of hours of study at Carlisle Indian School, George Washington Hogan forged a weapon that the Crow chiefs back home didn’t have. That was a white man’s education.

Despite COVID, rain and tragedy, Crow Fair returns in 2021

The Apsáalooke Nation kicked off its annual celebration, Crow Fair, on Thursday, but event almost didn’t take place after a tragic accident took the life of Norman “Rusty” Dale Other Medicine, a member of the Apsáalooke Nation, who was killed in a weather event while setting up his family’s campsite.

Fires charring range set up ranchers for hardship in US West

LAME DEER — Wildfires tearing through Montana and elsewhere in the U.S. West are devouring vast rangeland areas that cattle ranchers depend up… 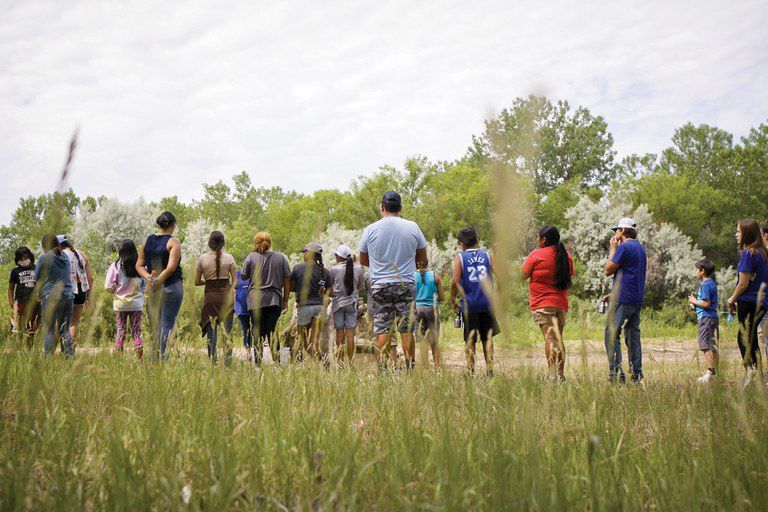 Apsáalooke youth at the Guardians of the Living Water camp this summer learned how to conduct a water quality assessment on the Little Bighorn River in Crow Agency. 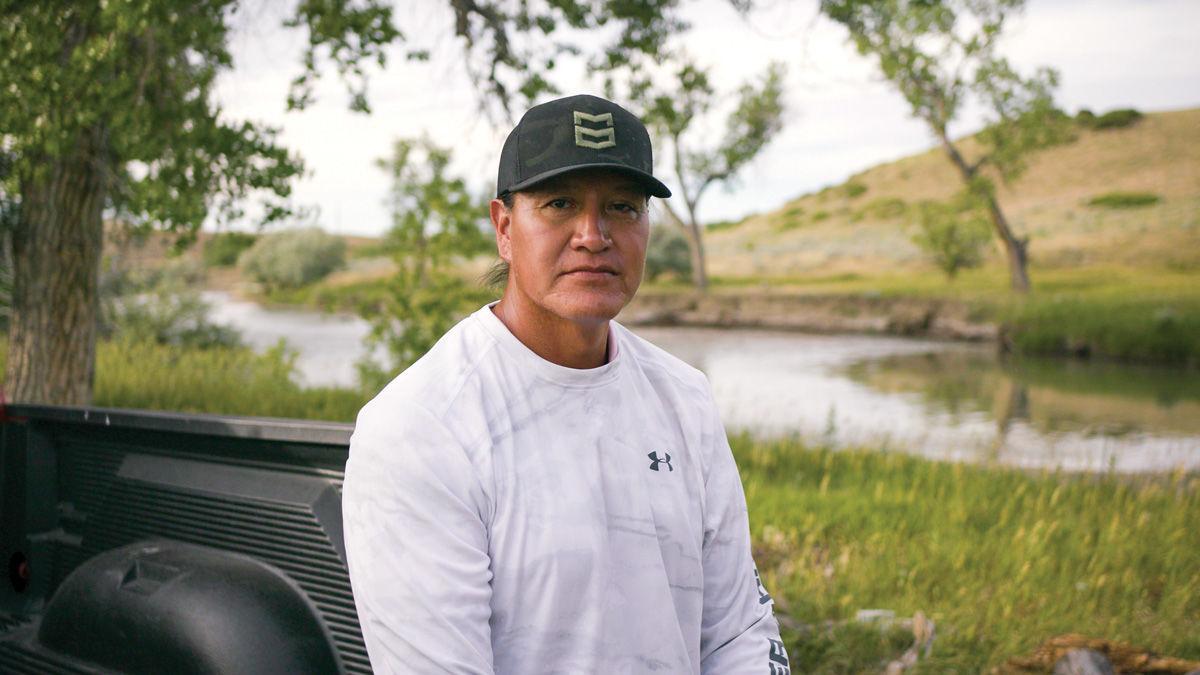 Emery Three Irons at his family home along the Little Bighorn River. Working with other tribal members and scientists, Three Irons wants to track the exact sources of pollution in the river over the coming year. 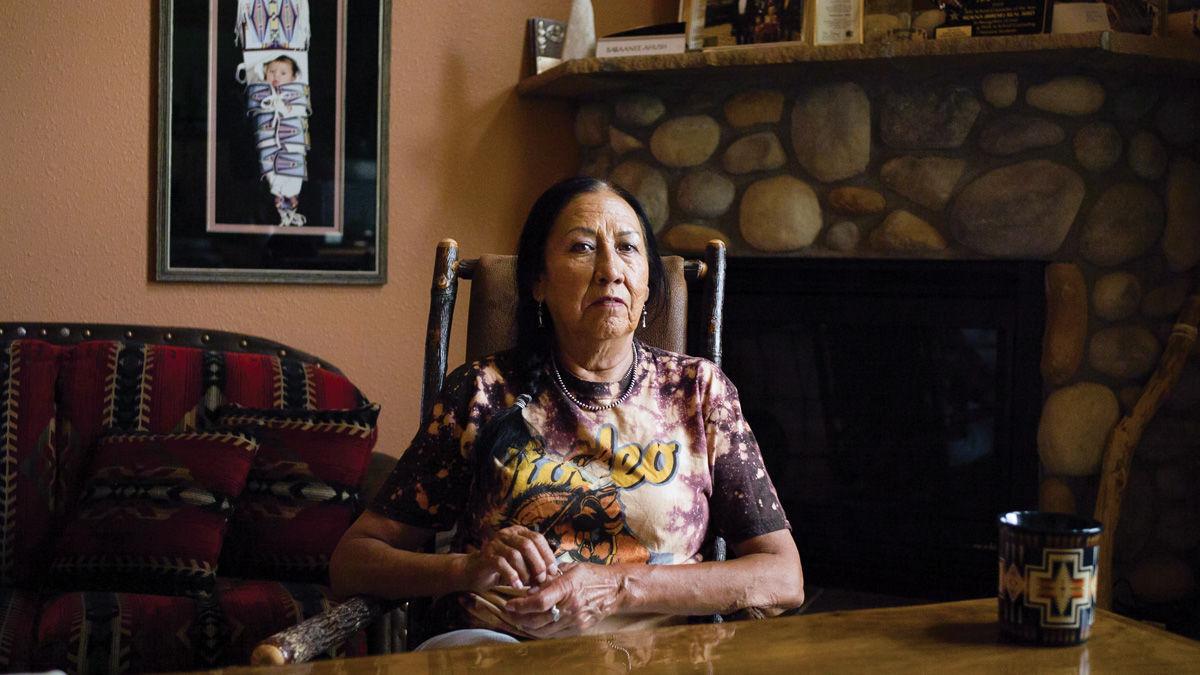 Like many Apsáalooke, Birdie Real Bird was raised on the banks of the Little Bighorn River, which she and her family used to rely upon for all their water needs. 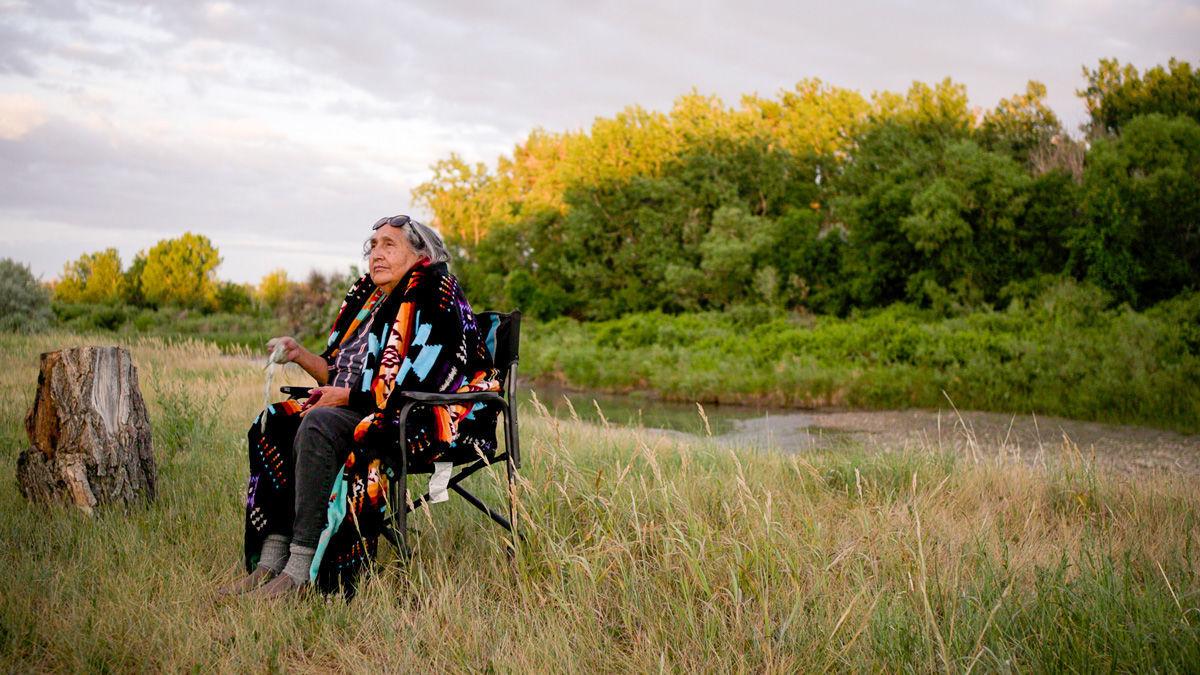