It may be hard to comprehend, but the historic flooding in June that wiped out roads, bridges and buildings in Yellowstone National Park, prompting its temporary closure, could have been even worse.

Floodwaters swept down Soda Butte Creek from tributaries in the Beartooth Mountains, gouging out boulders, trees and soil in a gushing torrent. Entering the park near the Northeast Entrance, the creek is one of the main arteries of the Lamar River, which joins the Yellowstone River roughly 11 miles downstream.

Had it not been for past reclamation work at historic mine and mill sites in the Cooke City area, the flood waters could have swept tons of heavy metals and acidic mine waters into the Lamar and Yellowstone rivers. That did occur, on a small scale, in June 1950 when the old McLaren Mill Site’s tailings dam was partially breached in a series of rainstorms and floods.

“What that tailings pond would have been like in 1950 was just a big soggy, solid jelly-like mass of fine-grained mine waste, and when the dam failed that stuff would have poured out of there in a really concentrated form,” said Grant Meyer, who wrote his 1993 doctoral dissertation on Soda Butte Creek’s mine tailings contamination.

The 1950 flood deposited a slurry of mine tailings and contaminated water up to 15 miles down the flood plain where it could be carried away by downpours like this year’s. Even though the 1950 flood was small, Meyer said the pollution impact was large. A five-mile segment of Soda Butte Creek was eventually added to Montana’s list of impaired waters due to elevated levels of copper, iron, lead and manganese. Fish couldn’t survive in the toxic water, parts of which glowed orange with oxidized iron deposits.

“The reason I’m emphasizing this is that this isn’t something that just happened in the bad old days when we didn’t have good environmental regulations,” Meyer said. “It’s going on frequently all over the world, every year, including in the United States. There are failures of these mine waste impoundments that are still causing massive pollution.”

Not every waterway has a coalition as vocal and strong as Yellowstone National Park’s, Meyer noted.

“It really took national attention for that (cleanup) to happen,” he said.

More than two decades ago, MaryBeth Marks, a retired Custer Gallatin National Forest geologist, oversaw the New World Mining District reclamation project for the Forest Service. The $23 million venture sealed 27 mine adits, capped tailings piles and revegetated denuded mountainsides and roads. About 430,000 cubic yards of mine waste was removed. The mining district, located at elevations from 7,900 to 10,400 feet, covered 25,600 acres.

The work began in 1999 and continued through 2010 across a large area upstream from Soda Butte Creek.

“One of the biggest things we did in the reclamation work, that certainly would be positive for any floods, was removing contaminated material from the landscape and consolidating it into a waste repository, in an area that was secure,” Marks said. “The intent of that repository was to be low maintenance, to be in an area not affected by stream erosion or other natural factors.”

The other remediation the Forest Service oversaw was to regrade, revegetate and add clean cover soil at old mining areas, ensuring the new ground was stable and less subject to erosion, she added.

Downstream from the forest work, just east of Cooke City, the Montana Department of Environmental Quality oversaw a $20 million project to remove almost 200,000 cubic yards of tailings from the 10-acre McLaren Mill site, treating a million gallons of tainted groundwater in the process. The work, which also included rebuilding sections of Miller and Soda Butte creeks, was completed in 2014.

Prior to that, the poorly constructed dam at the McLaren Mill site had leaked metals-laden water into Soda Butte Creek for decades, effectively wiping out most aquatic life immediately downstream. Due to the pollution that Meyer analyzed in his study, the creek was the only Clean Water Act-impaired stream entering Yellowstone National Park.

Bill Snoddy, Abandoned Mine Lands Section supervisor for DEQ, said he doesn’t think the old dam would have survived this spring’s flood. Had the state work not been done, all of those tailings would have ended up sprawled across Yellowstone National Park’s Lamar Valley, a popular place for tourists to watch bison, wolves and grizzly bears.

“It would have been an ecological disaster of almost biblical proportions,” Snoddy said. “The work proactively saved Soda Butte Creek and the Lamar Valley from real serious problems. Imagine liquefying all those fines and washing them downstream. It would have been terrible.”

Snoddy said that’s why the Abandoned Mine Lands Section is around, to deal with such problems. As a result of the state and federal government’s work in the Cooke City area, Soda Butte Creek was the first in Montana to be delisted from the impaired water bodies listing. Snoddy pointed to other projects cleaning up old coal mining waste in Belt and Roundup as other examples of the department’s achievements.

“The list of these successes go on and on,” he added, pointing to elimination of coal seam fires and even a Butte homeowner’s loss of their backyard to a mine cave in as other examples. “Without the AML program, none of that could have happened.”

Mike Clark, retired executive director of the Greater Yellowstone Coalition, was on the front lines of the fight that eventually led to the mining clean-up. The battle began when Crown Butte Mining proposed reopening old mines in the area in the 1990s. Due to public opposition to having a mine operating so close to Yellowstone National Park, and on the edge of the Absaroka-Beartooth Wilderness, the federal government signed an agreement to buy out Crown Butte in a deal that included the company paying to clean up the area.

“My sense is those two separate incidents – the landfill on Henderson Mountain and the McLaren pit cleanup – probably prevented a disaster,” Clark said.

Climate change is driving more unpredictable weather across the world, Clark noted, as evidenced by this summer’s deadly floods in Kentucky and Pakistan, along with extended drought across the West.

“I think we’re going to see more incidents like this,” he predicted.

A climate assessment for the Yellowstone region, released last year, forecasts more extreme climate events as the planet warms, including floods like the one that swept through Yellowstone.

“It’s very much getting worse,” Kim Cobb, director of the Institute at Brown for Environment and Society, told the New York Times.

Conversely, the snow also protected higher elevations from erosion, said Annica Brown, a geologist with the Custer Gallatin National Forest. In inspecting the area around Cooke City in July, the only place that had been remediated where she saw flood damage was close to the old Great Republic lead smelter near Woody Creek. In 2005, contaminated soil was removed and the site recovered. Brown is also overseeing the long-term monitoring of revegetation projects in the area, as well as continued sampling of surface and ground water.

“Erosion is the way of the world with these high mountains,” Marks said. “The key to solid reclamation work is to have stable landforms in place.”

Last year Louisa Willcox, a Livingston conservationist, helped organize a gathering celebrating the 25th anniversary of the government buyout of Crown Butte Mining. The mine, if it had been authorized, would have included an 80-acre tailings pond to hold an estimated 5.5 million tons of waste. Because of the threats posed by the mine, in 1995 the World Heritage Committee designated Yellowstone "in danger."

Willcox said she toured the Cooke City area this summer and was impressed with how well the reclamation work had held up following the June flooding, noting wildflowers like columbine were sprouting where the old McLaren tailings pond once sat.

“It was a good news story all around,” she said.

Mining in the Cooke City area started in the 1870s on Republic and Miller mountains, according to a history of cleanup work in the area by the Montana Department of Environmental Quality.

The McLaren Gold Mines Co. was one of the longest-running, last active mining operations in the area, running from 1934 to 1953. Ore for the McLaren Mill was supplied by an open cut mine on Fisher Mountain, located about 3 miles north of Cooke City.

With flooding at Stillwater Mine, Sibanye US production down 23%

In its operating and financial results report for the first half of 2022, Sibanye Stillwater reported that the company’s profits were down 51% from the record profits in the first half of 2021. One of the factors which affected the 2022 results was the historic flooding in the Billings and Yellowstone National Park area on June 12 and 13.

John Mayer, whose megawatt star power usually fills arenas, touched down near his home in Paradise Valley to play a tiny venue and raise money for Park County.

MSU Billings at the forefront of international sustainability conference

Two MSU Billings professors will participate in the Multidimensional Sustainability Congress, which will take place at the Polytechnic Superior Institute of Gaia.

A final, more detailed analysis of damage to the Custer-Gallatin National Forest caused by this year’s flooding is pegged at $38.5 million, the agency announced Friday. 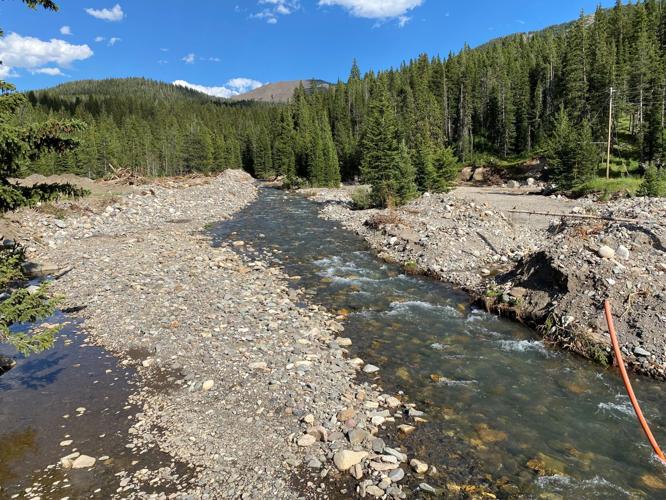 Gravel is piled alongside Soda Butte Creek following flooding in mid-June that exposed a gas line, sticking upright at right. 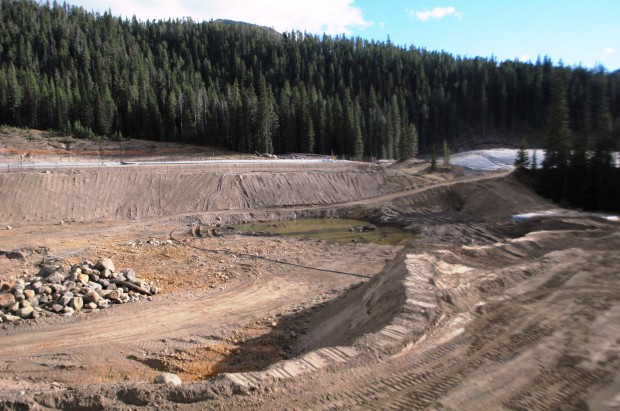 When this photo was taken in 2012, the old McLaren Mill site had been drained and excavated to a depth of about 35 feet to remove waste for storage in a impoundment, seen covered in the background.

Soda Butte Creek downstream of the McLaren Mill and tailings site in 2008 shows contamination by orange-colored iron (left) that is not evident in 2013 (right) following cleanup. 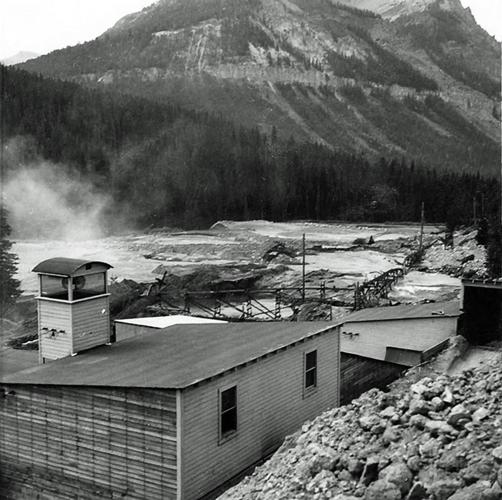 The McLaren Gold Mine Mill near Cooke City is shown in this photo taken in 1946. The tailings impoundment extends outward from the mill and is likely encroaching on Soda Butte Creek.

The McLaren Mill site processed gold and copper mining from nearby Henderson Mountain in the early 1900s. Earlier attempts to contain the mill tailings failed and Soda Butte Creek was polluted. This photo shows the site in 2012 before remediation was completed.