The much-debated proposed regulations for fishing on the popular Madison River are resurfacing after three groups petitioned the Montana Fish and Wildlife Commission to make a decision on how to alleviate real or perceived overcrowding.

The fact that the groups involved can’t even agree on whether certain stretches of the Madison River are overfished speaks volumes about the depth of their dispute, and the petitions they’ve submitted reflect that divide. The commission has set aside two hours at its Nov. 12 meeting in Helena to discuss the petitions.

On one bank are the Fishing Outfitters Association of Montana who object to stiffer regulations proposed to limit commercial outfitting and guiding on the Madison. The opposite bank holds noncommercial river users, sportsmen associations and public land and water supporters who strongly urge the commission to implement restrictions similar to those on the Big Hole, Beaverhead and Bitterroot rivers.

Earlier this year Eileen Ryce, who heads the Fish, Wildlife & Parks Fisheries Division, told the commission that a group formed to develop rules that the commission could consider and put out for public comment was hopelessly divided. She voiced concerns about the divisive nature of comments her office was receiving, which Ryce called “alarmist.”

“After a decade of work, it’s more than obvious there are legitimate public concerns about river recreation on the Madison,” Ryce said. “It’s not just fabrication of alternative motives. The issues anglers see on the Madison will not improve on their own and will be harder to address in the future.

“Certainly staff doesn’t see a path forward, and I question whether it’s appropriate to continue to put staff time into this.”

Commissioner Shane Colton added that he hadn’t seen this level of animosity toward a proposal that has yet to be created and put forward to the public.

“I don’t know how we can charge the department with moving forward and utilizing resources when I don’t think we can get traction even with the outline of modest ideas discussed by Eileen in her proposal,” Colton said at the Aug. 15 commission meeting in Missoula.

The total number of angler days on the Madison doubled from 88,000 in 2012 to 179,000 in 2016. A significant increase in that use came from out-of-state tourists, who often access the river using outfitters and guides.

Mail-in and on-site surveys by FWP indicated several areas of concern including crowding of recreationists on the river and at access points like boat ramps and fishing access sites; perceived over-use by commercial outfitters; and increasing impacts to natural resources.

But the fishery is healthy at this point, Ryce said, and outfitters complained about being targeted in previous attempts at management plans. Still, Ryce voiced concerns that if the current use continues to grow and water temperatures continue to climb, that could lead to an increase in conflicts and drop in fish numbers.

"The data does indicate the population is healthy, but I can't make any promises it will stay that way," Ryce said.

One plan put before the commission in April 2018 included capping the number of commercial fishing guides at the current level of about 200; prohibiting guided trips from certain stretches of the Madison on different days, known as “rest and rotation;” and barring commercial use in a portion of the lower river. In addition, the plan recommended certain stretches be designated for wading and shore fishing only.

However, the commission rejected the draft environmental assessment before putting it out for public comment after an outcry from outfitters and guides. They testified at the commission hearing that the restrictions could create bottlenecks and didn’t address private, noncommercial anglers.

The plan went back to Fish, Wildlife & Parks staff who created the Madison River Negotiated Rulemaking Committee. That group disbanded in May 2019, and Ryce told the commission the group couldn’t come up with a compromise.

Instead, George Grant Trout Unlimited, Skyline Sportsmen Association, Anaconda Sportsmen Association and the Public Land/Water Access Association submitted a petition in September to compel the state to once again take a run at adopting the preferred alternative recommended in the EA by putting it out for public comment.

“The fact that we agree that the Fish and Game Commission needs to adopt the preferred alternative as a tentative rule does not mean that all petitioning parties agree on all aspects included in the preferred alternative,” representatives from the Trout Unlimited, two sportsmen associations and the water access association wrote in a letter to the commission. “What we do agree on is that the premise of this plan provides an opportunity to create river recreation rules on one of the most recreated rivers in Montana.”

The Madison River Foundation also demanded in a separate petition that the commission implement the regulations in the environmental assessment, effective January 2020. The group noted that without regulations angler use is expected to “continue to rise exponentially,” and although fish populations have remained relatively stable they’re members are concerned about future negative impacts.

Under Montana law “public use on the Madison River presents a clear and immediate threat to wild fish populations,” the group wrote.

The Fishing Outfitters Association of Montana also petitioned the commission and FWP to adopt new rules, but had its own version. For example, FOAM wants to maintain the current fishing access and floating regulations in the walk/wade sections of the Madison to “maintain the greatest dispersal of commercial use” and reduce crowding along all sections of the river. Currently, boats and vessels can float into those areas, but fishing from the boat is prohibited.

FOAM also seeks to institute changes to the Special Recreation Permit program, but not restrict the number of permits that are issued; use a tiered system to limit the number of trips for SRP holders based on current use; eliminate the “rest and rotation” of certain stretches of the river for commercial users; and hold regular evaluations to determine a carrying capacity for the river.

The group also seeks additional educational etiquette programs to address the symptoms of crowding, and establish a Madison River ranger to enforce regulations.

“FOAM, having over 300 outfitter members and over 500 guide members statewide, represents nearly all the fishing outfitters and (many of the) fishing guides across Montana,” Michael Bias, FOAM executive director, wrote in a letter to FWP. “… This plan has the overwhelming support from members and the majority of commercial use support for these recommendations as part of an adaptive Madison River Recreation Management Plan.”

The victims of a triple homicide and suicide in northwestern Montana include a 3-year-old girl and her mother.

A 33-year-old inmate who took his complaints about sexual harassment in Montana State Prison to the Montana Supreme Court has died, court documents in his case revealed this week.

'We haven't put our money in the right places in a long time,' Billings police lieutenant says

Amid a nationwide conversation about policing, many organizations in Billings are calling for better funding for social services.

The man killed in Crow Agency at a convenience store Sunday has been identified.

Flathead County law enforcement said four people were found dead Tuesday in Olney, three of them attributed to a triple homicide-suicide. Authorities have not release information on the manner of the fourth person's death, according to the Flathead County Sheriff's Office.

Native Americans make up 15% of state's COVID cases, but only 7% of population

An analysis from late June found that 15% of the COVID-19 cases in Montana are among Native Americans, a group that makes up about 7% of the state's population.

Montana added 67 new cases of the coronavirus today, the highest number recorded in one day.

Police say a man was arrested on a felony criminal mischief charge after he pulled down a Ten Commandments monument using a chain and pickup truck.

Portions of Eastern Montana have been placed under a tornado watch amid a severe thunderstorm warning, along with parts of Northeast Wyoming, South and North Dakota. 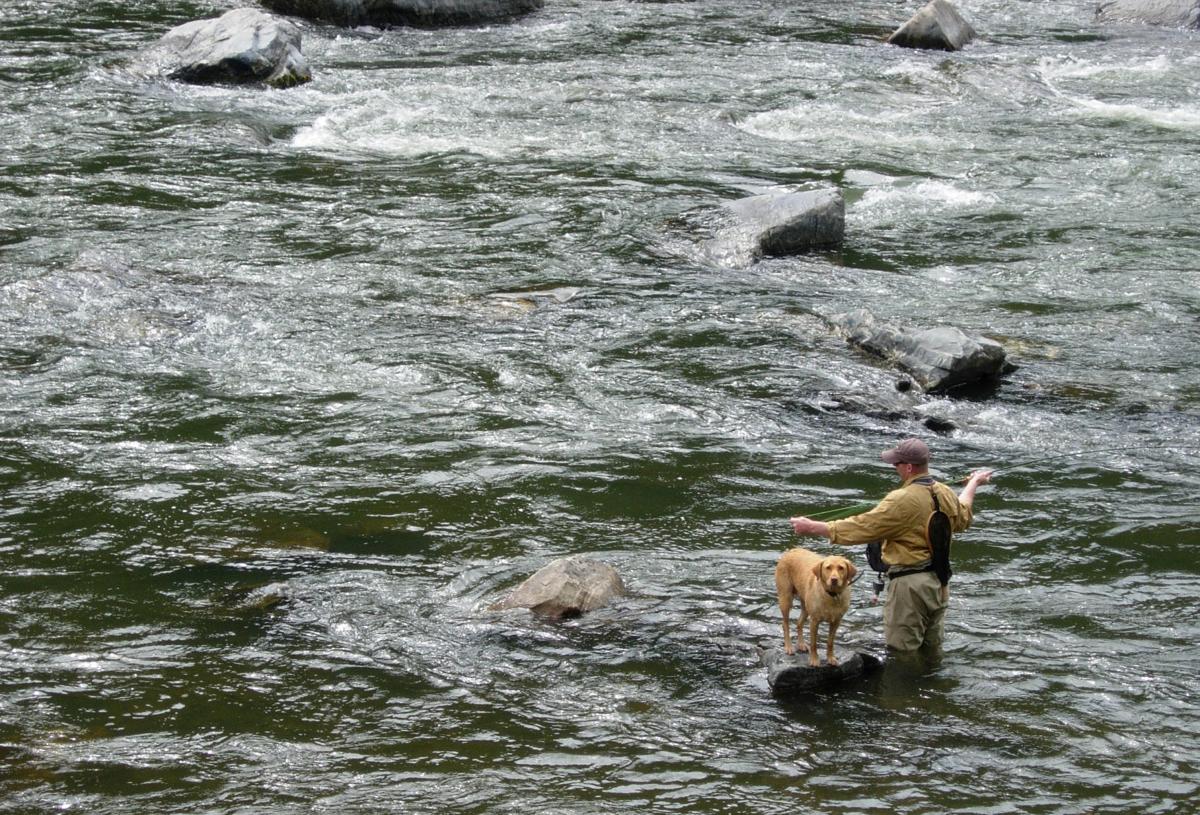 The Madison River winds through several different landscapes on its way from Yellowstone National Park to its junction with the Gallatin and Jefferson rivers near Three Forks to form the Missouri River.

This boat launch on the Madison River below the Bear Trap Canyon is popular with recreational groups floating on inner tubes and pool toys. 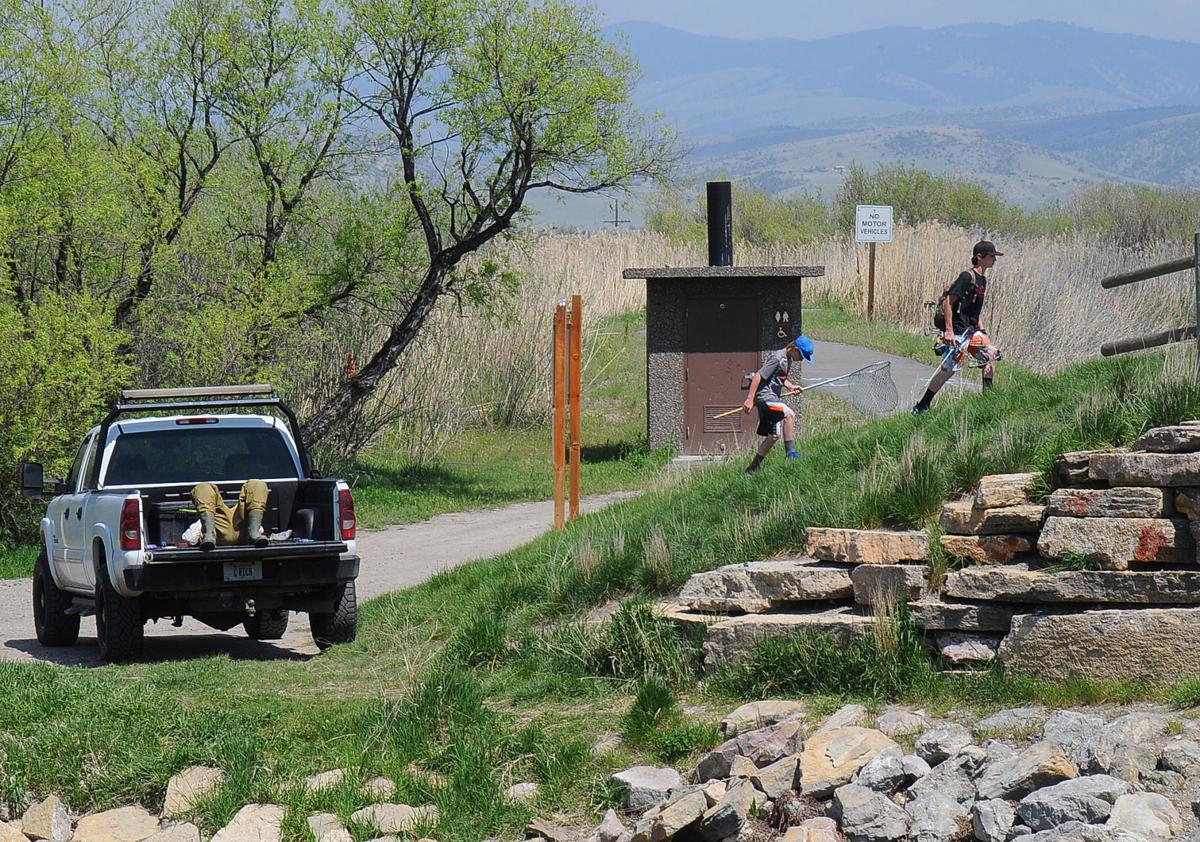 An angler rests in the bed of his pickup while a bow angler and friend stalk carp near a fishing access site on the lower Madison River. 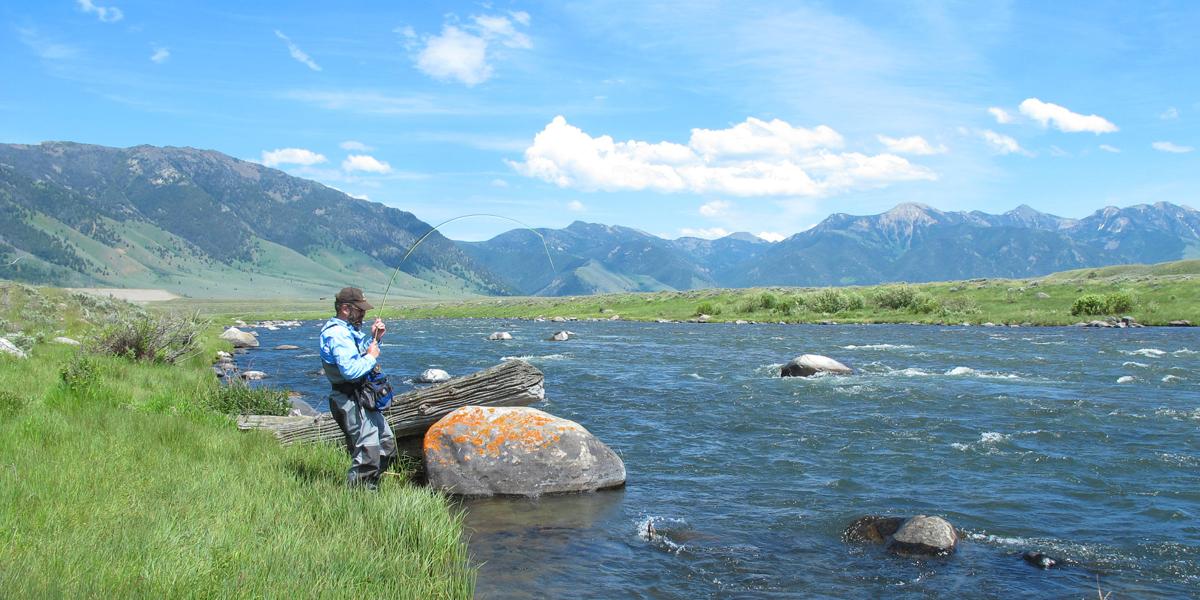 The Madison River already has some stretches of water that are open to wade fishing only, like this portion on the upper river. Groups are at odds over how the river should be managed for increased crowding.